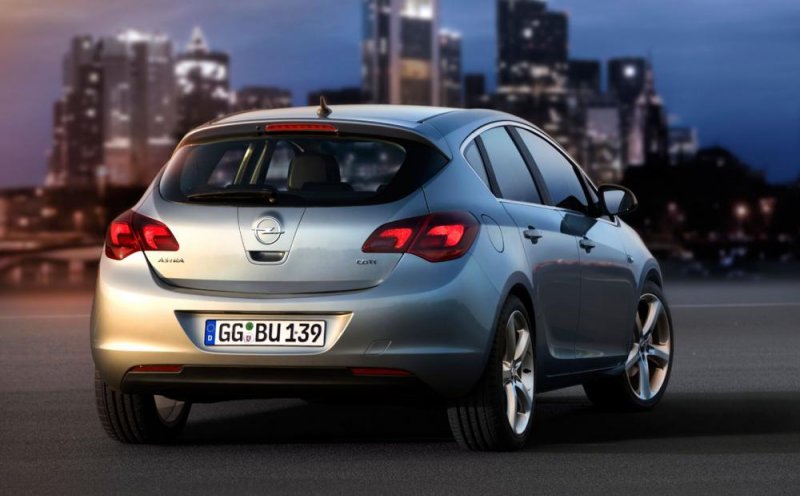 customers since September, the company said on Friday. The Astra is Opel’s most important model and a success is critical for the long-term future of the brand. The outgoing generation that was built in the now-endangered Antwerp plant contributed sales of some 438,000 cars last year or about a third of the brand’s overall volume.

German car dealer Thomas Bieling, who expects to sell 1,600 new cars a year via the five sales points that comprise his Autohaus Bieling dealership, said he is offering a Christmas tree to customers who take the new Astra out for a test drive. “The real advertising from Opel only just begun a couple of weeks ago but its now showing an effect and interest is starting to build,” Bieling told Reuters.

“I expect to see a real lot of people here tomorrow.” Assembled in Vauxhall’s Ellesmere Port plant, the 1.4 litre petrol version with 87 horsepower starts at prices of 15,900 euros ($23,970) for a 1.4 litre petrol version, slightly lower than the base price for a comparable VW Golf that begins at 16,650 euros. Also on the launch list is next year’s Astra Sports Tourer, a source of conflict within the company since Ruesselsheim’s labour force is fighting with management over their decision to concentrate all production of the estate version in Ellesmere Port.

The three-door version to be built in Gliwice , Poland, is expected for 2011. Like the larger Insignia, the Astra was engineered in Germany at its Ruesselsheim R&D centre where the entire global “Delta” compact car architecture for GM was developed. Opel’s engineering competence for compact and mid-size cars was a major reason why GM scrapped plans to dispose of a majority stake in its European carmaker to Canadian car parts supplier Magna.
Click to expand...
Economictimes

The new Opel Astra looks refreshingly new!! 45k booked before being launched is just great!! Any plans to be launched in India??

Looks like a compact Q7, Looks stunning though, Any plans of opel to re-establish its business in india?

Opel is now sold under the "Chevrolet" brand in India. Considering the Captiva is doing good in the Indian market, I don't see this coming in the near future. This will probably surface at the 2011 Auto-Expo.

The car looks good. I love the Astra sedan and I always wanted to own one. This one is a radical change in design but a change is always welcome, isn't it?

This new Astra looks too good. Wish too see cars like this in India.

Wish it comes with Chevy & not as Opel again!
You must log in or register to reply here.