Just earlier this month - Mahindra revised Rodeo with new color options. Now Mahindra has decided to bring out face lifted Duro in December 2011. The changes will be technical as well as facial (New telescopic suspension, headlamps etc.) but rest can be said only when it officially makes it to the market. 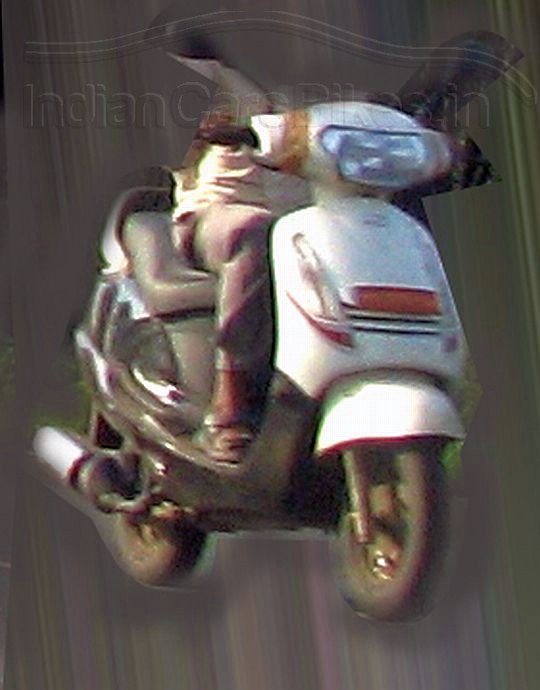 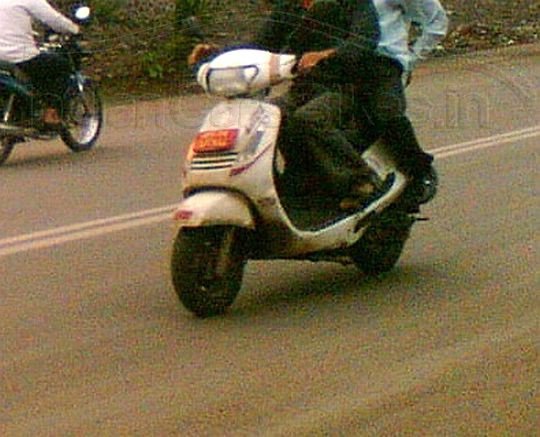 Got some pictures of revised Mahindra Duro. 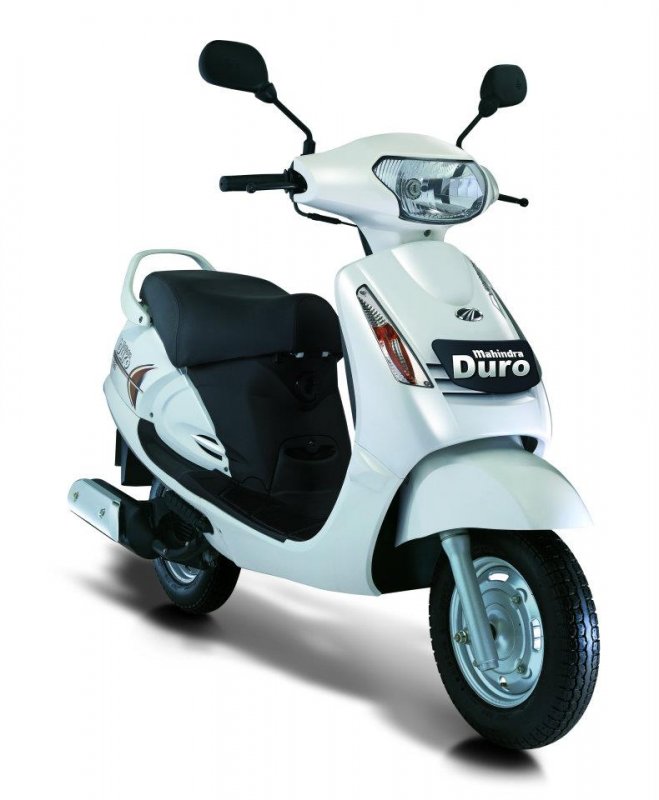 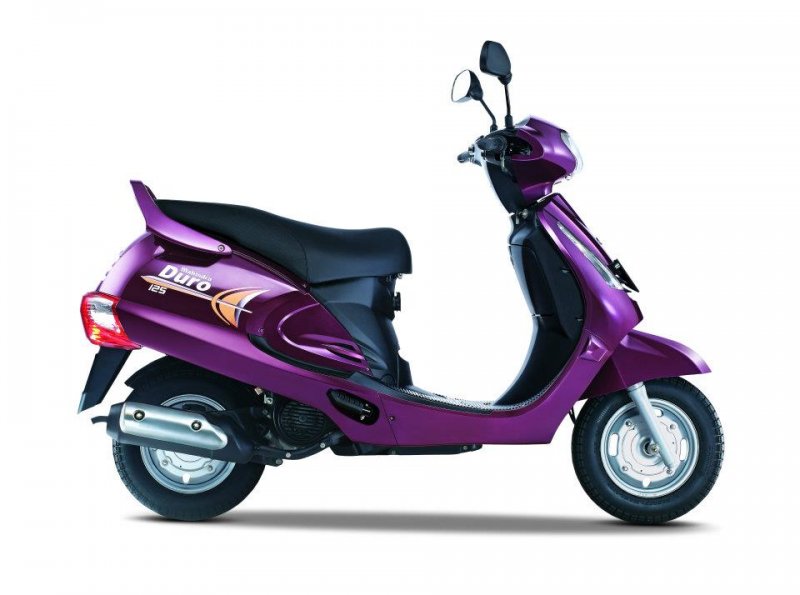 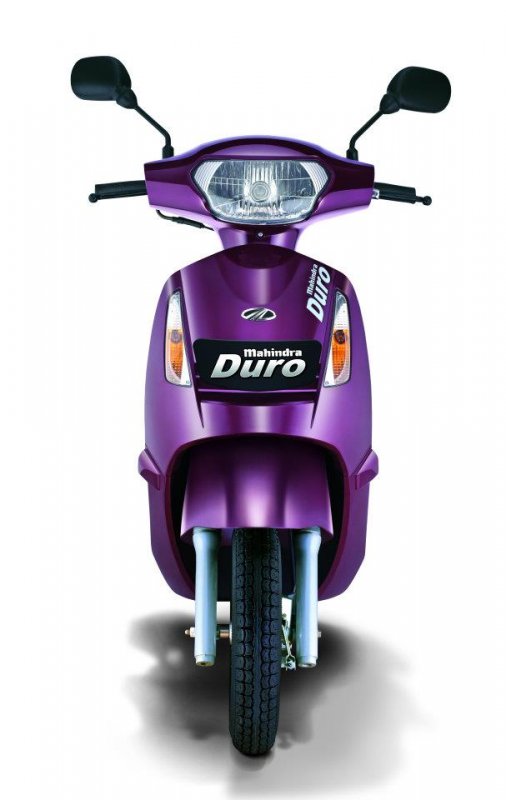 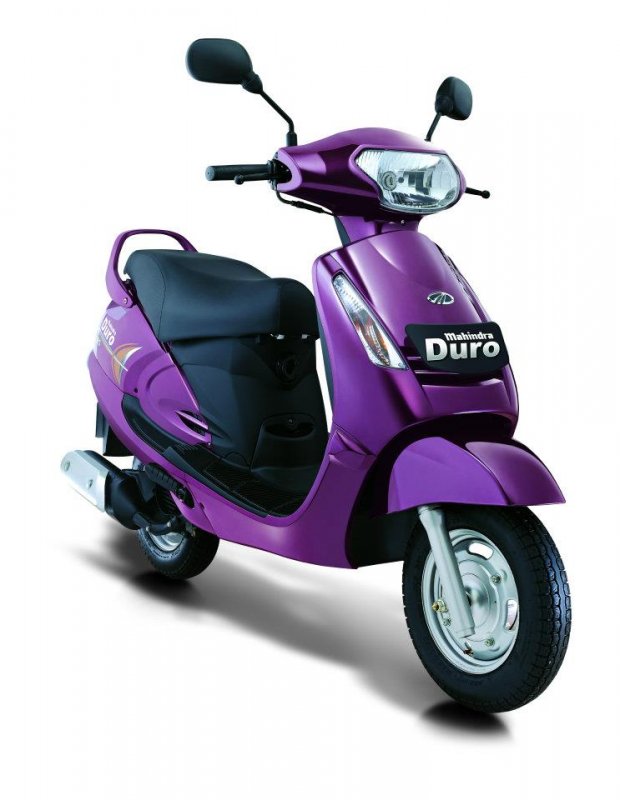 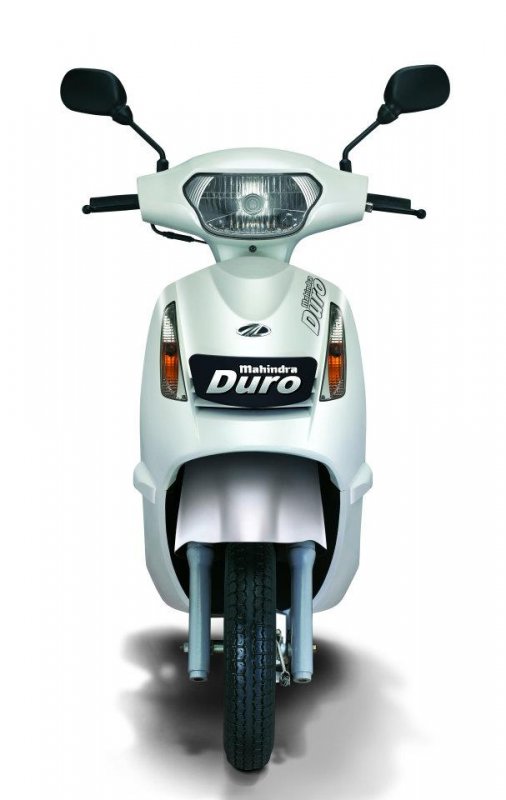 Now that is available in the vibrant red color and has taken my heart away, I want to know more about the easiness of the ride. How good is that? Anyone?

The latest two-wheeler company to enter the booming Indian two-wheeler industry, Mahindra 2 Wheelers has revealed the 2012 model of its scooter, the Duro 125 DX. Ready to take on the might of established players in the scooter segment, the Indian company is putting a solid effort in improving its product quality and the performance of its models. The first one to get a solid makeover is Mahindra' 125cc scooter offering, the Duro. Complete with fancy new decals and impressively good quality of paint, the new Duro 125 DX certainly looks the part with a solid confident stance. There are no odd-looking panel gaps or shoddy-looking welding spots on the joints and the overall build quality looks very neat and tidy. Powering it is the 124.6cc 4-stroke engine mated to the tried-and-tested smooth fucntioning continuously variable transmission (CVT). Pumping out 8.1PS of power at 7,000rpm and 9Nm of torque at 5,500rpm, the Duro is well-equipped to challenge its current 125cc rivals.

One of the most striking change on the new Mahindra Duro 125 DX is the inclusion of a well-balanced and sturdily built telescopic front suspension that replaces the previously employed old-school leading link front suspension. The telescopic front suspension has awarded the new Duro with overall better handling dynamics and stabiltity as well as improved ride quality over its predecessor. Another improvement in order to aid handling and stability is the 4-point mounting for the 10-inch wheels for better distribution of forces and rigidity.
Wide and grippier 3.5" MRF rubber on both ends coupled with the new front suspension and a dual rated coil spring progressive hydraulically damped rear suspension hands the new Duro with iimpressive ride quality on our roads, although the light front-end does feel a bit too floaty when riding over low-traction surfaces like gravel or sand. But on the usual tarmac or cement roads, the scooter feels absolutely sure-footed and planted with the increased wheelbase of 1270mm handing it with good stability even with a light rider onboard it. The raised handlebars are easy to reach while the wide-footboard offers enough room for tall riders to fit in comfortably and leave some more space to keep luggage.
Overall, the new Mahindra Duro is a significantly improved and upgraded model from Mahindra and it highlights the company's intent to get a grip in the premium 125cc scooter category. Armed to the teeth, the new Duro packs in enough grunt for city runs as well as occasional highway bouts along with good ride quality and commanding road grip. The quality of parts has definitely been improved by a huge margin as the scooter feels a lot more sturdier and well put together than its predecessor.

well mahindra has also launched duro dz @ Rs. 44,640. this is introductory price only!

“The Mahindra Duro DZ is a tough and powerful scooter designed specifically for Indian road conditions. The Duro DZ is the result of our R&D team working closely with consumers and extensive testing. The Duro DZ has been reviewed by the leading experts in the industry some of who have termed it the best scooter on Indian roads. We have also created an interesting new marketing campaign with actor Kareena Kapoor which we will be unveiling soon,” Mr. Viren Popli, Senior V.P. (Marketing, Sales and Customer Care), Mahindra Two Wheelers, said.
Click to expand...
You must log in or register to reply here.