Fiat will be unveiling its new Panda at the forthcoming Frankfurt Motor Show in mid-September. The new arrival, which will go on sale in UK next spring, is a consistent evolution of a highly successful city car that has always been a by-word for functional design, manoeuvrability, space, reliability and comfort. While still remaining true to its compact design brief, new Panda has ‘grown’ by just a few centimetres to ensure the attainment of the highest safety standards, and improve the generous level of passenger and luggage space still further. With an overall length of 365cm, width of 164cm and height of 155cm, new Panda can comfortably accommodate up to five people and is equipped with one of the largest luggage compartments in its segment. Panda was the first car in its market segment (A), to win the prestigious Car of the Year award (in 2004). It was the first compact (less than four metres in length) to feature a diesel engine (1986), and it was the first to offer both four-wheel drive (1983) and a range of eco-friendly engines designed to limit fuel consumption. (Panda Elettra, introduced in 1990, was one of the first electric cars). Now in its third generation, new Panda has taken another major step forward in terms of comfort, technology and safety equipment, making its first public appearance with a modern and harmonious new style, but without relinquishing the essential family feeling that has so characterised the marque over the years.

An all-new flexible interior and an elegant new exterior featuring softer, rounded shapes bring new Panda sharply into focus as an engineering project which from the outset was dedicated to improve an already successful model. Construction quality and vehicle reliability have been optimised, and while its exterior dimensions are an invaluable feature for a car principally intended for urban use, it is easily capable of tackling longer and tougher journeys. The new engine range emphasises new Panda’s cutting edge technology. Customers will be able to choose from two TwinAir twin cylinder engines: the International Engine of the Year 2011 85bhp TwinAir Turbo, or the brand new 65bhp naturally aspirated TwinAir, both equipped with Start and Stop as standard. The recently revised four cylinder 69bhp 1.2 litre Fire engine completes the petrol engine range at launch, but a state-of-the-art turbodiesel 75bhp 1.3 litre MultiJet 2 engine, also with Start and Stop as standard, will also be offered. In harmony with its eco-friendly spirit, new Panda also offers a Gearshift Indicator, which helps drivers use the engine more efficiently, and thus reduce fuel consumption. At launch, the new Panda will be front-wheel drive only, but a four-wheel drive version is planned. Safety has been a priority in the new design, and new Panda has four airbags, ABS anti-lock braking with a brake assist system, front seat belts with pre-tensioners and load limiters, Isofix attachments for child seats, anti-whiplash front head restraints, rear headrests, and Daytime Running Lights – all as standard. In addition, new Panda has been engineered to accept Blue&Me-TomTom LIVE, a device that combines the advantages of an infotainment system which is integrated and connected with those of a portable navigator, opening the doors to connectivity. The system allows new Panda customers to use mobile phones and media players in complete safety, without ever removing their hands from the steering wheel, while providing a unique and distinctive navigational experience, built into the dashboard, and offering the most accurate traffic information updated in real time.


I feel this is the car Fiat should launch in India.Plonk with a 1.3 Multijet, make the steering lighter for the masses, bring same the interior, I think it will work.
What is your opinion? 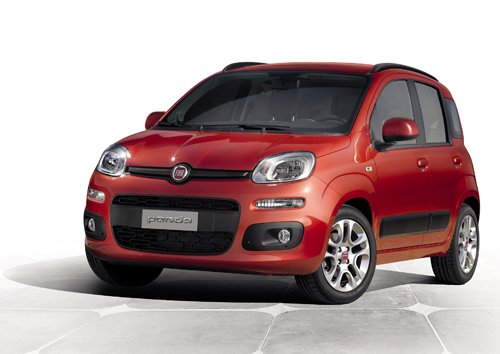 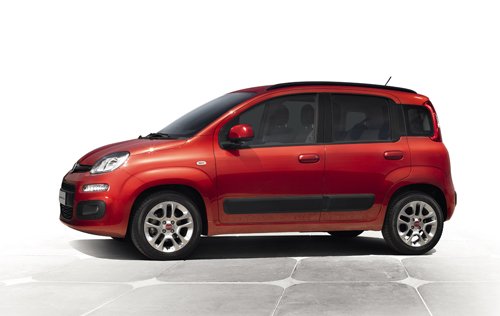 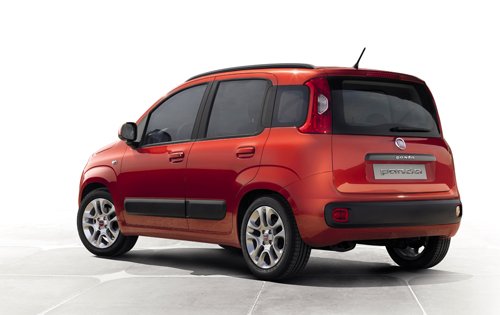 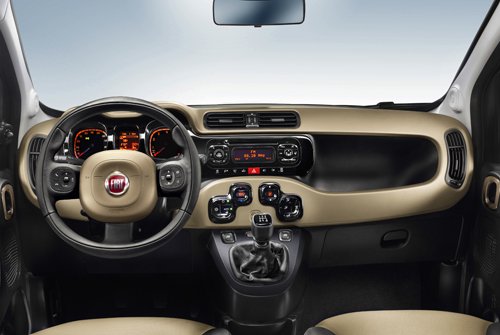 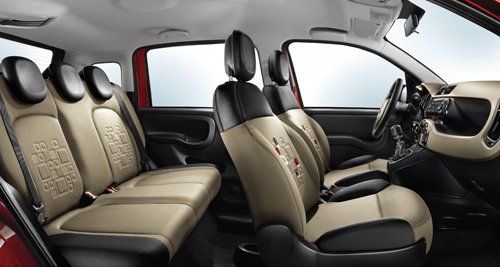 It will take time to see this in India. Also interiors will be downgraded as usual
P

@venom,
To me the new panda looks very good.Being a tall boy headroom will be good too.
There is a limit to downgrade an interior.

@surfer,
Overall interior design and the colors used can be bought in India.

I feel fiat can use this opportunity to make cars with excellent fit and finish with good quality plastics at the first place itself.
Last edited by a moderator: Sep 6, 2011

Best bet in India for Fiat would be to position this car against Wagon Rs and i10s. They can add a new segment to their India portfolio.

'venom' said:
Hi, Panda interiors are very good but exteriors are very ugly !
Click to expand...
I don't think the exterior are ugly, but looks like international, though its a personal choice

I think this Fiat's new Panda will be a hit on Indian roads whenever it will be launched and will be a good challenge for the other mid-size car's too.
J

I think this Fiat's new Panda will be a hit on Indian roads whenever it will be launched and will be a good challenge for the other mid-size car's too.
Click to expand...
Too early to say that.
Plastic quality and ASS will say .
In pictures and teaser all the cars look great but when it is in front of you then you realize the truth.

I didnt like the rear part.Dashboard design also looks odd to me.
And which all cars will be its competitors in India?
C

Classic Retro looks. SHould work well in India if priced attractively in the range of Wangon R

Front looks a bit MICRAish. Read is too bland. But seems like it has descent ground clearance. I guess it would be placed in territories of swift/i10 at least.

The Fiat Panda has been awarded a “shocking” zero stars for crash safety by Euro NCAP, and is only the second car to be given so low a rating. The first zero-star car – the Fiat Punto – was withdrawn from sale just eight months after being retested according to NCAP’s latest criteria.

I guess with Zero stars, this Panda will hit our shores quickly now.
You must log in or register to reply here.