Michael Pershke, top man at Audi India said “We have certain products in mind which we want to introduce to gain leadership position in the Indian market. We are looking at adding on A3 to our portfolio and are conducting a market study to assess the feedback among consumers here”.

Audi has revealed the refreshed version of A3 in Geneva. This is the vehicle which we can expect from Audi to launch in India sometime soon in future. 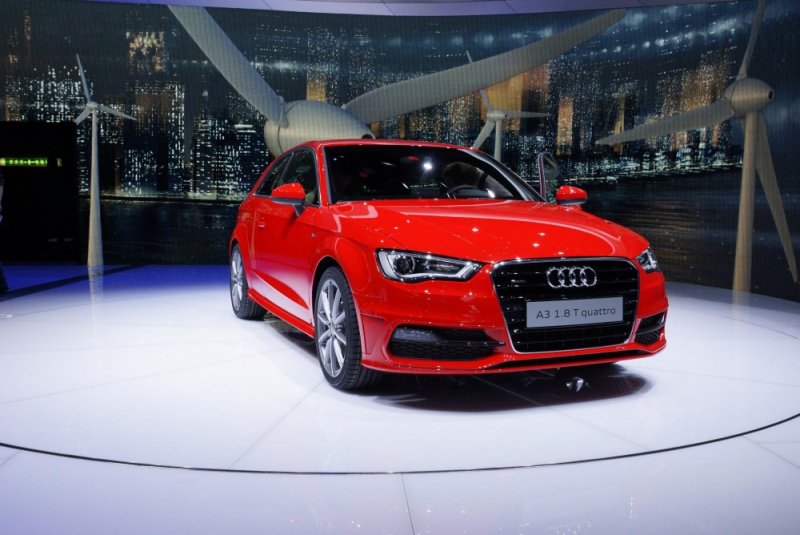 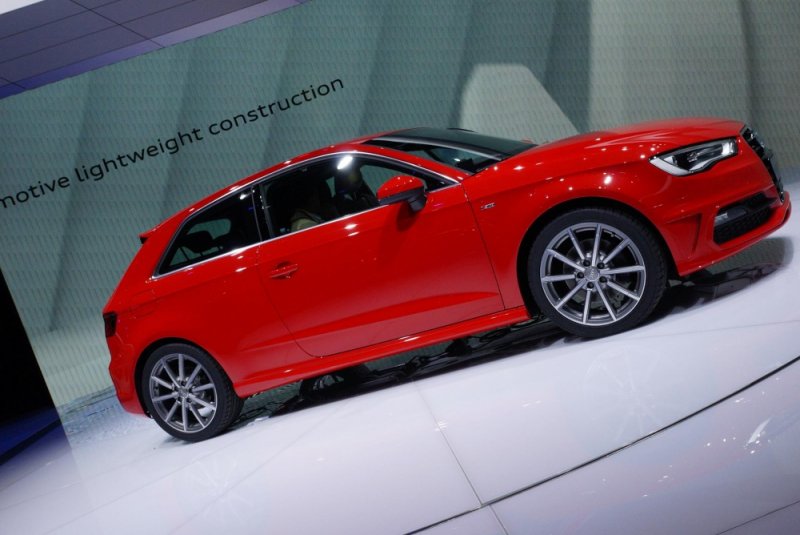 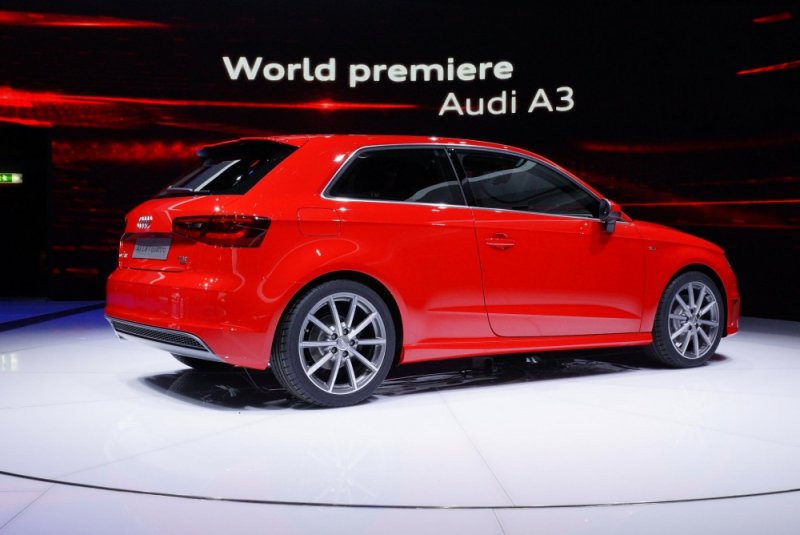 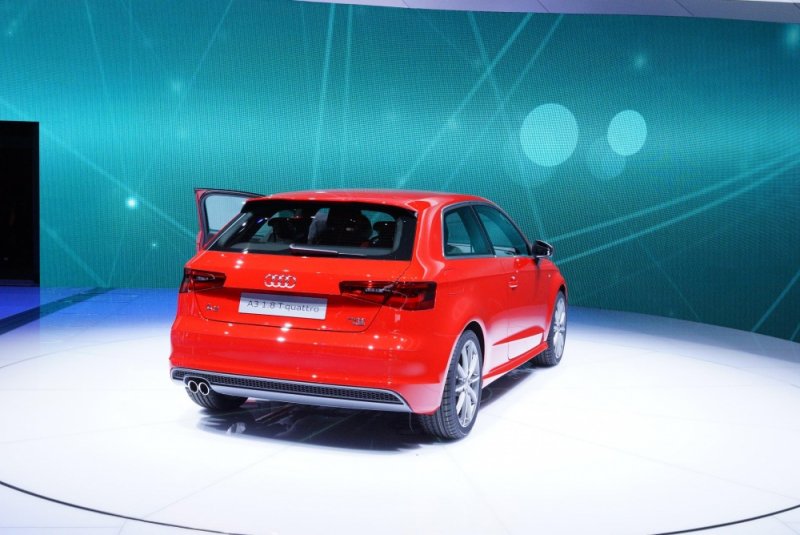 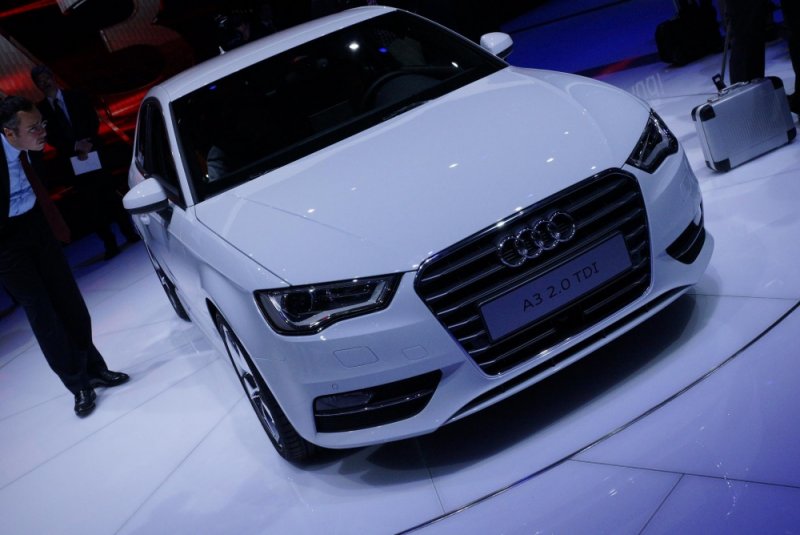 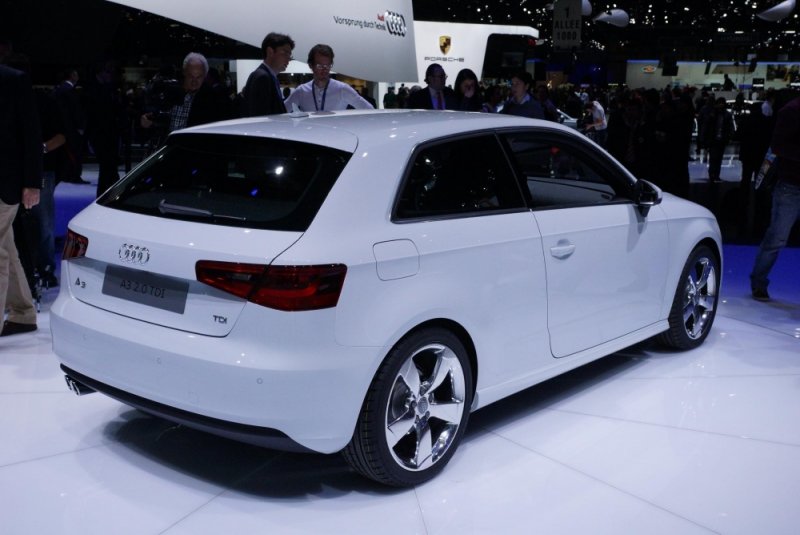 With BMW and Mercedes gearing up with modern products like 4 Series coupe and CLA 45 respectively, the third German giant has decided to launch the Audi A3 Cabriolet to fight off the competition in the upcoming Frankfurt Motor Show.

The A3 has always been a well-proportionate car with decent performance and nippy character and the cabriolet look no different either. The car is based on the Volkswagen Group’s MQB (Modular Transverse Matrix) platform.

It is obvious that the A3 cabriolet will be more sharp and stylish than the outgoing model but it is also prominent that the cabriolet will be a look-alike of the A3 sedan. LED-treated headlights and Audi’s traditional hexagonal grill are set to characterize the front fascia of the new cabriolet. A fabric rooftop and dual exhaust setup is likely to go onboard as well.

The engines will be derived from the A3 line-up with the likes of smooth, refined and powerful 1.8 TFSI and 2.0 TFSI variants on the avail. Special plans for a much more mean and powerful RS3 Cabriolet could also be under consideration to rival Mercedes’s AMG and BMW’s M models.

The Audi A3 marks 20% of the Audi’s total sales and therefore this new A3 Cabriolet is a very important new model for the brand’s reputation as a manufacturer of lifestyle products. After all it helps to have a few hotties in an portfolio that is largely populated by understated cars.

SCOOP-Audi A3 Sedan in India

The India-bound Audi A3 Sedan has arrived! At least the test prototype has arrived.Audi has already started testing their compact offering on Indian soil.A3 Sedan caught in Vile Parle, Mumbai.

Audi has designed the A3 Sedan in such a way that it is more of a miniature A4 rather an A3 with a boot pasted on it. This should definitely bode well with us Indians as we don’t judge design very critically in the luxury segments. And given Audi’s aggressive pricing strategy its taken with recent launches, its all points in the direction of another high-voltage launch.

The A3 Sedan locks horns with the Mercedes CLA in European markets where both cars are on sale. In 2014,we can expect India to host the battle ground for the two sedans as well.

Audi released had taillights with LED elements in typical Audi fashion. The A3 Sedan here does not feature such elements, it appears more conventional. And that is because this is the base variant of the A3 Sedan.

A3 Sedan would be sub 25 lakhs when it goes on sale next year. Whether Audi India would assemble the A3 Sedan from Day 1 or whether they would bring it as a CBU in the beginning and then commence local assembly is something we will have to wait and watch.

Audi A3 to arrive in India via CKD route

Audi India is believed to bring the new A3 sedan via CKD (Completely Knock Down units) route to India. Showcased at 2014 Auto Expo, the new A3 certainly looks promising and has even captured lot of attention out there at the event. Audi's recently appointed Head, Joe King, expects the new A3 to be a best selling luxury car. This indicates towards the aggressive price with which the sedan will arrive in India. The launch is anticipated by mid this year.

The company has firm plans to start full-fledged manufacturing units at Brazil, Hungary and Mexico. Earlier, Audi brought Q3 via CBU (Completely Built-in Units) route before shifting over to local assembling. While in India, the company will use Škoda Auto India Private Ltd's manufacturing plant at Aurangabad, Maharashtra to produce A3s. On the other hand, a CKD product is profitable as it attracts less tariff, though Audi had managed well enough to adjust the price on CBU products to match the one on CKD products.

Audi A3 gets a 1.8-litre TFSI engine, which in Europe is able to belt out max power of 180bhp and 250Nm of peak torque. The diesel model shows with a 2.0-litre TDI engine that churns max 150bhp and 320Nm of top torque.

Audi A3 to arrive in India via CKD route | CarDekho.com

Upcoming Audi A3 spied in India

Audi’s upcoming entry level car, the A3 has been spied in India. The A3 will be launched in the second quarter of 2014 which means it could be as early as next month.

The car in these pictures looks like the entry level variant. While the badges on the car we spotted have been removed, the absence of Audi’s signature LEDs in the headlights and fabric upholstery on the inside indicate an aggressively priced base variant. The A3 gets five-spoke alloy wheels as standard while the top-end variant could get the nine spoke alloys as seen on the ones displayed on the A3 at the Auto Expo in February. The higher variants of the A3 will get a leather package and LED headlamps. Audi could very well assemble the A3 in India from the launch itself.

The A3 sedan will rival the upcoming Mercedes CLA. It is called a sport limousine to distance it from the larger A4 ‘proper’ sedan but that doesn’t mean it is too small on the inside or a considerably lesser car. The A3 will come with a 1.8-litre TFSI petrol engine developing 180 PS of power and 250 Nm of torque and a 2.0-litre diesel motor with 152 PS power and 320 Nm torque rating, both familiar engines doing duty in the Audi range sold here. Two gearboxes should be on offer – the 6-speed manual unit from the Q3S and the familiar S-tronic dual-clutch gearbox.

The A3 looks unmistakably Audi with its jagged edged headlights and tail lamps, the large gaping grille extending to the bumpers and the horizontal waistline extending from the headlights.

The A3 sedan will target a younger audience like Mercedes does with the A-Class and BMW with the 1-series. But unlike its German competitors, Audi has decided to launch a sedan as the most affordable car in its range most likely because the sedan body style is seen as a status symbol in India. And since it will be assembled here, expect the A3 to be priced on par with these hatchbacks or even undercut them.

I hope the launch in the sub 20 lac price bracket so it can pull customers from VW/Skoda/Toyota also.
D

Pricing it below 20 lakhs would be suicidal,how on earth are they gonna price it below Octavia on which it is based? I feel they will price the base model a bit above the top Octavia.
V

The Audi A3 sedan, which is slated to arrive in our showrooms sometime this year, has just earned top honours in the Insurance Institute for Highway Safety (IIHS) in the US crash test. The IIHS rated the Audi A3 compact sedan as Top Safety Pick+.

The IIHS awarded the Audi A3 sedan the top score of 'good' in all crash disciplines rated. It also gave the A3 an 'advanced' rating for Audi pre-sense front. The system informs the driver when the safety interval to the vehicle ahead becomes too small. In critical situations, the electronic assistant warns the driver and initiates automatic emergency braking, if necessary. That reduces the speed at impact or, in the best case, helps to prevent an accident entirely
Click to expand...
Audi A3 sedan scores top honours in US crash test | Car News | Compact luxury saloons | Autocar India

Audi has been testing the A3 Sedan in India, for quite some time now, reports of the first test mule spotted surfaced late last year. This time around we spot one testing near Powai in Mumbai.

The A3 sedan will be Audi’s bet at the fast growing entry-level luxury segment. The car will feature well appointed interiors and a choice of powetrains. The car will be launched shortly in the coming months. Audi has also announced that the A3 will be their first offering in India which will be assembled right from the word go.
The A3 sedan will be offered in petrol and diesel variants. The petrol variant will be powered by the 1.8-litre TFSI unit producing 168bhp and 320Nm; and the diesel variant will get the 2.0-litre TDI mill with an output of 141bhp and 320Nm. A seven-speed DSG gearbox will transmit the power to the front wheels.

The A3 will come laden with all the goodies one can expect from an Audi at an affordable price. There are rumours that Audi may also bring in a stripped down version to price the car aggressively. The car will compete with the upcoming Mercedes CLA sedan in India which is also slated for a launch this year.

Audi A3 to arrive by third quarter this year

Positioned as the cheapest Audi all new A3 sedan, will arrive by second half of 2014. The company plans to bring all-new A3 sedan via CKD (Completely Knocked Down unit) route, and then assemble it at its company's local facility. This would enable the company to price this new upcoming sedan aggressively against its upcoming competitors. However, there isn't any direct competitor for A3, but soon Mercedes-Benz will introduce the new CLA in the market; which can be expected by end of this year. The German luxury brand also plans to bring a performance oriented A3, which would be tagged as S3 for Indian car market. However, our close sources claim that S3 might come before A3 in India.

n the affordable luxury products segment available in India, we've got BMW 1-Series and Merc A-Class, which could face the most likely threat with the launch of all-new A3. As far as engine specs are concerned, the diesel version will be powered by a 2.0-litre TDI engine producing max power of 150bhp and top torque of 320Nm. The car even offers impressive mileage figure of 25kmpl. With the petrol version, there are two engine options- a 1.4-litre TFSI and 1.8-litre TFSI, that are offered on global fronteir. The former is capable of churning max power of 140bhp, and the later being more powerful produces top power of 180bhp. However, to comment over the powertrains with which A3 will arrive in India, seem too early to comment as of now.

The smartly designed sedan is smallest in its segment, but surely doesn't compromise over the interior comfort levels- easily accomodating five passengers. It has even got enough boot space of 425-litres.

Audi A3 to arrive by third quarter this year | CarDekho.com
V 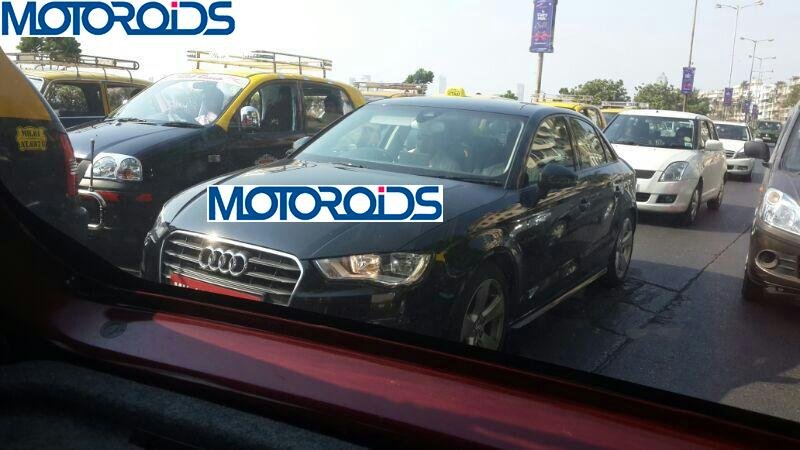 At the Big Apple event, 69 journalists from 22 countries voted on a number of criteria, picking the A3 from 23 other contenders.

Built on the same MQB platform as the new VW Golf, which won the Car of the Year title in 2013, the A3 is available in four body styles – 3-door, 5-door, sedan and cabriolet. There are also S3 hot versions of all these cars. An RS3 with 367 hp is also coming next year to act as a flagship.
Click to expand...
Audi A3 Named 2014 World Car of the Year in New York
You must log in or register to reply here.