My Trip to Hyderabad - Tour and Car

@Surendar:
The pics are really nice.
Any more snaps of Singapore there?????

After our visit to Film City,we went back to our hotel,refreshed ourselves,and it started to rain heavily,and then we hired an auto and went to a shopping mall/cinemas called "Prasad's IMAX",we reached there at 6.30 PM,and it was over crowded,as it was raining outside and it was during Ramzaan time,as nearly all people break their fasting by having a nice family get together like meets at malls.We played a few games like basketball and boxing at the games center,and my friend,Omar wanted to open his fasting by having some food,so he decided to have our food at McDonald's,and the food was good to me,as i am tasing at McDonald's for the first time.(First Picture)
At 8 PM,we made a walk nearly 100 metres to Lumbini Park,since it was drizzling,we didn;t get into the boat that leads to the Budha statue at the centre of the lake.The second picture is a picture of myself leaning against the rest area from where people take photos.THe Budha statue can be seen with the reflection of the lights glowing in the lake.
At 9 PM,we went back to our hotel,packed our bags and i was in the room taking rest,while they both went for mini shopping and came back after 30 minutes.
At 11 PM,we made a plan about the return trip,as Omar had a Blackberry mobile with him,which had GPS navigation and the total money spent on the trip so far.
We planned our trip to start at 12 AM,as our hotel check-in time was 11.45 PM,and we had to check-out at 11.45 PM.
So,we checked out at 11.35 PM,and paid our bills and we started to move to a hotel to get our night foods packed up,and due to heavy rain,almost all shops were closed earlier itself,and we had only one hotel opened,that was where we got our regular foods in the nights.
We had our foods packed,nothing much,we ordered Tandoori chicken(full),chicken 65 and Haleem for the other two guys.
Before getting into the road to Vijayawada,my friends started having Haleem,which i won't eat,and i was just driving at average speed of 80 kmph,and Balaji slept off in the back seat,and I played the CD with my favourite songs and our drive started there and myself and Omar were talking and teasing each other.
After a few hours,nearly at 2.50 AM,we halted at a place,which was a food plaza with resting area.Balaji was asleep and was not interested to have food or water,so myself and Omar went to the restaurant and they had only snacks like Samosa,cutlet,etc.we bought two fountain Pepsi(s) and went back to our parking space and had our food completed.
Then,we started at 3.20 AM,and reached the highway,and it still drizzling with on and off heavy showers.By that time,both were asleep and I continued my drive through lorry/bus traffic and diversions.
At 5.30 AM,we halted at a junction,as Omar got up from sleep and wanted to have a face wash and we took a few snaps of my car and ourselves in the cloudy climate with drizzles.
Then,we headed towards Vijayawada,which was about 40 kms from there.
At 6.30 AM,both were awake and we had our usual funny talks,tease and Omar had to manage his parent's as he has told them that he is coming by flight.
At 7 AM,we crossed Vijayawada and entered into the 4-way lane highway to Chennai,and Omar slept in the rear seat,and myself and Balaji were talking all the way long,and halted at a place,where we found nice flowers on the divider.Then I took some photos of the flowers,i didn't take snaps of the yellow and white flowers,which didn't look appealing to me.
Then I continued the drive again and at 9 AM,Omar got up and we started to talk again and we had some real fun seeing the photos taken during the trip and the funny incidents at the film city.
At 11 AM,Omar wanted to talk with his parents regarding the flight issue,we halted on a good place to take rest and myself and Balaji wrote our names on the car's rear end which was fully dusted and I was the one who wrote"Bad Boy and Get Lost!!!" on the rear bumper.
By 12.30 PM,we entered into Chennai,we could have been much earlier,the reason for late arrival id due to rain and slow driving with lot of photography on the move by Balaji.
-----------Next Post-----------

mukeshus said:
@Surendar:
The pics are really nice.
Any more snaps of Singapore there?????
Click to expand...
Singapore????,I don't get you?Can you explain me please?

Good pictures again Surendar. Your car looks in bad condition after the rains , given it a wash now?

And full night driving? Must have been fun but slightly risky and you even managed it with outings on that day and continuous driving for two days , Thats great!

And i guess you have only south indian or chinese food most of the time. Try out outlets like KFC , Marrybrown , Mcdonald's also , they will also taste good!

Surendar just noticed that truck which is heavily over-loaded!!

Click to expand...
yeah,it was definitely overloaded and my friend,who worked in Rajasthan said that it is no where when compared to the trucks in Rajasthan.
-----------Next Post-----------

cooldhaya said:
Good pictures again Surendar. Your car looks in bad condition after the rains , given it a wash now?

And full night driving? Must have been fun but slightly risky and you even managed it with outings on that day and continuous driving for two days , Thats great!

And i guess you have only south indian or chinese food most of the time. Try out outlets like KFC , Marrybrown , Mcdonald's also , they will also taste good!
Click to expand...
Thanks bro.
Yeah,it wasn't that much tiring,as i LOVE DRIVING.
Regarding foods,I love all foods especially anything in Chicken.I have tried all restaurants/hotels like KFC,MacDonald's,MarryBrown,Pizza Hut,Pizza corner,Dominoes Pizza and others.
I don't eat or taste what i don't like.If friends compel me,i might give it a try,but,people don't compel me.
-----------Next Post-----------

mukeshus said:
@Surendar:Doesn't Ramoji film city had a dedicated set of Singapore location.
Click to expand...
I don't know it,as we didn't have enough time to explore all places,as we entered only at around 12 PM.
Last edited: Sep 19, 2010

Oh okay bro since you mentioned that you had food for the first time in Macdonald's i though you might not have tried these fast food outlets.

cooldhaya said:
Oh okay bro since you mentioned that you had food for the first time in Macdonald's i though you might not have tried these fast food outlets.
Click to expand...
When i was in Chennai,there was not even one MacDonald's outlet in Chennai,the rest were opened then,that's why i said i haven't tried at MacDonald's,it was good to me.
Thi trip was another memorable incident for all three of us.

Hmmm Chennai has only few outlets for Macdonald's. There is one in Anna Nagar near Roundtana now.


Yes such trips with friends are always memorable! Am also looking forward for such trips in future.

Nice photographs and well-written travelogue, surendar. The photographs reminded me of my visit to Ramoji Film City in 2007.

cooldhaya said:
Hmmm Chennai has only few outlets for Macdonald's. There is one in Anna Nagar near Roundtana now.

J.Ravi said:
Nice photographs and well-written travelogue, surendar. The photographs reminded me of my visit to Ramoji Film City in 2007.
Click to expand...
Thanks,it is a nice place to visit for everyone.
Last edited: Sep 20, 2010

I think I'm reply to this trip after 10months. i saw some of your trip pics in orkut previously, but now only i studied the whole travelogue...

Just refreshed those memories. I was instantly recalled of this thread during the recent visit to Hyderabad. And if I'm not mistaken, the last image on the previous page is car parking spot of Ramoji Film City. Surender, Please share with us more photographs of Ramoji (if any): http://www.theautomotiveindia.com/f...ing-ramoji-film-city-experience-lifetime.html

PS: I could see a lot of Nissan Micras there. Can't say if it was just a co-incidence. 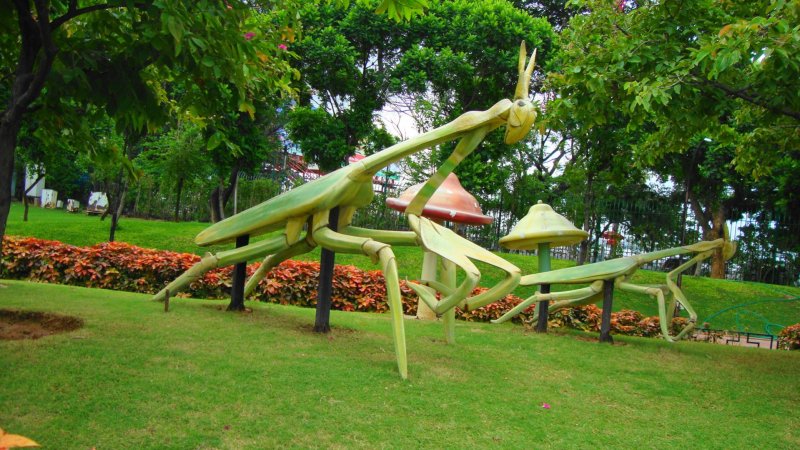 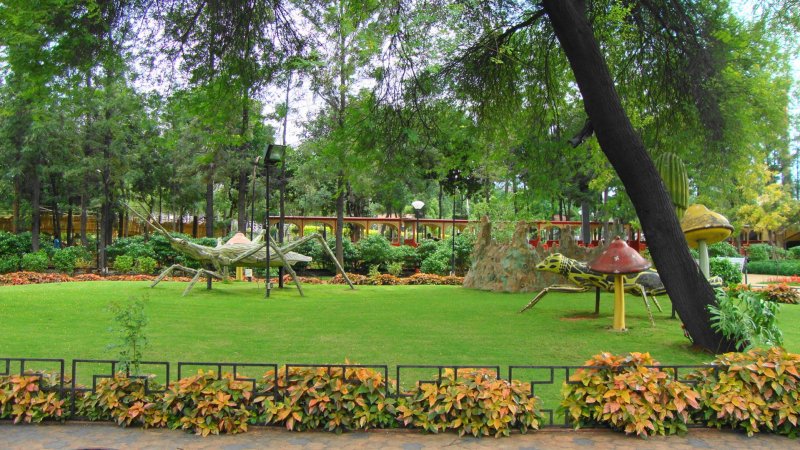 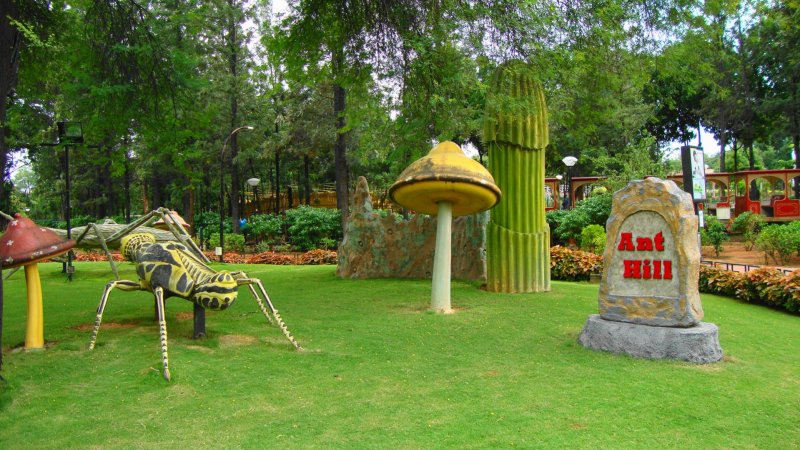 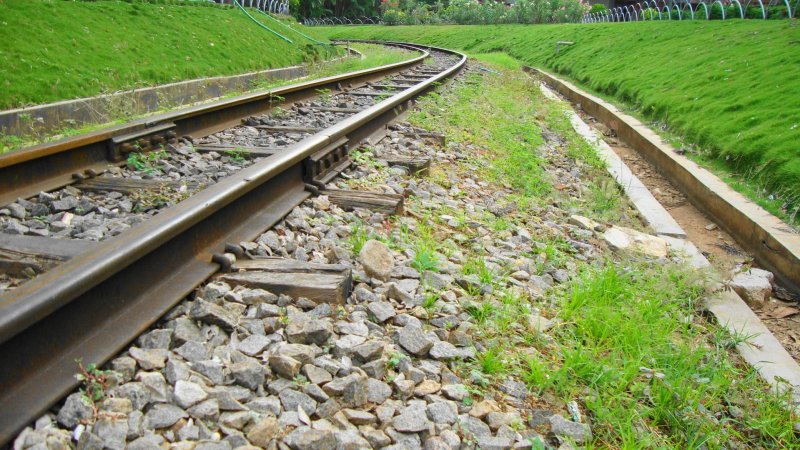 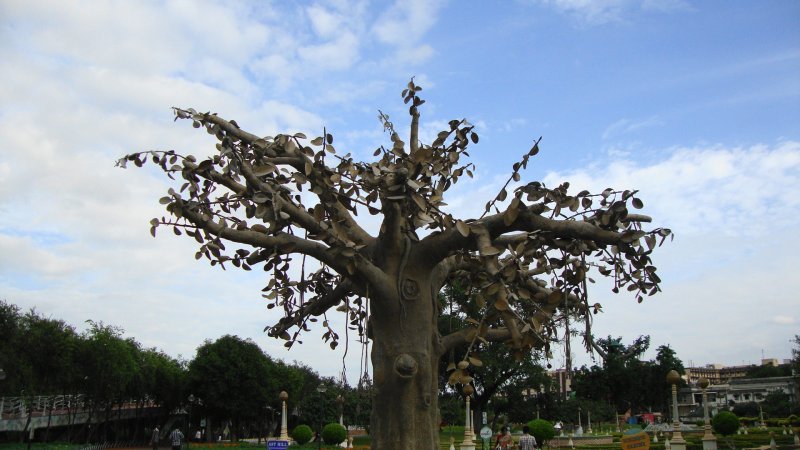 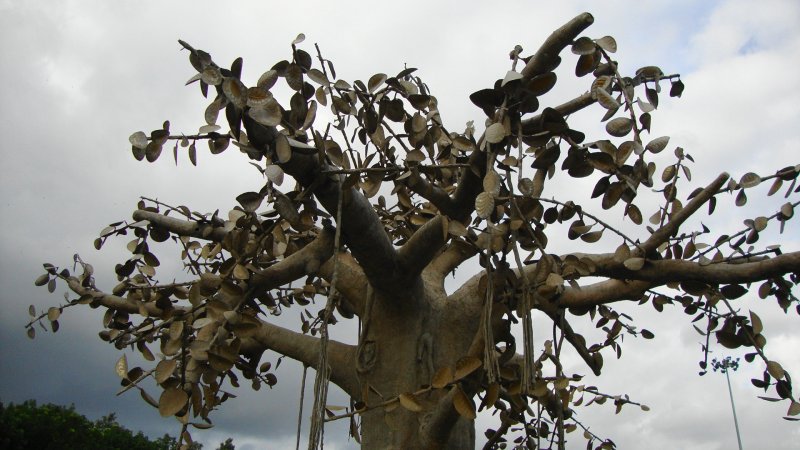 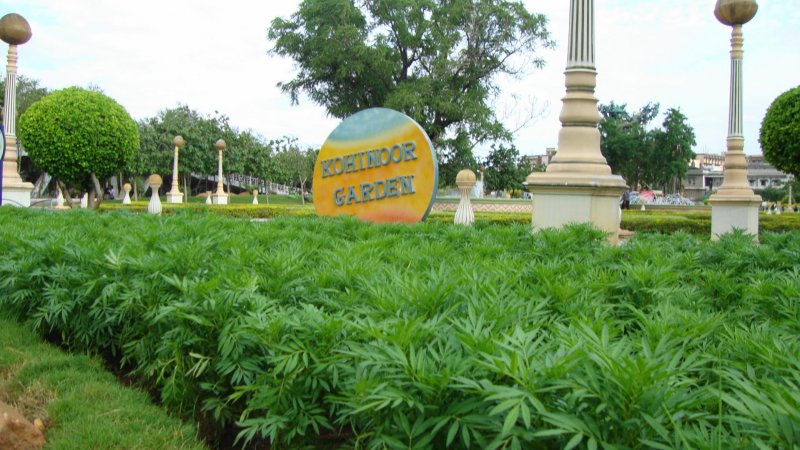 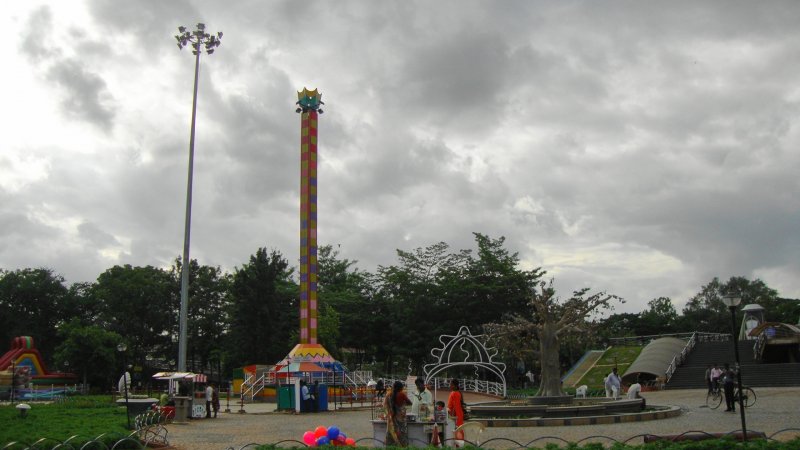 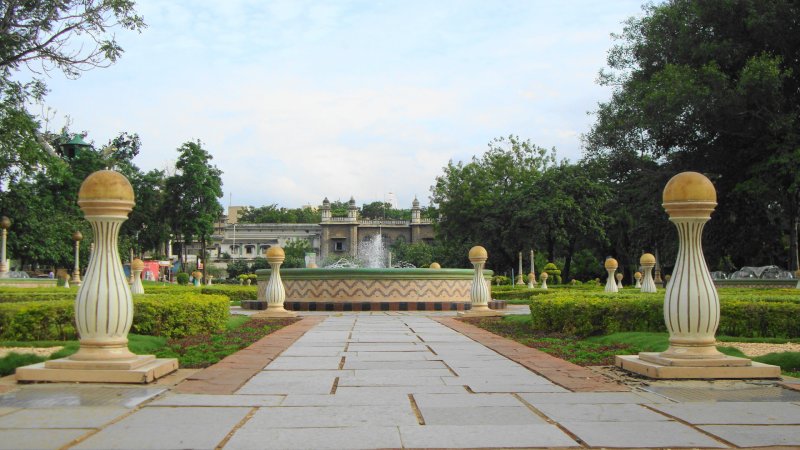 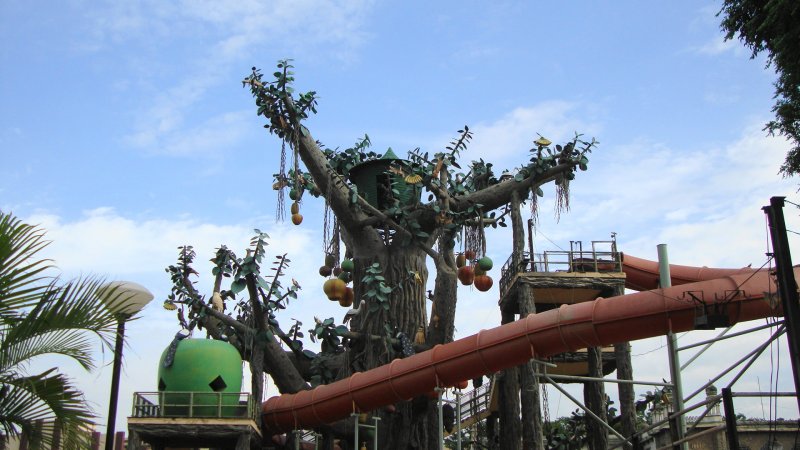