My Tool Collection & DIY Adventures With Them

mayankdixit said:
My wife gifted me these 3 invaluable tools today. I was searching them in my local tool market for quite some time. But to no avail. Finally noticing my frustration she ordered it online, and voila, I was surprised and happy at the same time. But few of my friends did not share my delight.
My friends said," Mayank she should have gifted you a watch or something. You are stupid to feel happy about this mechanic type gift". I replied-"Watch is nothing in front of these gifted out of love tools and you are dumb to compare this to a watch. I am more happy with this than a boring titan or Timex or something! AND there the conversation ended
Click to expand...
Welcome gifts for a tool lover hubby.

mayankdixit said:
Man is a tool using animal.Without tools he is nothing,with tools he is all..
Thomas Carlyle
Since childhood I had a fascination for tools esp.the ones used on scooters.One of the very first memory of a tool was of the spark plug opener wrench with a tommy,which was used in front of my eyes often,by my grandfather on his lambretta.When I grew up,I had a L.M.L scooter,with a tool set provided with it.That was my first personal tool set.I preserved it for 16 years,till I sold off the scooter.The problem with spark plug wrench was that it was made of inferior quality metal(most of them are).It got warped on applying extra torque.At that time I was sad,blamed myself for making it useless.
When I got married I had a maruti 800 deluxe (emerald green).It had it own tool set.And I was more than happy,to have 2 tool sets together.I loved it.I took care of it and washed it regularly.One day the grey coloured front grill came off and started rattling.I opened the bonnet and inspected closely.There were screws needing tightening.Also there were 10 no. bolts loose on the front trim above the grill.I was determined to do it myself without any ASS help.I searched the local small shops around my home.There were many mechanics and all ,but nobody had any clue where to buy the specific tool for it.That day after little bit of asking around I actually bought my 1st tool,and used it too.It was a small thing for others but a big feat for me then.
Later on when I started earning money was really scarce.No One will believe it ,but I had to save for quite some time to spend on tools and other DIY stuff.

I mean I had money to eat and live and take care of rent and petrol,but that was all.There were no savings and certainly no money for this tool-busines.Whenever I used to go to different service centres,I used to marvel at the good hand tools these mechanics used,and how easy these tools make their work look(which actually is not easy).I wished someday I could lay my hands on one of those torque wrenches,used by them.
Collecting and using the tools is not my hobby but my passion. Its the extension of me. Just like I love my cars,so do I love my tools.and I enjoy using them.The good thing is,unlike my cars, I am sure my son and his son too has a good chance of inheriting and using them.


along with the helper rods
View attachment 239364


both the jacks together.
View attachment 239367


This is a trolley jack,and its very handy.this is automotive grade paint,which I have used on the jack bought for the purpose of touchups of ritz and swift.This jack has 3 ton capacity.I have used this extensively while changing and mending puncture tyres,as well as changing shockers of swift as well as ritz.
I have a unique habit of painting each and everything (esp. cars and tools and bike and activa!!)around me.Its hand painted by me.OEM Paint was green.
View attachment 239368

this is the most used jack in the house.I have installed rubber on the front (to protect the contact points of car )leftover from the old shocker of rits
View attachment 239370

I even painted the iron tyres and make it look like a toy car.
View attachment 239371
Click to expand...
how much is the hydraulic jack and is it good and any other good ones there

swiftndrift said:
how much is the hydraulic jack and is it good and any other good ones there
Click to expand...
Hydraulic jack is not costly. You will get a good 2 ton jack for 800 to 930/-in the market. Of course you can also order it online. It is good in that you can raise your car in a jiffy with not so much effort required as the scissor jack.
Last edited: Aug 20, 2018

mayankdixit said:
Hydraulic jack is not costly. You will get a good 2 ton jack for 800 to 930/-in the market. Of course you can also order it online. It is good in that you can raise your car in a jiffy with not so much effort required as the scissor jack.
Click to expand...
Mayank, do we have a smaller hydraulic jack, like a bottle jack, which can be accommodated in the boot?

Nanofreak said:
Mayank, do we have a smaller hydraulic jack, like a bottle jack, which can be accommodated in the boot?
Click to expand...
Its capacity starts from 1 ton onwards. Costs about 500 thereabouts. It can be safely and securely be put /strapped/folded under the carpet etc in any corner of the boot of small hatchback.
Just remember I am talking of bottle type hydraulic jack, and not about trolley type hydraulic jack, which is very very bulky and cant be kept in any boot of any car!!
I have 2 samples each of both the types in my home, and used all 4 of them at different points of time. The pics I have already posted on pg. 1 and 6,7.
Last edited: Aug 21, 2018

Blue ones are bottle jacks.
Olive green ones are trolley jacks.
Both are hydraulic jacks.

Smaller bottle jack has rated capacity of 5 tonnes. No car in India (past or present )that I know of has ever weighed that much.
The bigger bottle jack has a mammoth capacity of 12 tonnes!! So theoretically at least I can lift TATA 407 with it.
In practical scenario even smaller 2 tonne jack would do. 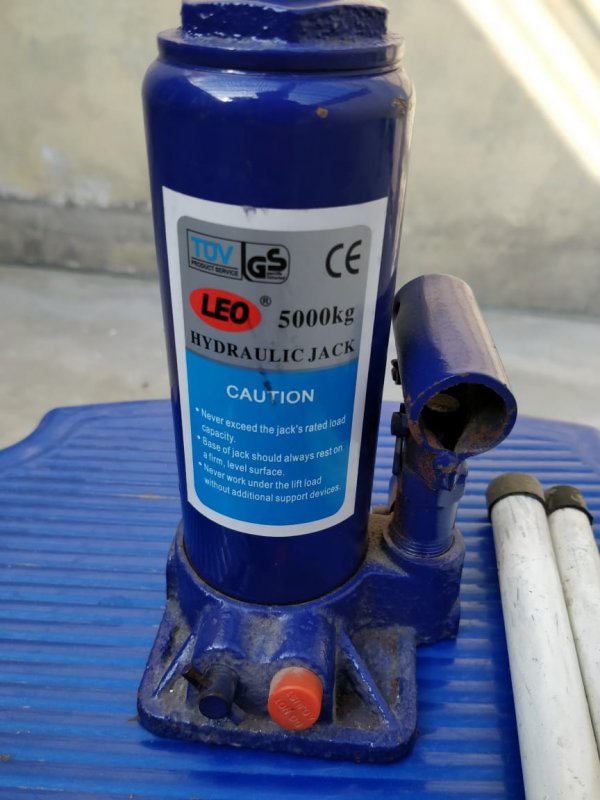 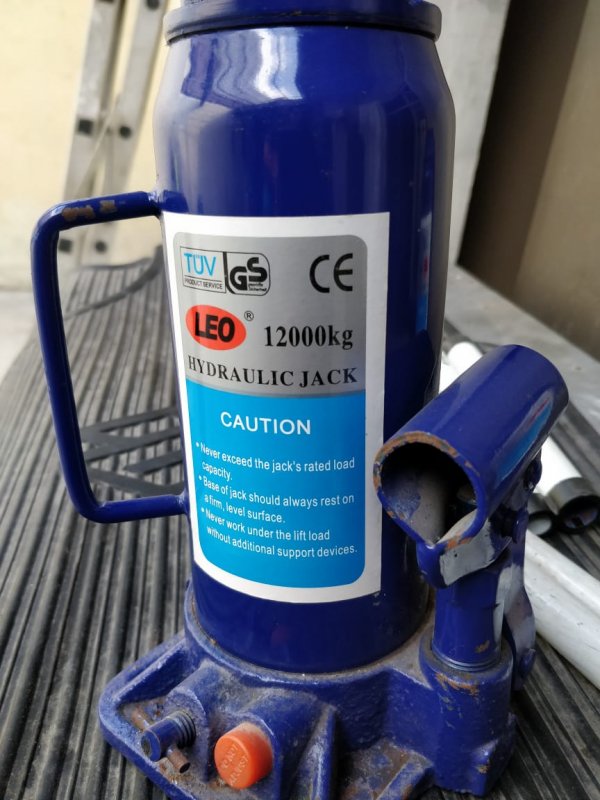 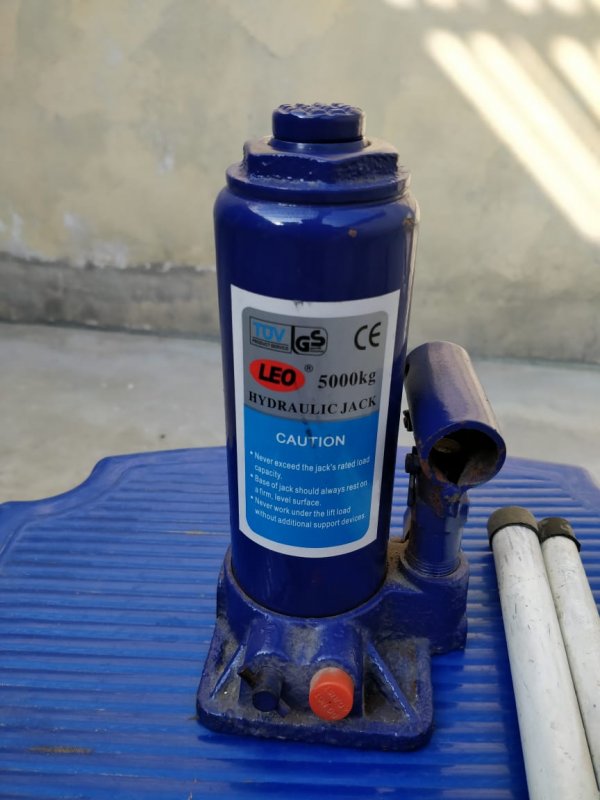 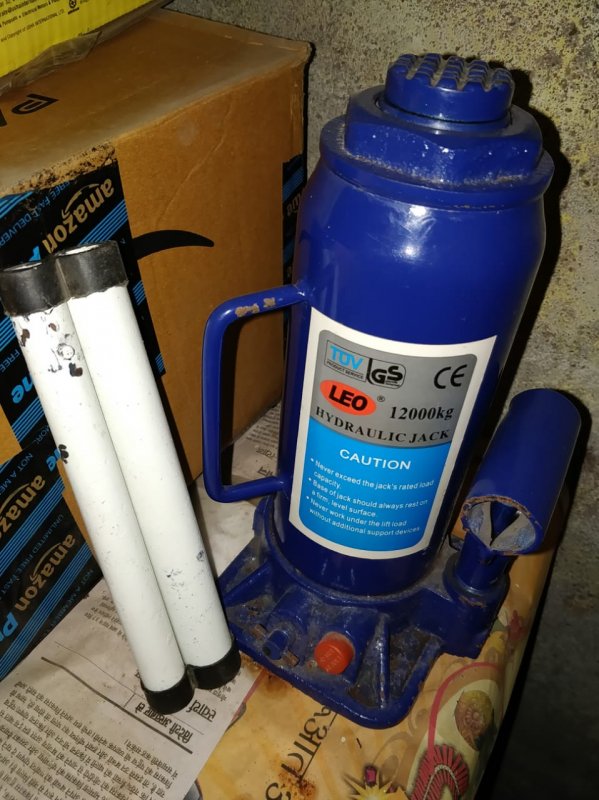 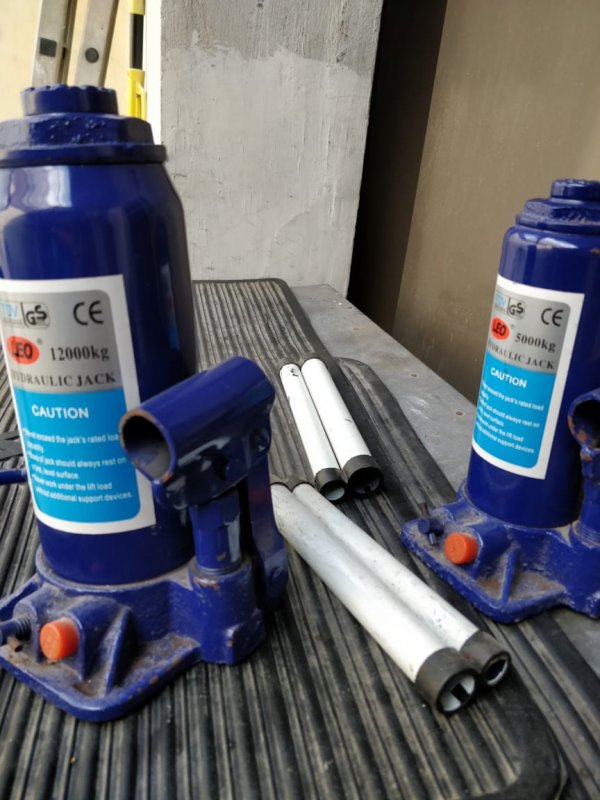 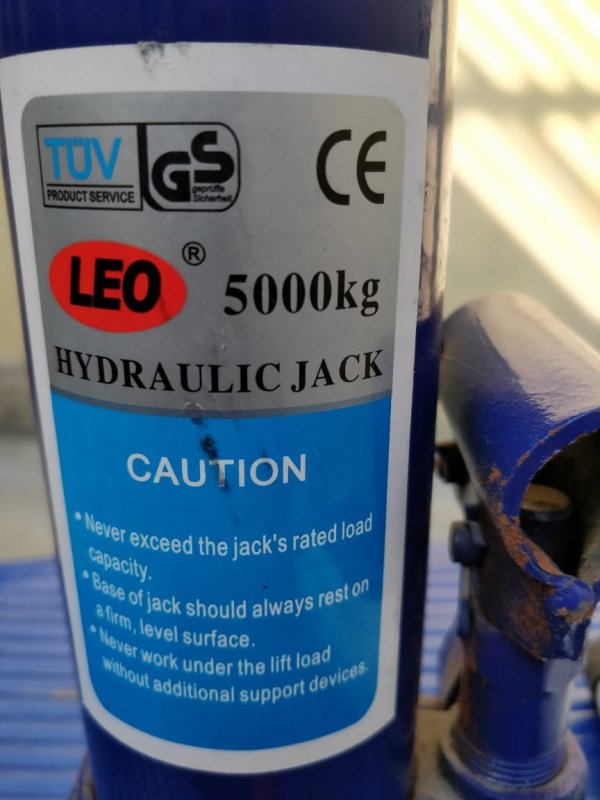 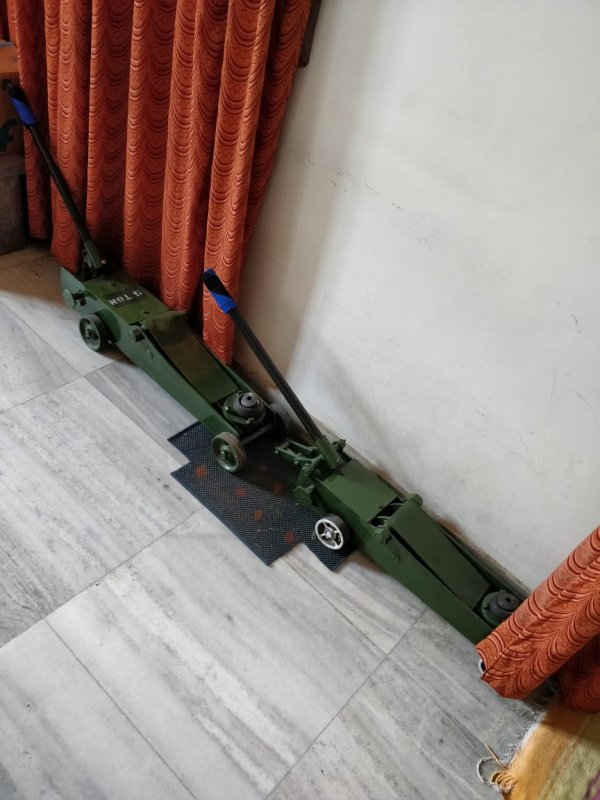 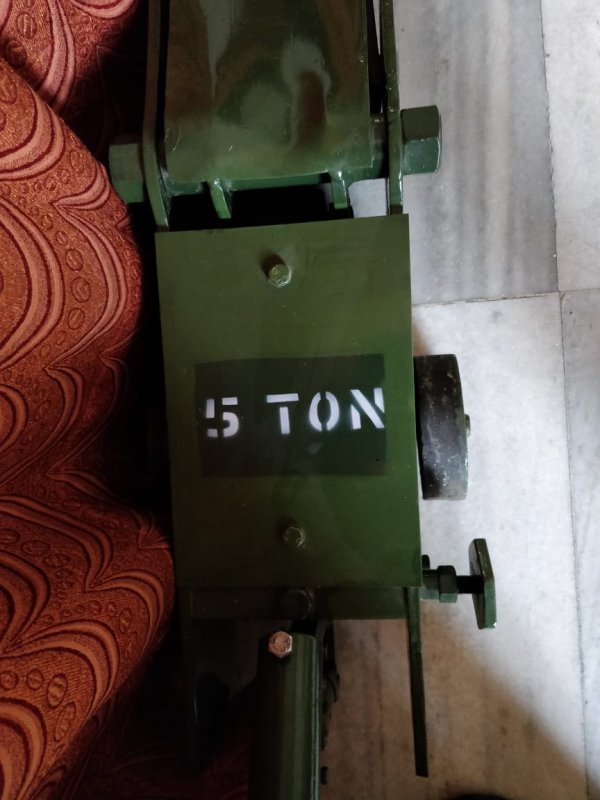 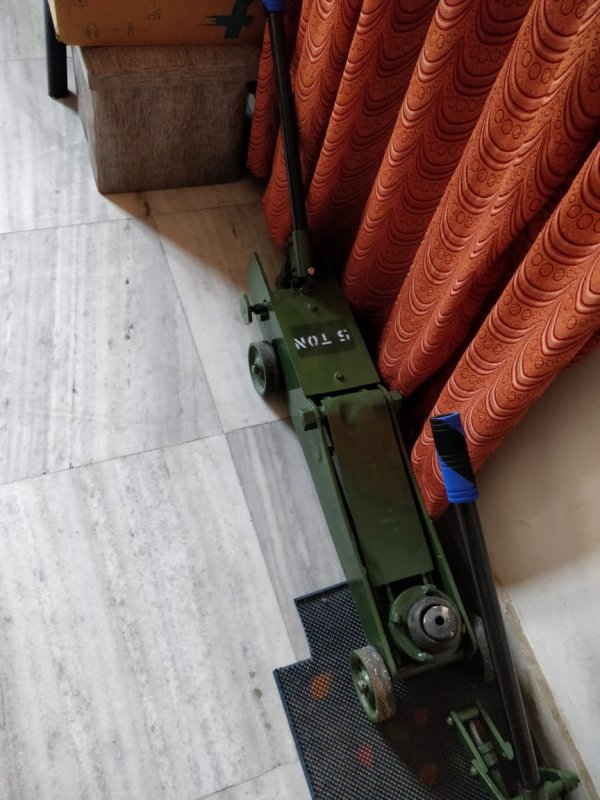 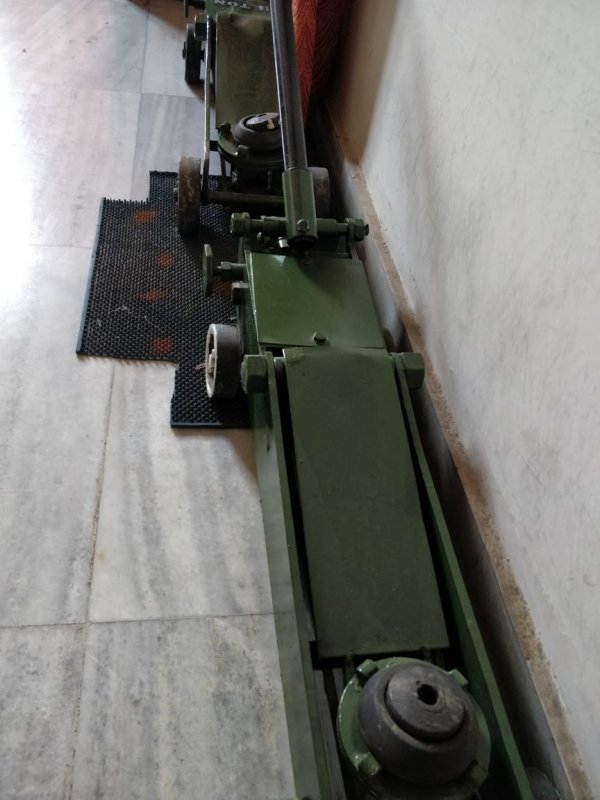 mayankdixit said:
Blue ones are bottle jacks.
Olive green ones are trolley jacks.
Both are hydraulic jacks.

Smaller bottle jack has rated capacity of 5 tonnes. No car in India (past or present )that I know of has ever weighed that much.
The bigger bottle jack has a mammoth capacity of 12 tonnes!! So theoretically at least I can lift TATA 407 with it.
In practical scenario even smaller 2 tonne jack would do.

View attachment 247352
Click to expand...
Thanks mayank for the pictures, the blue 5ton jack is handy and not so bulky, good enough for Nexon and Nano.

Should I get online or latouche road?

Should I get online or latouche road?
Click to expand...
I think go and see and buy is a great way to get your jack.

Did a small DIY on XUV. Instead of going to the dealer and getting the battery changed I decided to do it myself. Battery is very very heavy(as compared to swift petrol battery), so there was some difficulty in lifting and removing all wires and putting up the new one exactly as before.XUV battery sits quite high unlike my swift and Ritz, so pulling and lifting is tricky. Moreover the DIY got extended because of rust and corrosion. Details are here http://www.theautomotiveindia.com/forums/ownership-reviews/17363-my-red-highway-king-xuv500-w8-initial-ownership-review-14.html#post569533
I will be posting pics here soon.

It was a great way to pass some spare time. But this is heavy battery.
It's 85amp battery. 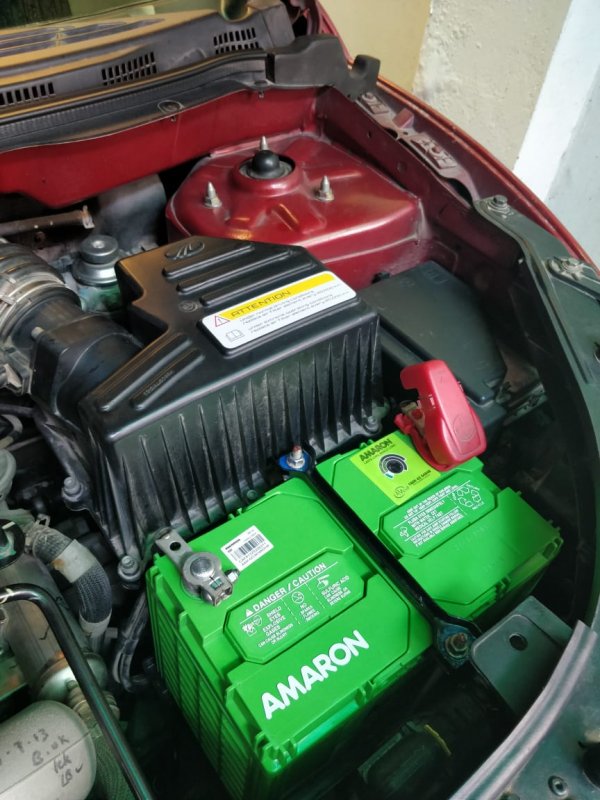 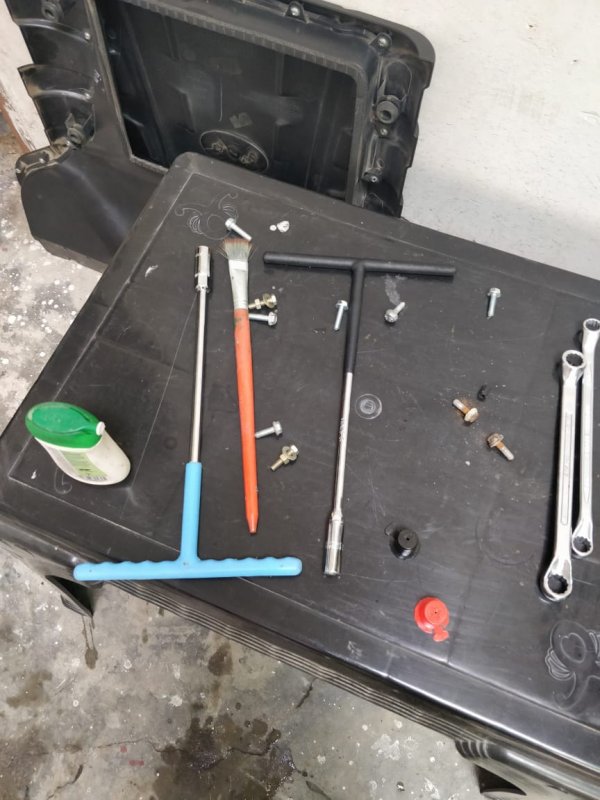 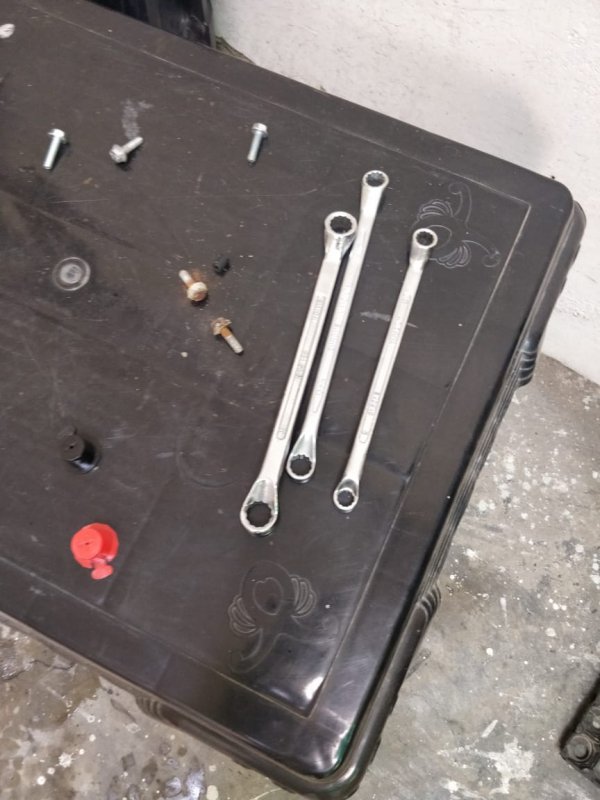 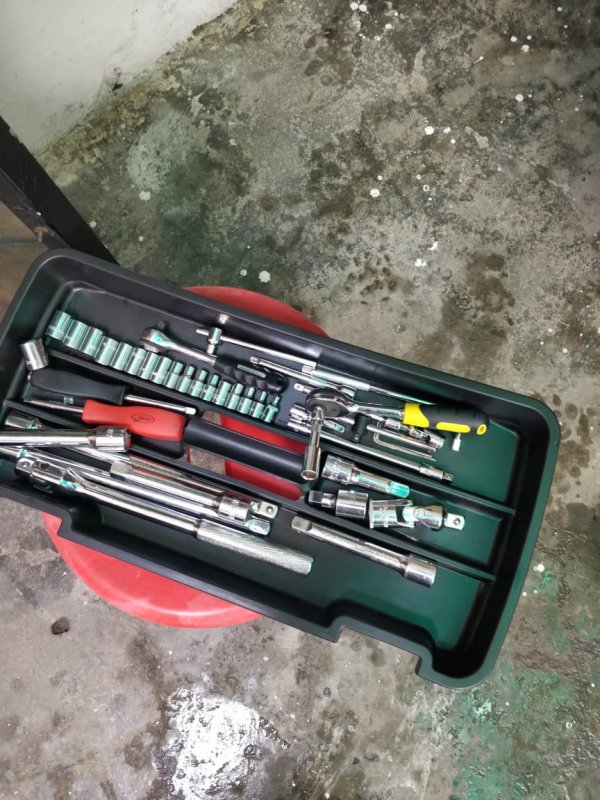 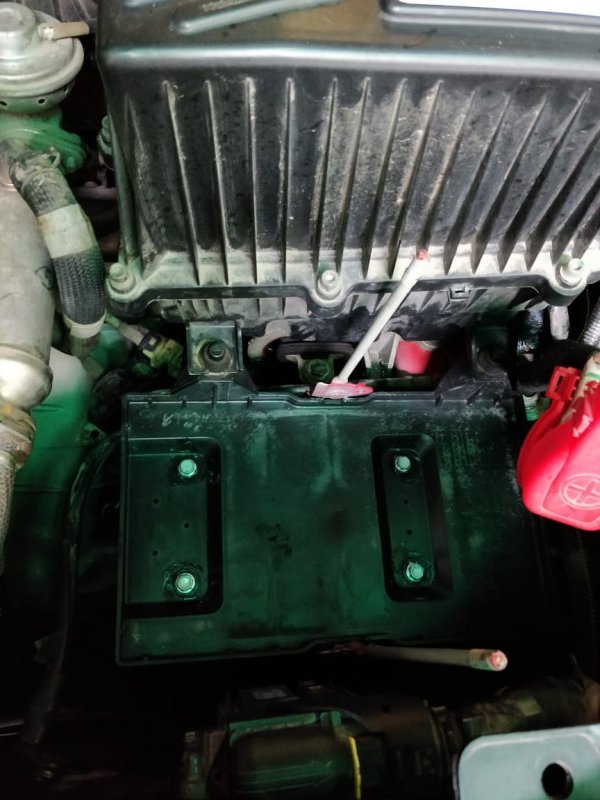 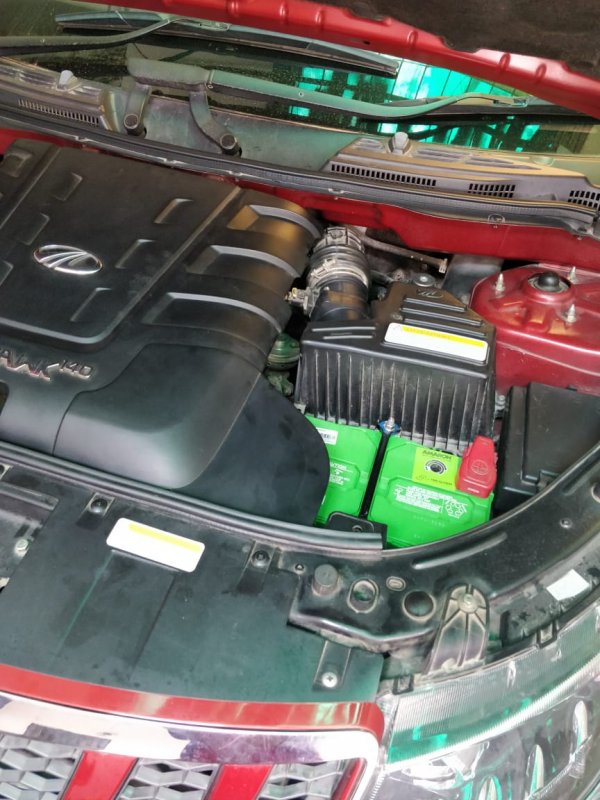 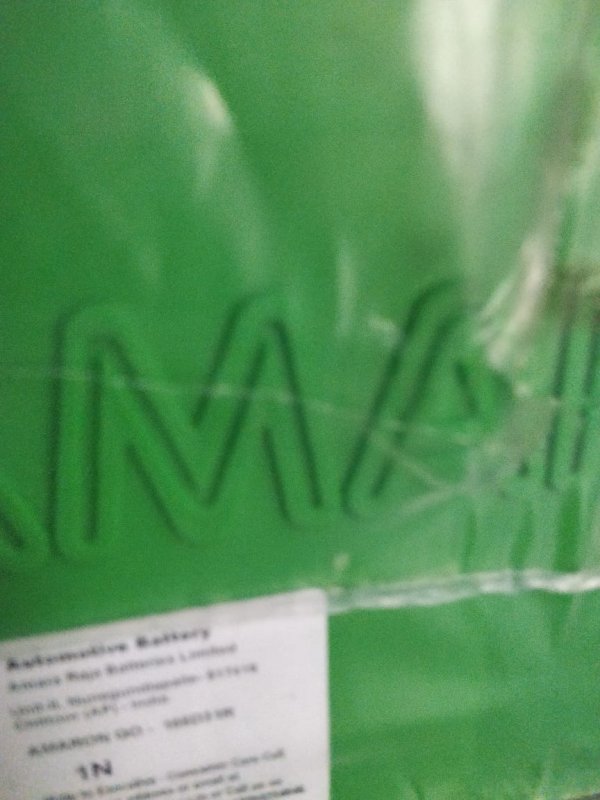 is this the maintenance free battery? what did it cost you and did you exchange the previous battery?was it preventative maintenance or issues with your old battery leading to this change?
sorry went through your ownership thread got the information i needed !
Last edited: Aug 28, 2018

Yes this is the maintenance free battery. I have posted the details in my ownership review already. The link is given in the last post no. 114. I am giving you again here. http://www.theautomotiveindia.com/forums/ownership-reviews/17363-my-red-highway-king-xuv500-w8-initial-ownership-review-14.html#post569533
Last edited: Aug 28, 2018

A few goodies I received from my relatives in the USA.

congrats. And wonderful presentation too. Personally for a person like me the last pic has the most useful and unique tools.
You have build up a nice collection. I wonder what more you have in yours treasure trove.
Last edited: Aug 29, 2018

Also got toyota specific fender liner clip,Hood heat shield trim clips,trim clips as spares for I am sure there will be loss or breakage when it goes to service or from my DIY episodes