The second hand car market is vast in India. Depending on the budget and purpose, one can opt for a well suiting car. In my story it worked in favor of me for the first time. While we can always buy a new car with the addition of some more money than a used car, but if the used car we are looking at has been driven by an experienced person and is evidently in a healthy condition then it is an intelligent move to go for that used car.

I belong to middle class family. This was our 3rd car. Earlier owned a M800 2007 (my learner’s car)and used my friends Swift vxi 2nd gen 2012 for about a year. Did planned for an Elite i20 Asta or Ecosport titanium. Was in search of the same on 2nd hand showrooms, cars24 and OLX. Visited Hyundai 2nd hand cars on the first day. They quoted Elite i20 magna 3rd owner with stained interiors and dented bonnet at 4.5L

. Me and dad walked away to other showroom. Was not satisfied with any of the shortlisted vehicles. Dad along with our mechanic uncle(our long related family friend) also searched the local markets for the same. Almost finalised to Elite I20 sportz (o) 2015 blue variant or ecosport titanium 1.5 2014 blue (both almost driven odd 4K kms).

Our mechanic uncle told me ‘lets visit Sundaram Honda also. Last year I took a car for my relative from them. It was a nice buy, let us also try’. I was ready and next day our quest started again in Sundaram Honda, Anna Salai. There was no Ecosport or i20 Asta available at that time. Unexpectedly saw this beauty standing in the beginning of the 3rd row.I loved the design of the 2nd generation Honda city ZX 2006. At the time of launch, I admired the arrow shot design of the Honda city i-vtech 2009 in my favorite red color. I remember a poster I cut out from Metro plus. Yes, I used to collect new launches and advertisement posters of cars from metro plus. Inquiring about the same and owner details without test drive my mind was fixed. Car was previously solely owned by a company staff until he retired and it has clocked just 49K kms. Sales person asked me to go for the 2014 Jazz i-vtech or amaze diesel, which almost costed the same.He also informed that the jazz had weak suspension and should be changed. But I was completely sunk in the beauty of City. Took it for a test drive, just felt the suspension was not to our liking as swift had better feedback over bad roads. Other than that seriously nothing much even to nick pick during negotiations.

Meanwhile sales rep. explained us about the car and we took it back to the showroom. I asked the dad for his convenience in low slung sedan car.He was very much satisfied by the reliability of the Honda engine and said lets give it a try. Uncle checked the engine bay to understand the engine’s condition and I checked the interiors and features. Felt the car needed only dry cleaning for interior. Apart from that car was in perfect condition.There was no much negotiation since Sales head was not willing to, but agreed to remove the huge dent at left and repaint the front bumper. No other major scratches or dents were visible. 2010 Michelin XM1 tyres were totally worn out and as temporary solution Sr agreed to swap front right Tyre with spare Tyre. Dad and me was happy with our new car. So we did all the formalities and paid full down payment. Within 3 days, our car was ready and got a call from Sundaram Honda. Next day around 4pm called the Sr and me and my dad along with his friend went to take delivery in dad’s friends Figo diesel(my favorite compact hatchback).

The car was ready and glistening in the middle of 2nd hand car delivery station. Went near and walked around the car. The car was in pristine condition. Dad’s friend was amazed on seeing the car at that condition. The Sr came near shook hand and wished for our purchase. We went into the office room and signed the delivery papers and gate pass. Sales head handed over Two keys and chocolate box with a smile and Informed us our RC will be ready within two weak. As he has not kept the service record ready asked him to keep it ready later with RC book. It was almost 5.30 and after that there will be no gate pass allowed for cars.

As we came out, I gave the City keys to my dad and asked for Figo keys, said myself ‘one last drive’. Really miss that small guy till now. Took the car to the mechanic uncle who came with us for the inspection. He too was happy seeing this beauty shining in street lights. After that, reached home at 7.30pm. I drove the Figo as my dad and friend came few minutes later in our new car. Meanwhile I prepped the place for parking. As it was mildly dark we were not able to admire or inspect to the fullest. So parked the car and covered with the cover ordered from Amazon.in.
That is how we bought our new Golden Pixie.

Sorry for the lengthier post. Will reduce the size in upcoming posts.

Since it was dark, didn’t take any picture that day. Will tell the color and attach pics in my next post. Some might wonder why a detailed post 5 months after buying the car. I used to read and watch a lot about cars. Have made some accessory shortlisted for my car almost for 5 pages in MS word. As I read DR.MUDHAN’s thread ’My New Honda City In White- The Albus’, I was astonished to see how much care one can have for these many years and how much knowledge he shares with fellow members under all circumstances. Yes, I read his all 131 pages of posts(5 days) and few other members postings like CRACING’s, etc. I too thought of sharing my experience with others through this opportunity also have mimicked the title from him-forgive me for that sir. Primarily bought this car for my pregnant sister. Since now she is blessed with girl baby(8 days before), I will do some accessory and necessity mods in my Honda city after the current and upcoming lock-downs

and will update about the same.
Stay safe, stay happy....

Your new thread ‘My Used Honda City SMT (2010) – ‘The Golden Pixie’ is an excellent beginning and reflecting your feelings of energy and enthusiasm.
Life is made up of small pleasures. Happiness is made up of those tiny successes.
We love our car so much –
Because it cares, comforts, communicates … more than that it inspires us!
The Golden Pixie is now a part of your journey: enjoy your life.
Thank you for thinking of me and taking the time to be kind.
God Bless you with all happiness.

Thank you doctor for your appreciating words.
May You Continue to Touch the Lives Around You

Sometimes too much of one thing can feel overwhelming, but beige is one of those colors that can be used a little or a lot of and still have depth and texture.The deep, warm exterior color pairs beautifully with the lighter beige pairs in the interior.The black dashboard and silver center console adds class to the interior. Compared to other mid size sedans launched at 2008-2013, dashboard of city looks upmarket and never ages. 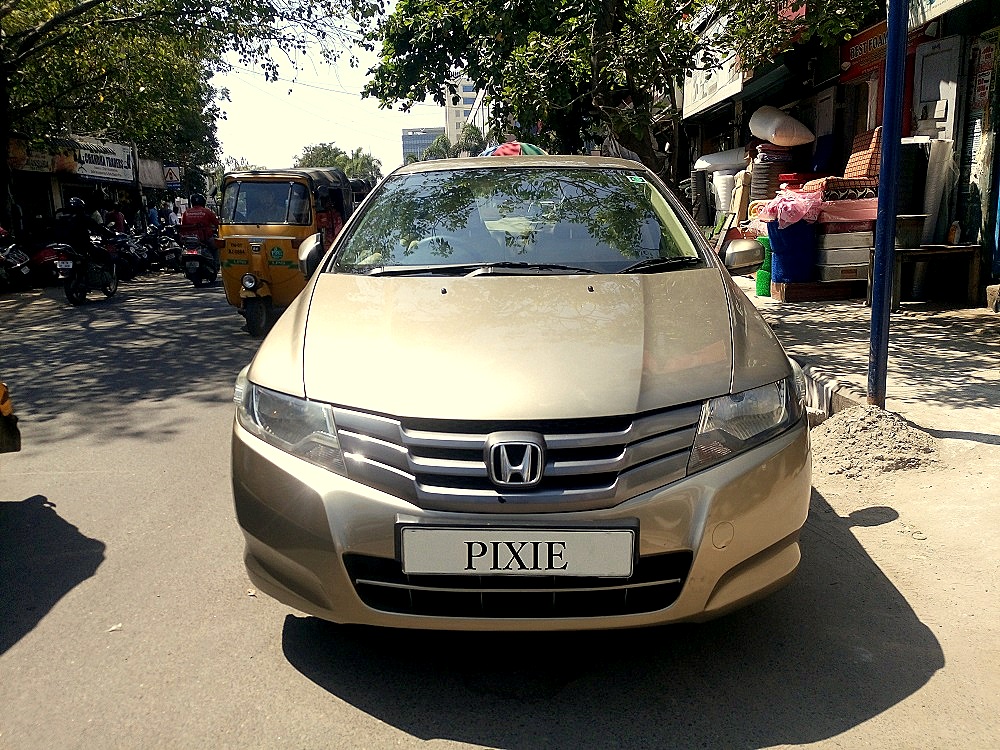 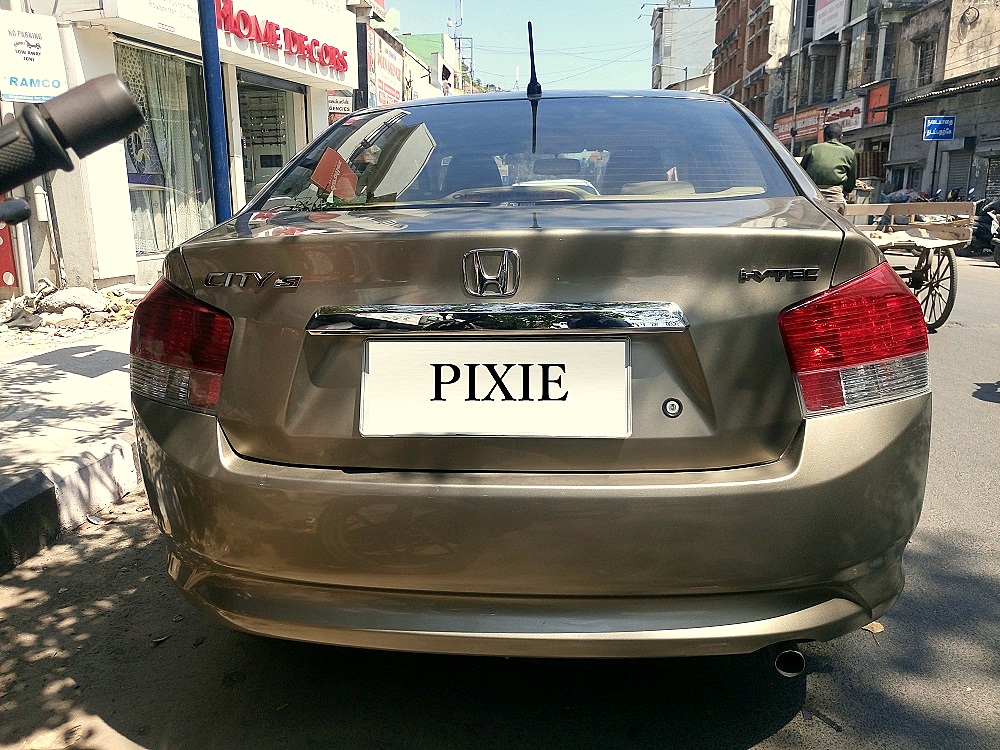 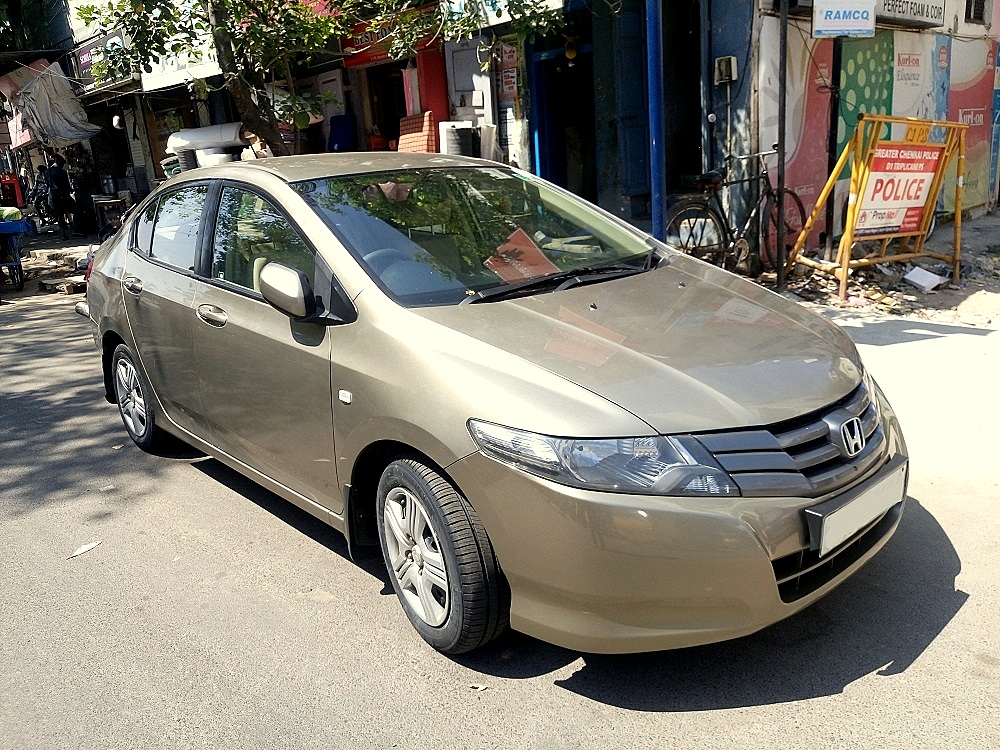 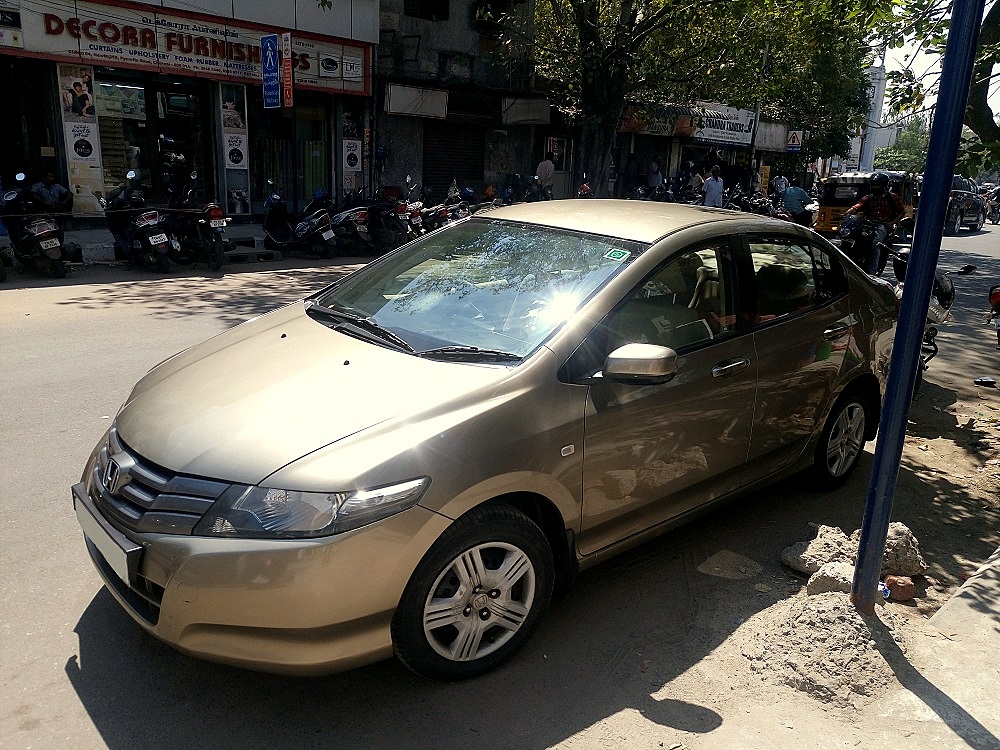 Congrats on your new purchase. I too bought a used honda city 2010 S model in december. Huge fan and follower of Dr.Mudhan's thread. Will be starting my ownership thread soon.
Woyld love to hear more updates from you regarding your car

Thanks Afsar brother
Fist of all congrats on your new ride.
Looking forward for your buying experience and regular updates from you and wishing you a enjoyable and peaceful ownership with it. Happy driving i-vtec

Yes indeed, I will keep updating my experience and upgrades with my Pixie.

Congrats for your new car

. It looks like just came out of showroom. Happy cruising and Enjoy your new drive.

Thank you for your wishes @Amruth.
D

Congrats on your new buy. Enjoy the car as it's one of the best fun to drive cars. I also own the same generation City.

By the way, do you mind sharing that accessory list (MS Word) you've prepared

Car Accessories List​
As car owner, one has to put up with some dire times every now and then. Infelicitous things like flat tires, dead batteries, need of power for mobile phones on journies etc. are the kind that can leave us embarrassed. In modern and high-end car, chances are people won’t be needing most of these gizmos, but for a 10 year old car like mine, a touch of modern functionality are crucial for car’s safety and passenger's comfort along the way. Whether it’s a matter of safety or entertainment, there are a few things that just about any car could use. So, I have come up with a list which is not exhaustive but covers almost most of my car’s needs.

Detailed links
These are some of my shortlisted picks and have attached links where ever possible. Have chose these products after properly going through every customer review and comparing with other competitors. Most of the products are from Chinese seller - pardon me for that as i have created this list during mid-April. The products listed in Italics are primary mods i have planned and i will order them when online deliveries are eased in my locality(still in red zone).
If any product is misguiding or any changes are required, suggestions are welcomed 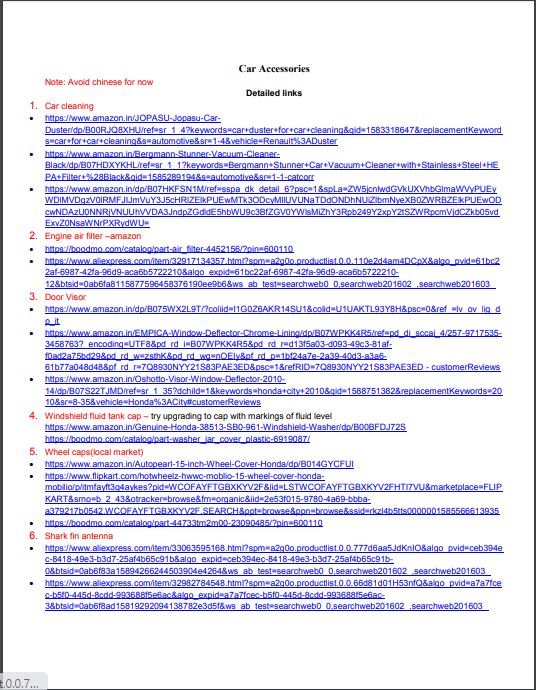 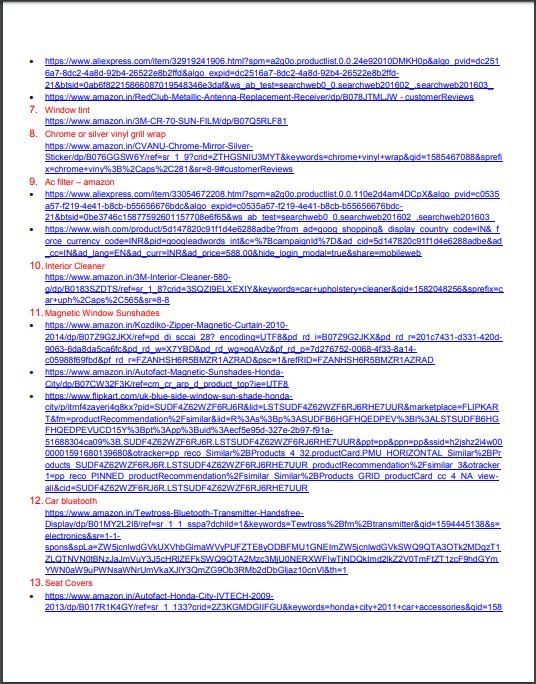 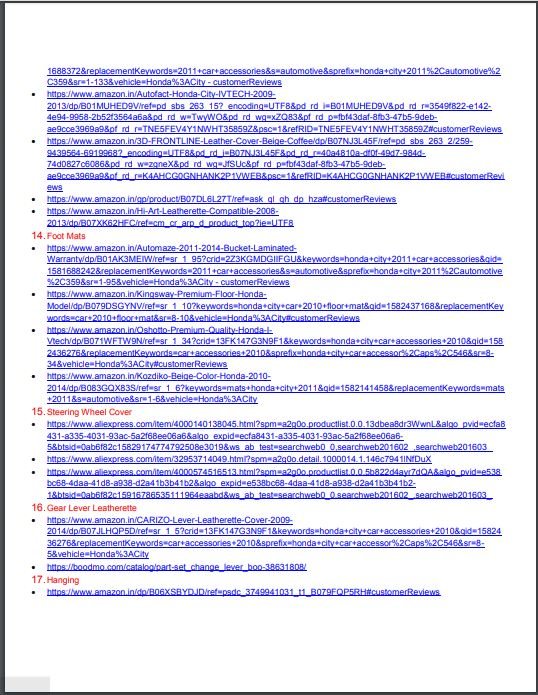 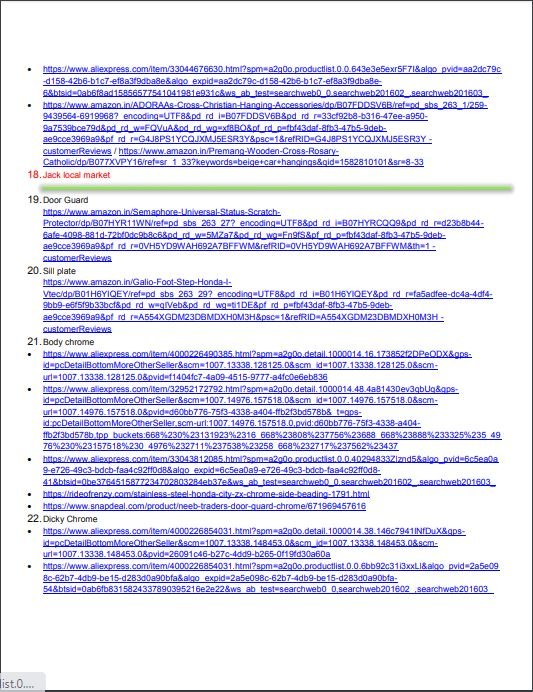 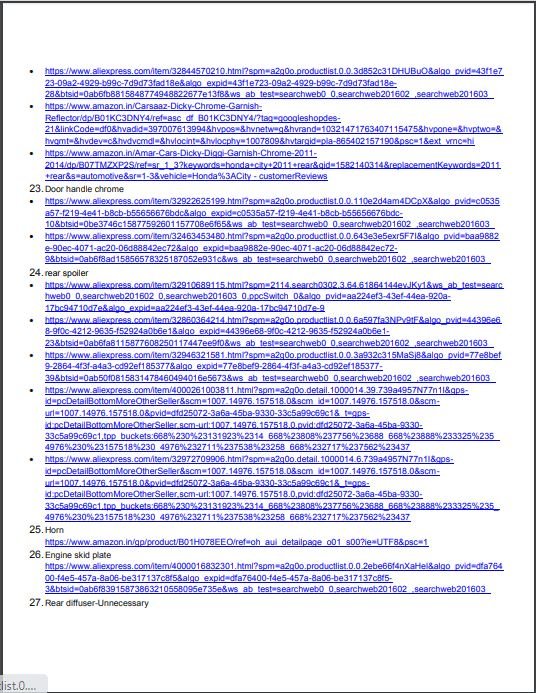 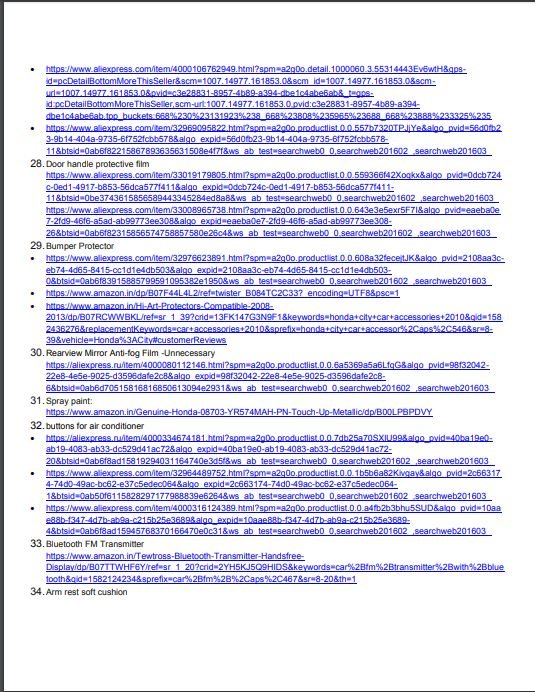 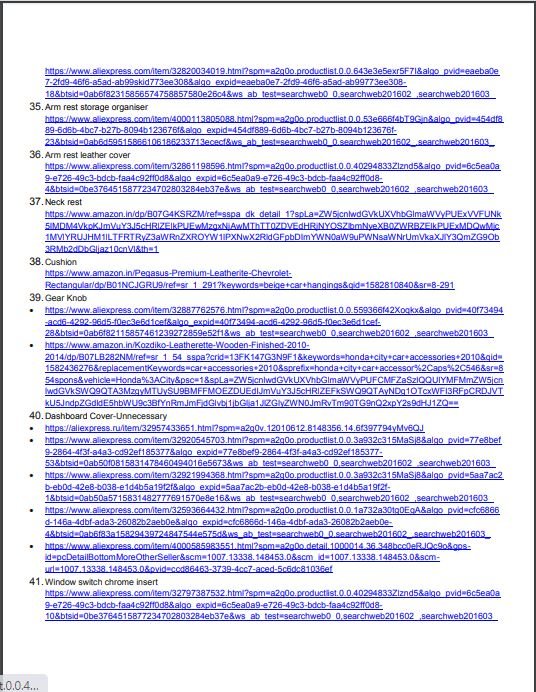 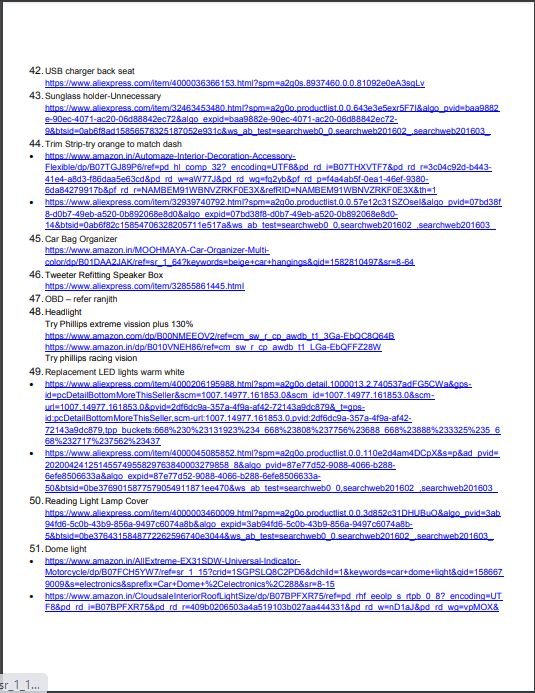 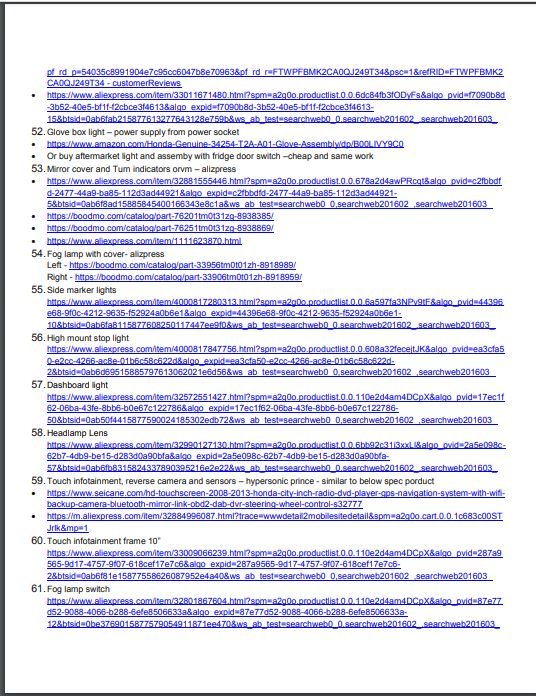 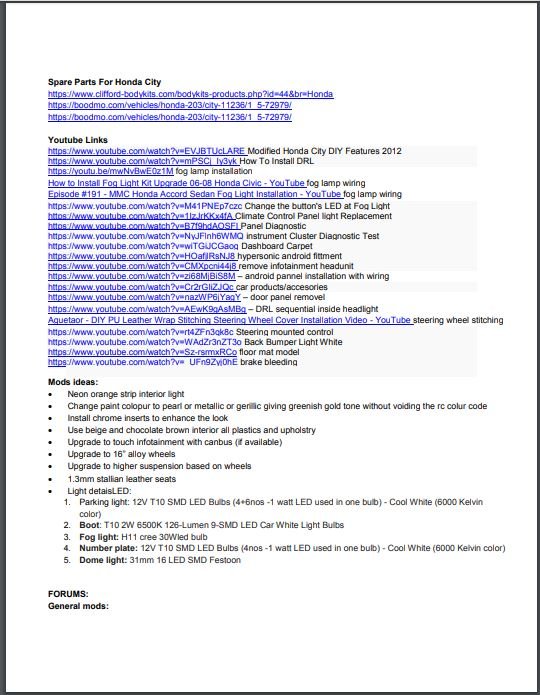 (this is the original list before shortlisting) most of the ideas from threads and videos only.
Regards
Austin
D

Hi
Thanks for the list. A few of the above mods/accessories were done in my car.
Will update one by one later

Nice to hear @Drbeat
Will be waiting to see your mods

Some more pics from inside 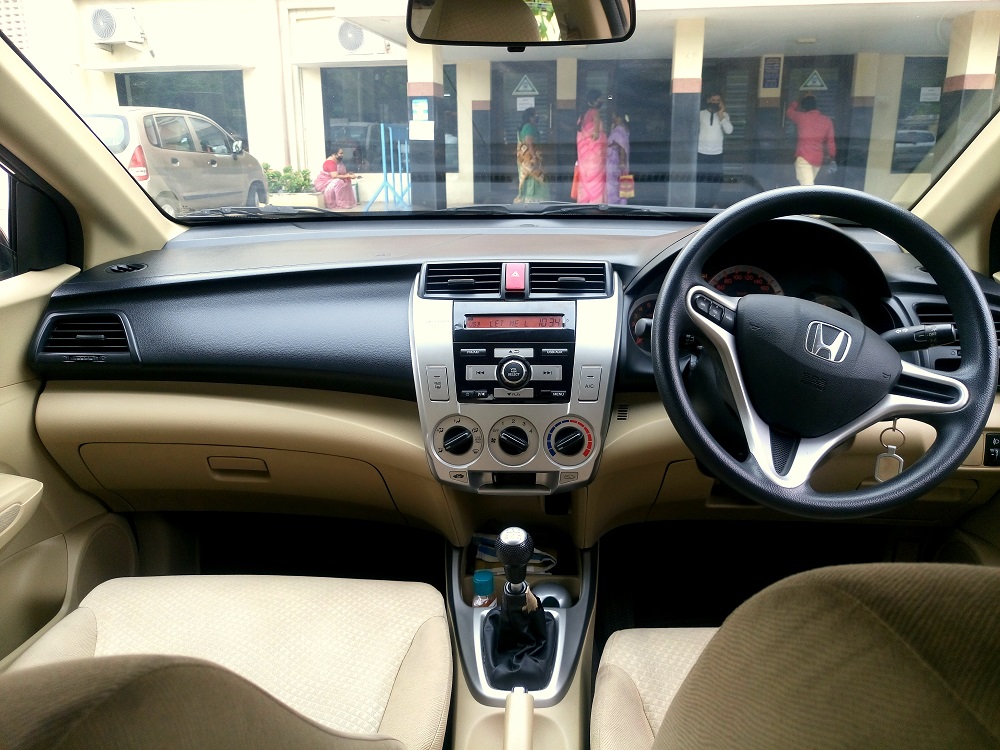 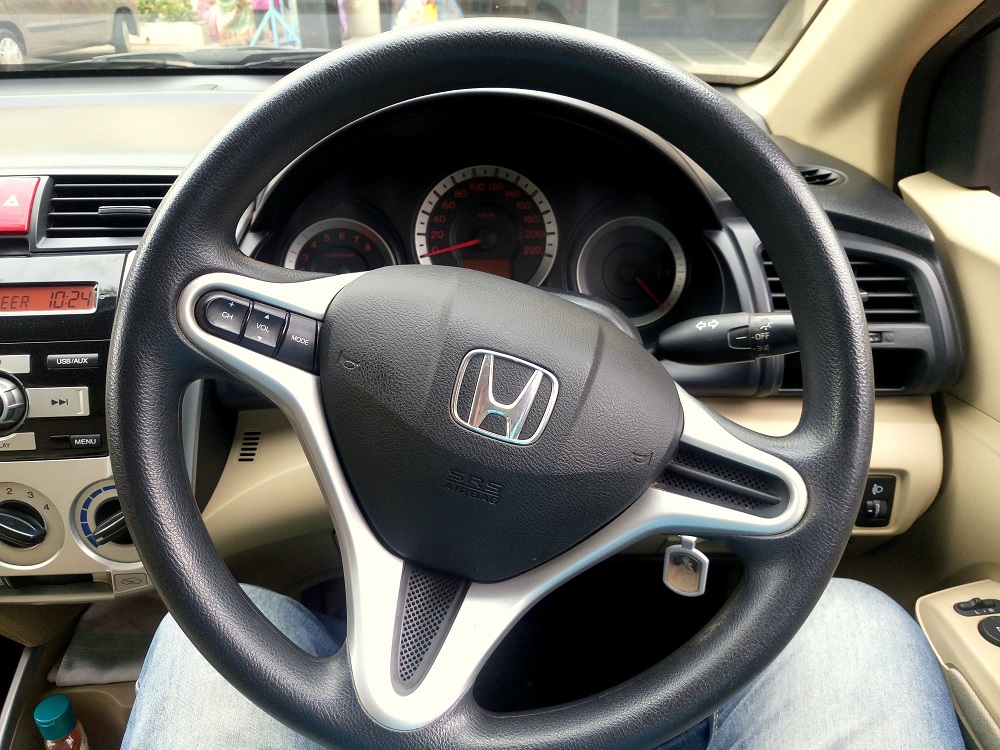 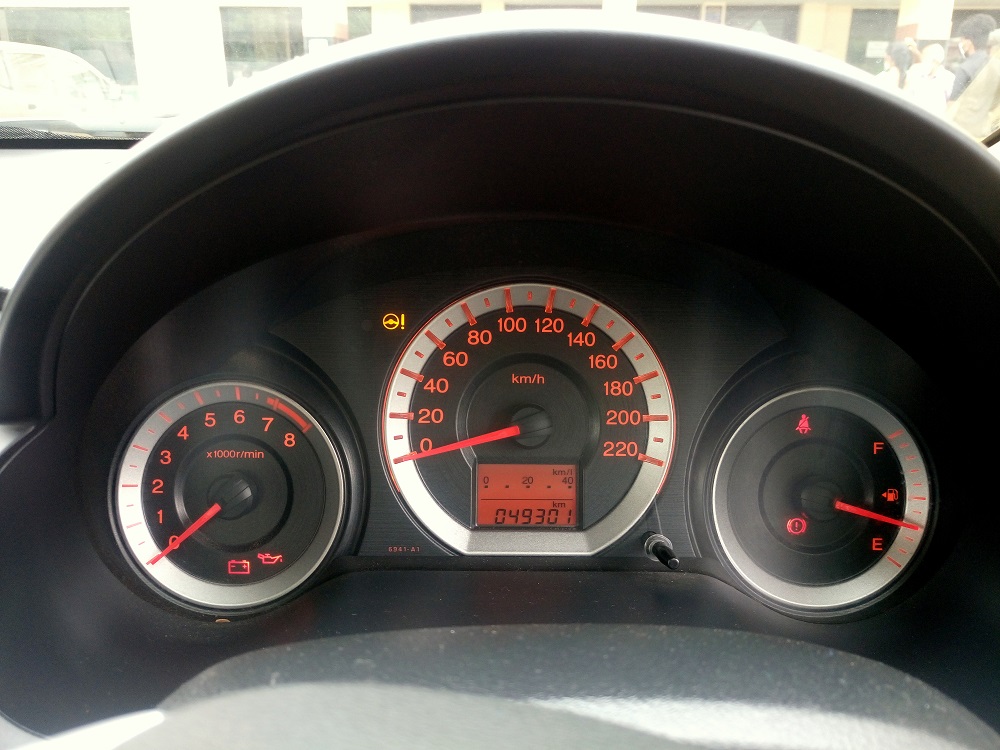 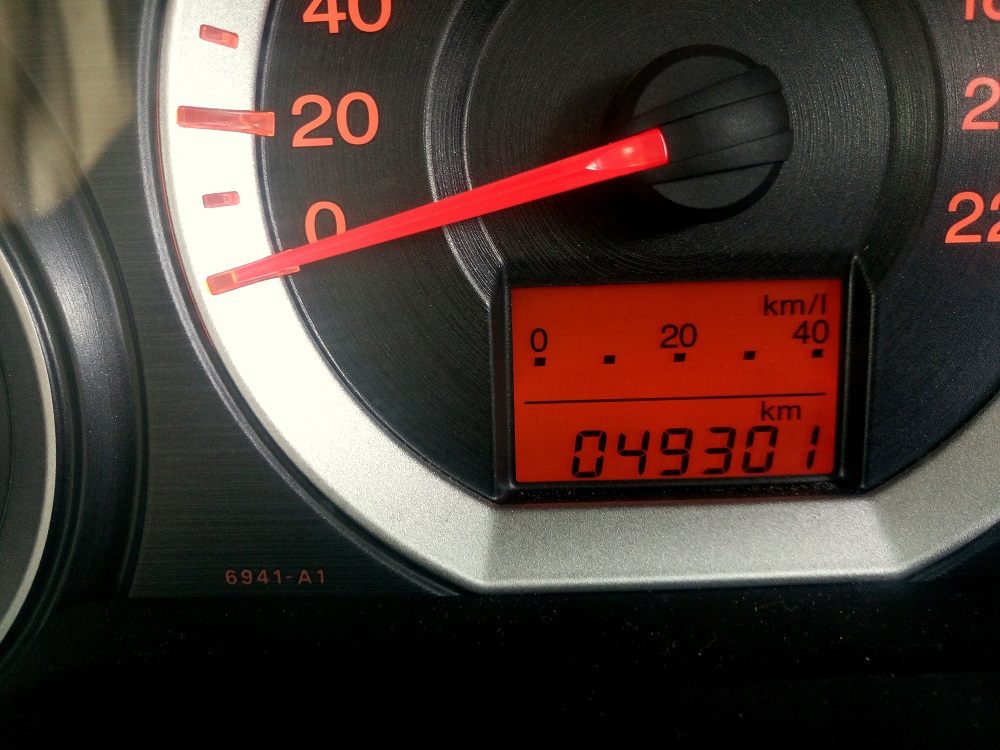 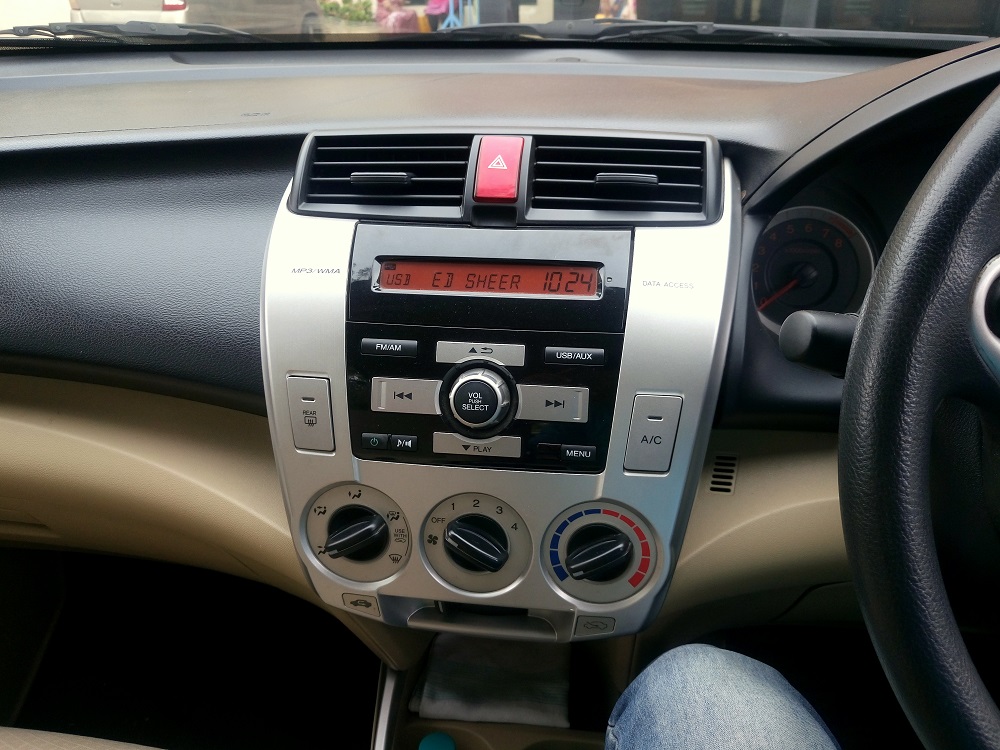 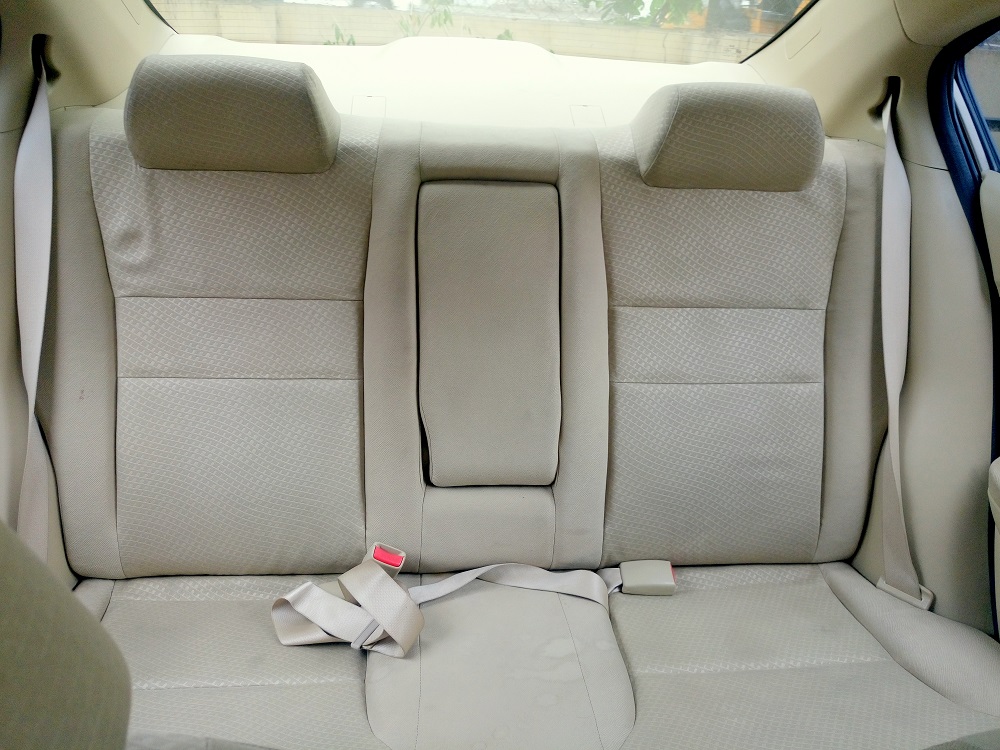 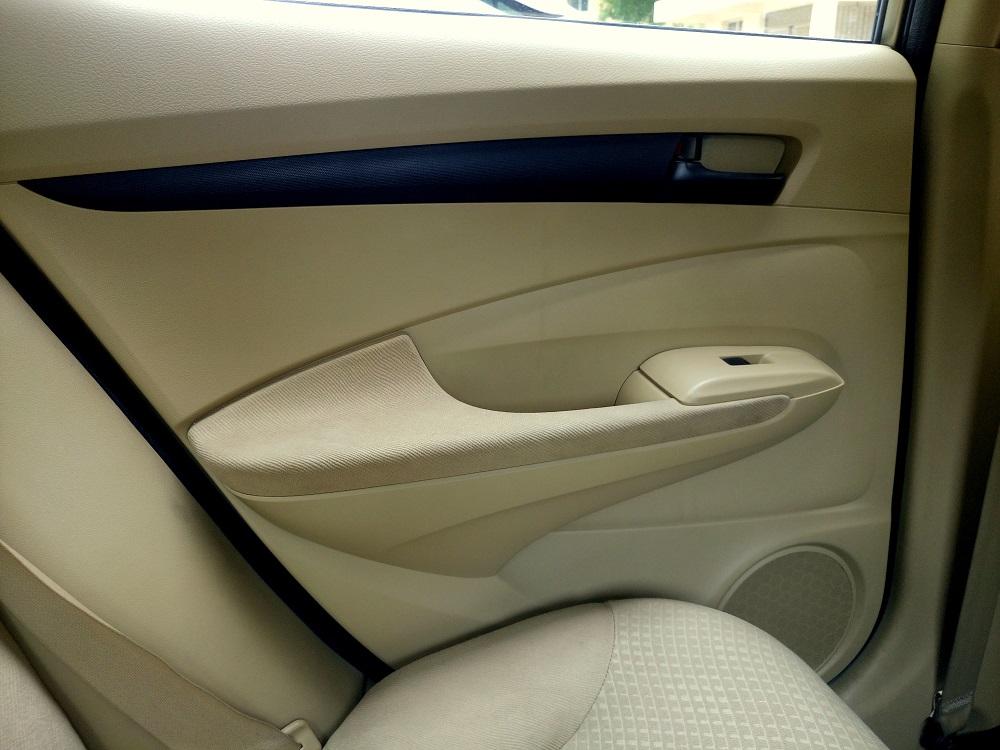 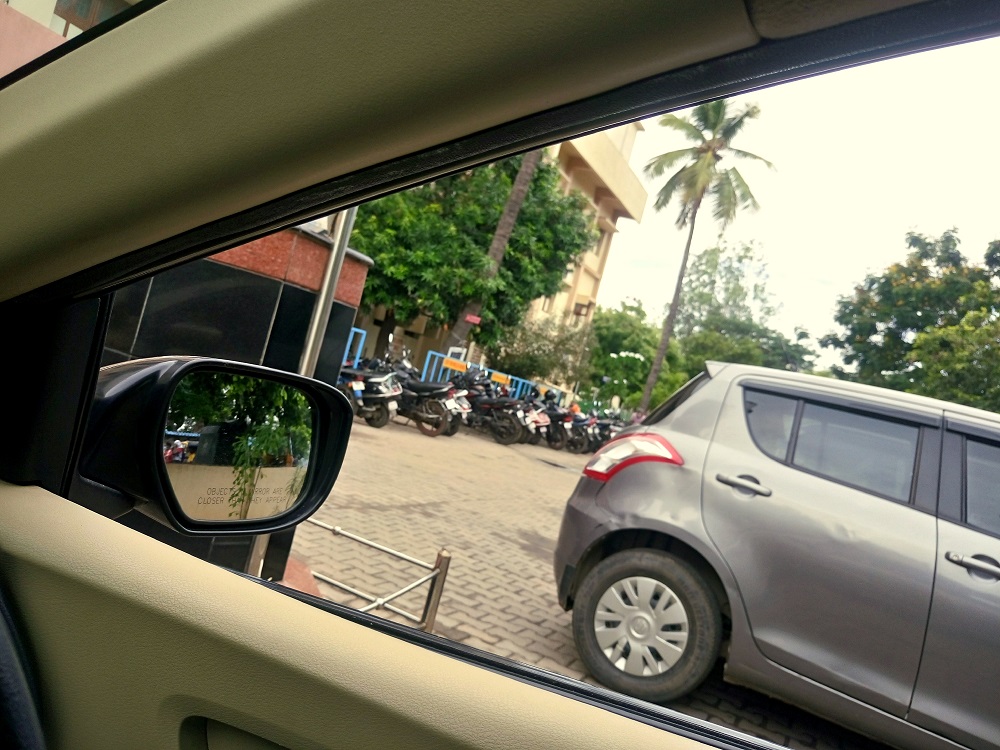 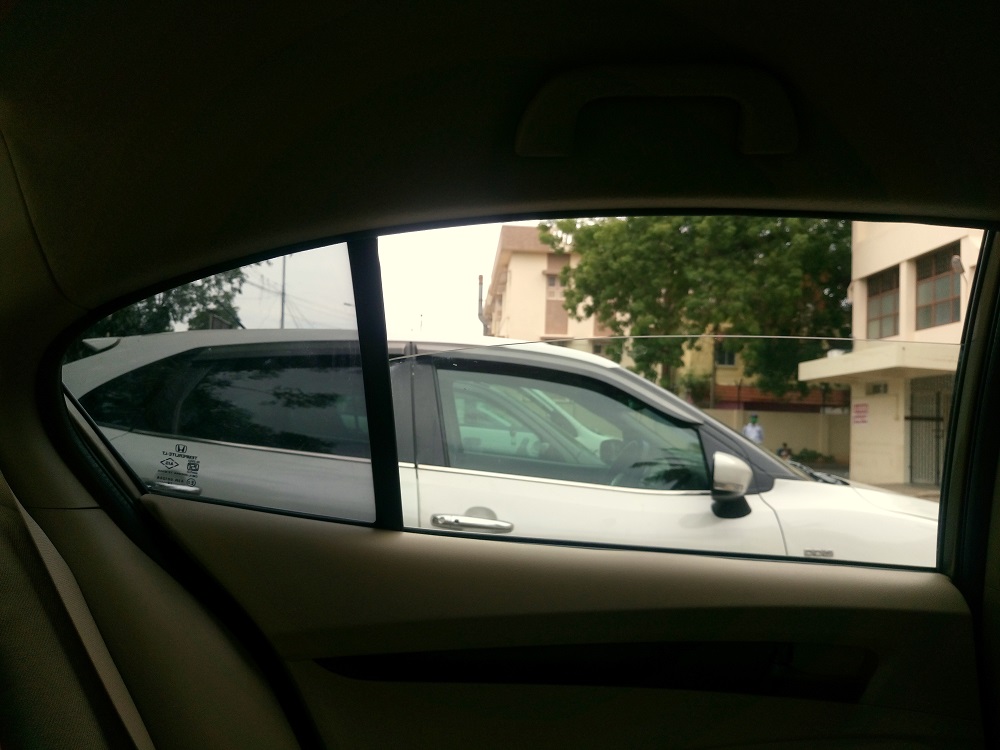 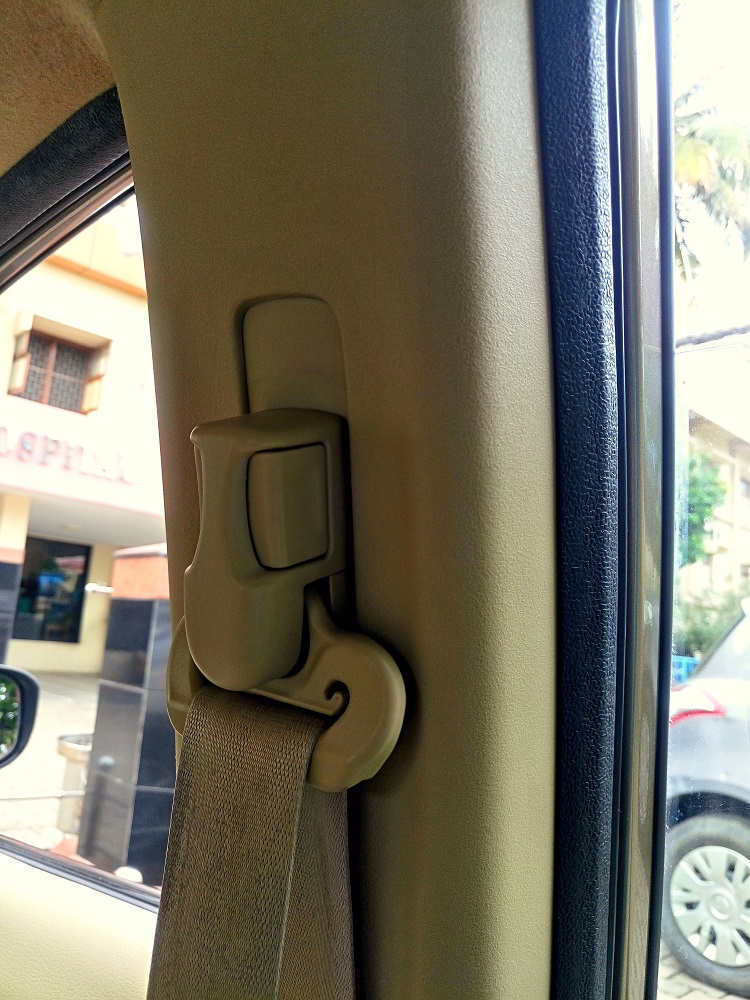 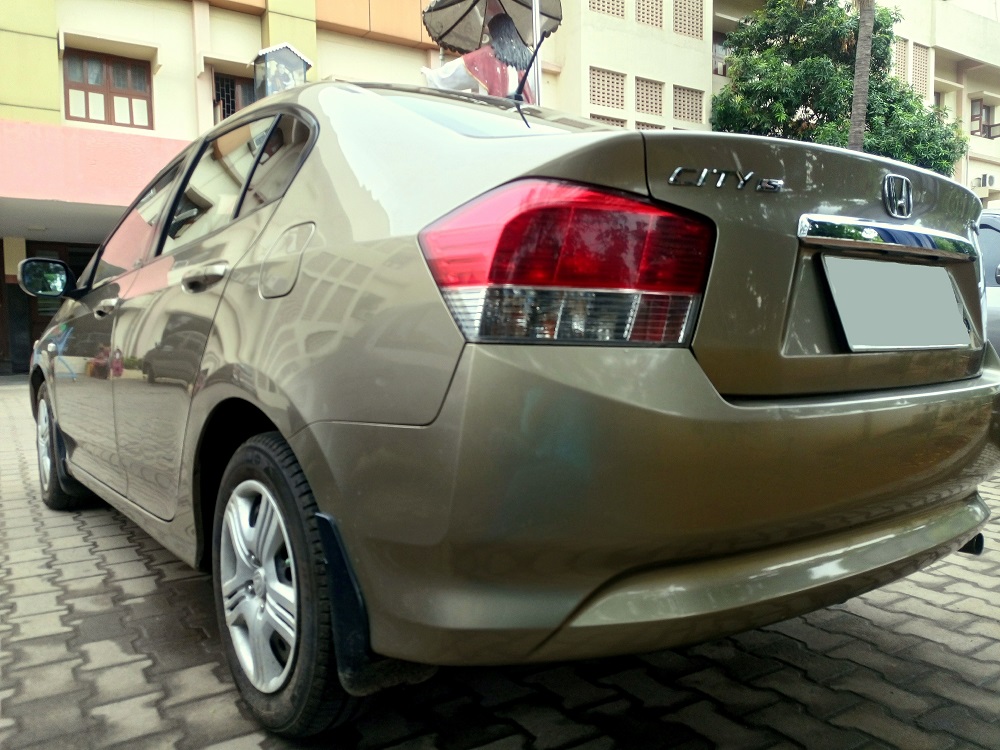 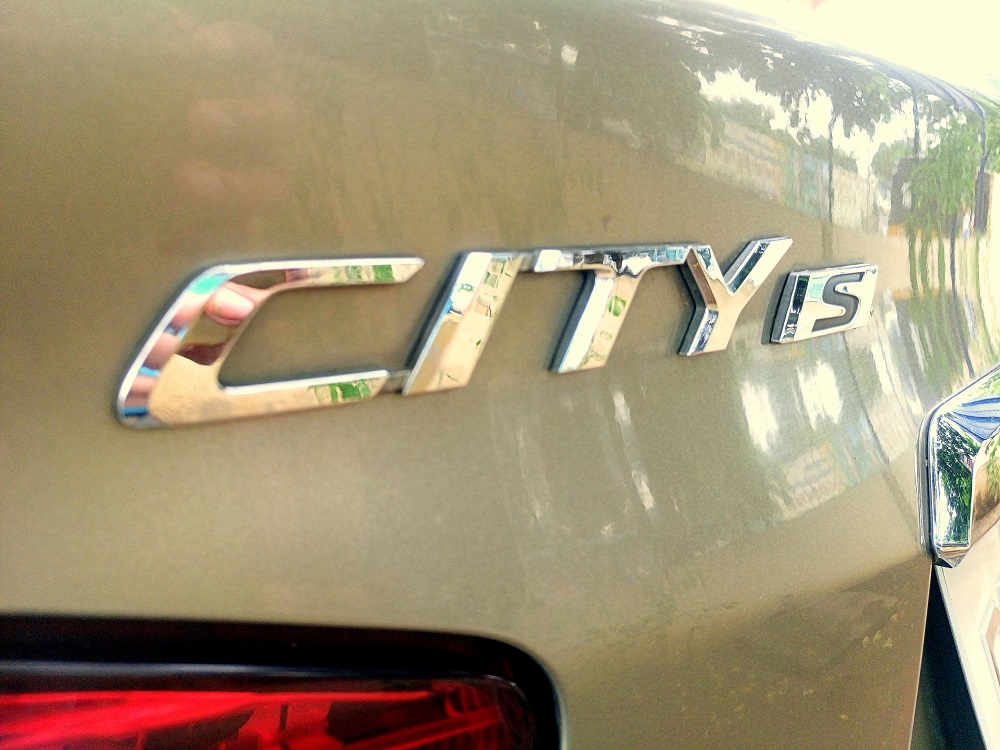 Here are a few mods that you can look into 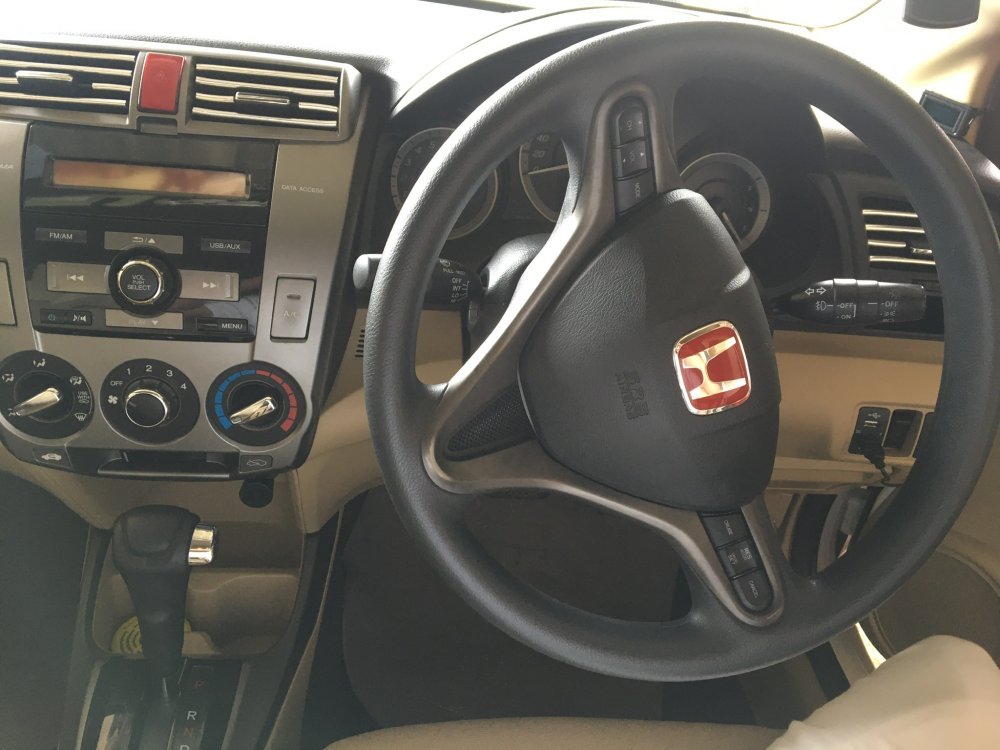 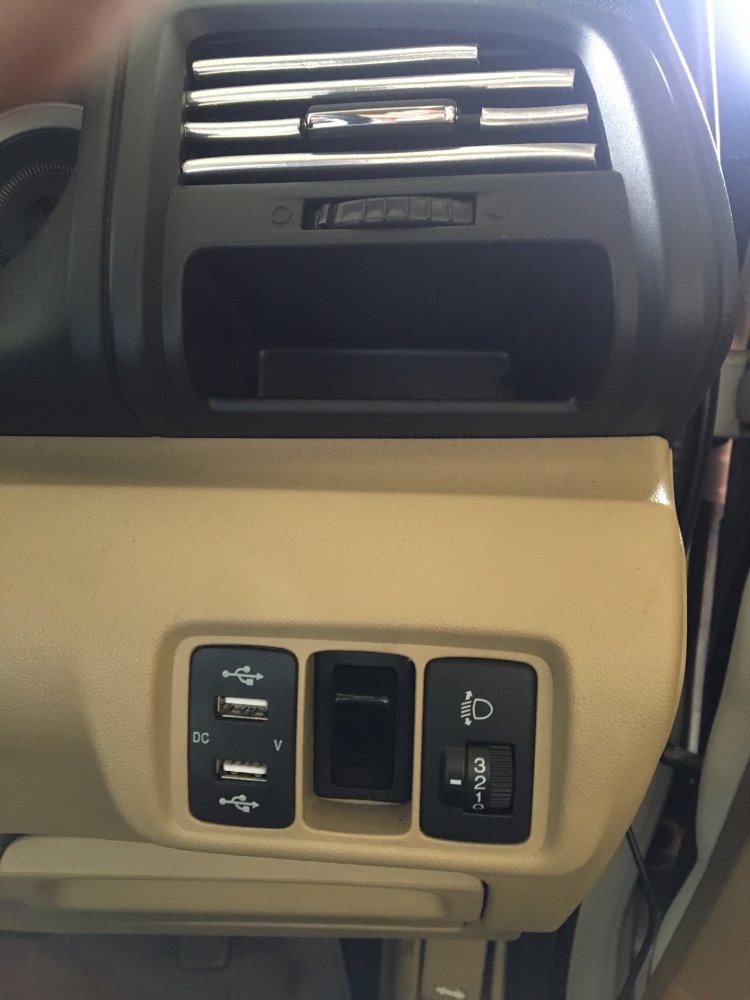 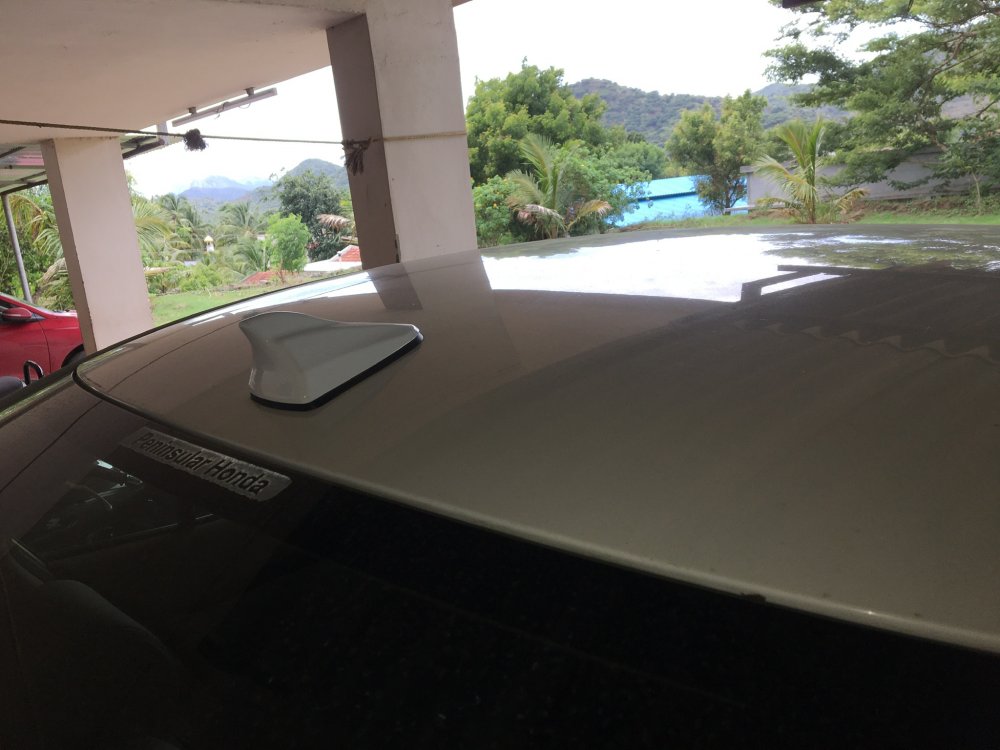 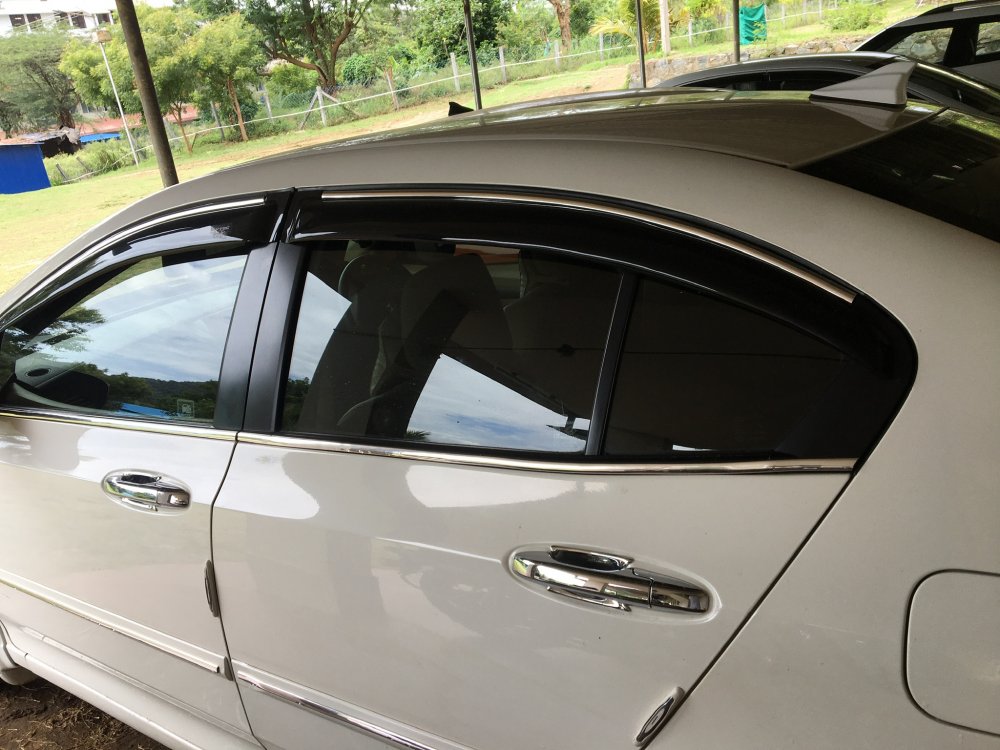 . I too was a proud owner of the 2011 E-Variant Ivtec CITY. Sold the same in 2018 March. When I saw your car, it rekindled those memories yet again. I had the urban titanium color with MT. It still isn't easy for me to forget that car. My car never asked for any major expenses. It is one of the hassle free model / generation car. How are you managing the occasional ground clearance issues and the headlight throw at night?
You must log in or register to reply here.