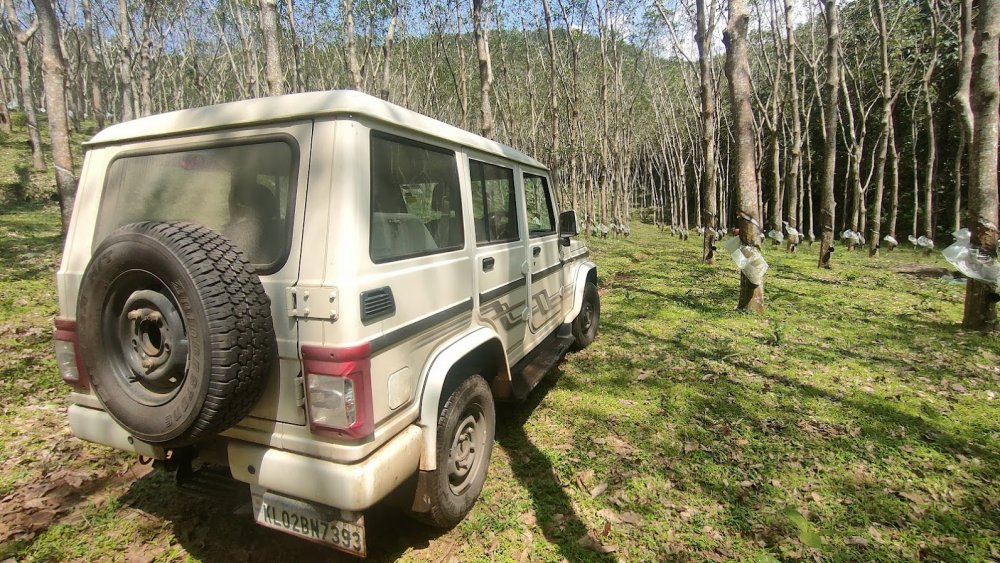 She's currently at 9k on the odometer and 9 months old, everything has been touchwood so far with the exception of 2 failures;

1. Air Conditioner Vent on drivers side failed, its Open/Close linkage broke and the vent would remain closed due to air flow, I juggad fixed it by inserting a flat-head and snapping the flap off, beats spending 1.5k for the spare, only downside is that at full blast the flap rattles a bit before settling down.

2. Rear Passenger side tyre blasted while driving at around 60kmph, this happened yesterday and I'd immediately taken her to the showroom to claim warranty, not sure how it would turn out but fingers crossed. 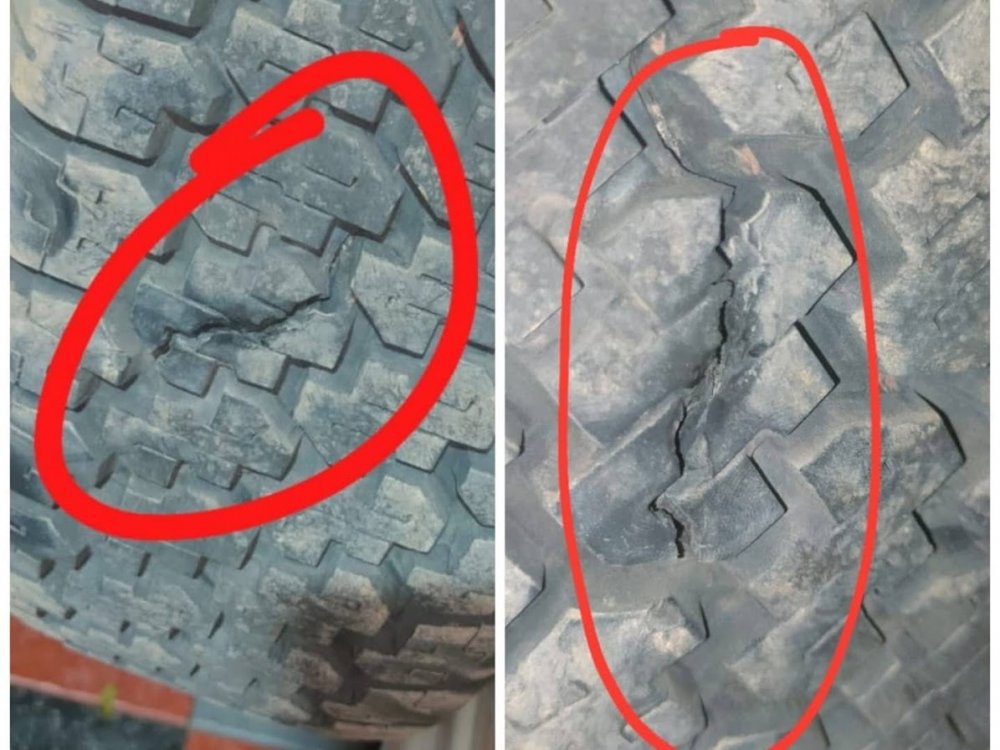 Here's the Dashcam footage of when the blast happened, as you can see the car wasnt upset at all so I'd kept driving for a bit before parking.


As for modifications, I've done the following;

1. Hardwired a Dashcamera, lesson learnt was to never trust the auto cut-off even if the camera is from a reputed brand such as 70mai, 11.4V is just not enough, my Bolero even though started with a Key has the one-touch-start setup and it would not start if the battery volts are too low, so as a fix both leads of the hardwire kit are tapped into fuses that power-down with the ignition key.

2. Have Disabled the Micro-Hybrid auto-start/stop feature as it was getting on my nerves, the process is simple, using a jumper wire I'd shorted the leads that initiates switch action which triggers the ECU to disable the feature as a fail safe. 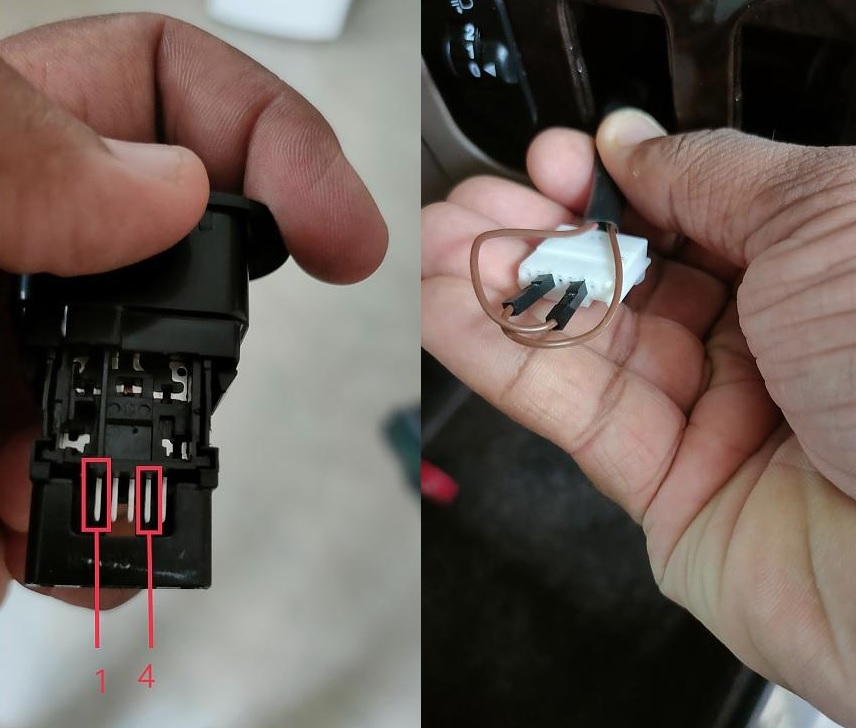 I do not like giving my car to the ASC for service and hence everything is DIY, the service record so far is;

1. 5000 km's, changed the Engine Oil, since the Bolero has been available for over 2 decades there are several engine iterations, mine is a mHawk D75 3 Cylinder and before this came the mHawk D70 4 Cylinder, so the reason for mentioning the same is that I got the oil capacity confused and filled in 6 Liters instead of 5 Liters, haven't bothered to drain the extra oil but this is something to keep in mind, the mHawk D75 requires only 5 Liters of Oil. Also to note the Oil Filter that comes from factory is smaller in size, I had it replaced with the larger commercial one which has a replacement interval of 20k km's. Also the Oil Filer is hard to access considering that the mHawk D75's engine bay is cramped, so a Cup Wrench is a must, the conventional strap/chain type tools wont work, I've tried. 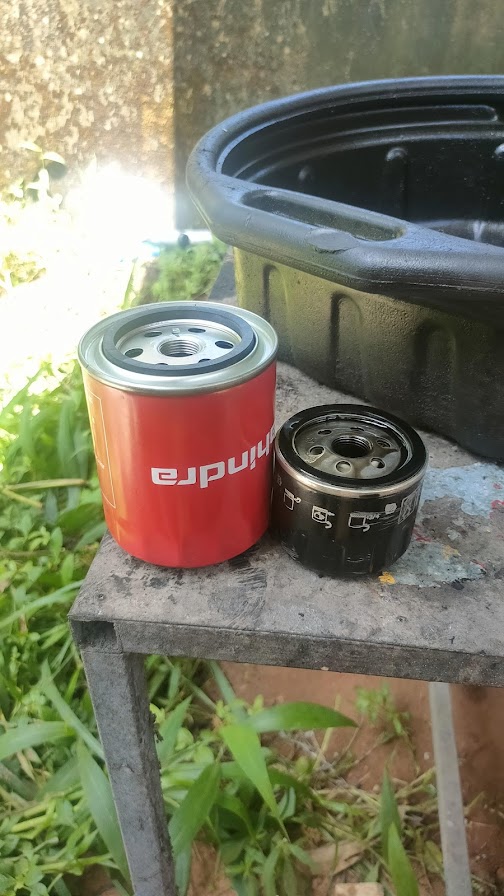 The car has been driven on several terrains including off-road sections, if you're from the South of KL then know that she has been up Rosemala as well, though who are we kidding it is a soft-roader at best since a 2WD with an open differential is in effect a 1WD. :D

Now coming to the FE, her MID has once shown 28kmpl but from my tracking on Fuelio the average is around 14 kmpl and the best is around 17kmpl.

Would I recommend the Bolero to anyone? Not really, but if you're like me and prefers to keep a car for really long then there aren't much options and the Bolero is a strong contender considering its runtime, however please do opt for the base model, mine is the top spec one and the only reason I was strong armed into this is cause my marriage was around the corner and short notice delivery was a concern, plus the stigma of driving a "Base Model" for marriage. Having said that I do enjoy the cornering lights at times when driving through rural sections at night.

Please post more pictures of your cars,and the diy ( like oil change, filters etc) associated with them. Would love to see them.
Which oil (grade and brand) you filled up in bolero??

p.s please pardon my nosing, but was very curious that why was there radio silence from your side for such a loooong time? I mean there were zillions of diy and car pictures and car talk we members could have been shared with,no??
Last edited: Jan 1, 2022

mayankdixit said:
Please post more pictures of your cars,and the diy ( like oil change, filters etc) associated with them. Would love to see them.
Which oil (grade and brand) you filled up in bolero??
Click to expand...
Sure would, my next Engine Oil change for the Bolero is coming up and I'd post detailed pics of the same. As of now I am contemplating whether to change the differential oil as well since I'd be hitting 10k on the odo soon, first car with a differential so a bit clueless.

My Engine Oil change intervals are 5k km's, basically I change at half of what the manual recommends as I wish to keep my cars for a really really long time, oil used last time was Motul DSM; 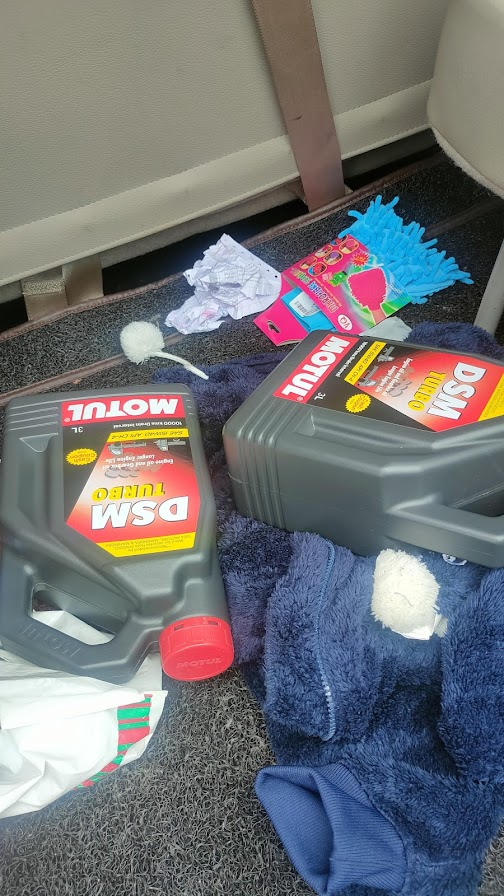 I cannot for the love of me recall the grade, I believe it was the standard 15W40 that diesels come in, it is the first time I'm using this oil as my usual preference among Diesel Oils is the Rimula R4 as I have extensively used the same in my motorcycles.

As for other DIY's, once a tree fell on the Bolero's hood and it got dented, a buddy of mine who is another hardcore DIY'er helped to fix it; 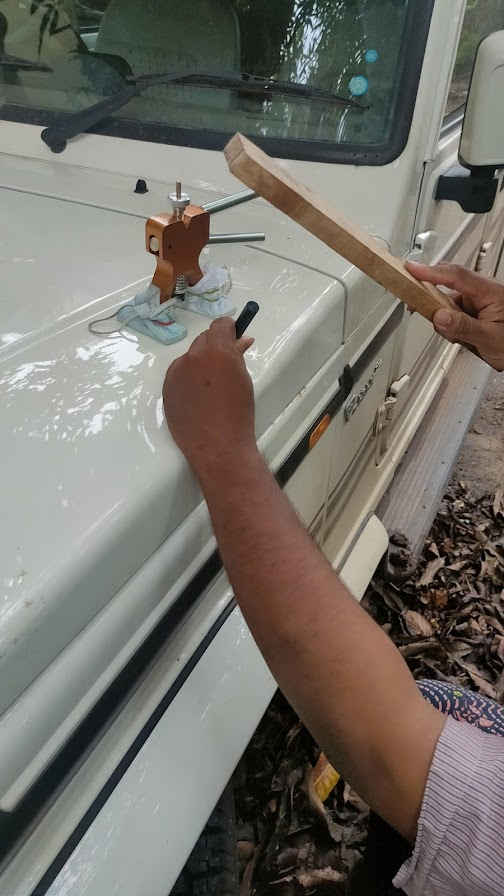 it was our first go at dent work and I did make some amateur mistakes but all said and done we're please by the output. 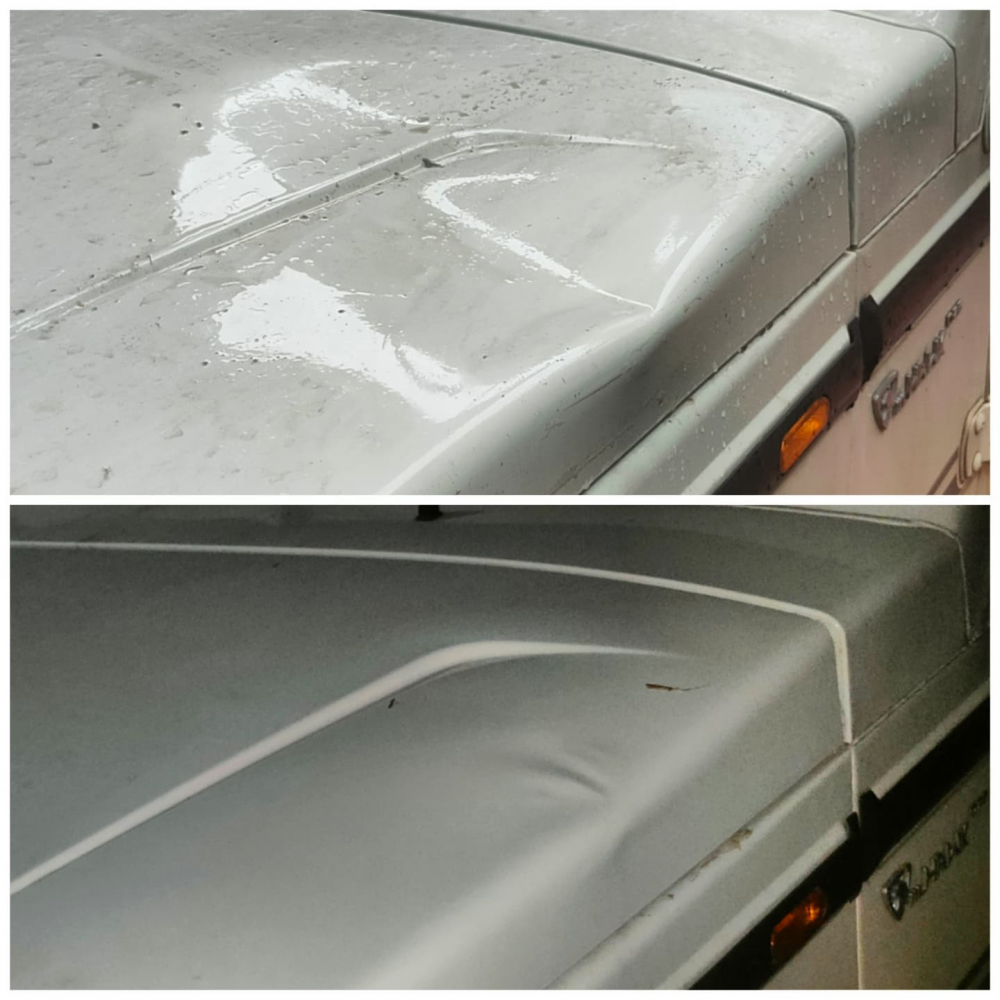 Above is the Before and After pic of our DIY Dent Repair. There is a small fold remaining but I've decided to live with it.

Other than that I haven't really driven the car much to work on it or take enough pictures, though going forward would ensure to make posts as detailed as possible.

p.s please pardon my nosing, but was very curious that why was there radio silence from your side for such a long time? I mean there were zillions of diy and pictures and car talk we could have been shared with,no??
Click to expand...
I was active on TeamBhp but got banned as the mods lacked mechanical knowledge and thought my posts were gibberish. Came to TAI as I've seen hardcore DIY'ers like Dilip flourish without criticism as other members also seem to be more into the technical stuff.

Also I am or was basically a biker until I got married in March 2021, though I've been driving for the past 14 years I got into cars around the time I got married so I'm a novice to be honest, other than the Bolero I also have a Alto that was also bought around the same time as the Bolero, she has clocked about 17.5k on the odo and was my recent companion for a drive from Trivandrum to Mumbai and back and has been DIY maintained as well. 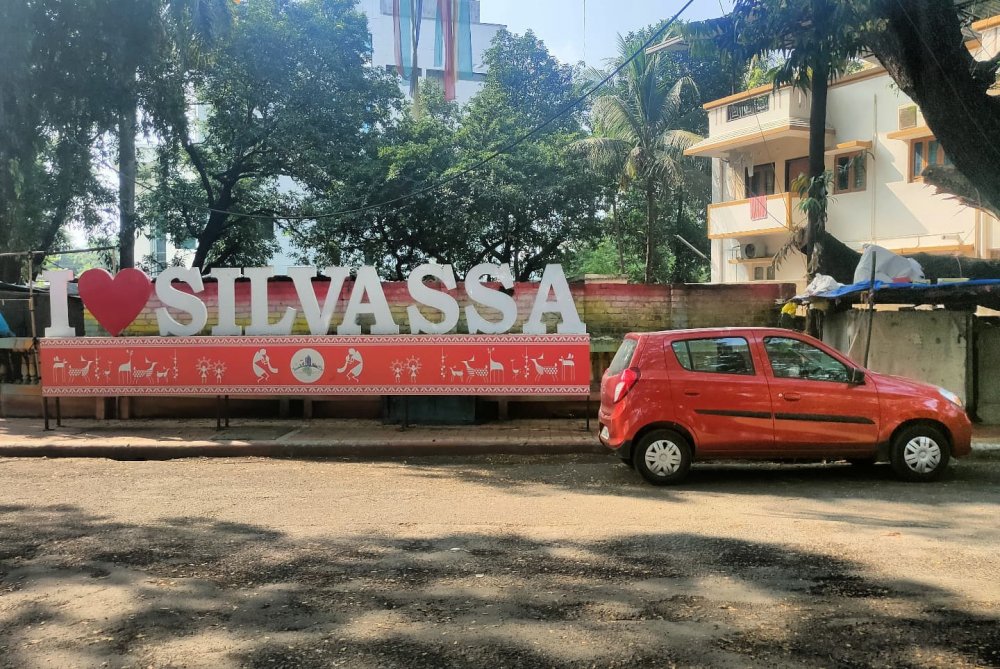 Hoping to create a separate thread for the Alto later when time permits. :)

I appreciate you DIYs a lot.
You might want to look more closely into Motul dsm turbo in your next fill because although as you said Your Motul has grade 15W40 ,BUT , its only recommended for bs3 and 4 only . I believe your bolero is bs6?? It requires a different grade.
Last edited: Jan 2, 2022

mayankdixit said:
I appreciate you DIYs a lot.
You might want to look more closely into Motul dsm turbo in your next fill because although as you said Your Motul has grade 15W40 ,BUT , its only recommended for bs3 and 4 only . I believe your bolero is bs6?? It requires a different grade.
Click to expand...
Yes mine is BS6, but here's the weird catch, I have gone through the manual and it doesn't specify the grade of oil and calls it "Special Engine Fluid" I did try searching for the prescribed oil online but couldn't find it anywhere, hence the reason why I decided to go with what was readily available with my dealer.

I had used Shell Taxi in the Alto and found it good, Shell says it's compatible for the Bolero as well however I didn't see a API Cx grade mentioned on the bottle; 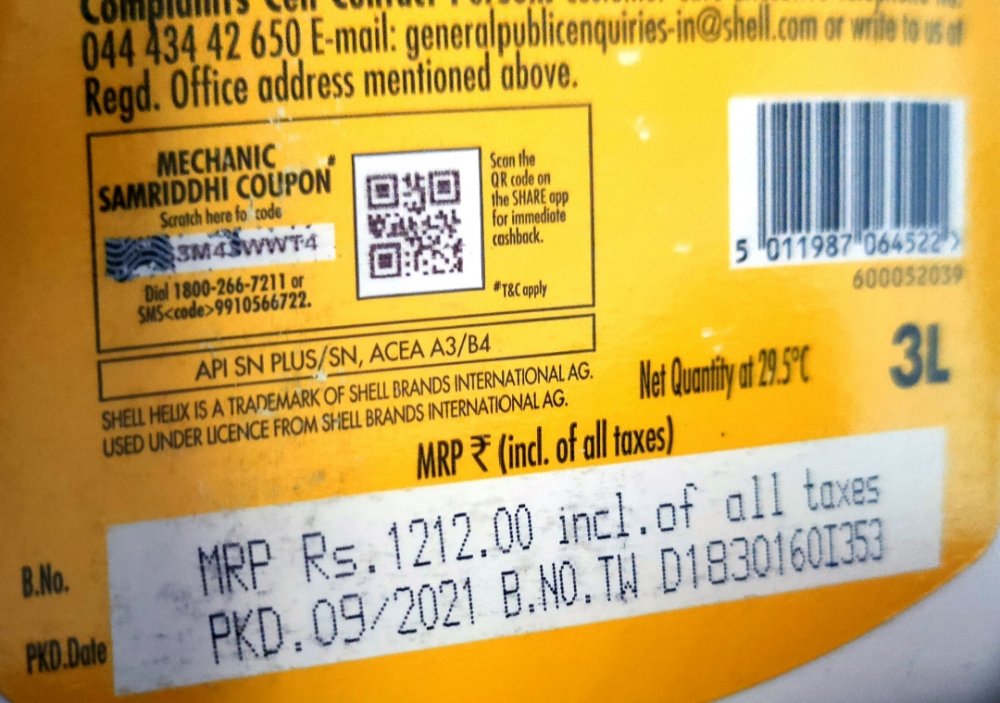 So was wondering if it would be fine to use in the Bolero, it's grade is 5W30, another option is the pricier Rimula R4 which is a API CI4 grade oil and 15W40 grade.

Fact be told I really don't bother with the specifics, simply get what's reliable and cheap and change at short intervals and it has worked too well for the Motorcycles I've owned, however with cars I'm still on the learning curve. :)
C

Appreciate your interest in DIYs and your experiments with oil. But I signed up on this forum after reading your thread because I wanted to clarify something and hope that would help you or at least others in making the right choice.
And regarding using Shell Taxi in Bolero, just forget it. Its ACEA ratings are nowhere close to using it on a DPF equipped engine. You need an ACEA E9 or C1.
Last edited: Jan 16, 2022
K

Congratulations on your sensible purchase.

Wishing you lakhs of happy and safe kilometres.

Common_sense said:
You need an ACEA E9 or C1.
Click to expand...
Thank you for clearing that, I have returned the Shell Taxi as the packing seemed dubious.

As an alternative and due to the next oil change coming up sooner than expected I had picked up a 5L Can of Mobil Super 1000, this is not in compliance with the grade you have mentioned, which I tried to find online but failed.

I have reached out to my oil distributor and he is also clueless, so would you be kind enough to suggest an oil so that I can place an order for the same. The closest I could find with a ACEA rating is Castrol Magnatec SUV which is rated A3/B4.

Wishing you lakhs of happy and safe kilometres.
Click to expand...
Thank you kind Sir.

As an update, Mahindra and Bridgestone after a lot of shifting blame and BS'ing have agreed to offer a goodwill of 75% on the MRP of the tyre, so I would have to pay a shade under 2k from my pocket to replace the tyre that blew.

The process is not hassle-free the blown tyre would have to be couriered to Bridgestone and only then would they issue a replacement, this is in addition to the weeks of haggling for goodwill. Quite inconvenient to say the least, though I do appreciate Mahindra for footing in 30% of the cost when Bridgestone only offered 45%.

I was under quarantine so couldn't go ahead with the replacement or really clock any decent miles, would share further updates as and when possible.

Thank you everyone. :)
You must log in or register to reply here.