I know it is very late coming, but I recently became a member of TAI so here is my experience.

It was in May last year (2011), when I had the opportunity to go for the Mercedes Star Drive. The opportunity would not have come my way if I was not interning in The Hindu last summer. I was nearing the end of my internship and all that i had covered till then were hardcore political and social events and also a few features on a few localities in Bangalore. When I heard that I would be covering the Star Drive, I was thrilled and awaited the day of the event.

The event took place in E-zone, Marathahalli in Bangalore. As I entered the place naturally being from the media I was greeted by a Public relations officer who showed me around the place. Al though, she was showing me around the place, the only thing my eyes were focused on were the SLS 55 AMG and the G55 AMG. So as soon as I was left alone I walked towards the SLS and admired the car from every end. In one word- Gorgeous!

The view I saw as I entered 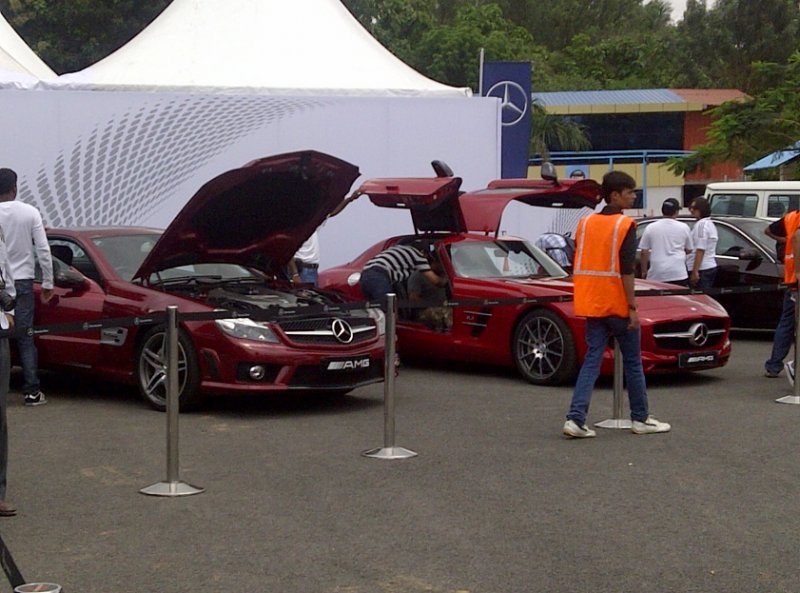 Following are few pictures of the SLS 55 AMG that i managed to click with my phone. 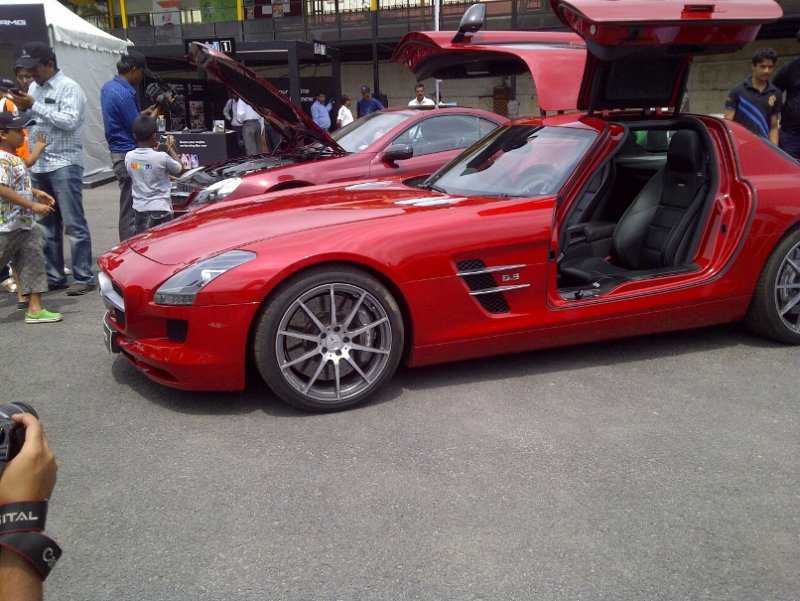 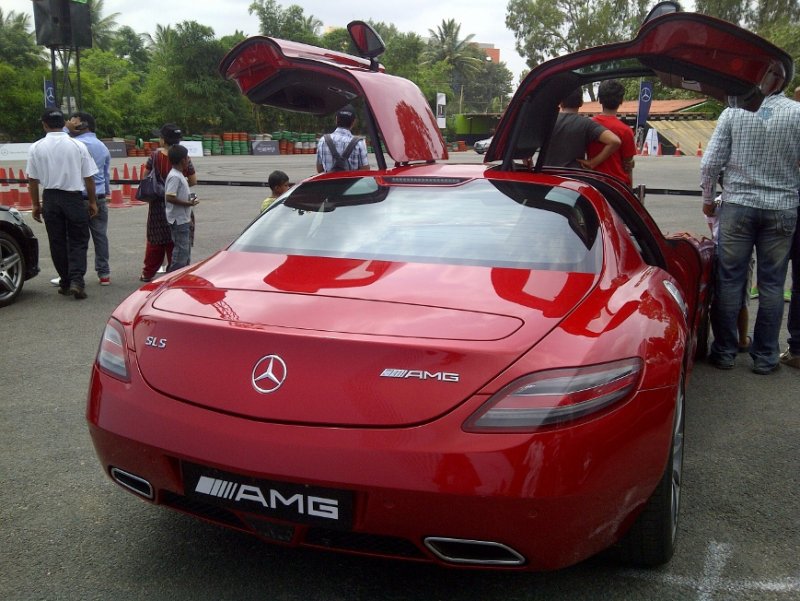 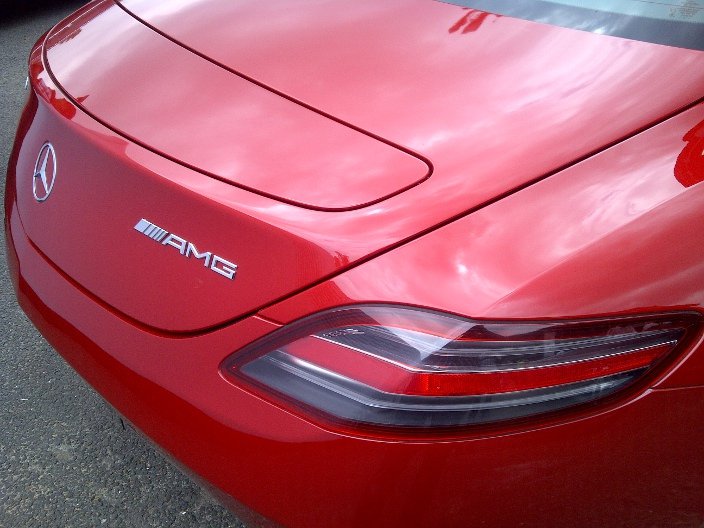 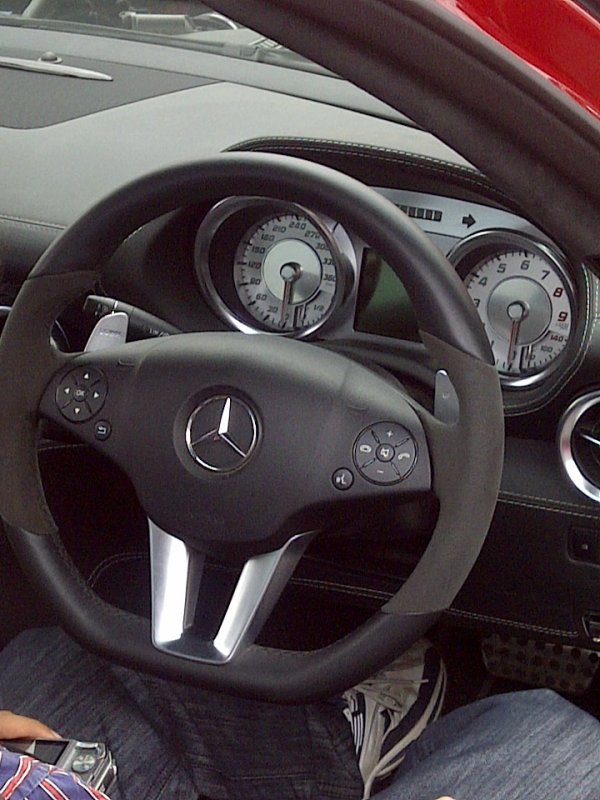 After looking at the SLS for a while, I thought I'd see what they were showcasing in their testing area. They had two tracks laid to show the prowess of Mercedes Cars. One was the off-road track to show what the M-class can do and the other one was just some open tarmac with cones to show the safety features available in Mercedes Cars.

I sat with the test driver who put the car through its paces. Before I sat in the car I thought it might be quite uncomfortable looking at how they were twisting and turning the cars and sliding across the tarmac, but inside the car which was just a C class, it was a rather pleasant affair. The driver put the car into situations where the on board safety features would come alive and it was very interesting to see the kind of innovations that cars come with today. I was truly taken a back by the kind of safety features these cars come loaded with. I assume most owners buying a merc would not even know that such features exist in their car.

We were not allowed to test drive any of the cars ourselves. Nor where the test drivers from Mercedes India allowed to burn rubber on the AMGs. They were strictly only for display. 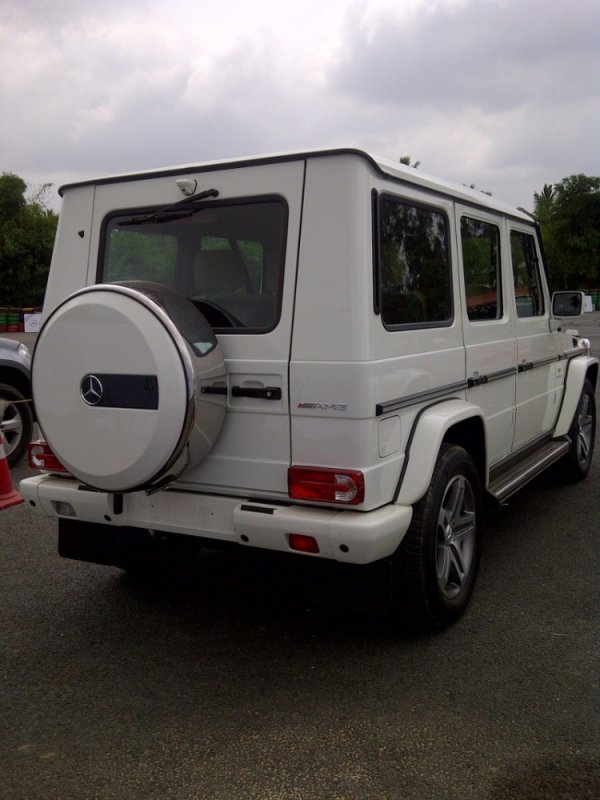 It was a very nice experience to see the cars and also experience the technologies behind these beauties. Al though, the next day my editors had only given a single column for the report, I was happy that I was given the 'duty' to cover the Star Drive event.

Some of the other AMGs showcased

Thanks for putting up this thread

Drive Safe,
350Z
Click to expand...
I don't have anymore pictures sadly. Even the videos I had are lost. Searched hard to find them.

S Class said:
Thanks for putting up this thread

.
Click to expand...
You are welcome. The AMGs really are mean machines. I mean the subtle upgrades in design make such a huge difference in character.

Wow that's good to know , you had a chance to attend the event.

The same SL63 Coupe and the white Benz was driven by Lewis Hamilton, during his September visit to Bangalore NICE Road.

Really like the pic of the current SLS AMG.

This is my Current Wallpaper. 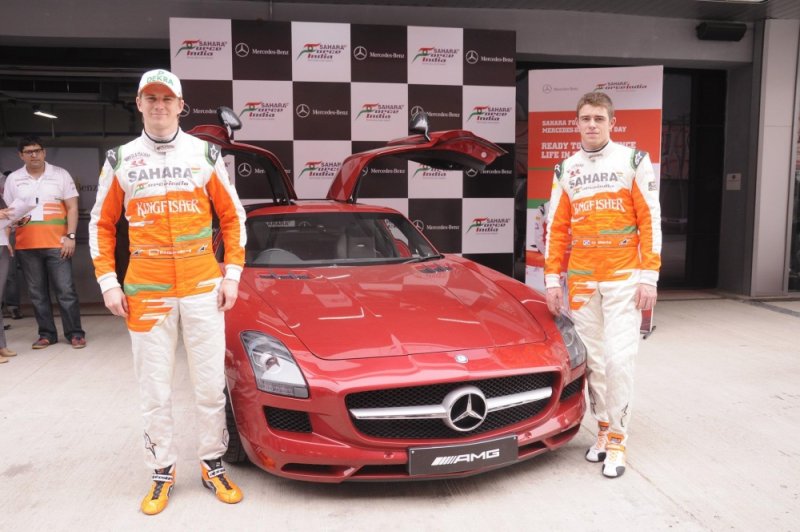 Wow.!!
your guys doing well job Keep it up.

Thank you for sharing with Us.

lucky you buddy! i envy you! plz post more pics of sls and interiors

Does anyone know the latest charges for Mercedes driving school ?
BMW driving charges at Mumbai ?

Mercedes Benz Star Drive is Back! This is the event schedule:

S Class said:
Does anyone know the latest charges for Mercedes driving school ?
Click to expand...
Please refer to this link for details: http://www.theautomotiveindia.com/f...rcedes-benz-setups-driving-academy-india.html

That is been an very good experience which is been shared with all of us, and it is been an all time dream for all of them for driving an Mercedes car. 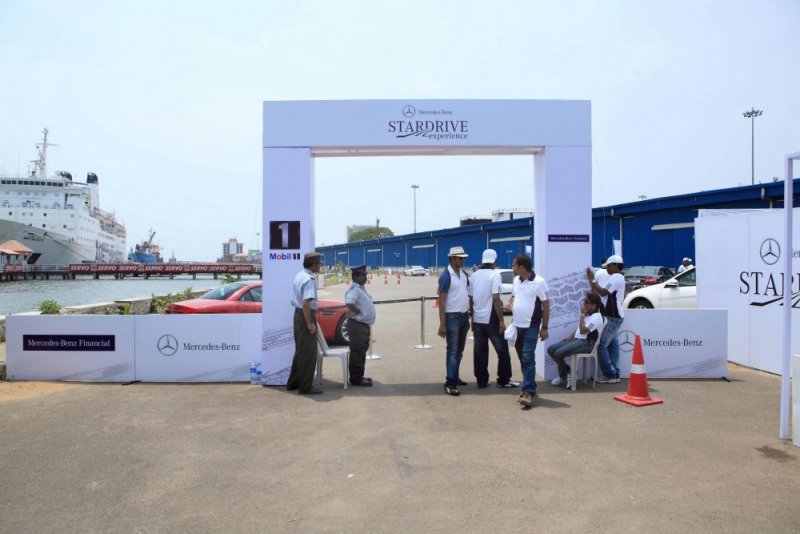 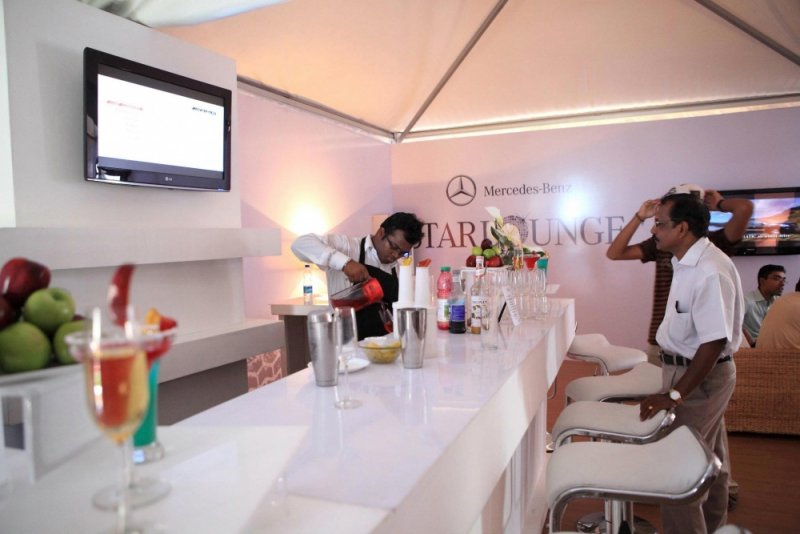 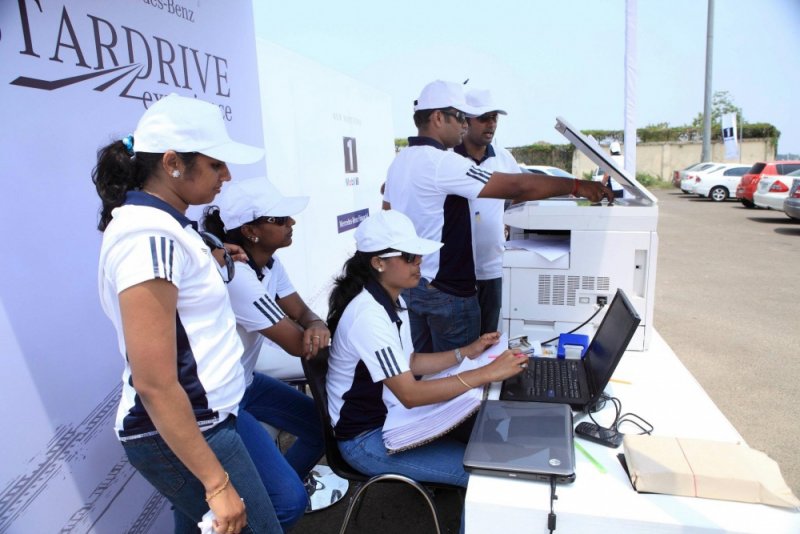 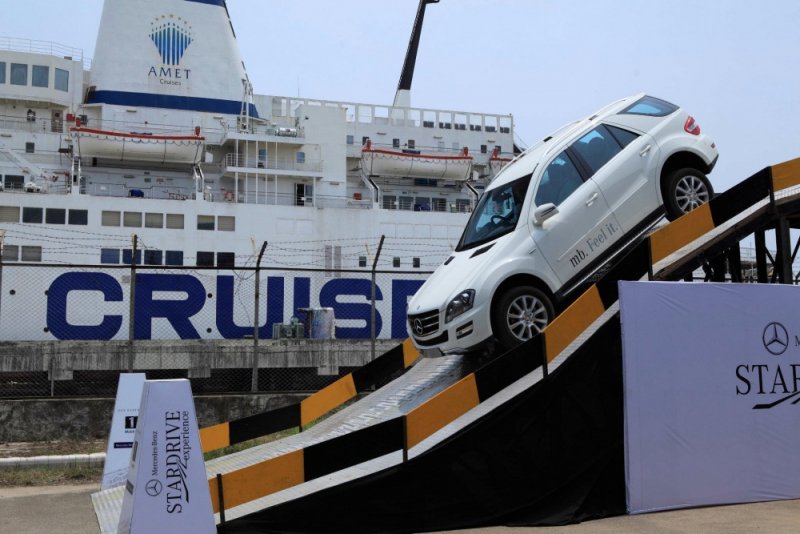 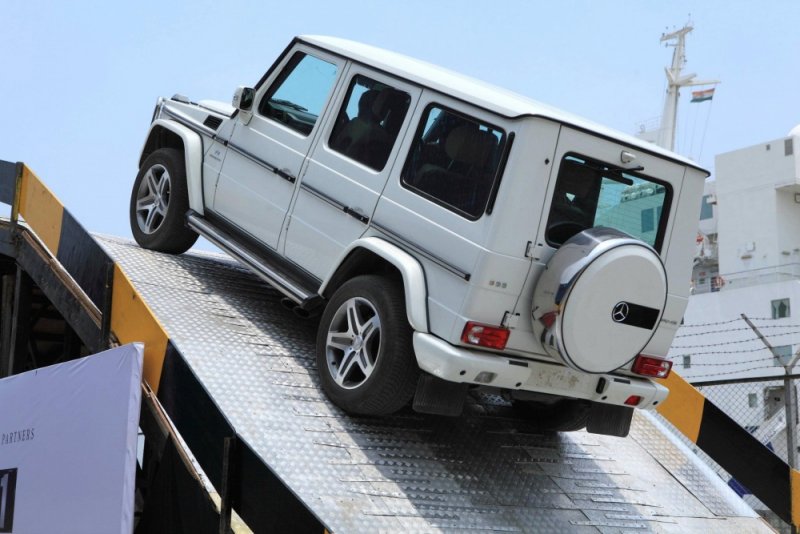 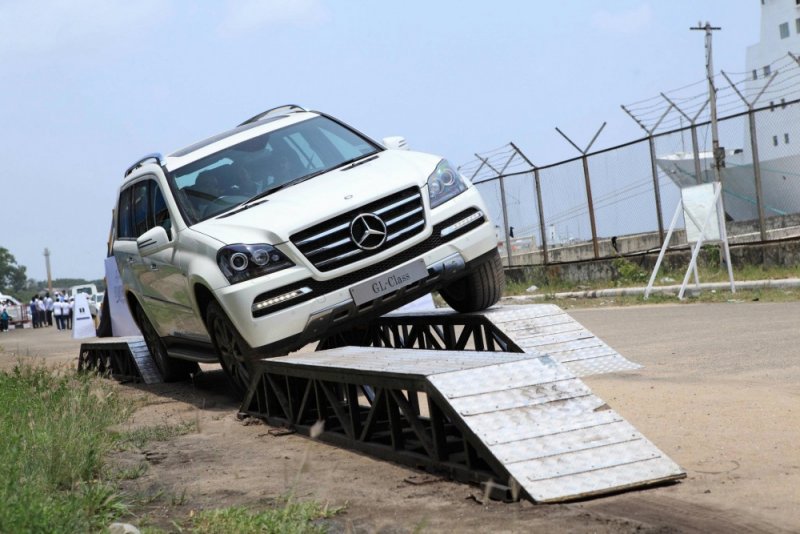 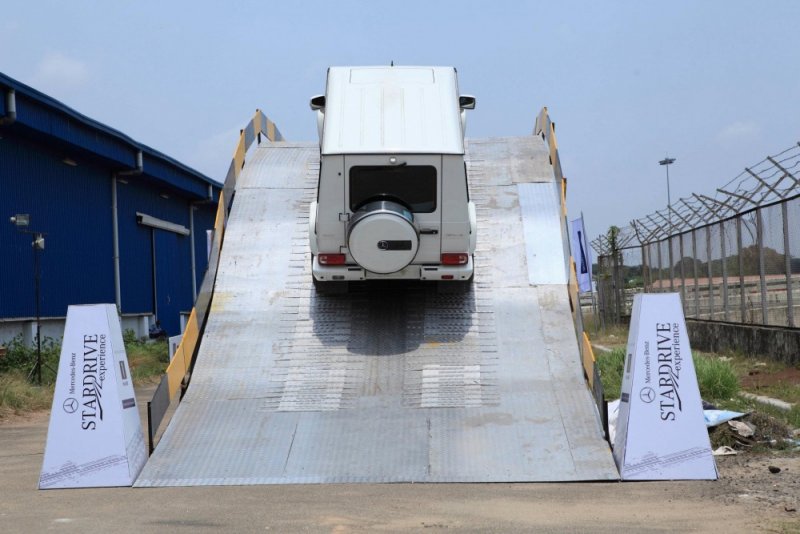 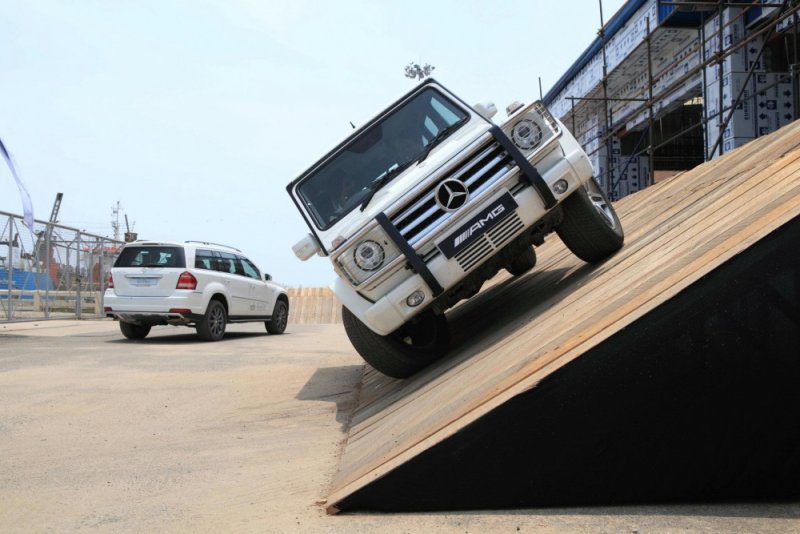 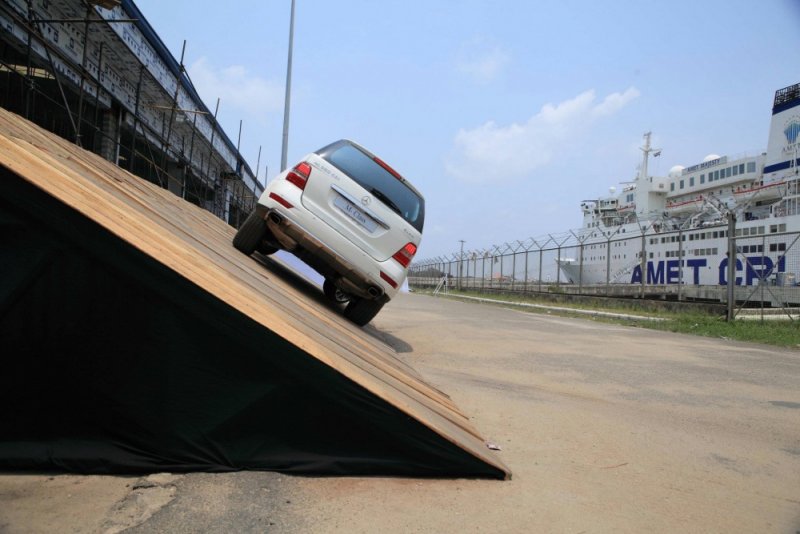