Its been 3 years since i got my Thunderbird

coming at this community i couldn't control myself to share my experience.

There were many problems with my previous bike , TVS victor , as i mentioned above. I was telling , more of complaining My dad about all of the defects it had and i always said to my dad " I WILL ONLY BUY A ROYAL ENFIELD AND NOTHING ELSE"

My Dad was strictly against Yamaha R15 and pulsar 220 , he did not want me to drive these bikes because of the speed they can achieve.

so one day on my way back from Gurudwara , My dad called me and said

i waited for 5 minutes and i was smiling like anything when i entered the car. I was very happy.

And i kept on asking my Dad , what happened ? why now ? all the way until we reach the Showroom.

there were 7-8 bikes standing there. I saw all the bikes with specifications taking my time , while mom and day sat in the office.

i chose the electra. i Just wanted it because it was the only RE which i saw in movies and always wanted it.
But then i saw the Thunderbird and fell in love with it just by looking at it

I said to myself " this is perfect for me"
i asked the personnel there to let me take a ride on it.

Can't really say a ride , i just checked if i can handle the bike ( because of the heavy weight ) coming from Tvs victor to thunderbird was a huge leap.

I just checked if it was comfortable enough for me. it was :)
the manager suggested me to add the leg guard there itself.
I selected one but unfortunately it was not fitting in my bike so i have to chose the second liking.

Then off i went on my new bike flaunting it to everyone present on the road , a big smile on my face cruising at 40kmph. it was the best feeling that i got my dream Royal enfield.
because of my build only RE suited me.

Coming at home , My friends congratulated me and all of them wanted a ride. i happily rode it around 40kms that day.

This is a pic which i really love. i haven't actually taken lots of pic but i guess will have to do to post in this thread. 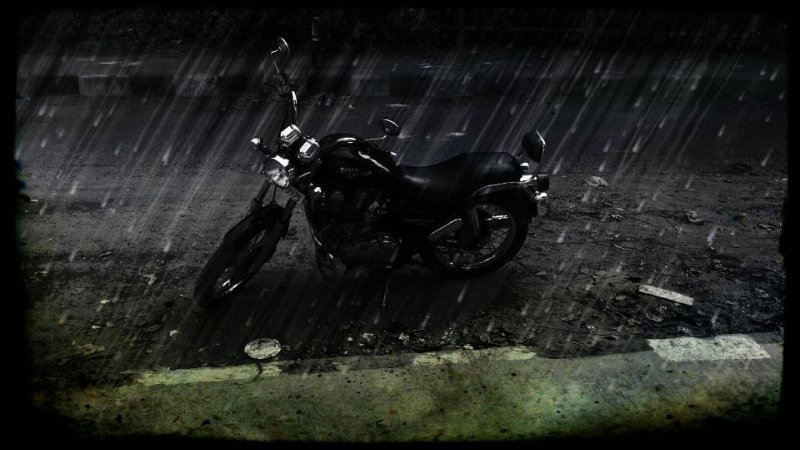 Hearty Congratulations on owning the "Bullut" , we used to have one long long back and it makes me nostalgic!

Saw your other thread briefly too on the fluidic verna and looks like good photography skills, loved the pic of the verna

Look forward to the technical details of your ownership experience

Thanks for your wishes

which bullet did you own ? thunderbird ?

So I got my bike on 18th and on 22th my bike tasted the roads. My friend who was not used to disc brakes , used it like a normal brake. Pressed it very hard and it fell. [:(] with me and my friend.

We both were alright but both the left side footrest, left mirror , headlight broke. And scratches everywhere.

No problem got it fixed.

Then some 4 months ago another friend did the same thing. Same damages but now got some dents on the tank as well.
My bike was perfect but after these two incidents , it just lost it.

Don't know there's sepage ( service guy told me this ) all over the engine. Even if I clean it , it becomes like that. Will upload some pics soon.

After that all I ever had are problems. Gear's oil seal breaked and now suspension's seal broke.

The other day was going to the service center to get it checked , unfortunately for the first time in 5 years I met with an accident on my bike. It was some weeks back and till date have not used it.

Bike's are not the safest.

I kept my bike just to travel short distances to beat traffic. But I guess life is more important. Will ask my dad after my examinations to sell it.

I always wanted a RE , I got one but now its time to say goodbye. If there are any members who would like to discuss more , you're welcome.

I'll be honest I have not travelled more than 15kms from my home on my bike. My dad won't let me.

I guess the fun's over for now. Till date I don't know what mileage my bike gave

never realy cared. But seriously this ia one of the greatest bikes made.
V

Till now, never seen anybody saying Bid-adieu to RE...But life goes on....

allhyundaicars said:
Thanks for your wishes

which bullet did you own ? thunderbird ?
Click to expand...
Mine was over 20 years back the original one 350

Congoz for the beauty allhyundaicars.I am also in the list of bullet fans and is already in the queue to join my friend for Himalayan odyssey this year(three more friends are insisting him to take them).

Your bike is looking great.I rid a classic 350 and classic 500 EFI yesterday itself and is still thinking of them.REs have something special,as now I am feeling something missing in my 220.

Good luck..
Click to expand...
as i mentioned above the bike has lost it :\ now its not that much fun that i used to have earlier. now i only use my bike to beat traffic. and the memories' will always be with me

Iron Rock said:
Mine was over 20 years back the original one 350 ,
Click to expand...
wow amazing

those were the real RE back then.

TSIVipul said:
Congoz for the beauty allhyundaicars.I am also in the list of bullet fans and is already in the queue to join my friend for Himalayan odyssey this year(three more friends are insisting him to take them).

Your bike is looking great.I rid a classic 350 and classic 500 EFI yesterday itself and is still thinking of them.REs have something special,as now I am feeling something missing in my 220.
Click to expand...
i always wanted to go on a trip like that but never got the chance and i think will never even fulfill that dream. its ok atleast i got the thunderbird

tomorrow will be thunderbird's turn.

my helmet biting dust in the store room. 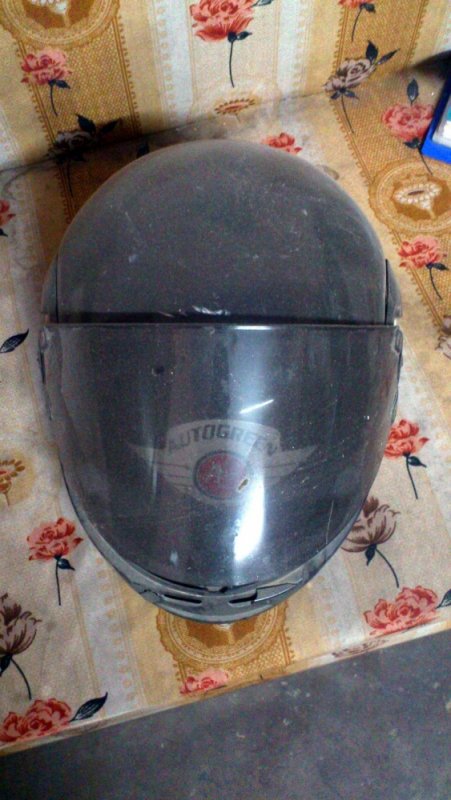 and as i mentioned above , there are 2 dents on both the sides of the tank. will get the tank replaced under insurance. 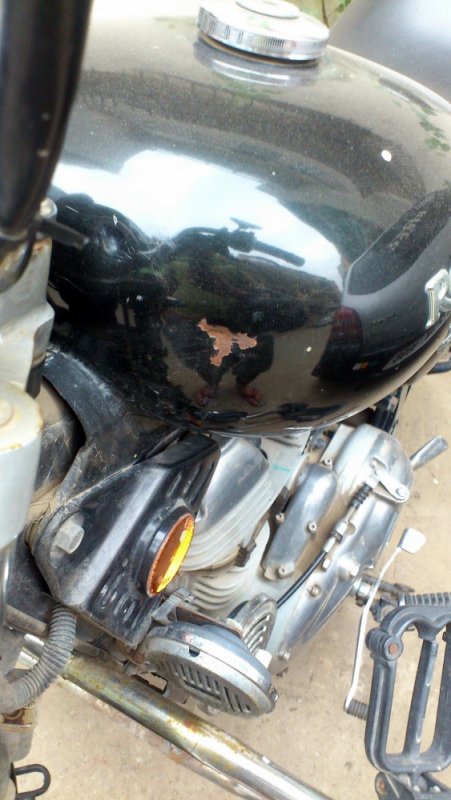 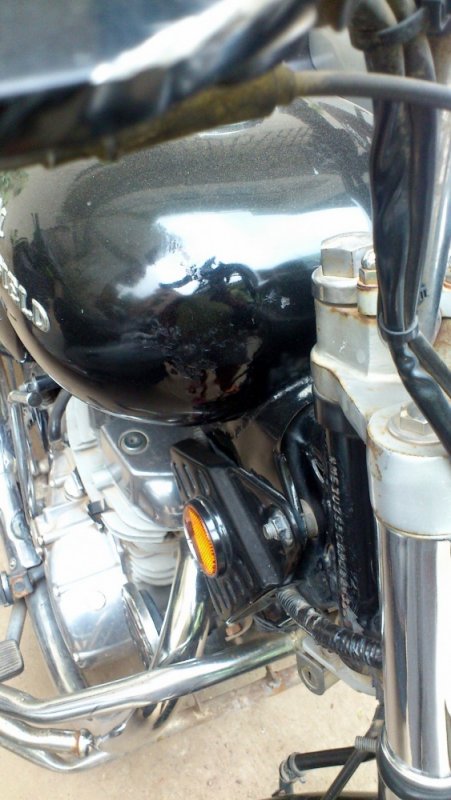 also , have to get the oil seal of front suspensions. all the oil came out and now it causes choo choo noise everytime i break. 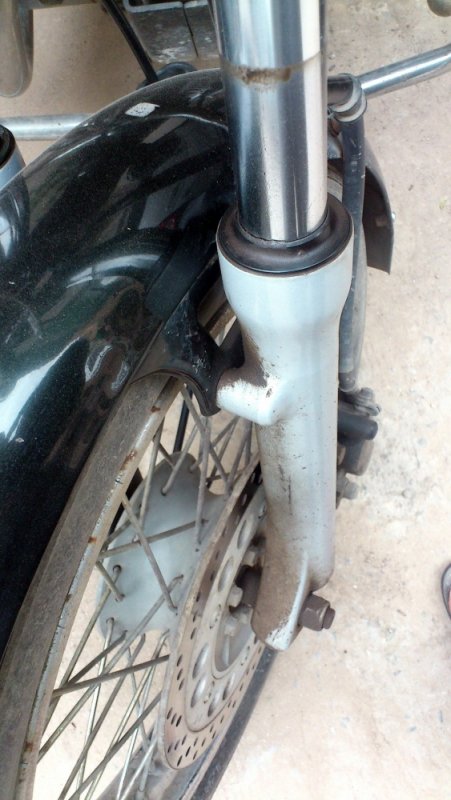 Wow - another similarity between us. I have a TBTS as well.

aristo_perfect said:
Wow - another similarity between us. I have a TBTS as well.
Click to expand...
hehe great

i'm assuming your's would be in a better shape than mine

some months back i used to wash it myself twice in a month , apply polish and all , but now it just stays parked at the same place for weeks.

i regret giving my bike to them. but i guess now after fixing all the problems in the bike it will be good as new.

Mine is a newer one - done around 8000 kms on that. Planning to replace the stock exhaust pipe with a Goldstar silencer. Have you replaced your stock ones?

and you already crossed 8000 kilometers.

the stock one was really bad.

allhyundaicars said:
my bike's odo is near 7500

Click to expand...
Come on buddy, you got to show her more road's

visran said:
Come on buddy, you got to show her more road's

my dad doesn't let me take it on long distances

i use my bike to go to those places where there is traffic and difficult to park a car. so say i use it for short distances.

this year i used my bike to travel to and from my college , daily 25 kilometers , if i didn't use my bike the odo must have showed just 6000 kilometers.

the suspension oil seal will be available on saturday for 600 rupees.
i enquired a local shop , they were charging 300 rupees but its better to get this done from the workshop.

will get the oil and service done on saturday only.