Ever since the Nexon was launched in Sept 2017, I followed it like a child in a toy shop, I read up/viewed ever thing Nexon from XE to XZ+, and conducted multiple TD’s both of Petrol & Diesel, I was even ready to buy the XM (P), and then read up all Diesel reviews, especially Dr. Mayank Dixit’s who I think was equally enamored, and was I floored well its all there on the Nexon thread.

And then the wait started for the AMT version, whose sightings started somewhere around the beginning of the year, and in May 2018 XZA+ was launched, even in the MT version I found XM true VFM, and after the launch of Vatara Breeza AMT in June, I had a strong intuition that Nexon XMA won’t be far away, but birdie scoops were few and far between, some envisioned launch after Harrier?

But I pursued and low and behold on 19th July, and thanks to Anshuman updated me the launch of XMA, I immediately forwarded the msg to the 2 dealers, Sai Motors GM was my contact, who was so smitten by my updates, that Tata Motors Regional Head was curious to meet me about a senior person’s passion to have his Nexon XMA in Etna Orange. Even by 25th they had no price and availability update. 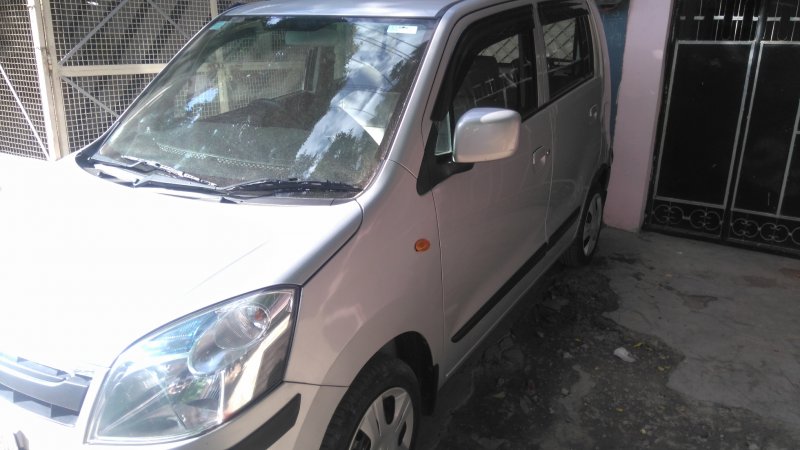 My 2014 Wagon R VXI
So on 28th I landed at Society Motors with cheque book in hand, and true as a UP Govt Babu, they had no news on prices and offers, I threatened I’m walking out with check book in hand, they then became active, and on road price quoted 9.64L on road with zero dep insurance and no accessories, local accessories 11k and Tata genuine 18.5K, I left and landed at Sai Motors which was my original choice (I went to Society because they only had XZA+ TD and a display Etna Orange XM), the GM was a courteous person and had all his offers ready, his price 9.72L with Tata genuine accessories, and 3L exchange for my 2014 WagonR. Paid 21k advance balance after PDI agreed, with delivery promised in 10 days.

Got a call on 30th with the VIN No., which was decoded by Anshuman as July 2018, factory fresh, my FANTA-BULOUS landed on 4th Aug within 7 days of booking, completed the PDI the next day (KM reading 17km), chose the color and pattern for the seat covers. 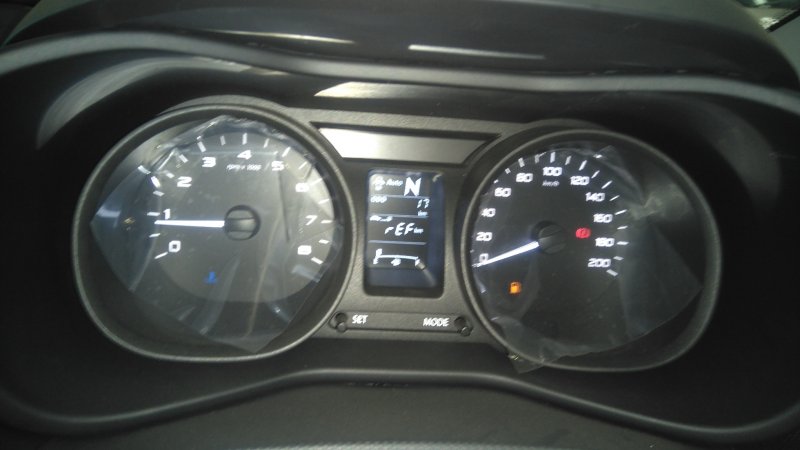 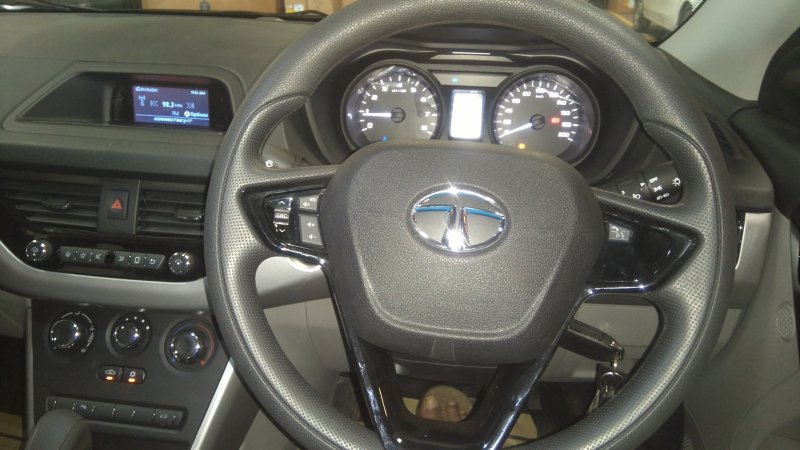 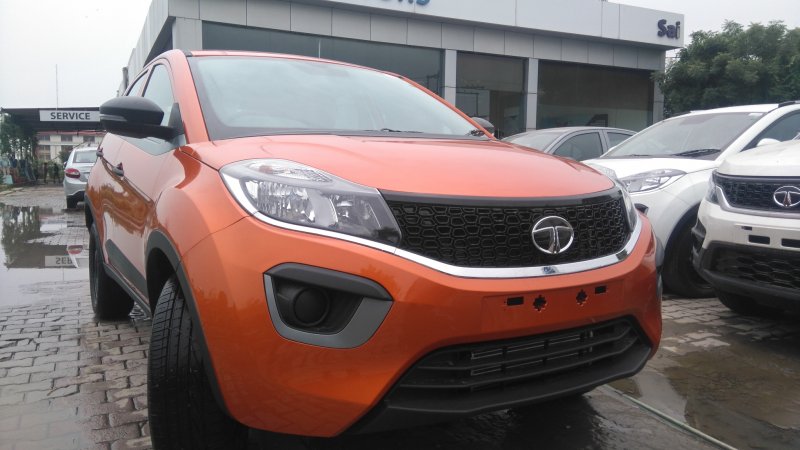 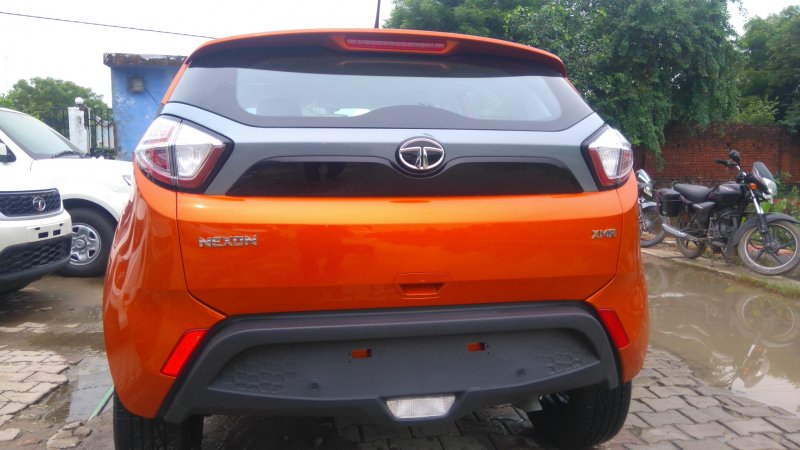 Me and my wife went in the Wagon R, they had all the papers ready, had a small ceremony, and they shot a video (especially requested by Tata Motors Regional Head), about my views on the Nexon, and mid way through all this I broke down as it was an emotional journey for me from a humble Bajaj Super in ’82 to this spanking new 2018 Tata Nexon XMA Diesel. 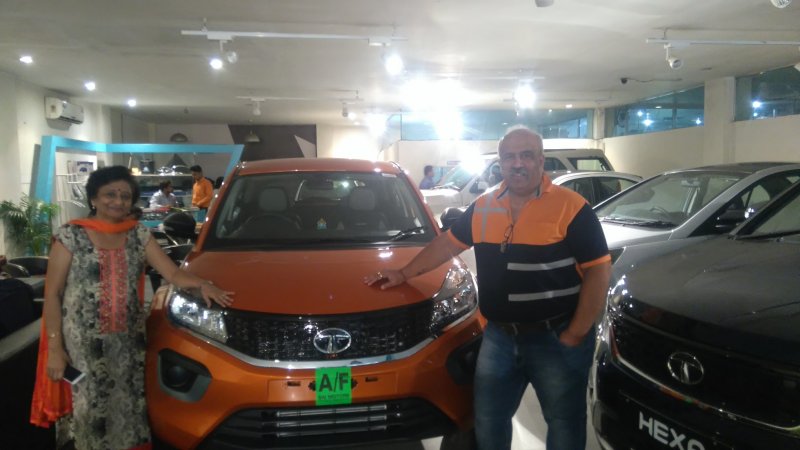 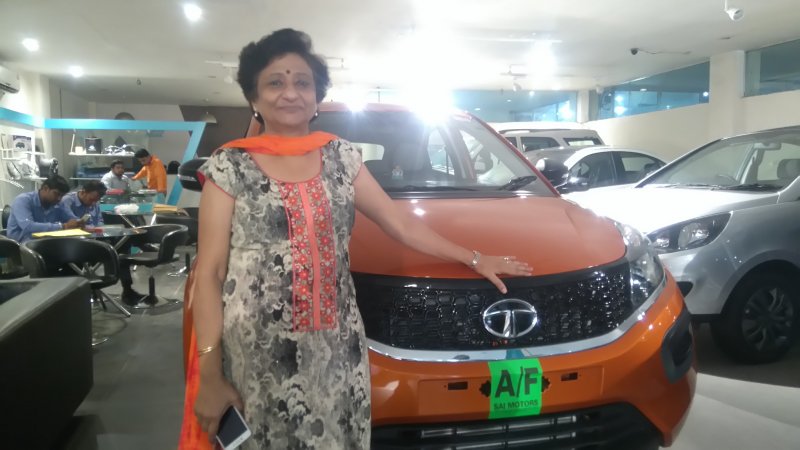 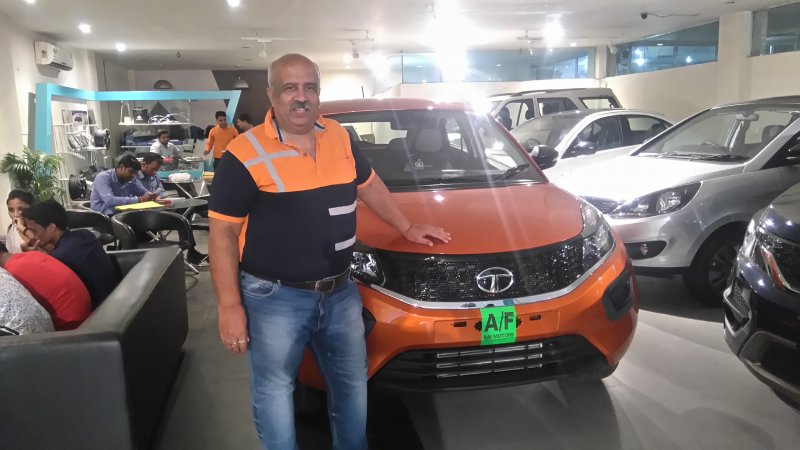 Thanks for reading, and thank you Akash, Prabhagar, Anshuman and other TAI’gers for your inputs.

Few pick’s follow, more to come, once I load up the KM and the weather eases.

Let me the one congratulate you first.

Congratulations, Sir. A vibrant color choice for a young-at-heart owner

Glad to see a wonderful upgrade to the Wagon R. Hope you enjoy the car and have a great time too.

Sarkar khub khub badhiyan!! Heartiest congratulations on your orange lava and i soo much loved the smile on you guys says it all for Nexon as well as your emotional journey so far.Wishing you many many happy and safe miles with it.Keep updating it and keep sharing loads of pictures of your ride.
A

Congratulations sir. Your love for the colour is visible through the matching splash of Orange on your T-shirt. Happy Motoring.

Vinodji, hearty congratulations on your 4 star safe, fantabulous Enta orange Car. The color really looks very vibrant and alive. best of all is that the white ceramic is now grey which looks much much better than white.

Please do a detailed photoshoot of interiors and exteriors of your car would love to see them in detail. How are the AC rotary knobs and how is visiblity of the ICE screen? Is there any difference in sound quality compared to XZ with touch screen. I hope there should not be. But would like to know from you.

forgot to add, seems you and your better half had planned a theme ceremony, it was like paint it orange. Love the zest and enthusiam you both have. In my case, though i was about to get my childhood sweetheart, I could not think of having theme for clothers. hope some of your enthusiasm rubs into me via Automotive portal.
Last edited: Aug 10, 2018

A.G. said:
. Your love for the colour is visible through the matching splash of Orange on your T-shirt..
Click to expand...
And the colour also reflects in madam's attire . Was it all planned or just a coincidence?
It suits the occasion.
Last edited: Aug 10, 2018

I saw the irony here. I got a quote of 2L for my 2014 Tata Zest RT XT from Tata dealership and they quoted 3L for your WagonR. I know that Tata cars didn't have much resale value till now. But I hope it will improve when I decide to upgrade in future.

Have you purchased any accessories for your nexon or planning to do so? I have purchased magnetic sunshades and looking for dupont tyvek cover from polco PolcoIndia | TATA - Nexon - Polco Car Body Cover for Tata Nexon Dupont Tyvek. Let me know your views on it.

Congratulations once again for your fantabulous Nexon.
Last edited: Aug 10, 2018

Super Car, Super Color
Super Co-ordination of Orange color dresses to match with your Orange Nexon.
Looking forward to your valuable inputs in the future.

Wish you many happy miles and equal smiles with your Nexon!

Waiting for your detailed review to follow your foot prints on XMA, I am holding my purchase till this year end or early next year as I have planned for relocation.

Superb car and a lovely colour.

Nexon will be my next upgrade too. Timelines unknown.

Congratulations !!! Joined the party late . The colour looks smashing.
Wish you many Happy miles ahead with the Nexon. Plan a trip to down south.
Happy that I was of help to provide some inputs during Nexon purchase.

Its raining Nexons on the forum.
The blues, The greys and the oranges!

Congrats on the beast!. From nano to Nexon. Thats quite a journey! Wish you many happy miles in this strong and comfortable beast!

P.s- There is some orange+Grey theme on your Both's attire as well! That was so sweet.
You must log in or register to reply here.