Hi, I guess. Alright, alright before you all come marching to throw stones at me for being pretty much non-existent, I’ll explain. Got really, I mean really busy with work. So, we’re all good now? Yes? No? Alright, let me make it up to you buddies with another write up. Or maybe it’s just more punishment you have to sit through, I’ll let you guys and gals be the judge!

Anyway, I tend to ramble and go off topic so steer-back attempt number one and I’m back on track. For now. People always say, “Look to the bright side of life,” but I’m going to start this with something not so gleeful. Some of you probably know about my Mahindra Jeep. The workhorse was growing old and his battle scars were starting to show. 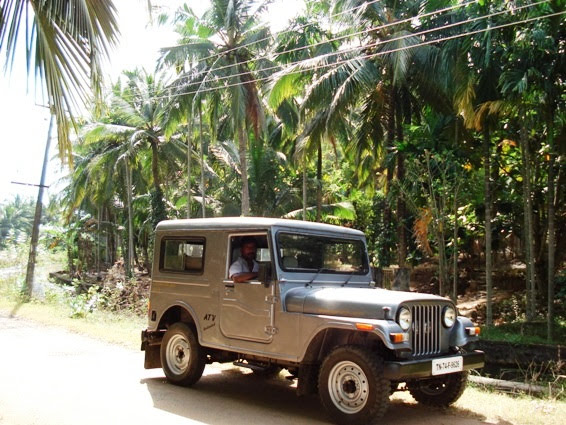 We decided to not spend much on the Jeep any longer. Honouring the good old guy’s services, we sang his final battle symphony, selling him to a friend from our home town. The old man finally went back home to Nagercoil from Hosur. Still, our story has a happy ending. The Jeep is now the centre of attraction there. We even come across pictures of people with it on social media. All’s well that ends well, I guess. 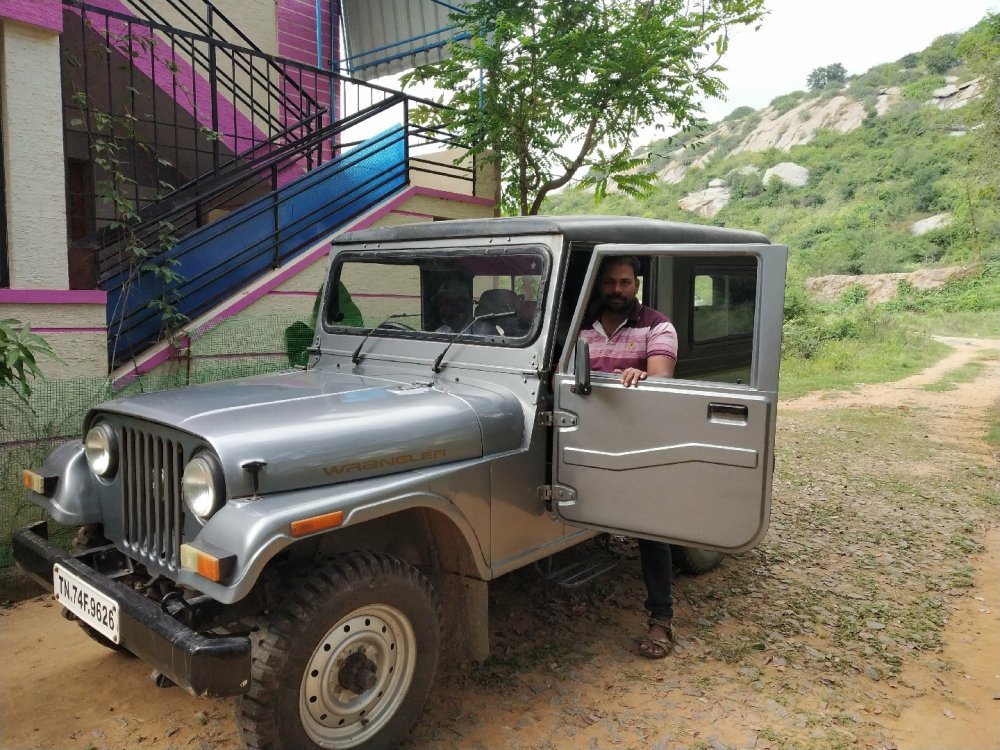 Although that happened, I was not without a plan in mind and neither was my dad. Dad was getting older and as much as we hate to admit it, there comes a time in our lives when we have to ease down a little. He was no longer feeling comfortable hammering down the clutch pedal on the Scorpio in city traffic. For me on the other hand, the comfort of a four-wheeler seemed essential after all those rainy nights in Hosur when my Jeep faithfully protected me. I think you’ve all probably guessed by now where I’m getting at.

Yes, before I sold my Jeep, I booked a WagonR VXi 1.2 AGS. The plan was to get the WagonR, let go of the Jeep and slowly let time decide which vehicle would be driven by whom (We have zero ownership claims in our family. Everyone owns everything,

Coming to the budget, it was strictly six lacs, seven tops and the car had to be an automatic. Very few automatic options were there in this price range and I narrowed it down to the Tata Tiago and the WagonR. The Tiago was just a wee bit out of the comfortable price bracket and the WagonR seemed like a better choice in terms of overall space so with it, I went.
You know the drill. It’s buyer experience time! I’m busy on weekdays and lazy on weekends so it was not easy to find a time to visit the showroom but I spared time one Sunday and went to Arena Cars, Hosur. I went in my bike, clad in a very simple T-shirt and jeans. The salespeople must’ve thought I was someone with a long-term dream to own a car someday. I had to go and ask around to check the WagonR on display. Finally, after a while, a girl accompanied me to help and explain the details.

Trust me, folks, I did not intend to embarrass the poor girl but I was both curious about the car and frustrated about having to return to work the next day. I hit her with train after train of technical questions in serious Engineering language and her eyes went as wide as saucers, confused about the simple looking customer wringing out answers from her. She threw in the towel soon enough, admitting that she was new there and pitched me with a senior sales manager.

I got my explanations alright but I couldn’t get a test drive of the car as it was not available. The manager told me that they’d arrange a car the next weekend. I was okay with it and more than that, I was keen on testing the car first because I was in a dilemma of whether to choose the 1 litre variant or the 1.2 litre one. I had to wait for another full week just for the test drive car to get ready and even when they called me, they only had the 1.2L available so I took that around for a little spin.

Checking out the 1.2L made it clear that that was what I wanted. After years of getting used to the pull of diesels and being pampered by 280 Newton metres from the Scorpio, I was in no mood to even look at the direction of the 1.0 litre engine any longer because even the 1.2 litre motor seemed just adequate. I did not spend any more time lingering and booked the 1.2L AGS. I was asked to wait for four to six weeks to take delivery of the car. So with the booking done on November 2022, I was told to expect it by the first week of January 2021.
Quoting Jeremy Clarkson, “What could possibly go wrong?” And boy, was I wrong.

With radio silence from Maruti even upon a blatant deferment of the plan, I sat blinking as February rolled in, followed by March, April and May. My patience was wearing thin as was my politeness in the follow-up phone calls. I was also frustrated with how disorganised the whole process was. I was not given any way to track my booking status or anything. Any query was answered by a “I’ll check and tell,” or a “It’s under progress and should be completed by this week.” I was tired of hearing “this week” for 15 weeks. Oh and in the meantime, three and a half months after the booking, they had the nerve to send me a mail which read, and I quote,
“Thank you for booking MARUTI WAGON-R VXI AGS 1.2- GRAY at our dealership.

The waiting period communicated to you at the time of booking was 16-18 weeks but now it was extended 24 weeks.”

They really should have thought the matter through before assuming I was some random guy with no knowledge of mail escalations. I work in a corporate company where escalating mails are everything.

The following part was the hilarious bit. Apart from the unpalatable English in the mail that was enough to make Shakespeare get up from his grave, they even had the guts to state that the main reason for the delay was the overwhelming response by the public. To clarify, the WagonR, to my knowledge, is a mass-produced car. Without any aspect of exclusivity, any amount of waiting period for such a car was simply ridiculous. I wasn’t really irked by their justification but was appalled by their indifference to the blatant lie about their communication of the waiting period.

As a person, I take accountability very seriously and I was not prepared to let this go. I drafted a response and sent it their way but there was no reply to that and there was no improvement in the delivery commitment either. I finally drafted a very long and detailed mail to them.

I did get a response but it was just as pointless. At least, they finally gave up a more realistic delivery date.

This isn’t all of it. Every step along the way, I had to keep drilling them to not scribble on papers and send blurry images over whatsapp but they kept doing it anyway. They wanted payment a week before vehicle delivery in order to process registration and other processes but even for that, they were not bothered to give me a proper bill to pay it against. I was also shocked at the INR 25000 price hike and was all the more frustrated because I booked the car well before the lockdowns and well before the yearly hike was announced as well. Somehow I felt cheated, being made to wait for so long and then slapped with an increased price for good measure. After being adamant about getting a proper invoice, they finally sent me a rudimentary bill typed out in MS Word or something. That seemed too efficient on their part so I checked again and yes, the booking amount was not deducted. I was so close to banging my head on a wall at the incompetence of the dealer. More than three, yes, three follow-up phone calls and two days later, they gave the proforma invoice with proper calculations. Who knew subtraction took that long! Here is the breakup of the price.

Finally on 28th June, 2021, we got the car. However, I was completely devoid of any excitement at that point. Seven months was way too much for a hatch, a mass-produced hatch. I may sound like a cruel and unempathetic customer here but I also work for a company that primarily serves automotive giants. We know and face the brunt of how hard our customers make us work and how much pressure they put on us. Lockdown, no lockdown, it doesn’t matter for them. But when it comes to their customers, the “I know you’ll wait because you won’t go anywhere else” attitude simply stinks.

It’s actually interesting how much the buying experience shapes and sets things up for the ownership experience. However, I took that as a good thing because with such a sour experience in the background, I was forced to form opinions about the car from scratch and not let it get covered in good dealership experience, not that I didn’t wish for it. Over the course of this writeup, coming up are the pre-delivery formalities, delivery day experience, initial impressions and short-term driving experience all with loads of pictures. Stay tuned, friends!
You must log in or register to reply here.