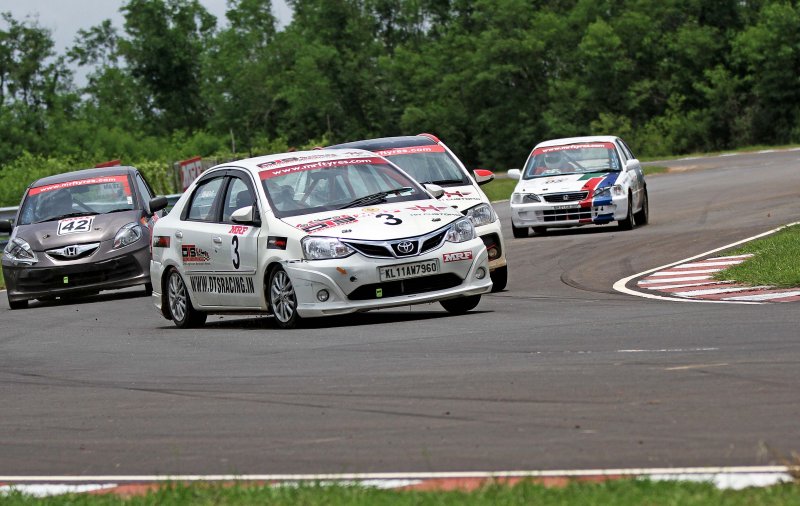 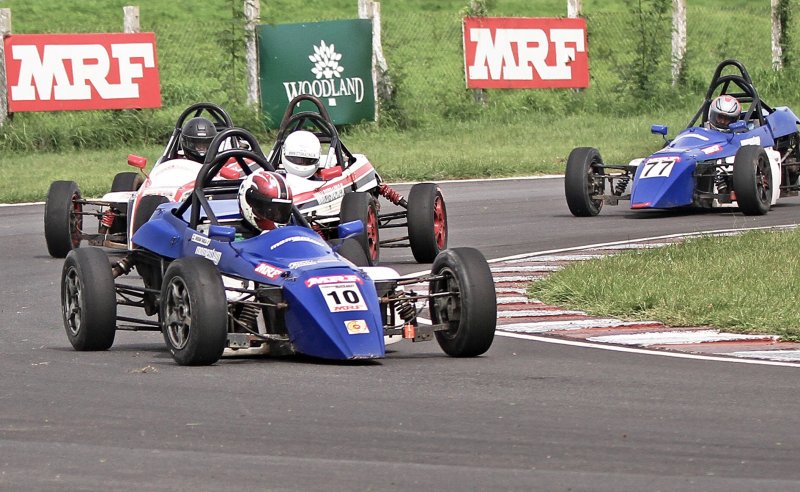 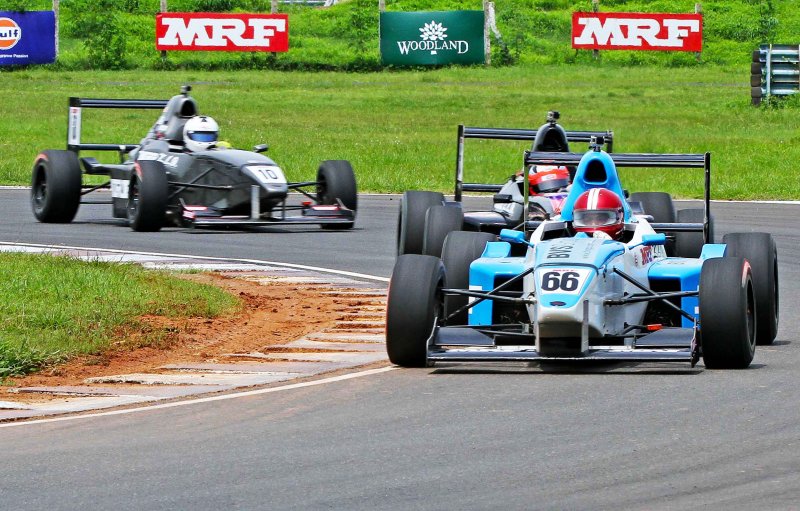 ​
Chennai, September 14: The fifth and concluding round of the MRF MMSC fmsci Indian National Racing Championship 2017, commencing at the MMRT track here on Friday, is poised on a knife’s edge with multiple drivers lined up for titles in their respective categories, thus setting the stage for some intriguing contests.

The weekend programme also includes the Volkswagen Ameo Cup besides the third and concluding round of the MMSC fmsci Indian National Drag Racing Championship which will be run on Saturday (practice) and Sunday (final).

At the top of the heap in the National Championship that is likely to undergo changes next season with combined grids in single-seater and saloon car categories, is the MRF F1600 which offers the champion a ticket to the Mazda Road To Indy shootout later this year.

Hyderabad’s Anindith Reddy, with six wins in 10 outings, heads the leaderboard with a comfortable 44.5 points lead over Sandeep Kumar from Bengaluru going into the triple-header this weekend.

In the premier Indian Touring Cars class, everything points to a straight shootout between championship leader Deepak Paul Chinnappa (Race Concepts) from Bengaluru who is ahead of a late-charging defending champion Arjun Narendran (Red Rooster Performance) by just seven points.

While Chinnappa enjoyed a brilliant start to the season with four wins on the trot, Narendran, shuttling between England where he is pursuing higher studies and India for the races, shrugged off a poor start to post three victories in a row to put his campaign back on track. With a maximum of 50 points at stake in this weekend’s double-header, neither can afford to drop points.

The situation is similar in the other three saloon cars categories, the Indian Junior Touring Cars, Super Stock and Esteem Cup, all of which run on a combined grid, and have three races this weekend.

On changes to the championship next season, Chairman of the Meet Vicky Chandhok said: “We decided on combined grids from the next season’s MRF MMSC fmsci Championship to make the races more competitive. The spectators would get to see more overtaking on the track.

“The ITC and Volkswagen Ameo Cup cars are almost on par on pace, and that should make for some exciting racing and overtaking when run concurrently. The MRF 1600 and the Formula LGB 1300 will also run on combined grid. We may also combine more classes to give spectators more of what they want plus give drivers new challenges.

“The MMRT has a FIA International license which permits the track to have up to 42 starters and we intend to use that from next year. It's time for big changes to make it a more exciting spectacle.”

Race Director Manoj Dalal said: “We have 18 new high definition cameras in Race Control which will enable us to monitor the races even more closely from our screens and take immediate calls on any photo finish, many of which we've seen in the recent past or on-track incidents.”
Click to expand...
Regards

Chennai, Sept 15: Bengaluru drivers Deepak Paul Chinnappa of Race Concepts and schoolboy Yash Aradhya grabbed pole positions in their respective categories while Hyderabad’s Anindith Reddy was overall quickest in the MRF F1600 practice session in the fifth and final round of the MRF MMSC fmsci Indian National Racing Championship at the MMRT track here on Friday.

Championship contenders Anindith Reddy and Sandeep Kumar (Chennai) set the early pace in the two practice sessions. Anindith was overall quickest, albeit by a mere three-hundredth of a second with a best of one minute, 40.130 seconds to Sandeep Kumar’s 01:40.164, but the real battle lies over the weekend when three races are scheduled after Saturday’s qualifying session.

Behind the leaders was local challenger Chetan Korada who showed improvement with every lap, clocking a best of 01:40.815 and then going even quicker in the second session when he did a 01:40.350.

The qualifying session in the premier Indian Touring Cars class reflected the closeness of contest among the front-runners. Chinnappa who leads the championship by just seven points, was the quickest in both the practice sessions, and followed it up with a blistering lap of 01:53.068 in the qualifying ahead of the Red Rooster Performance pair of defending champion Arjun Narendran (01:53.132), second in the championship, and Ashish Ramaswamy (01:53.140). 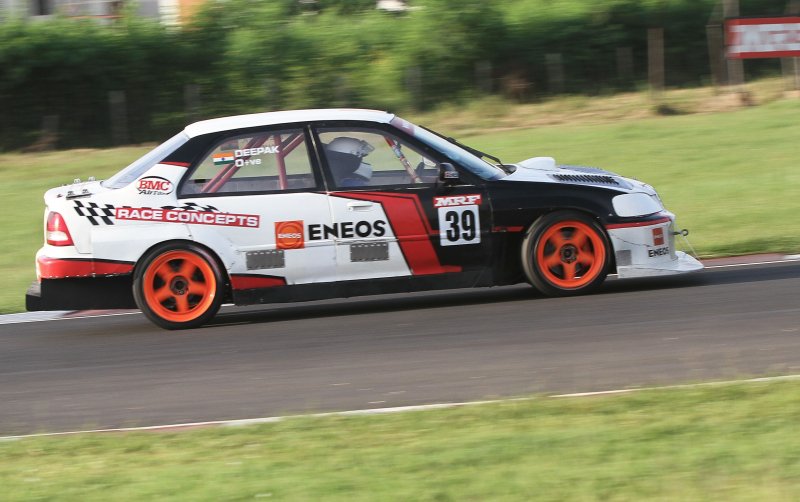 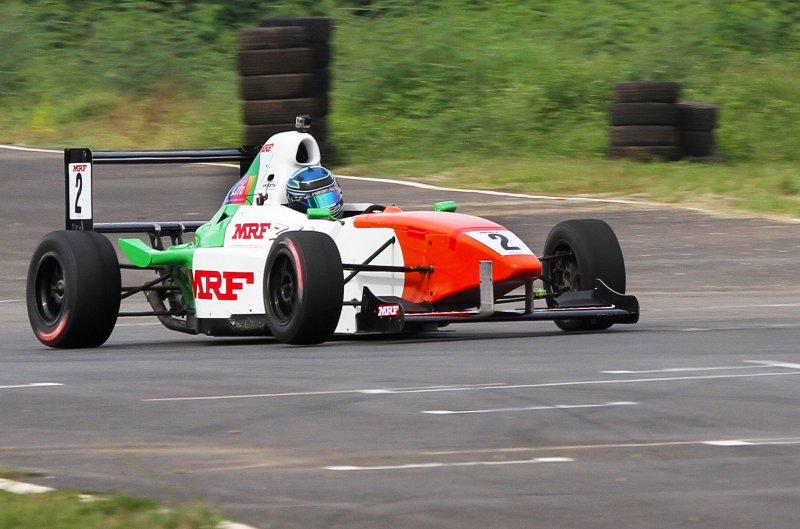 Chennai, Sept 16: On a day of twists and turns, Kolkata schoolboy Arya Singh (Formula LGB 1300) and Hyderabad’s Anindith Reddy (MRF F1600) emerged champions even as the battles for titles intensified in the other classes in the fifth and concluding round of the MRF MMSC fmsci Indian National Racing Championship at the MMRT track here on Saturday.

In the MRF F1600, championship leader Anindith Reddy from Hyderabad sealed the title which will earn him ticket to the Mazda Road to Indy shootout in the United States later this year. Despite a non-finish following a collision that took the rear wing of his car, Anindith was well placed with a lead of 32 points over today’s winner Sandeep Kumar (Chennai) with two more races to be run on Sunday and a maximum of 25 points at stake.

For Arya Singh, it was a great weekend as he clinched both the National and Rookie crowns in the Formula LGB 1300 class. “I am extremely happy to win both National and Rookie titles. Today, I didn’t have the pace to win the races outright, but otherwise, it has been a great weekend for me,” said an elated Arya Singh who today won one race and was second in the other.

The biggest shocker of the day came in the premier Indian Touring Cars class where defending champion Arjun Narendran (Red Rooster Performance) from Coimbatore won the race after running third for the major part of the eight-lapper.

Narendran’s team-mate Ashish Ramaswamy, also from Bengaluru, who had taken over the lead, made a mistake in the last lap. It allowed Narendran to pass him to win the race.

“I had handling issues with my car and there was no way I could have caught Deepak. But after he spun twice, I moved to second and then passed Ashish in the last lap. I am leading Deepak by 12 points with the last race to be run tomorrow. Fingers crossed!” said Narendran who moved to 169 points to Deepak Paul’s 157 following his fourth win of the season.

Having dominated the Free Practice sessions as well as Qualifying yesterday with the fastest lap times, Saurav Bandyopadhyay (Mumbai) scored his second win of the season in the Volkswagen Ameo Cup ahead of guest racer from China Anning Sun and Sandeep Kumar, but still trails championship leader Karminder Singh (Delhi) by 92 points. 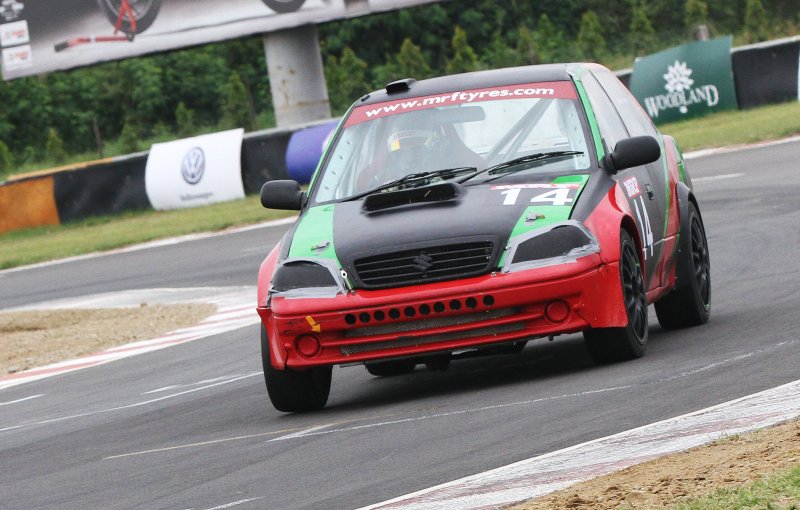 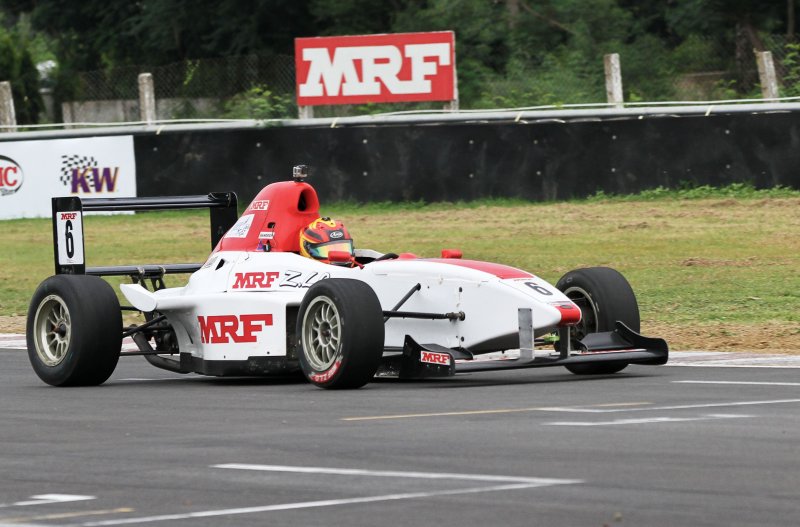 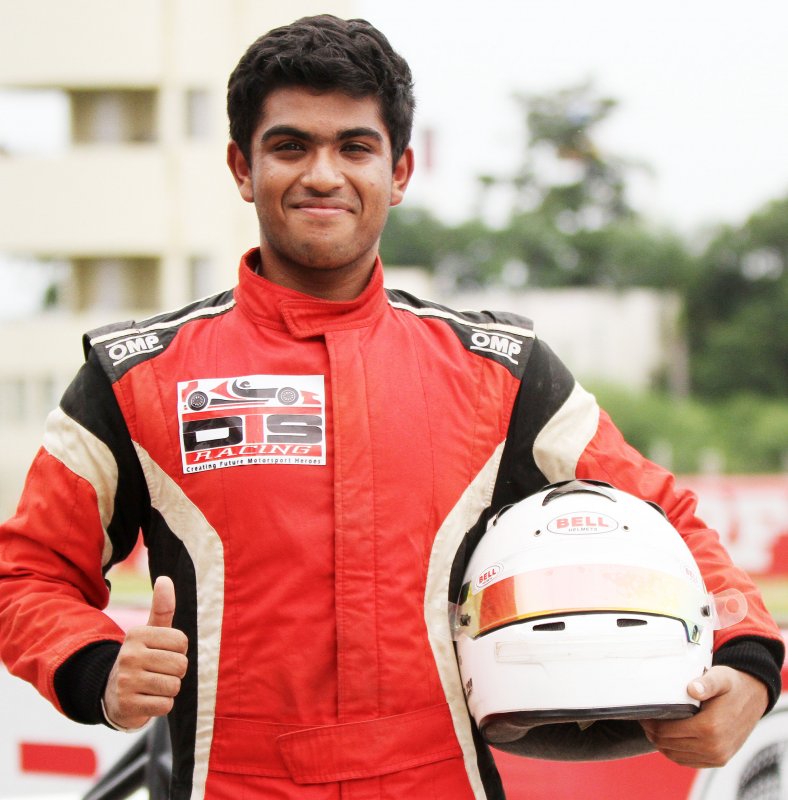