I am really REALLY happy that Rossi is struggling.

IMHO, he is overhyped.
A

The provisional calendar for the 2012 MotoGP has been announced by Dorna, the organizers of MotoGP.

April 29 – Spain, Jerez (as yet unconfirmed)

May 6 – Portugal Estoril (as yet unconfirmed)

July 8 – Germany, Sachsenring (as yet unconfirmed)

The 2010 World MotoGP Champion’s first visit to the country saw him interact with his fans at the Yamaha booth at the 2012 Auto Expo. He later on proceeded to the Buddh International Circuit to ride the Yamaha R15 Version 2.0 on the track. He also met the winners of the e-contest held by Yamaha. Lorenzo joined Yamaha Factory Racing Team in 2008 as a double 250cc World Champion.

Looks pure evil.But will it regain the lost glory of Ducati in MoTo GP is another question to be asked?And will the Docter perform up to the mark? Man THE X-OVER can not wait till April 15,too excited!!

Look who's serving as an official safety car in the Italian Moto GP. 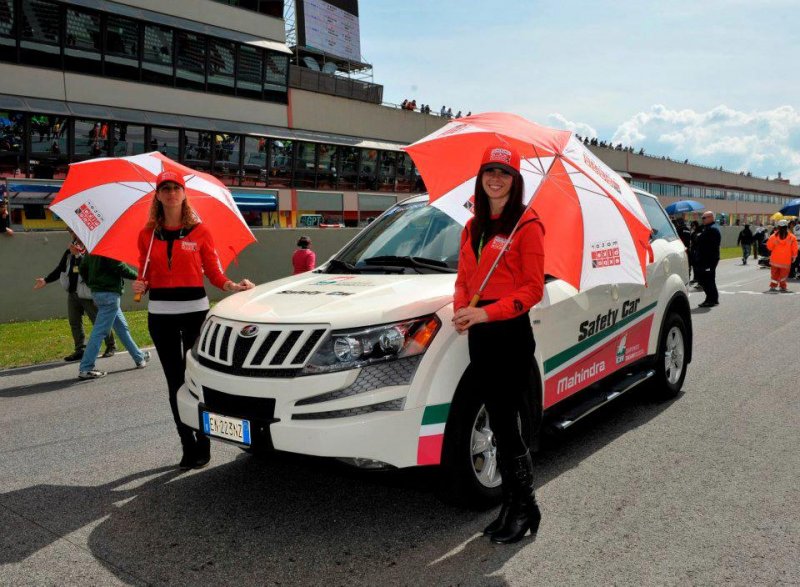 What do you think about the new season?
G

Dont you guys think that penalty to be BLALCK FLAGGED seems to be pretty harsh on Marq Marquez for not coming to pitlane within specified laps?
Pitstop is very rare for Motogp riders and disqualifying the rider for this seems hard