Month Long Ordeal: Mahindra Dealers Made Sure That I Lose

I happily booked Scorpio Z6 Diesel AT with introductory prices on 30/7/22. As Mahindra promised, I was waiting happily to get my car in March-April 2023.
But then they decided to remove the tracking information and sent messages to all owners that the deliveries would be delayed. My 2012 Fluidic Verna had a lot of major expenses and I wanted to sell it off ASAP so I stretched my budget by 6 lakhs to get the top-end Z8L D AT variant.
Since I decided to extend my budget I looked at XUV700 also. 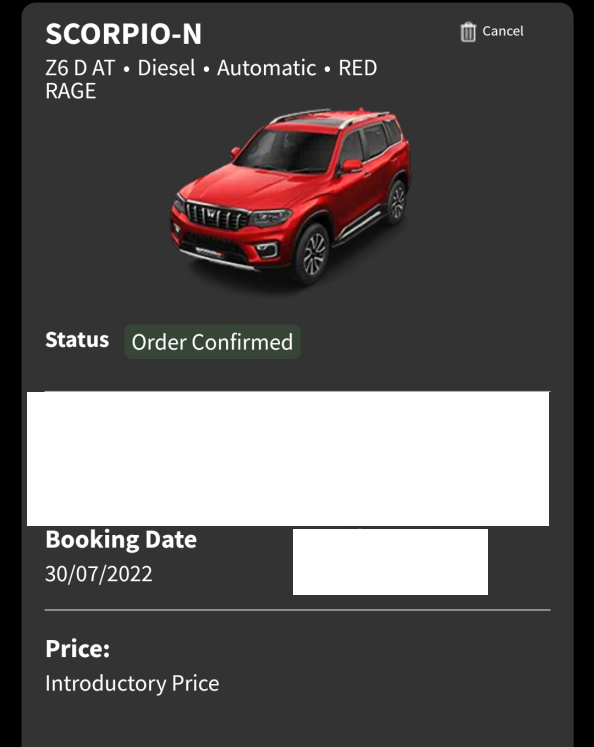 Dealer 1 was recommended by my close friend since he knew the owner. He assured me delivery within 10 days of booking.
I will keep the story short.
I initially booked AX5 5 seater but the advisor told me only 7 seater is available which was expensive and not required. I still agreed.
The advisor was very rude, he didn't care I was giving 25 lakhs to his business. He didn't let me take photos and videos during PDI, was asking for 35k as compulsory accessories plus warranty to get early delivery, and didn't match the insurance quote which he agreed to some days back. When I was sitting in the dealership I was not at all happy having all these terms and conditions falling on me. While his guy was arranging the loan papers i got up and told him to cancel the booking.
I drove 100 kms for PDI and in the end lost 2100 rupees as cancelation charges. Yesterday only I got the confirmation(after 20 days of cancellation) to collect the cheque and I have asked my friend to get it delivered to his home because I can't even talk to that guy on the phone. 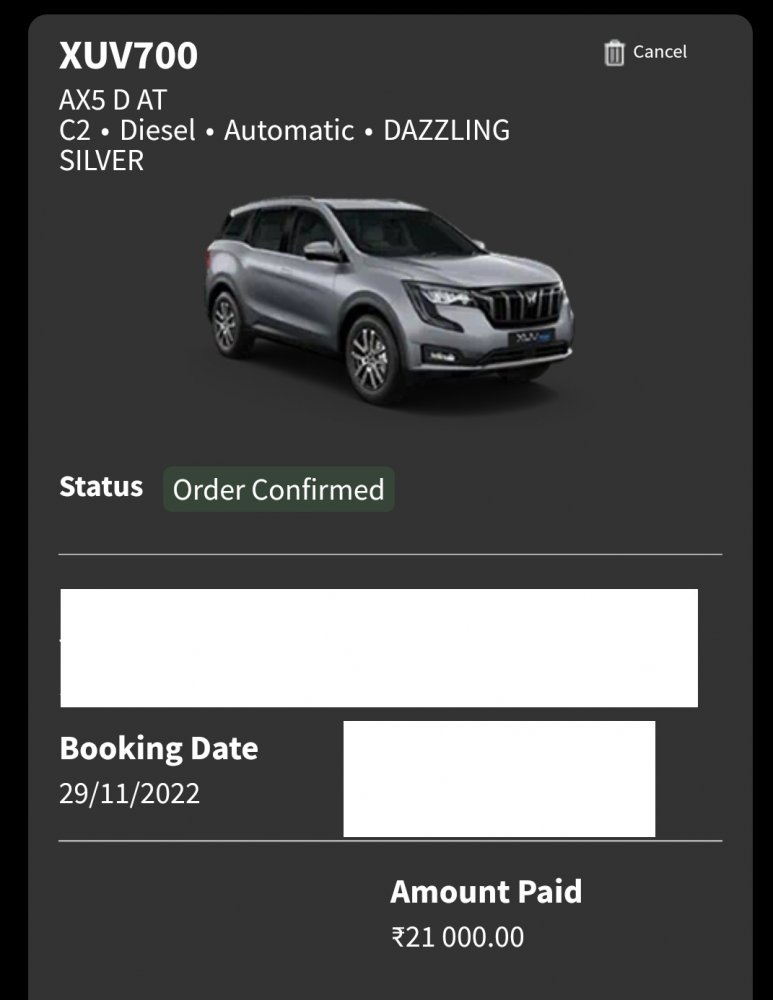 Dealer 2.
I had inquired about Scorpio through carwale and they connected to me a dealer in Delhi. I had talked to him before booking through Dealer 1. After cancelation, I called him to inquire about scorpio availability and he gave me a positive reply.
I called him the next day after he gave me a quote with the same compulsory accessories and warranty items. I told him that I canceled my booking with dealer 1 because of these items. He just said "sir, cancel this one also" and hung up. I called my dad and told him this and he said if everyone is saying the same then don't fuss about it.

I have a direct sales agent though which I buy my cars (Santro, i10, verna, Brezza) He seemed good but 3 years back got to know he was charging an exorbitant amount of insurance renewal charges. He quoted me 21k for my 7 year old verna and I got it done in 13k through some other agent. And I was getting 5 cars insured from him.
I contacted him once again and he replied positively. Booked the car on 16/12/22. The quotation that I got was 20k expensive so I told him to get it checked. This also had compulsory accessories and warranty items.
I was thinking Mahindra had increased the prices and I told him I will give the old price.
He arranged the car through an advisor and when I inquired about the car he told me it was in the stockyard which is far off. I didn't have any problem with my DSA since he had arranged 4 cars for me in the past. ( He delivered Brezza within 36 hours)
He told me to get the loan transferred to this dealership and I wrote an email and it was done. Got the papers and Bank kit ready and when I inquired about the extra 20k, the advisor said " yes sir, 6 seater is 20k expensive" I got confused and pissed at the same time. I told him when did I ever tell you that I will be buying a 6-seater car. He kept on persuading me to get the 6-seater but I declined.
The next day he told me that a 4*4 is available and I told him sarcastically to give me that variant for the same price as a 4*2. it was 3 lakhs expensive. I had already stretched my budget by 6 lakhs.
I am still waiting for my booking amount which the advisor told me will come on 10th January. 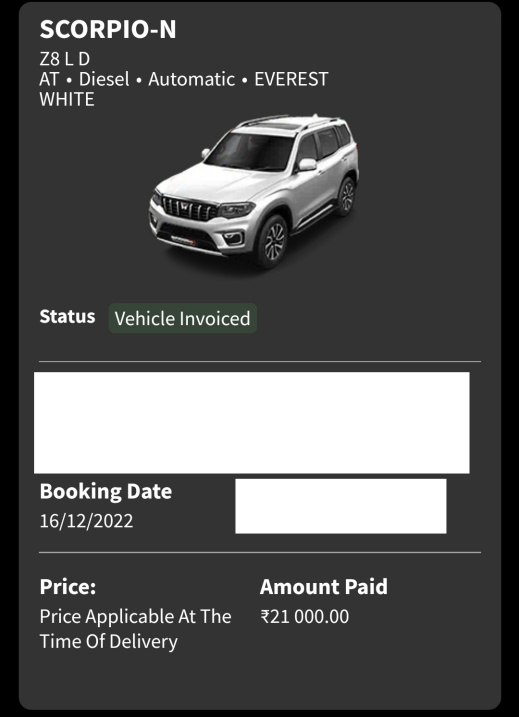 After this disappointment, I learned that DSA can only buy cars through the DSA quota and when my agent told me he can't arrange I called dealership 4 which replied positively.
I reached the showroom and told him to show me the car before, and then only I will talk ahead. The advisor was calm and good to talk to. He let me check the car for 10-15 minutes which was enough for me.
After coming to the showroom he told me warranty and accessories are optional. I and my friend were holding our smiles back thinking we had hit a jackpot. After talking for a while he left and came back only to tell us that you have to buy 60k worth of accessories and warranty. After negotiation, I brought it to 25k plus a 10% discount, warranty, and that he will match the insurance that I get from outside.
Add to this he told me to get the loan transferred to this dealership. I told him my loan is ready and you will get the money when you encash my downpayment cheque( 7 lakh rupees) and that I will get my car asap. He declined and said we can't do that and I heard is manager saying to him " At no cost, I will be giving him the car without getting the finance done from here"
This should have been a wake-up call for me but I got agitated and told the advisor who the hell is that guy to say such things.
I had to agree and told my DSA to transfer the files here. I waited for 2-3 days and the advisor told me the loan was rejected. I got furious and asked my DSA and to this day I don't know why my loan was rejected. He's saying since the loan file was transferred three times it got rejected.
I gave the advisor a mouthful since I will not be getting my car before the new year. He started the loan process and he could sense my irritation while he was getting the signatures on another bank kit. He called me to say the loan is approved and in process and I will get the delivery by 2nd January 2023. I told him ok.
The next day he called and said sir there's a problem with your file. Since your loan was rejected, this company is asking for a reason or whatever (i can't remember)
I again got furious because now I will not be getting my car on 2nd January.
In the meantime, there was no help from the dealer and at home, everyone told me to postpone the plan and that the time is not right. I agreed and canceled my booking with this dealership three days back.
Advisor had already encashed my cheque and for 3 days he was not giving me any timeline that when he will give my money back. 7 lakhs is not a small amount and when I visited the dealership and after meeting 5-6 different persons and spending 2 hours they canceled my booking. These guys also charged me 2100 rupees as cancelation because car was already billed in December. I spent 1 hour arguing and told myself that there is no point in arguing now and just ending this Mahindra Nightmare. They will be returning my money hopefully this week. 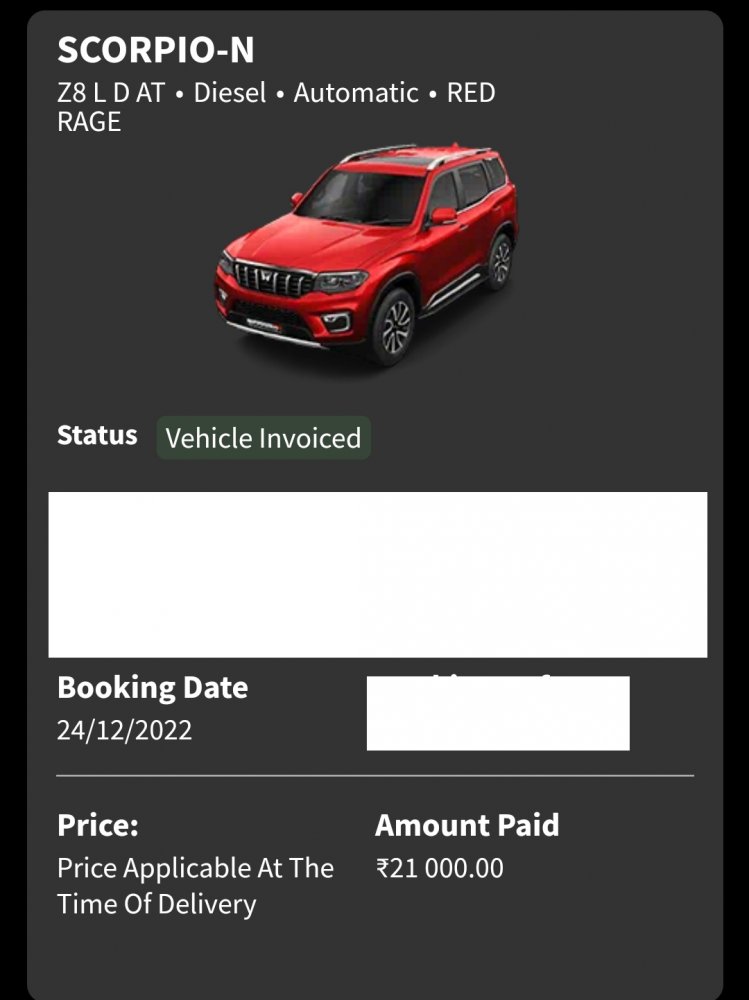 Sad to learn of your ordeal. You have lost 4.2k, Lots of time & patience and most importantly the joy of buying a new car.
Sometimes the tasks we take on seem to be laced with bad luck and things keep failing despite trying desperately & repeatedly.

Sorry for your bad experience. Look for some other car which gives joy to your heart and put this messy experience behind.
You must log in or register to reply here.