Mercedes-Benz India today launched two new models in the E-class category: the E 250 V6 and the E 250 CDI (BE). Both variants have been introduced in the popular “Elegance” styling line.

Introducing the two new engines, Dr. Wilfried Aulbur, managing director and CEO of Mercedes-Benz India said, “We have continued the aggressive price position of the new E-Class with the debutante models: the E 250 V6 - priced at Rs 41.13 lakhs while the E 250CDI (BE) is priced at Rs 39.87 lakhs (ex-showroom Mumbai).”

Merc is getting aggressive after BMW is giving sleepless night to it.

The new E series is an exception from Benz!

It really looks striking & aggressive & has a great road presence unlike other models.

Those 17 inch wheels look awesome, as does the rest of the car!!

A good move by Merc. E class is one of the best sellers of the Merc and with these features on list Eclass becomes more desirable.

The surveys show Mercedes Benz E-Class to be one of the most preferred car by company CEOs for which status symbol matters. As the competition in every segment is increasing with rapidly, This luxury class segment to which E-Class belongs is a no exception.

Hence, It makes necessary for car makers especially Mercedes to offer updates to their line-up. Both the models have been priced really competitively.


Below are the Launch pictures by IAB: 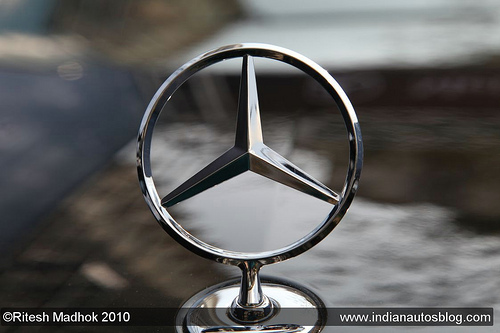 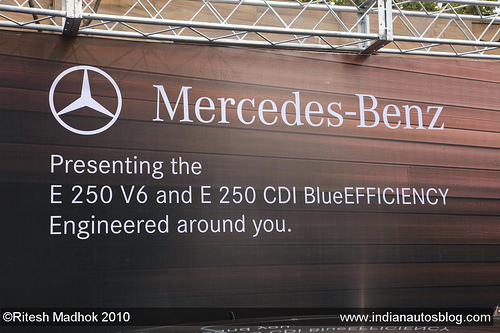 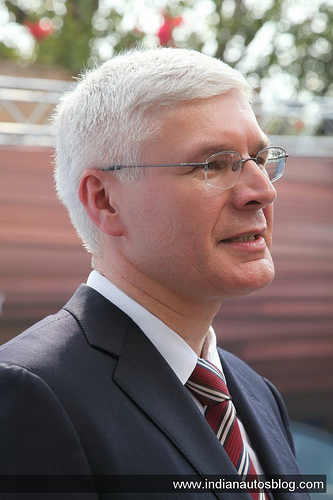 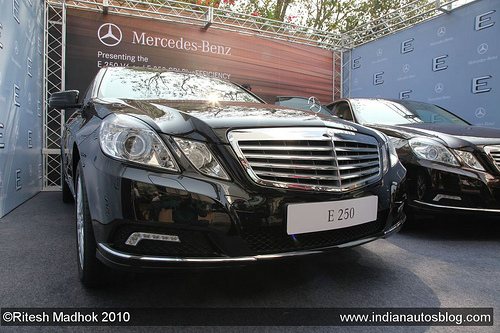 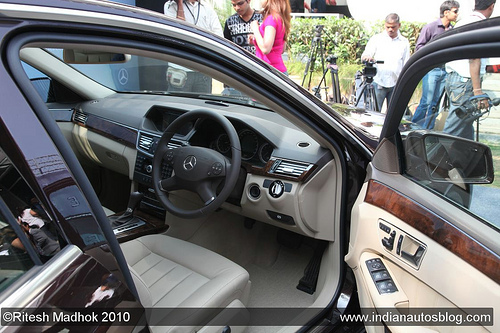 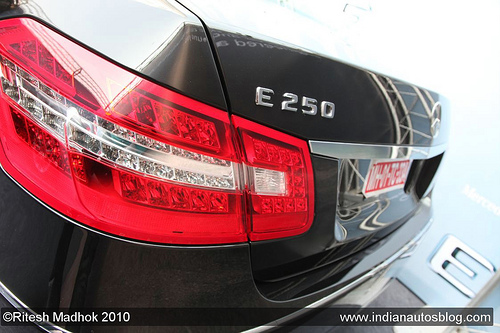 Both the black beauties look gorgeous! Benz had to do something as it was losing the battle to BMW in India! The pricing also seems competitive!

Merc is no doubt one of the most desired brand. And Eclass is no differwent being one of the oldest variants.

After losing it to Bavarian & Co, Benz is targeting more on the buyers.

Hope they come back with a bang again.

Mercedes is on a full throttle and it shows! They have recently released the revamped models of S-Class Line-Up as well. An article from Autocar India.

Mercedes-Benz India, after launching the S500L early this month, has launched two new variants of its flagship S-class, the S 350L and S 350 CDI BlueEFFICIENCY. The two variants along with its big brother S500L complete the new 2010 S-class’ Indian line-up.
The S 350L sports a V6 3.5-litre petrol engine that produces around 272bhp, while churning out 35.20kgm of max torque at 4500rpm. Equipped with Merc’s 7G-TRONIC (7 Speed Automatic Transmission) box, the car can attain a limited top speed of 250kph.
The S 350 CDI BlueEFFICIENCY comes with a 3-litre V6 diesel engine with a power output of 210bhp, while producing 50kgm of max torque between 1600-1800rpm. The diesel variant too sports the same 7G-TRONIC gearbox and reaches a top speed of 250kph.

The new S-Class offers features like Advance Parking Guidance with ultrasonic sensors, Multicolour Ambient Lighting, LED Light Package, Climatised seats, Massage function for rear seats, ATTENTION ASSIST along with the exclusive SPLITVIEW technology.
"Globally the S-class is an overwhelming market leader in its segment as well as in India, and the new S-Class will carry forward the leadership in the segment," said Wilfried Aulbur, Mercedes India Managing Director and CEO, who was present at the launch.
The new S-class petrol is priced at Rs 95.62lakh, dearer by Rs 2lakh over the old model, while the S-class diesel now retails at Rs 93.30 lakh, which is up by Rs 5.57lakh (prices on-road, Mumbai)
Click to expand...
Drive Safe,
350Z

Why such a whopping price increase on the diesel model alone??

The car comes with special protective features to withstand ballistic and firearms attack and is fitted with a 12 cylinder 5.5 cc petrol engine.

“This car is basically targeted at corporate and industry leaders, government officials and celebrities. We want to tap the growing market for armoured and protective vehicles in India,” Mercedes-Benz India member of the board of management Suhas Kadlaskar told reporters.

He said the company has already received enquiries about the new car from prospective customers but refused to give details.

The S-Guard will come as a completely built unit (CBU) from the company’s plant in Germany. Kadlaskar said the exact price of the car will be decided once the first order comes and will depend on import duties and other specifications.

Great one but its costly at the extreme. The segment where it is pitched in has now quite a few variety available other than the Mercedes such as the Legendeary Rolls Royce, Bentley etc. Also, The Merc name has become too common among Indian Industrialists/Entrepreneurs, so who won't prefer the exclusivity?

OMG a whopping 6 crores!! And people have even asked details about the car! India is surely marching ahead!!

This is really nice move.

I was expecting this news very long back from BMW & Merc.

Atleast happy now. RR & Bentley's have to rethink now.
You must log in or register to reply here.