So yeah , I bought a MS vehicle after all. 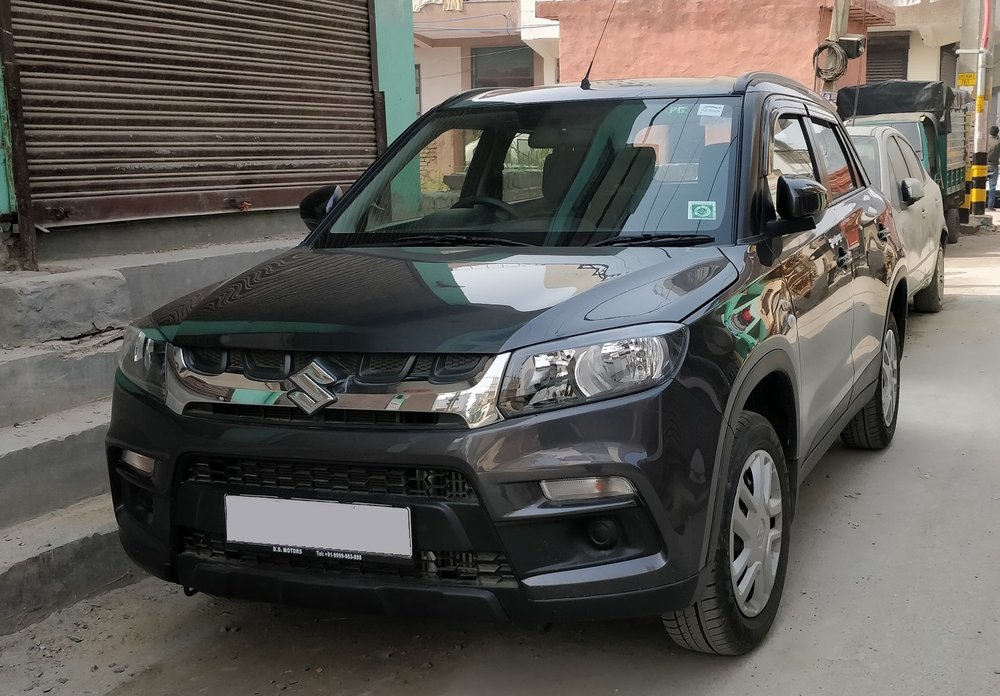 This time it was not upto me since options were very limited and dad really wanted a compact suv ( no hatchback , no sedans) and the only reason i liked the brezza was because of the AMT + Diesel Combo. If this was not true 4 star crash rating , 100% it would not have been in the garage.

we sold our beloved santro which we had for over 9 years driven for 170k+ kms for 80000 rupees. I bought the car on 30th november, no discounts were offered.

No other car was considered.

Test Drive Experience
I went to my nearest MS dealer for a TD for the manual variant. i heard that amt are really jerky and not at all recommended so when the SA offered me a test drive of the AMT variant i politely declined. after this i had to visit the ford dealership to take a TD of the ecosport diesel ( have extensively drove my friend's but still went ahead for the TD) Ford SA from whom i bought the figo was out for a Home test drive so i had some time to kill. Told my SA i will take the TD after all and boy i was in for a surprise

i loved the car shifts. it was far from jerky and driving in the traffic was a delight. came back home and i checked the reviews online and every reviewer said that the tuning in the brezza is much better compared to celario and the rest of the cars with AMT. truth be told i didn't think i was driving a AMT equipped vehicle.

Dealership Experience
NA. Didn't visit the dealership. My uncle does all the formalities.

Coming to the car. Front and Rear Looks good. although i don't like the square-ish wheel arches. 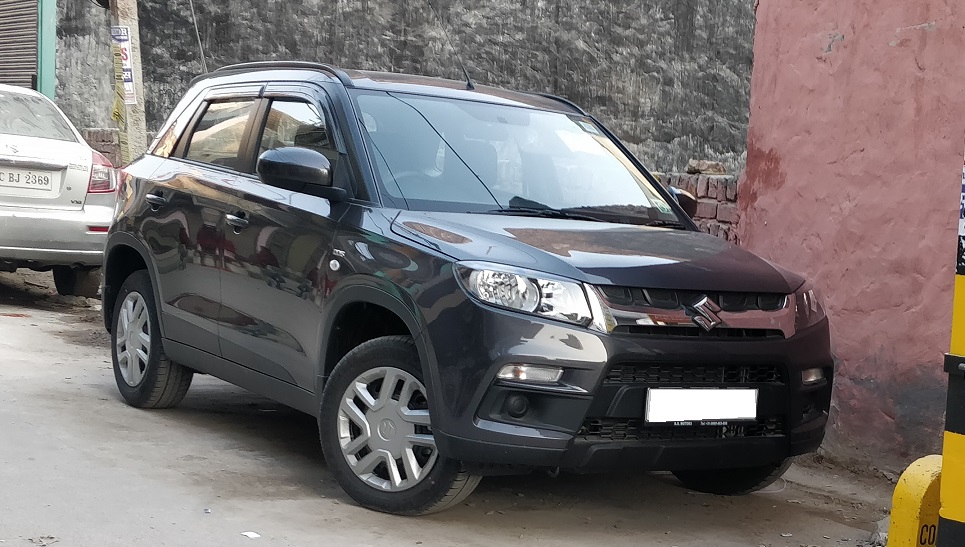 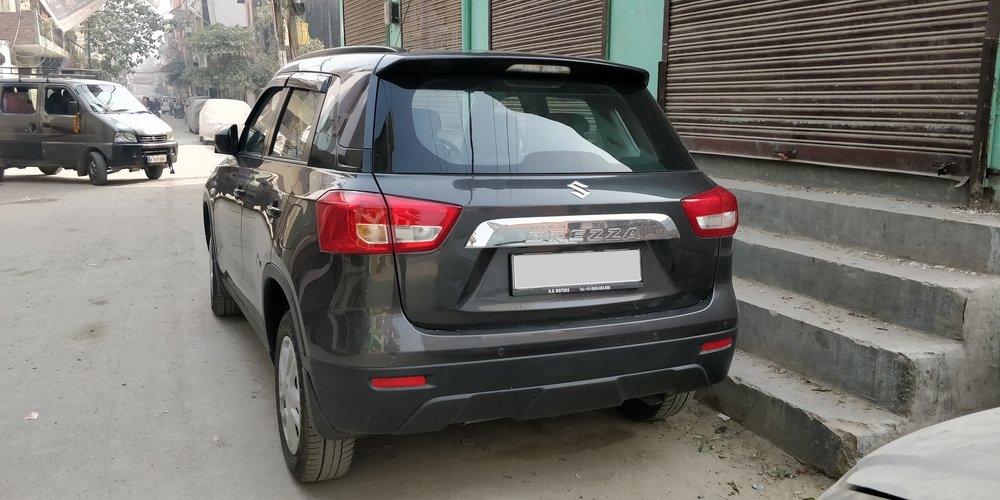 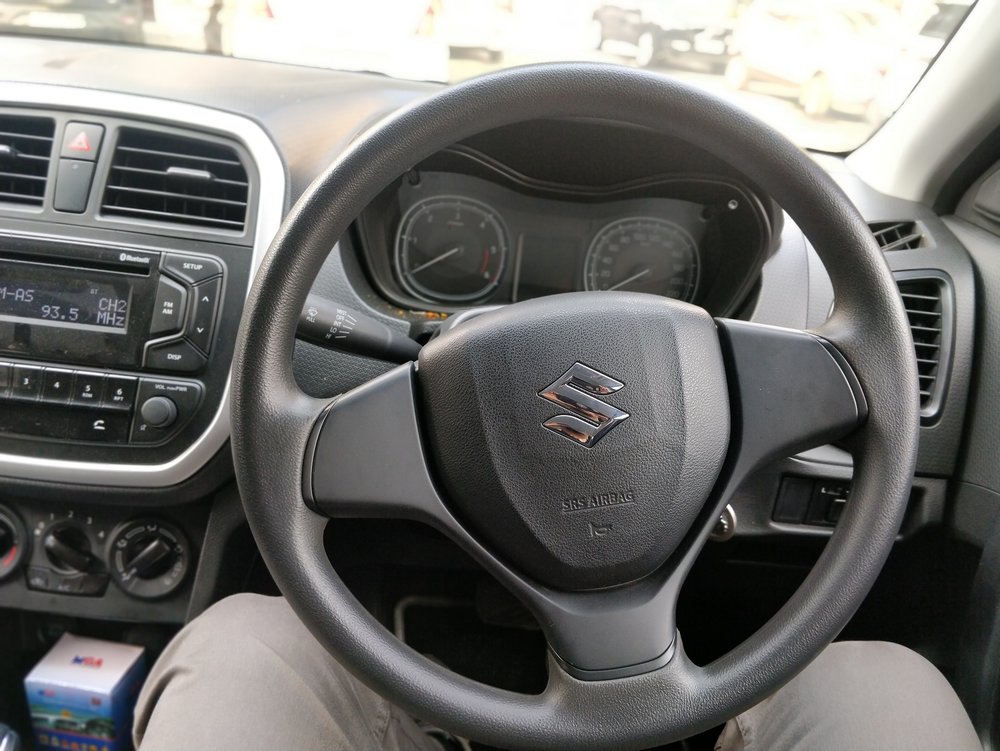 A look at the dashboard. Hard plastics everywhere plus all black theme that i really don't like. will get the interiors revamped like the elantra's. Audio System too is average. Although design looks sober. 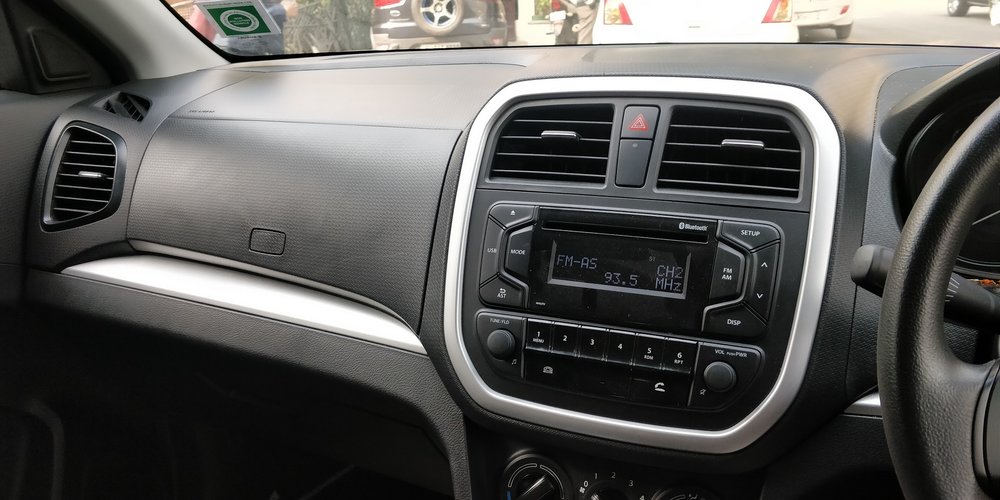 2 Stoarge options on the dashboard. 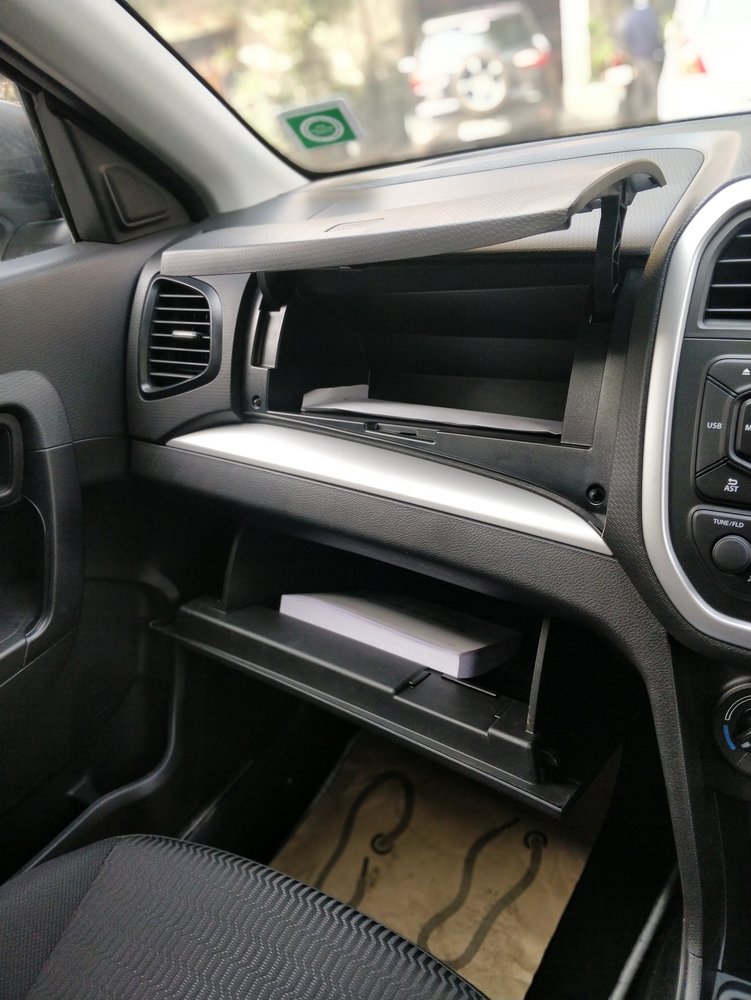 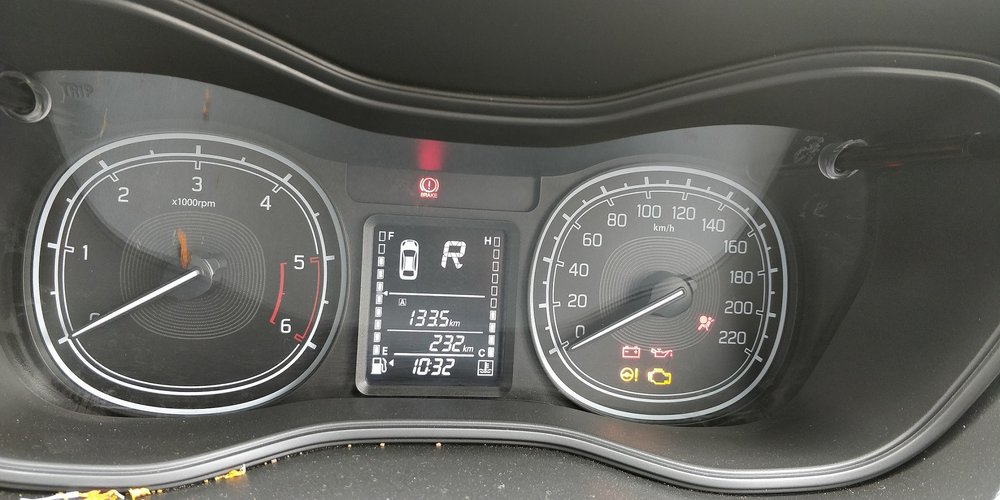 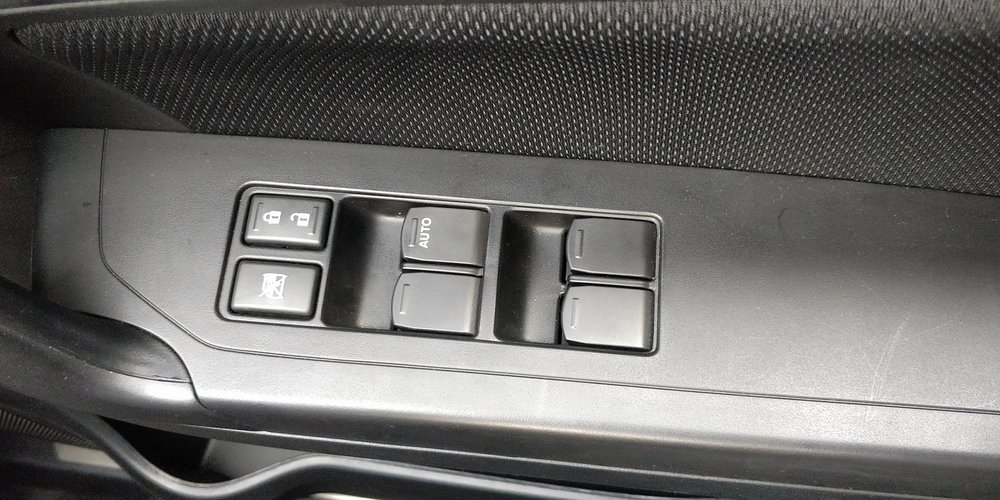 A look at the Gear Lever , a simple touch changes the gears instantly. would have preferred different round knobs for the AC. 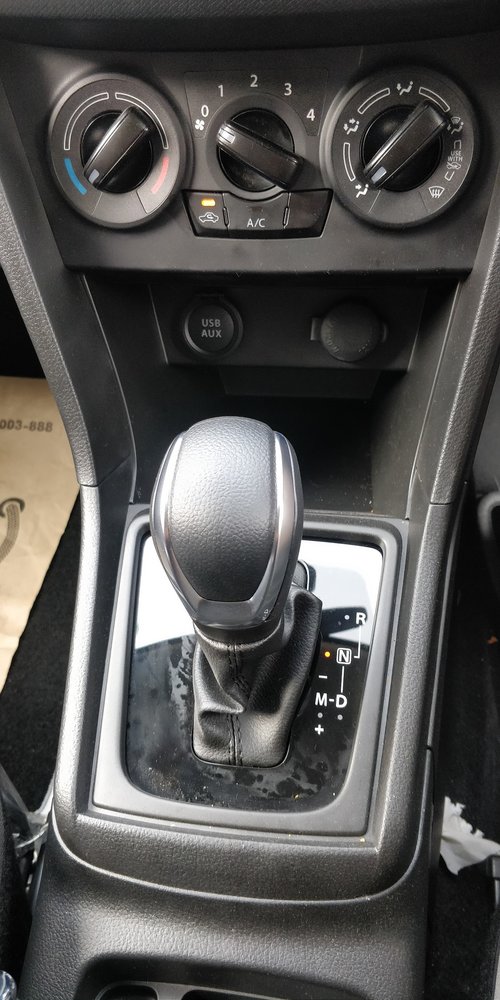 Headlight leveler plus the ORVM settings. 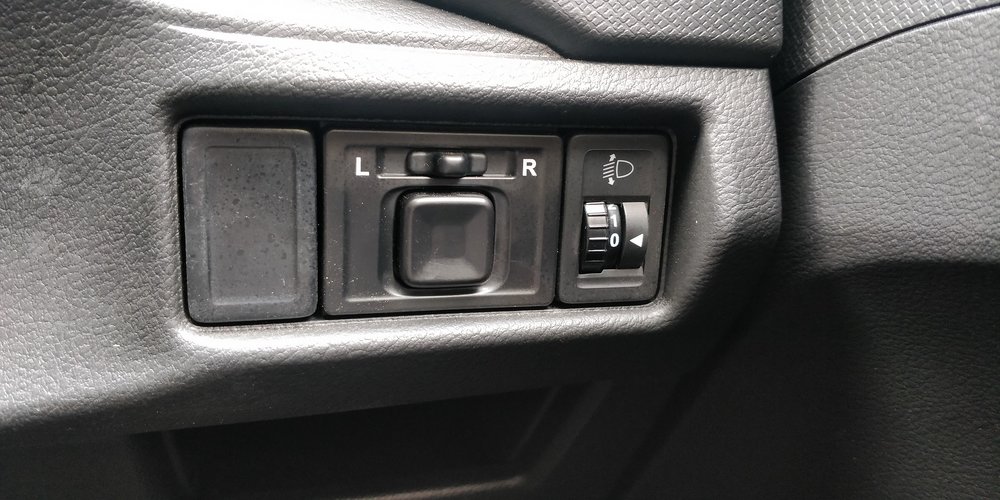 Armrest that i got as an accessory. they change the whole panel which has the armrest buillt-in. 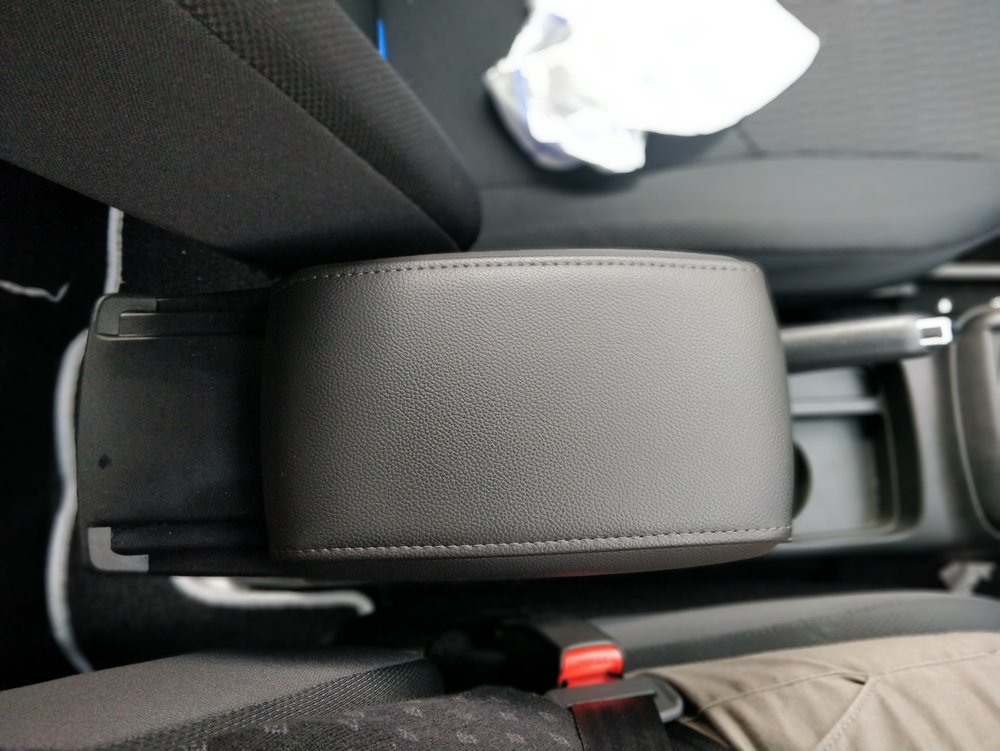 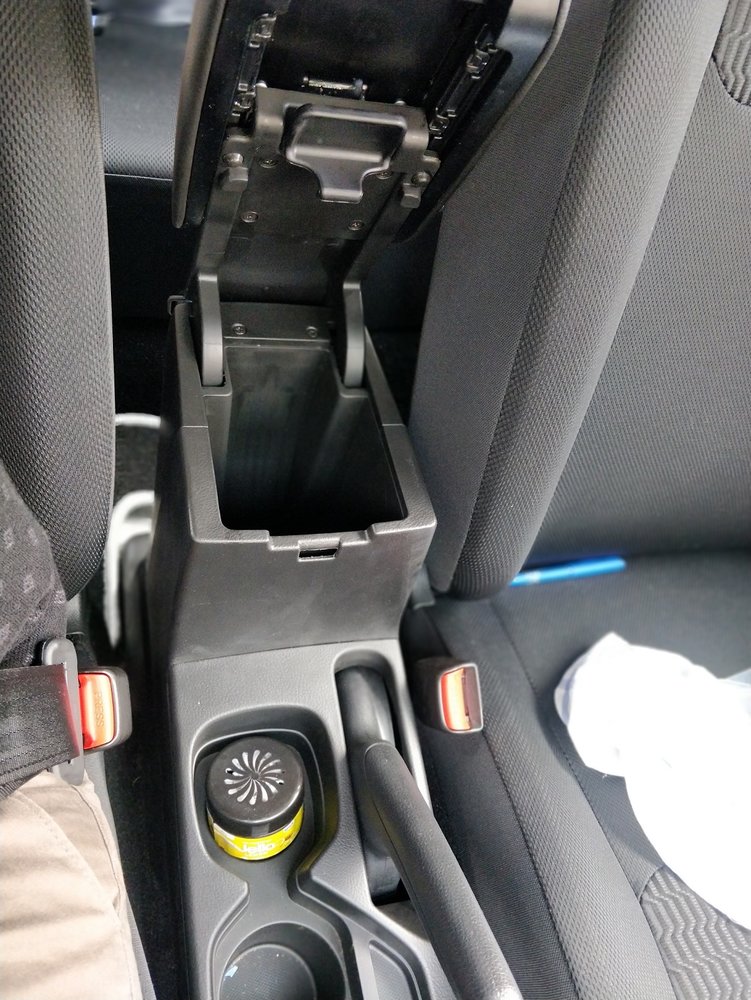 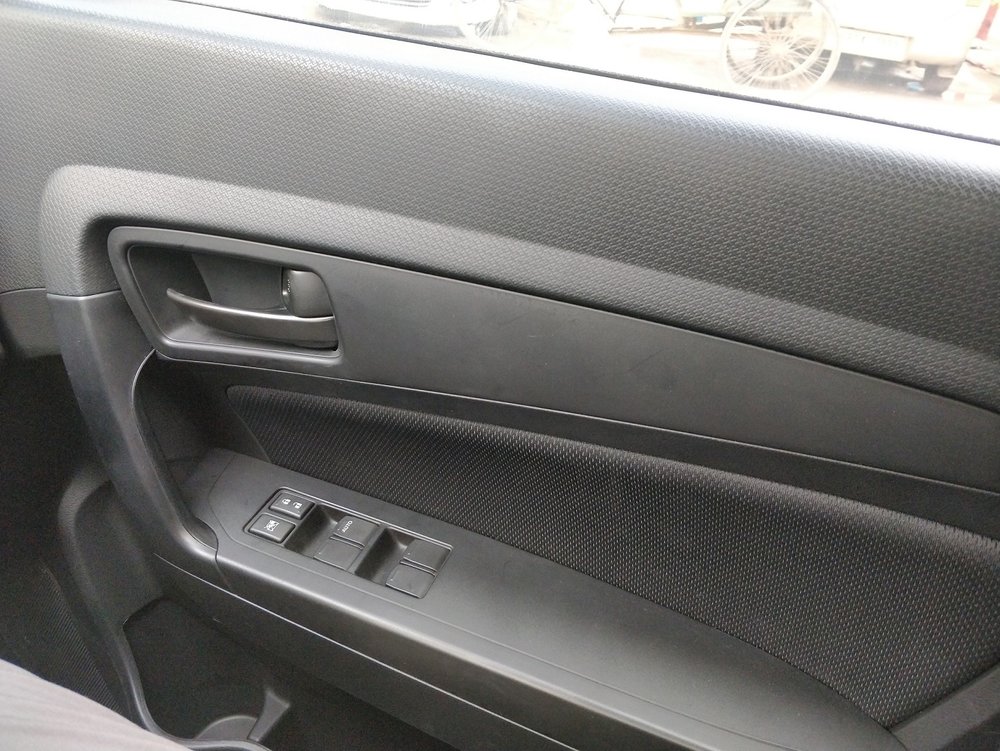 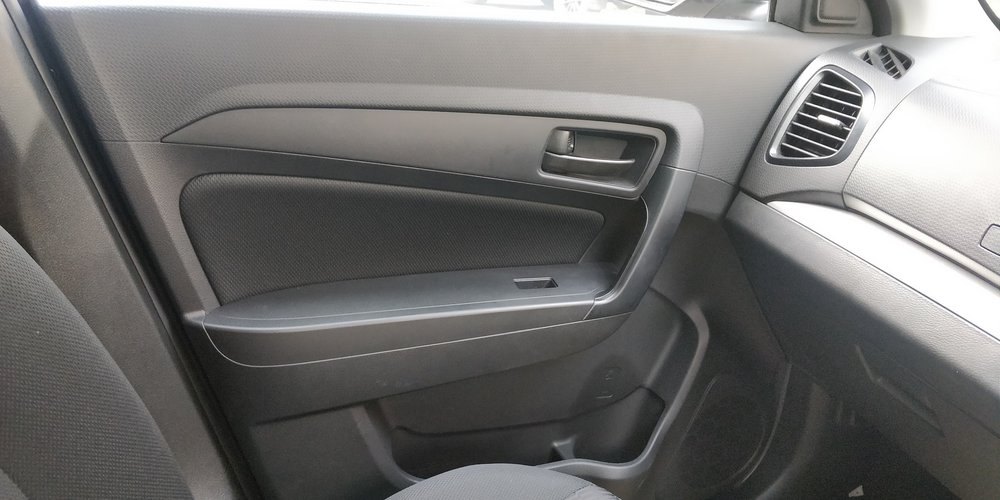 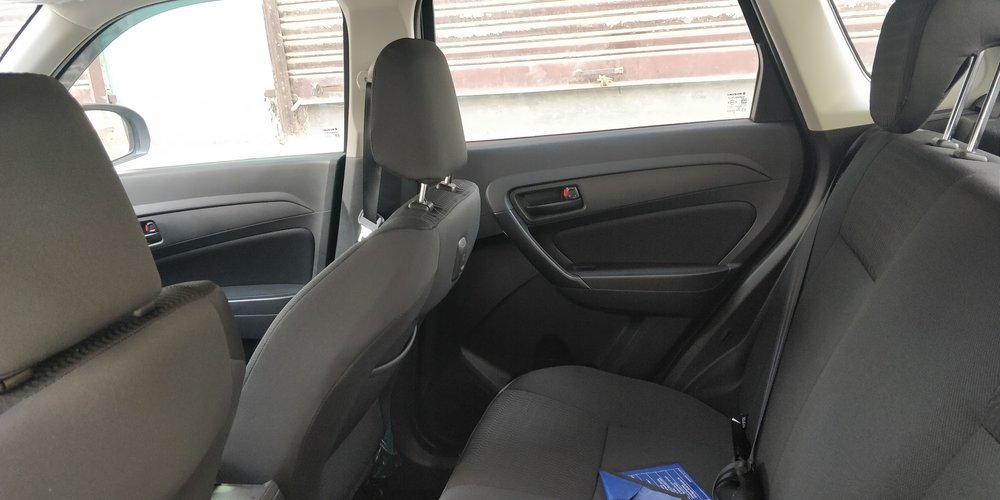 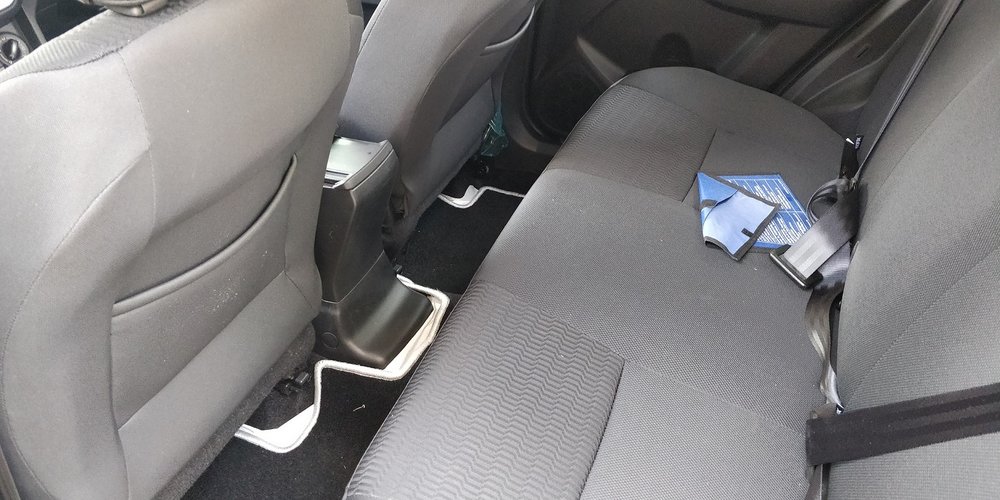 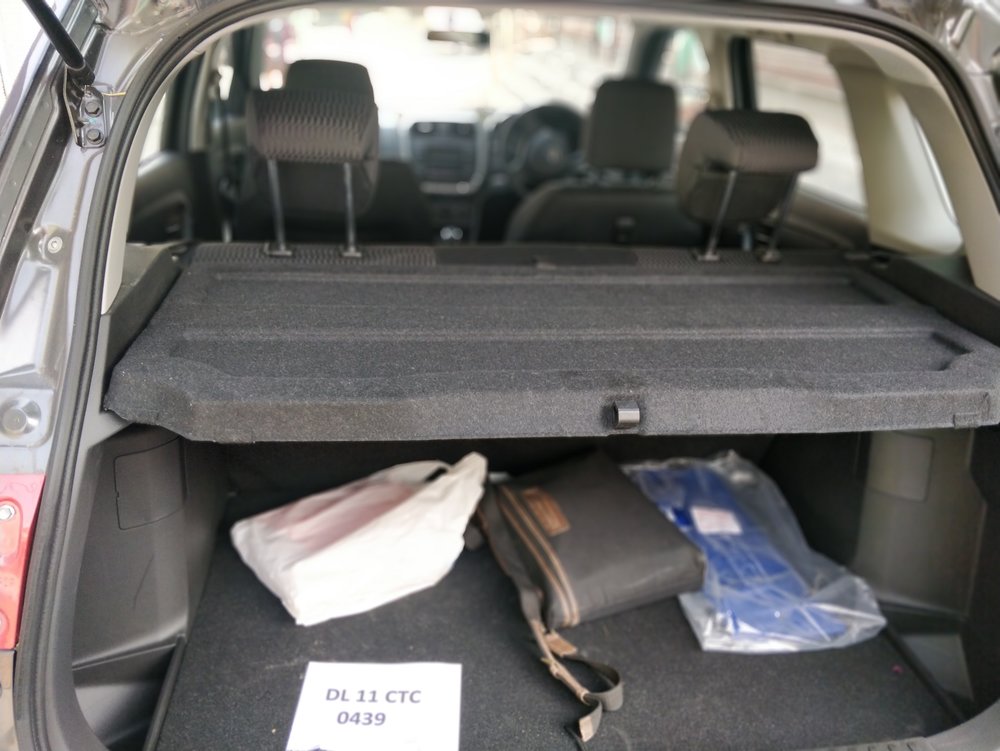 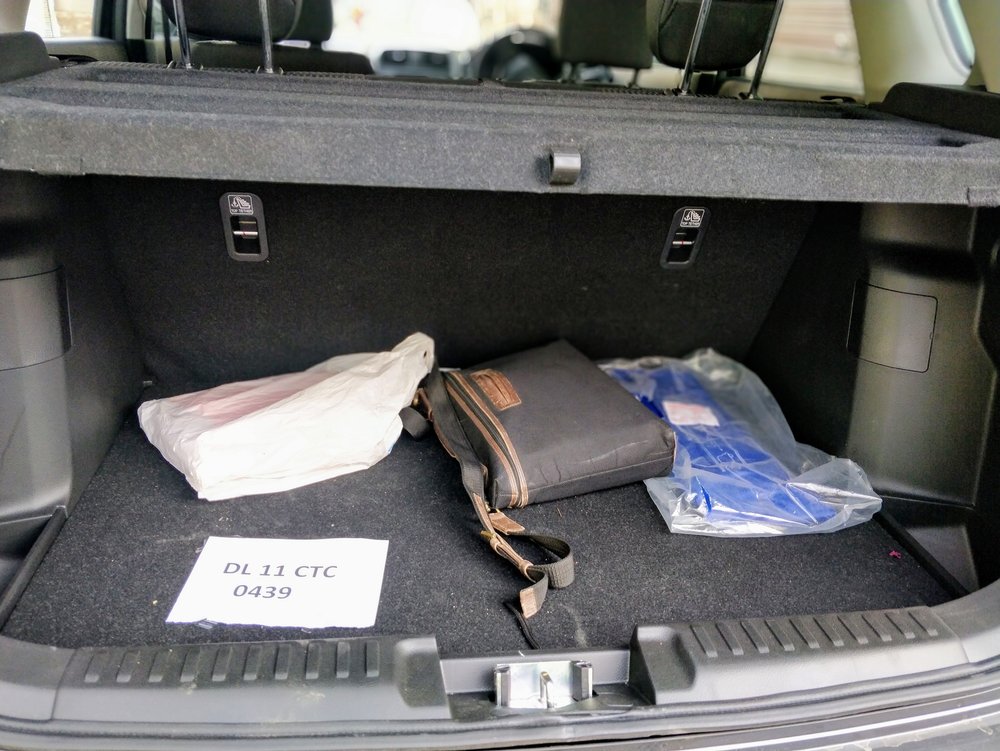 Spare Tyre. Noticed that the Tow Hook is missing. 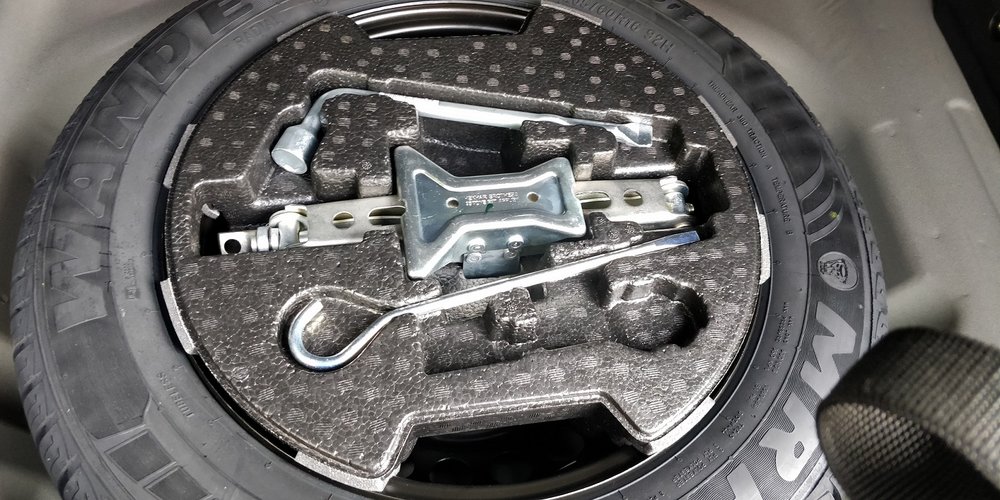 Congratulations on getting the Vitara Brezza VDI AMT

I never thought Mr.Allhyundaicars sir will buy a Maruti Suzuki...I think maybe budget constraints had limited you to Brezza else definitely Creta I bet .
Wishing happy miles with your new ride sir.

Thanks 350z ticken and Vishnu.

@ Vishnu - like I said this time it was not up to me and I won't be driving the car either. It's primarily for my dad. AGS sure will help make the drive less tiring for him.
I am making another thread and then you will get to know where the rest of the budget went

Finally Korean parking lot gets Indo-Jap to company them.Many congratulations on your brezza AHC.Maruti has worked brilliantly for mating this AMT rightly with diesel engine.From their boring auto box this one surely is fun to drive out of the lot.Any reason not going for Zdi variant? What was the final road price do share and wishing you dad happy miles with this car.

Thanks Vijay.
Maruti sure did a good job with the AGS that's for sure. Initial budget was 8 lakhs and I was considering the freestyle , then dad wanted a compact SUV so brezza came to his mind . the zdi variant which costed 10,40,000 rupees. Vdi Amt costed 10,10,000 near my budget. Plus the zdi ags was costing above 11 lakhs I think , so didn't want to spend that much.
K

Congratulations Hyundai Man and wish you millions of happy and safe miles.

got 15.5 kmpl for the first tankful. i am already hating maruti. they skipped front dome lights and gave pathetic center dome lights. Should have bought the Zdi variant.

allhyundaicars said:
got 15.5 kmpl for the first tankful. i am already hating maruti. they skipped front dome lights and gave pathetic center dome lights. Should have bought the Zdi variant.
Click to expand...
Was going to say this to you for a mere diffrerence of 30K it surely would have been a wise decision for going for Zdi variant atleast.I know you had stretched your budget but the difference between V and Z variant is not much to opt for Zdi.

Brezza is a highly customisable car, you will get a lot of accesories in the aftermarket for Brezza which can add glam to your Interiors.

Congratulations on your Brezza. Its the highest selling Compact SUV after all.
K

Hello Sir @allhyundaicars , i'm late but congratulations on your new car.
Like Sir @SilverEyez said, you should change your name to @AllHyundaicarswith1MarutiCar!!!!!!
Regarding the dome lights and center lights, you could upgrade them to LED's, ask @bhvm Sir, as he is an expert in these kinda' things.
Have lakhs of happy miles with it.

Brezza looks decent with square and boxy looks. Pick up is also decent as I have driven only manual I can say this.
You must log in or register to reply here.