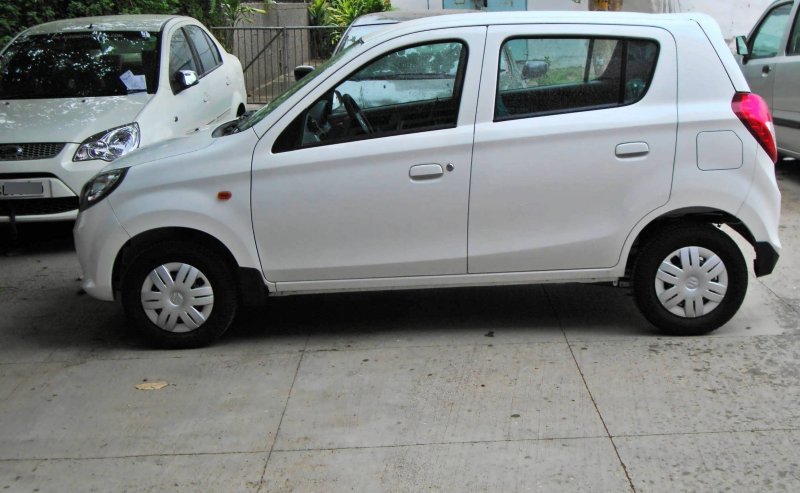 ​
It was January 2012 when the beautiful Ford Fiesta 1.6 SXi arrived home (http://www.theautomotiveindia.com/f...-fiesta-classic-1-6-sxi-ownership-review.html). Buying a third car was never considered anytime soon because our first car, a Maruti 800, was serving immaculately from past 10 years for regular commute. It was used, abused and still going strong. But I wish I knew that the reverse count to bid her adieu had already begun. I remember seeing her for the last time on the morning of November 26th 2012, which seemed like just another day, but alas. She never returned. Good ol' 800 had run its course of our companionship. It was stolen by the time it was dusk (http://www.theautomotiveindia.com/f...my-maruti-800-stolen-new-delhi-need-help.html). Hopes of getting her back were high until next few months but perhaps, now it was time to move on.

I decided to search in the second-hand market within budget of Rs.2 Lakh for a decent, less-run hatchback which must be wallet-friendly to maintain and also serve as a beater car for the Fiesta. Soon I did stumble upon a few. Call it luck or whatever, whichever car I shortlisted in used car classifieds was either sold off by margin of a few seconds or the owner had decided to change his mind at last moment. I recall two incidents in particular for which I did effort hard. First was a well-maintained, lady driven Maruti Suzuki A-Star that I found while browsing online classifieds late night (By that time it had already become a habit of mine to shuffle car classifieds every night). Asking price was quite reasonable for a 2009 model and the car had clocked ~30,000 Kms which matched with my definition of 'less-run'.

Next day early morning, first thing I did was to call up the owner and I rushed immediately with a cheque since their residence was nearby. I was shocked to find that the car had been already sold to someone lucky who came just a few minutes before me, all this when I was the first person to call the owner and willing to buy the car for asking price. Eh? Nevertheless, car in question in the second incident was a neat Skoda Fabia owned by a corporate executive staying in Noida who was selling because of getting transferred back to his hometown. It was a 2010 model and truly a virgin with not even 10,000 Kms on odo. Of course, Fabia didn't exactly match the criteria. Certainly not the "wallet-friendly" part at all. But looking at the showroom like condition and a very genuine seller, the enthusiast in me couldn't resist.

Since price was almost over a lakh of the initially set budget, I brought it down to a few thousand bucks after negotiation and finalized then and there. That night I was already dreaming about driving around in a tastefully customized Fabia. But oh, wait. The seller called next morning to burst my bubble of dreams. He had changed his mind and now was unwilling to part away with his car. He, instead, decided to take it back with him to Maharashtra. Upset with such repeated incidents, I was done with the used car search. Now that the budget was hovering nearly at 3 lakh. That's when the idea of buying a new car altogether struck me. The requirements were more or less still the same as in the beginning but I wanted to keep the (stretched) budget as low as possible.

It's difficult to find a driver-oriented hatchback in the budget as little as three lakh rupee. Maruti Suzuki Alto K10 was available at somewhere around Rs.3.5 Lakh, on-road. If at all I had to shell out that much, I'd have anytime preferred to opt for a Datsun Go. Therefore, Maruti Alto800 and Hyundai Eon were the only choices left. I like the fresh looks and far better quality standards of Eon but the lazy 800CC motor mated to a notchy gearshift didn't particularly excite me. On another note, Eon D-Lite+ lacks some basic convenience features such as internally adjustable ORVMs etc which is where Alto received brownie points. However, Alto800 looks hideous and I suspect if the folks sitting at Suzuki's concept and production design teams have a cold war considering what's actually shown and what ultimately turns out.

Decision to buy an Alto800 was almost clear. But make no mistake because that anyway doesn't make it a truly 'driver-oriented' hatchback. To be blunt, far from one. Especially, after getting addicted to Ford’s brilliant 1.6L engine and dynamics, I experienced an odd time driving the 800cc motor once again. However, it definitely is more refined than Eon. This car has a respectable 0 – 100 Kmph figure of 16.92 seconds but feels sluggish than former 800. Once it gains momentum, though, Alto800 clearly exudes the advancements done by engineers. Mid-range is very impressive which makes this car fairly peppier to drive as long as one can tolerate excessive NVH levels that are only bound to increase with speed. Best part about owning a car such as this is convenience of driving through traffic and parking it virtually anywhere. 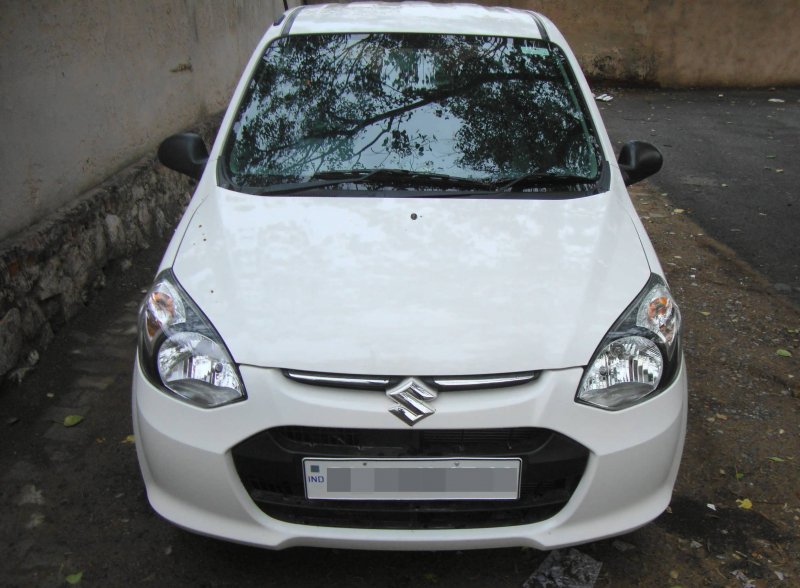 Finding the right deal was next big challenge. Any feature more than air-conditioner and power steering was a bonus. So only variants in question were Eon D-Lite+ and Alto 800 LXi. The best deal I could obtain after inquiring with Hyundai dealerships, who were usually reluctant to offer any discounts, was Rs.3,20,000. Maruti Suzuki Alto, on the other hand, retailed for Rs.3,30,000 alone without discounts. I aimed to buy the car under Rs.2,90,000. That's like shamelessly asking for healthy 40,000 bucks off on a car from segment that accounts for the majority of car sales in India. Sounds insane? It did to a few. But I knew what I was talking about. I utilized the market slowdown to my benefit. Fortunately, Maruti Suzuki shortly also announced discounts on Alto, K10 and Wagon-R. Plus, free accessories worth Rs.5,000.

I immediately rushed to Maruti Suzuki showrooms on same weekend with an intent to finalize on basis of whichever dealership offered the most suitable deal. I managed to bring it down to Rs.3 Lakh along with some free accessories from Rana and Rs.2.95 Lakh from Rohan Motors but still I wasn't convinced and then a miracle happened. On wayback, called up JustDial which provided details of a dealer close to my house yet it was unknown to me: T.R Sawhney (East of Kailash). A highly courteous showroom staff and an amazing deal confirmed that it's these folks who were going to get my money. Booked the car on evening of June 9th, 2014 with advance payment of Rs.5,000 and after a lot of haggling, this is what I managed to fetch:


Best part, SE offered extended warranty for free during delivery as a gesture of goodwill. Not bad considering 12 Years ago Maruti 800 was bought for Rs.2.75 Lakh. I also intended to do insurance by myself which would have further saved more but car was required ASAP and I was shortly traveling, so it was left on the dealer. Performed the PDI next morning and the sales executive, Prashant, who was extremely diligent throughout the process delivered the car on June 12th as promised. I'm astounded with such a pleasant experience with them considering earlier my service experience was poles apart (T.R Sawhney Service Center: Highly Dissapointed). 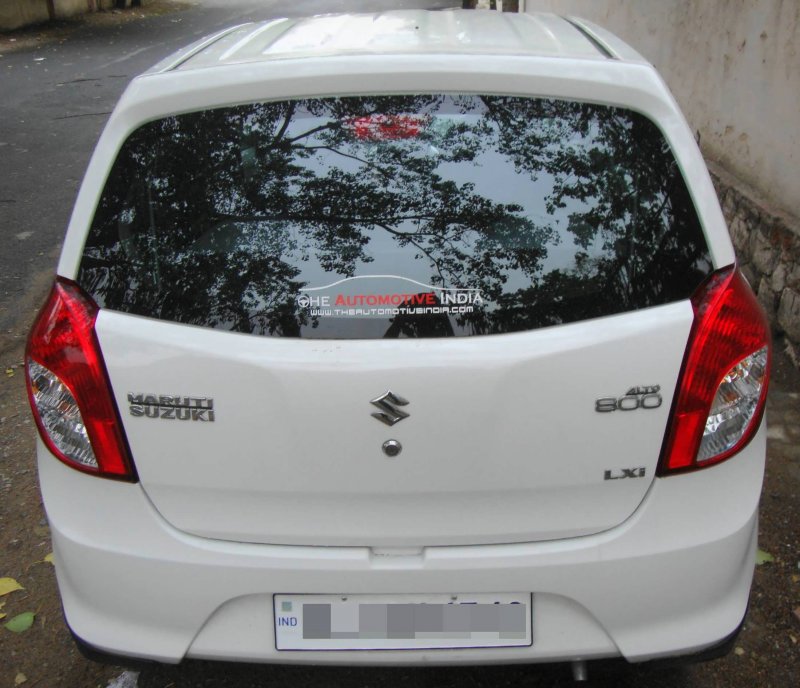 I'm planning to keep it stock. Might consider subtle decals and blackening B-Pillars later to make the side view look better. For now, only utility add-ons installed:

Following are some observations based on one month of ownership experience. First service is now due. I'll update more after getting it done. 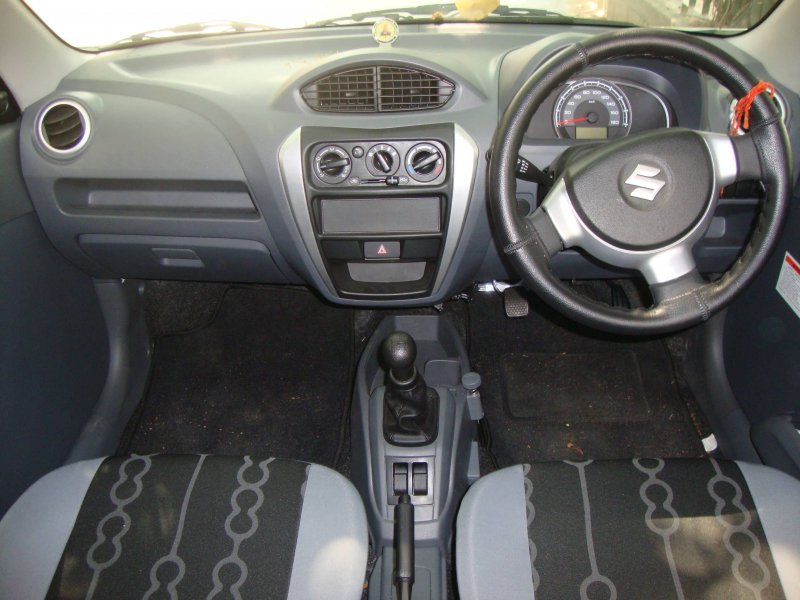 CONGRATULATIONS for the new ride.

wish you have many many trouble free miles with it........

Congratulations for new Alto800
IDK why this car is seen less on road vis-a-vis Altok10
I think apart from the engine this little Alto800 is better than AltoK10 in every department.

On a lighter note, I must take classes on bargaining from you.

I was just drooling when you described Fabia. Surely, An enthusiast wouldn't let it go.

Congrats on the Alto 800, Wish you many happy miles with it. No ICE installed ?

Congrats on the new car.
Is there any specific reason for the color choice? All your rides are White.
To be honest, white glues well with any cars any day, except for the pain in maintaining it.

jayesh said:
CONGRATULATIONS for the new ride.
wish you have many many trouble free miles with it..
Click to expand...
ADSA said:
Congratulations for new Alto800
IDK why this car is seen less on road vis-a-vis Altok10
I think apart from the engine this little Alto800 is better than AltoK10 in every department.

On a lighter note, I must take classes on bargaining from you.

anshuman8 said:
Congrats on the Alto 800, Wish you many happy miles with it. No ICE installed ?
Click to expand...
Nope. I don't think I'm installing one anytime soon.

Mr.Boss said:
Congrats on the new car.
Is there any specific reason for the color choice? All your rides are White.
To be honest, white glues well with any cars any day, except for the pain in maintaining it.
Click to expand...
Exactly. No other specific reason though but I like white.

Congrats for the Alto Vibhor.
BTW, why left side ORVM an accessory? I guess it must be a standard equipment.

And main question: Why not Datsun Go?

TSIVipul said:
And main question: Why not Datsun Go?
Click to expand...
350Z said:
If at all I had to shell out that much, I'd have anytime preferred to opt for a Datsun Go. Therefore, Maruti Alto800 and Hyundai Eon were the only choices left.
Click to expand...
Addressed in the initial post

TSIVipul said:
BTW, why left side ORVM an accessory? I guess it must be a standard equipment.
Click to expand...
That's Maruti's way, Car comes with only RH ORVM & LH is accessory.

Hi,
Congratulations on your Alto 800.Wishes to clock many more miles without issues.
V

Congratulations on your latest purchase Vibhor.
Alto K10 was my first choice when I wanted to buy car. But my wifey & mother said they will not seat in car if its Alto.

Congratulations for a new machine. Have a joyful and safe driving

Sorry for the late reply, congrats for gaining the new alto 800 Vibhor, however we need some parting shots with some photo effects added.

Since we have alto 800 in our family, it sure is a good car which is made for newer generation. The quite disappointing thing is its looks and design outside, but once you step inside this car it's a different world altogether, the interiors are soft and plastics are light but of good quality (Better than chevrolet enjoy which is of 8 lakhs).

Light controls,EPS, small dimensions make this car apt for traffic in cities, wait up, it's not a bad performer in the highways, the power is quite decent for overtaking also.

The air con unit given is better than the previous generation alto, thanks to the bigger vents where the air circulation is satisfied.

Anyways congrats for your new car and wish you have a happy and safe motoring with it!

Many congratulations on the new ALTO. White is an evergreen colour and a major advantage is that scratches are not very evident. Wish you many happy miles and keep the post updated with more pictures.

How did I miss this thread?
Many congrats for the Alto 800. Alto and white. Reminds me of my old lazy baby suzuki. May you crunch lacs of happy miles on it.
BTW why no mods for this baby? Some light add ons like a spoiler (yeah i am obsessed with them) could turn this car into a looker!
Last edited: Jul 21, 2014
You must log in or register to reply here.