Mahindra & Mahindra: The Story Of “Rise” 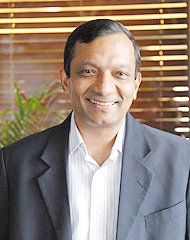 Mahindra Defence Systems - Vehicle Armouring Solutions
You must log in or register to reply here.