hey guys i just read somewhere that mahindra is finally launching thar in india by december end. it will have 2.5 liter crdi engine with 105 bhp of power and 247 nm torque. price i dont know.

Hey..
I thought the Thar was supposed to have IFS??
I see a rigid Axle. If its rigid, it'll have much more articulation.

Thar launch date is confirmed and is on 21st of December, 11.00 a.m. onwards. Catch the live webcast at Mahindra Thar or Mahindra Thar | Facebook

Mahindra & Mahindra, India’s market leader in utility vehicles today introduced its legendary 4X4 off roader the Thar CRDe, in India. The much awaited 4x4 off-roader is being launched in India and is targeted at the offroading enthusiasts, retro look seekers & people wanting to make a unique style statement. The Thar aims to play a significant role in shaping the lifestyle vehicle segment both in urban and rural India. Consumers today are looking for a different lifestyle, as they seek adventure and a fun experience which the Thar will offer. With the retro look back in vogue, the Thar is all set to chart a new terrain in the Indian automobile industry.

Speaking at the launch Mr. Rajesh Jejurikar, Chief Executive, Automotive Division, Mahindra &Mahindra Ltd, said, “Having realized the potential of this emerging segment of offroad enthusiasts and lifestyle seekers, we have launched the Thar in India. The Thar is an extension of our legacy and what Mahindra stands for. Popular amongst generations of off-road enthusiasts, style seekers and even war-veterans, not many vehicles share the same legendary past and iconic status of the Mahindra Thar.”
Click to expand...
Mr Rajan Wadhera, Chief Executive, TPDS, Mahindra & Mahindra Ltd. said, “The Thar is a manual 4x4 machine coupled with a powerful CRDe engine 77 kw (105 BHP) & drive by wire technology which is capable of providing it variable speeds and acceleration. To handle this excess power, THAR CRDe’s tough rigid ladder frame chassis has been optimised to enable crisp handling. Modern suspension layout of IFS and abuse resistant rear leaf springs delivers a great balance between ride and handling which is unheard of in this segment before. Light & responsive Integral power steering gives delightful manoeuvrability to the Thar”.
Click to expand...
Initially set up to manufacture general-purpose utility vehicles, Mahindra & Mahindra’s heritage began with assembly of the iconic Mahindra CJ 340 in India. The company later branched out into manufacture of utility and light commercial vehicles. It grew rapidly from being a manufacturer of army vehicles and tractors to an automobile major with a growing global appetite. Today, with changing lifestyles and evolving consumer needs, M&M is all set to redefine the Indian offroading category with its unique retro look offering, the Thar CRDe. The Thar CRDe is a true blue, stylish off roader, which is an evolved version of the Mahindra CJ340, the MM 540, the Classic and the Legend. A typical Mahindra breed, the Thar CRDe, is now faster, stronger and more powerful and reflects the company’s legendary tough and rugged DNA. Priced at Rs. 5.99 lacs (ex showroom Delhi, BS IV variant), the Thar CRDe attempts to evoke nostalgia of a time when offroading was simply about pure adrenaline.

The powerful CRDe engine delivers on power and fuel economy. The cabin can seat seven people, while two rear bench seats can be folded to create a massive luggage area. It is available in a BS IV variant with power steering as a standard fitment, giving it a comfortable drive. The customization options and accessorized vehicles are also available for booking. The Thar will be launched in Delhi, Chandigarh, Bangalore, Mangalore and Jaipur by end December and the rest of India by January 2011. The Thar is also available with a DI engine as a base variant. The Thar DI will be positioned as a lifestyle vehicle for the rural market with both 2 wheel and 4 wheel drive options. The BS III variant will be priced at Rs 4.47 lacs, ex showroom Jaipur. 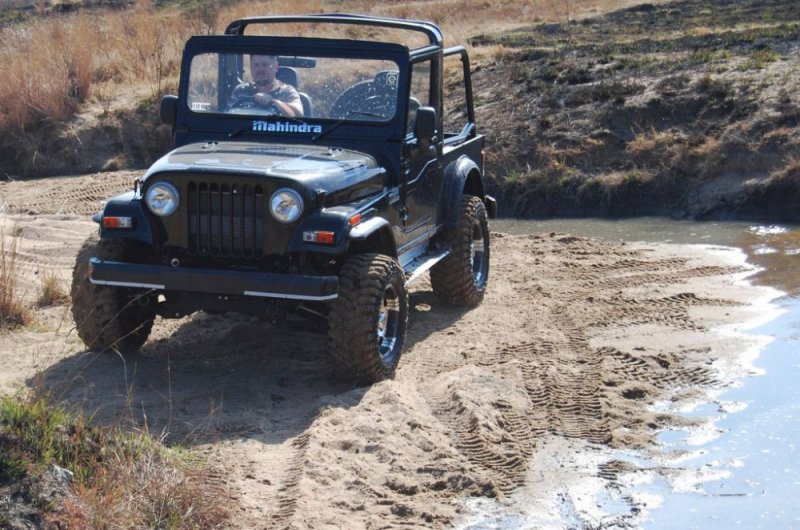 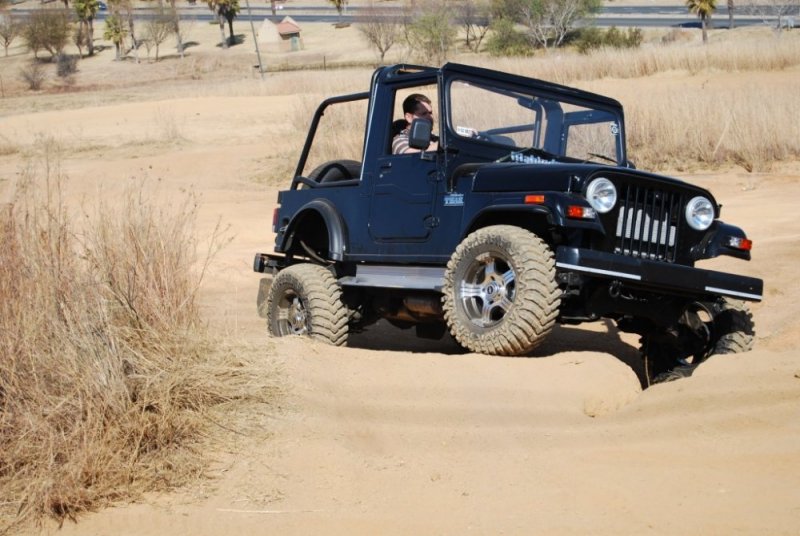 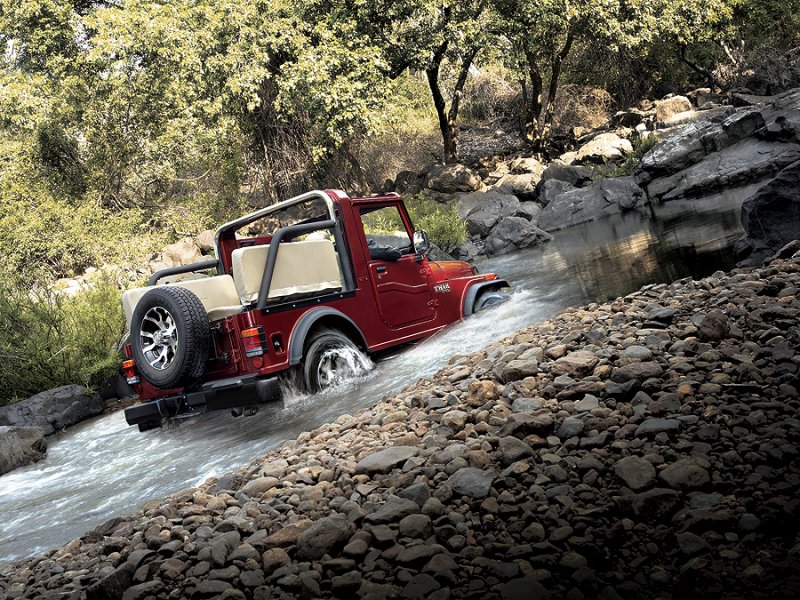 [thinking] 4.47 lakhs seem to be a good price for the base DI version if the changes are mainly just the engine when compared with the CRDe. I love the looks. Dont mind if it comes with steel wheels too.
S

Great pricing. But not very practical Jeep. Does it have soft top?

I want a thar CRDe in red! the CRDe has the option of AC too...
I

Reminds me of the Willey Jeep in the old hindi movies...
A

Just give it an auto option and i love it.

shark_fin said:
Great pricing. But not very practical Jeep. Does it have soft top?
Click to expand...
It should have an option for a soft top.(Or maybe that's how they kept the prices low because it's an open jeep!)
Also without a soft top, its usability would be limited in the tropical climate that we have here in India.
Also practically, since it's an open jeep you cannot simply park it anywhere with your personal belongings in the vehicle!
I would think the designers would have taken all this into account.

Thread Closed. Off Road Fans, You must check this out: http://www.theautomotiveindia.com/f.../3364-mahindra-thar-off-road-test-review.html