The first race for the MSD R-N Racing Team will be the Czech race to be held at Brno. After Brno, the team will have 7 more races left in this season. From 2013, the motor racing outfit is expected to participate in the full season. The timing of MS Dhoni’s acquisition of the motorcycle racing team seems quite sound given that India will host one race in the 2013 World SBK Championship season at the Buddh International Circuit, which also hosts the Indian leg of the F1 racing championship. By owning a motorcycle racing team, MS Dhoni could find himself at the forefront of the fast spreading motorcycle race culture in the country.

Florian Marino of France and Dan Linfoot of Great Britain are the two riders who will ride for the MSD R-N Racing Team India, while Amit Sandill is the Team Principal. The team will be based out of Yeovil, in the United Kingdom. With MS Dhoni buying the motorcycle racing team, it represents the second such instance of cricket players buying motor racing outfits. The i1 Super Series Racing Championship, that was launched last year, to much fanfare had many Indian cricketers buying stakes with Sachin Tendulkar as the face of the series. However, the series has failed to take off due to non-availability of drivers.

The squad has its base at Yeovil in the UK.

Team principal Amit Sandill said the they aim to popularise and grow the game in Asia.

"We are looking at it from the long term perspective. Trying to grow the sport in Asia. The sport itself is in a pretty nascent stage in Asia so this is a first step," Sandill had said at the launch of the team in July.

"Trying to get to the championship and making a kind of mark in the championship and then take the sport to India and then other countries in Asia. We would also like to start a Racing Academy. Behind all this is the passion, which comes as a bonus," he said.
Click to expand...
According to the website of the team, Dhoni is part of the management while actor Nagarjuna Akkineni has been mentioned as a Director.

Nandish Domlur, a cardiac surgeon by profession, is the CEO and Mangaging Director of the team.

MS Dhoni signed up reigning World Supersport champion Kenan Sofuoglu for his racing team christened “Mahi Racing Team India”. MRT also signed up 2002 Supersport World Champion Fabien Fort as the second rider. The racing arsenal would be in the form of Kawasaki ZX-6Rs.Dhoni said, “This racing team is like a dream come true. I never expected or wanted to do anything like this. But the opportunity came up and I said let`s do something and bring this sport to India.” Also he mentioned the probability of his team making it to next year’s WSBK Championship which would be making its debut at the Buddh International Circuit.

From successful F1 events to the forthcoming WBSK and MotoGP races, the addition of MSD’s participation only hints at a brighter future of racing in India. We are hoping this wave brings us more Sarath Kumars and Narain Karthikeyans in the near future.

Mahi Racing Team India off to a cracker of a start

Mahendra Singh Dhoni is an avid motorcycle buff and has launched Mahi Racing Team India for the World super sport championship. If the testing is anything to go by, Mahi racing is looking solid with riders Kenan Sofuoglu and Fabien Foret and the Kawasaki Ninja ZX-6R. With the first race of the season just round the corner, Kenan and Fabien have set some rather exciting times.

Kenan Sofuoglu posted the second fastest time in the final day of the testing with the fastest lap of 1’33.384 which was well under the existing lap record at Philip Island, a promising sign for the reigning world champion Kenan and team Mahi racing. “I am happy with this test because we have a new team and every time we are out, we improve the bike and improve the team. I am happy with the team” said Kenan Sofuoglu.

His team mate, Fabien Foret was the third fastest of the thirty five riders who tested on the Philip Island race circuit. Later on in the tests, he found some pretty strong set up on his bike and he made good use of it. ”We are two and three on the time sheets for our new team and I feel not so bad on the bike now. The race is on Sunday and I think we have a good pace to start the race weekend with.”

Mahi Racing Team India looks in a solid state and if that is any indication of the things to come, the first Indian team in the World Super Sport Championship might just be on its way for a race win and more!

Its great that he is promoting India's name in motor sports but it makes me wonder how much of money do these guys make that they can start a motor sports team!!

ronz_2507 said:
Its great that he is promoting India's name in motor sports but it makes me wonder how much of money do these guys make that they can start a motor sports team!!
Click to expand...
This team is also co-owned by the southern superstar Nagarjuna Akkineni.

GODS (Group of Delhi Superbikers) had a session with Team Mahi on Buddh Circuit. Sharing some snaps taken from Facebook. 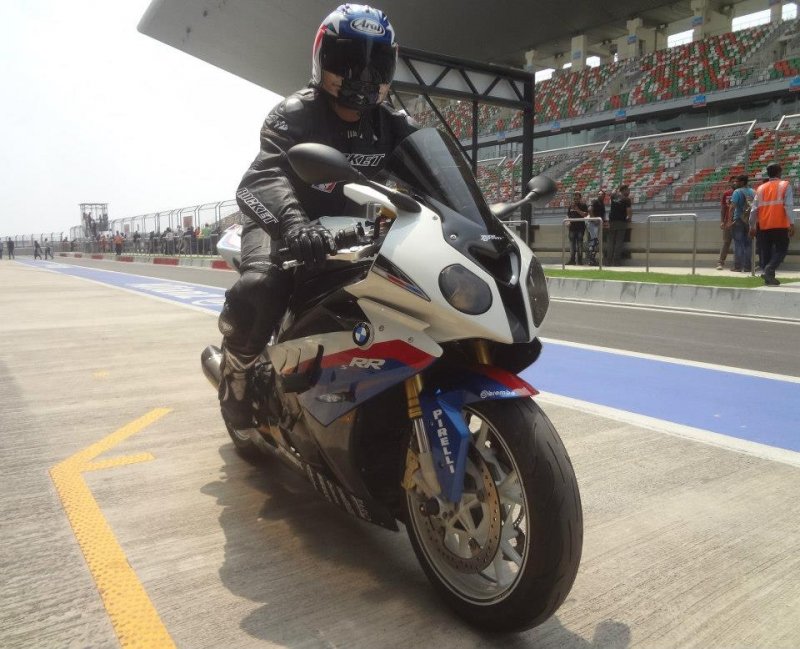 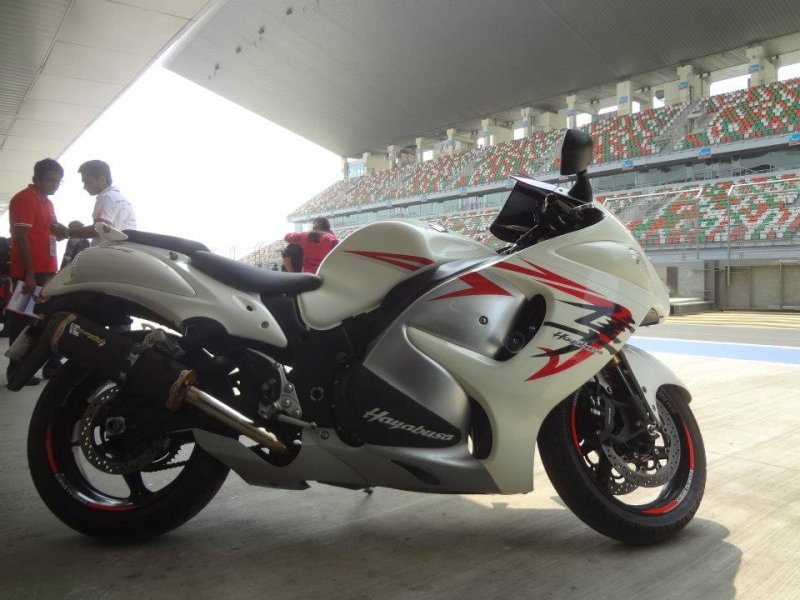 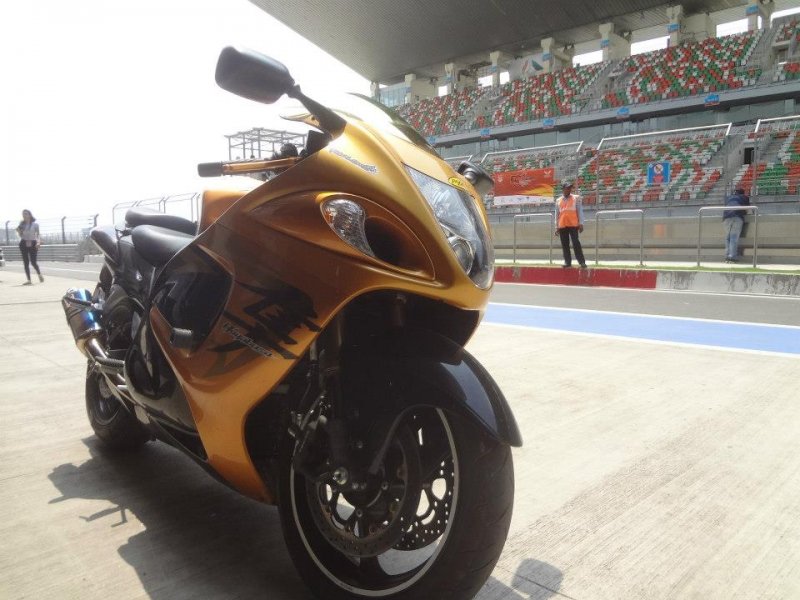 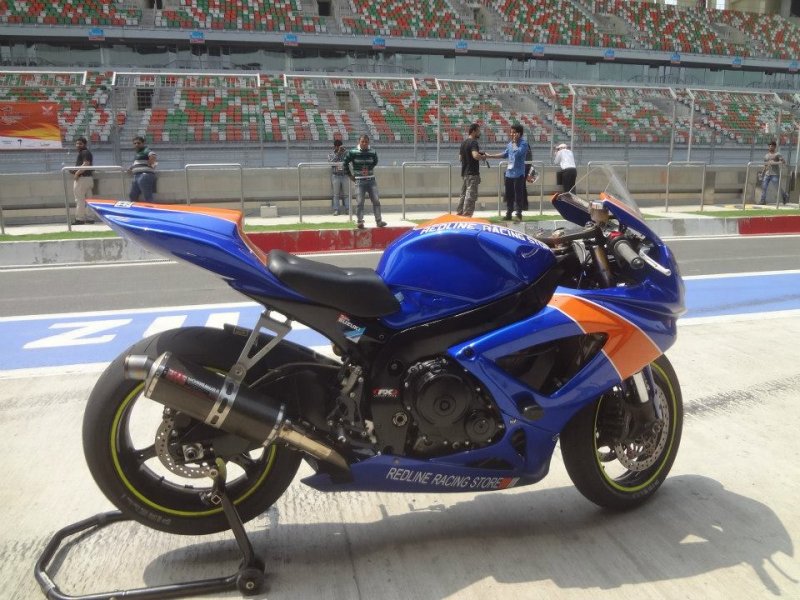 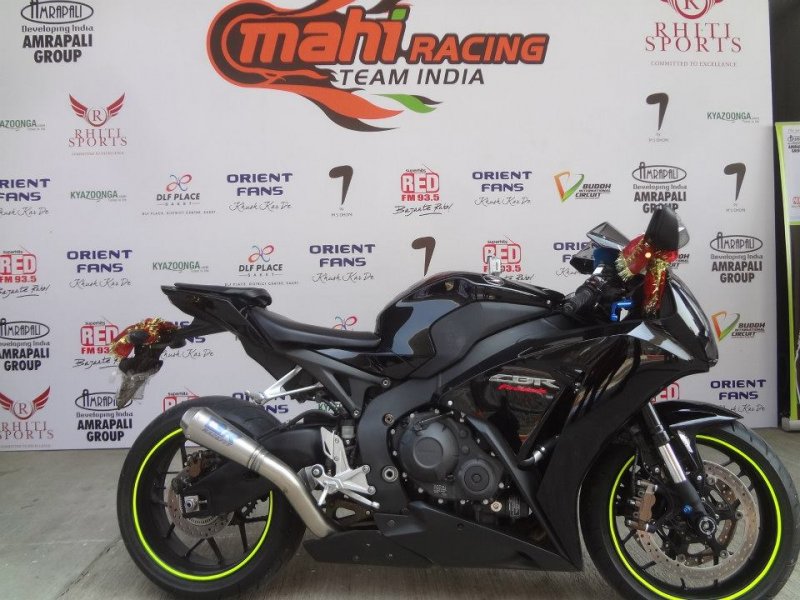 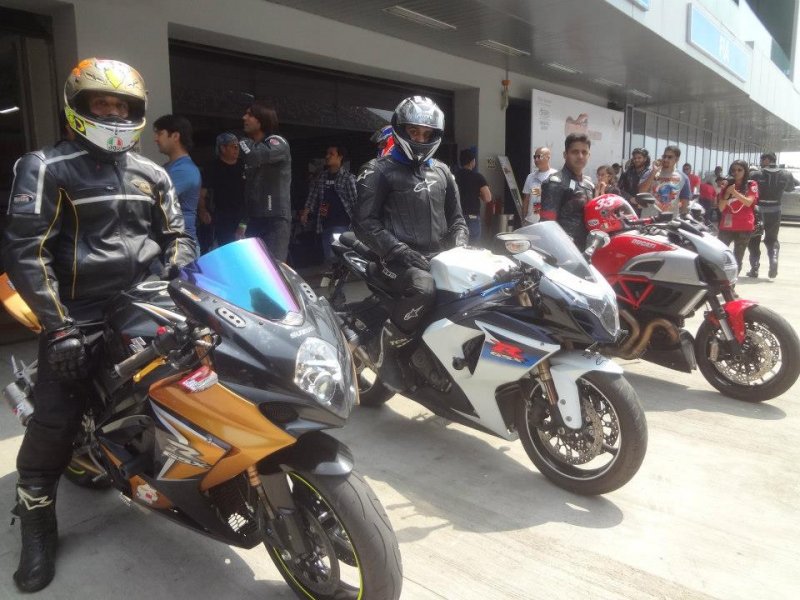 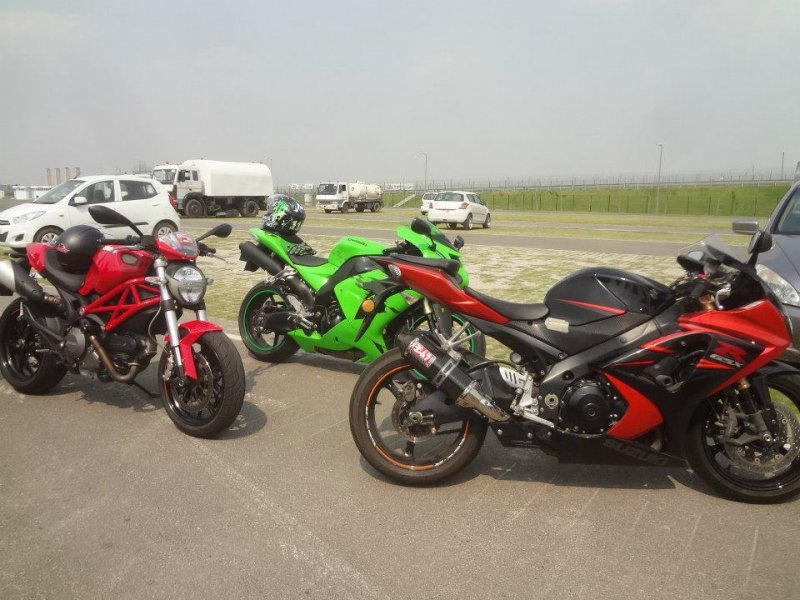 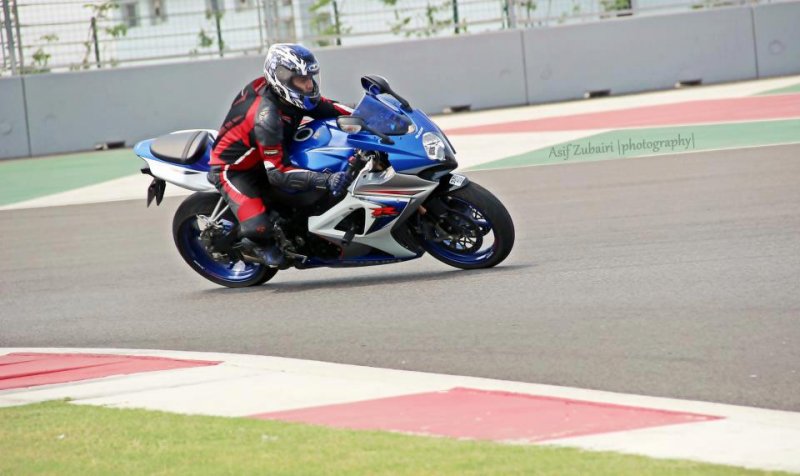 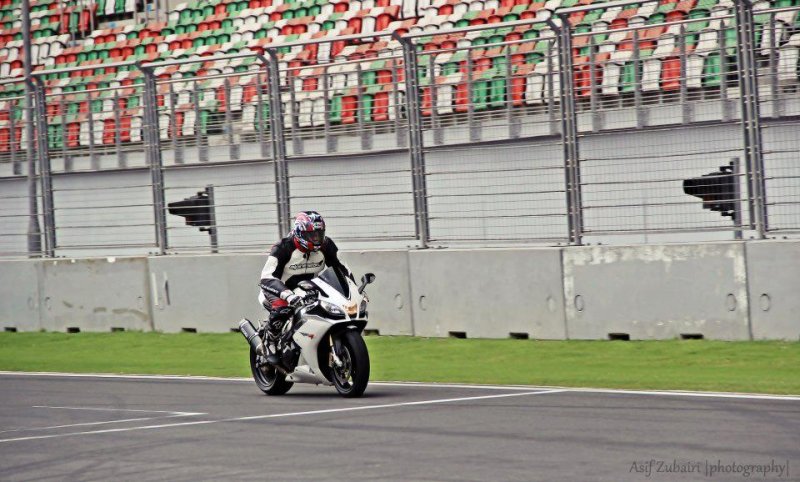 Home to the fifth round of the FIM World Championship, Algarve International Circuit also referred to as Portimao Circuit in Portugal, is one of the most modern and state-of-the-art racing facilities in Europe.
Kenan Sofuoğlu of MAHI Racing had won two out of his 22 career victories at the track, but championship leader Sam Lowes of Yakhnich Yamaha was keen to extend his lead with a win.
Friday: It was a bright and sunny day at the track. Team MAHI Racing’s Kenan Sofuoğlu was setting the pace, but midway through the first session of free practice, Championship leader Sam Lowes jumped to the top of the time sheet. His time of 1.46.046 remained unmatched through the day.
Jack Kennedy and Sofuoğlu traded places in the closing stage, with Sofuoğlu finally dislodging Kennedy to take 2nd place. At the end of a hectic Friday it was Sam Lowes in first, Kenan Sofuoğlu in second and Jack Kennedy in third, while MAHI Racing’s second rider Fabien Foret was in fifth.
Saturday: The first qualifying session was graced with rain, but by the time the second session had begun, the track had dried. All teams suffered from bad bike set-ups owing to the change in conditions. Kenan Sofuoğlu of MAHI Racing was experiencing many problems with his bike but eventually he did set quick laps, only to be offset by Sam Lowes at the very end.
Lowes had earlier suffered from a machine failure but the team overcame this. By the end of the second session of qualifying he had taken his fifth pole position of the season. The standing for Sunday’s showdown was 1) Sam lowes 2) Kenan Sofuoğlu 3) Sheridan Morais. Fabian Foret of Team MAHI Racing stood in fourth position on the grid. If Sam Lowes wins on race day, Sofuoğlu's hopes of winning the Championship could be washed away.
Sunday: There was no rain, but the weather was overcast and track tempratures ranged between 23 and 25 degrees celcius. Kenan Sofuoğlu of MAHI racing enjoyed a brilliant start from the front row. Fabien Foret, his teammate started the race on the 2nd row but got himself in front of Sofuoğlu in the first few laps. Foret mainatined his lead inspite of many wide runs and a few miscalulated and strange corner lines. Behind him, the race became a tussle between Kenan Sofuoğlu and Sam Lowes as they traded places throught.
In a surprising development, young Dutchman VD Mark made a do-or-die charge and broke up the front trio. This slowed Sofuoğlu down who had set the fastest lap of the race by then. On the final bend of the very last lap, Lowes got past Foret and won his fourth consecutive race, an important step towards becoming the World Supersports champion.
After the race Sofuoğlu said, “I am really enjoying Sam being there. It is always a pleasure and a bigger challenge when you have a strong rider to race against. His bike is set up well for handling while mine is more on engine power. No excuses, Sam rode a superb race.”
The results at the end of the day were:
Sam Lowes (Yakhnich Yamaha)
Fabien Foret (MAHI Racing Kawasaki)
Kenan Sofuoğlu (MAHI Racing Kawasaki)
WSBK moves to Turkey next for the 6th round. The FIM World Championship makes its way to India's Budh circuit for the final round on 17 November.
You must log in or register to reply here.