Ludhiana to Mumbai on my Honda City ‘Lady in Black’ via NH1, NH8 SH79

Well first of all apologies for being quite late to post this travelogue as I was tied up with lot of things in the last 2-3 months.

Ludhiana to New Delhi 340 KM via GT Road and NH1


Started in wee hours of the day from my hometown Ludhiana. As I am a novice driver we had hired a professional driver for this long trip. My initial plan was to go non-stop to New Delhi but I took a small detour as I visited one of my relatives @ Karnal. It took us 3 hrs 15 minutes to reach Karnal from Ludhiana a distance of 180 km (in between 2 stops for Petrol) as there was very little traffic on GT Road. We had got our tank full at Ambala in Haryana.

Well, after a quick break of about an hour or so and a cup of tea, restarted the journey to New Delhi at around 8:15. We were back on GT Road and with 1.5 hr had entered Delhi outskirts, but took another 1.5 hr for us to reach CP due to morning traffic.

Had a brunch at a Chinese restaurant in CP and after meeting my friend in Gurgaon left for Jaipur at around 5:45 PM. We were actually bit behind the schedule as we wanted to reach Jaipur by 9 pm for our pit stop on Day 1.


Delhi-Jaipur via NH8 was a bit of a disappointment as the highway is going through a lot of repairs and widening plus lot of heavy traffic. It took us around 4 hours of driving to reach Jaipur. We were exhausted and tired and I wanted to give the driver a nights rest as there was lot of driving to be done the next day. We had covered only 600 km and another 1200 km was still to be covered. We had trouble finding a good hotel on the Jaipur-Udaipur highway. We decided to continue our journey till Kishangarh where we finally were able to find a reasonable and very economical accommodation. We had our dinner also at a restaurant at Kishangarh (it a quiet little town on the Jaipur-Ajmer Route). So had a good night rest and was all charged up for the Day 2 of our road trip.

Kishangarh –Udaipur via NH79 and SH12 through Bhilwara and Nathdwara


Well as advised by lot of reviewers who have done Delhi-Mumbai road trip that from Kishangarh it is better to take the NH79 and SH12 than to continue on NH-8 via Ajmer, so took the NH79 and SH12 route via Bhilwara and Nathdwara and believe me roads were absolutely amazing. We started our journey on Day 2 at around 5:30 am and was on NH79 by 6:00 am and driving almost non-stop (except for one small fuel stop close to Bhilwara and once for clicking some pics) for 4 hours reached Udaipur at around 10 am. We didn’t encountered any heavy traffic at all on the highway and overall drive was absolutely amazing. One can see some Old forts on the sideways once you are passing by Chittorgarh.
After a big drive we all were bit tired and wanted to have some refreshments and more importantly a hot cup of tea, so we decided to enter and explore the city of Udaipur for a good place to have breakfast. We were guided to a restaurant called ‘Sankalp’ where we had a sumptuous South Indian food and cup of tea. Although the place was good suggest people to go to JMB (Jayesh Mishtan Bhandar) at Chetak Chownk (Recommended by Rocky and Mayur of Highway on my Plate), I am surely going to try this next time.


We restarted our journey and our next pit stop was Ahmadabad. Roads on NH8 from Udaipur to Ahmedabad are absolutely fantastic. Seeing such fantastic roads I decided to get behind the steering wheels so as to give some rest to the driver as he was driving continuously for around 1000km. We switched position after crossing the Rajasthan-Gujarat border. I drove for around 2.5 hours till Ahmedabad and reached at around 2:00 pm. We made a 3 hour lunch stop at one of my relatives and restarted our journey at around 4:30 and had touched the toll road of Ahmedabad-Vadodra Expressway by 5:00 pm

I have to admit that NE1 Ahmd Vadodara Exp Highway is a driver’s dream to drive his car on. We started at around 5:00 pm and had exited the expressway at around 6:10 pm in between had to stop for about 10 at the Reliance petrol pump for refuel as car was out of petrol. So we coverd a distance of 100 km in less than an hour at an average speed of 120 km/hr....WoW it was an amazing drive.

Well after exiting Vadodra we continued our drive till Surat, because of the evening time had encountered some heavy traffic. We reached Surat at around 9:00 pm.


We were bit undecided should we continue or to should be take a night pit stop but then we decided to continue and thought of taking a dinner/tea break at Vapi. We actually continued driving beyond Vapi and didn’t stop anywhere for dinner or tea. Our drive after Surat was fine till -287 Km via NH8 Gujarat-Maharashtra border after which roads were ordinary and there was lot of heavy traffic. It took us more than 6 hours to reach to our destination Mumbai from Surat as we reached Mumbai at around 2:40 and to my place in Wadala at around 3:00 am.

By God’s grace had reached safe and sound without a single scratch or a close shave at my place in Wadala, Mumbai. Special thanks to Luckhy Singh (Driver), the guy drove flawlessly. We had covered 1900 km in 30 hours covering 6 states.


Phew! That was an amazing trip! My Honda City is fun to drive both on Highways and City have clocked 5500 km plus. Had taken it for a road trip to Mahabaleshwar, Panchgani and Wai last week. (Travelogue for that also Coming soon

Would be happy to share any other info with group members.

Thank you for a detailed report of your travel. Enjoyed reading it.

How are the roads these days? Have the NHs widened?

And a travelogue without pics is like cake without cherry, do post some pics as well, which will make the reading more engrossing

That must have been an enjoyable road trip , and yeah please post some pictures.
A

@cooldhaya: Yes It was an Amazing Trip. But next time would like to do this trip at a more leisure pace. Explore cities like Udaipur, Jaipur and Ahmedabad in more detail.

@Thetraveller: Roads are overall great except for New Delhi-Jaipur section where lane widening work is being carried out.

I tried to post some pics but there was some code error. Can I add pictures now...Plz Guide.

@truecitylover: Ohhhk Gr8 you liked it...It is my first detailed Travelogue,Hopefully will improve with more such Travelogues.

Great writeup! That's truly a well-composed travelogue but it is still incomplete without pictures. (You can read the procedure of adding them here. Just make sure to resize them under 1000x1000 Pixels). BTW, My relative recently followed the Jaipur highway to reach Delhi and he was telling the same situation as you did. 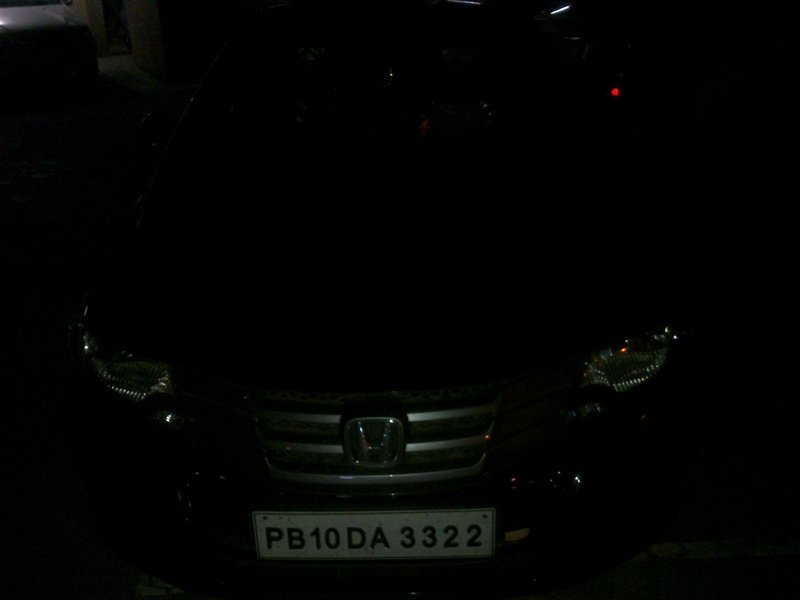 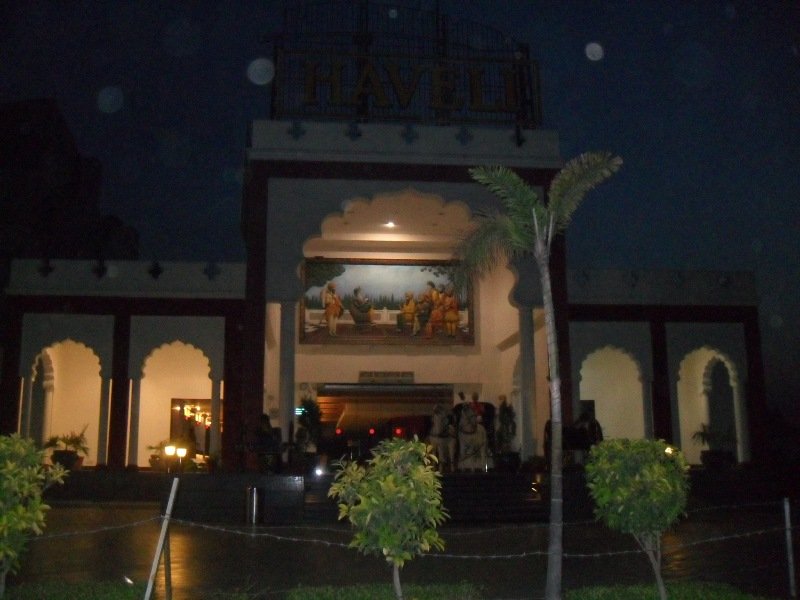 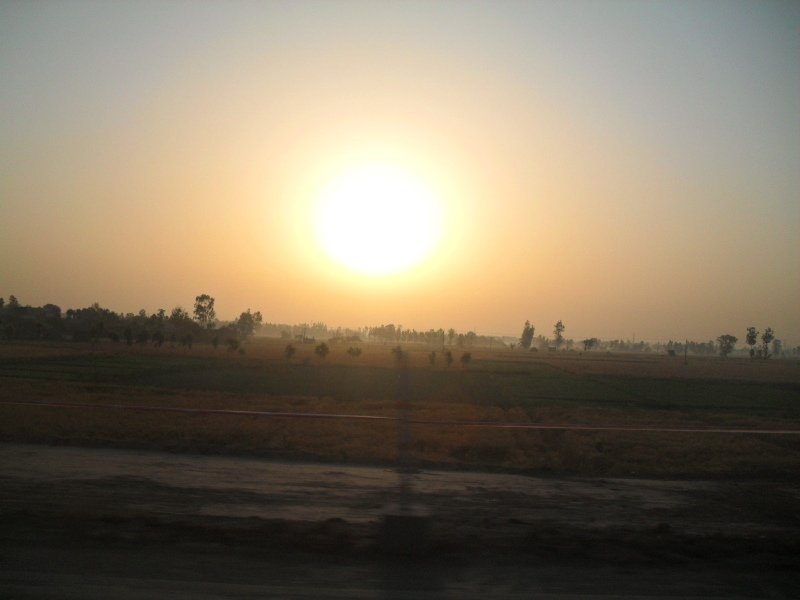 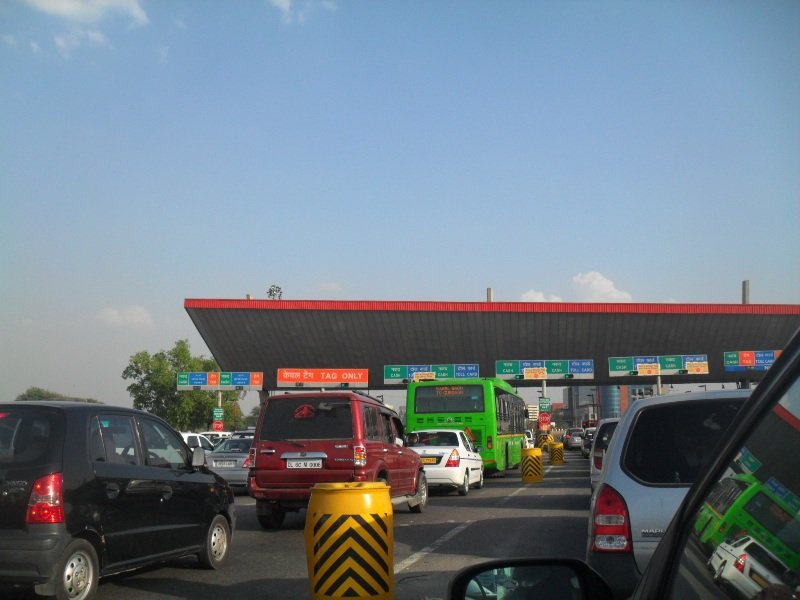 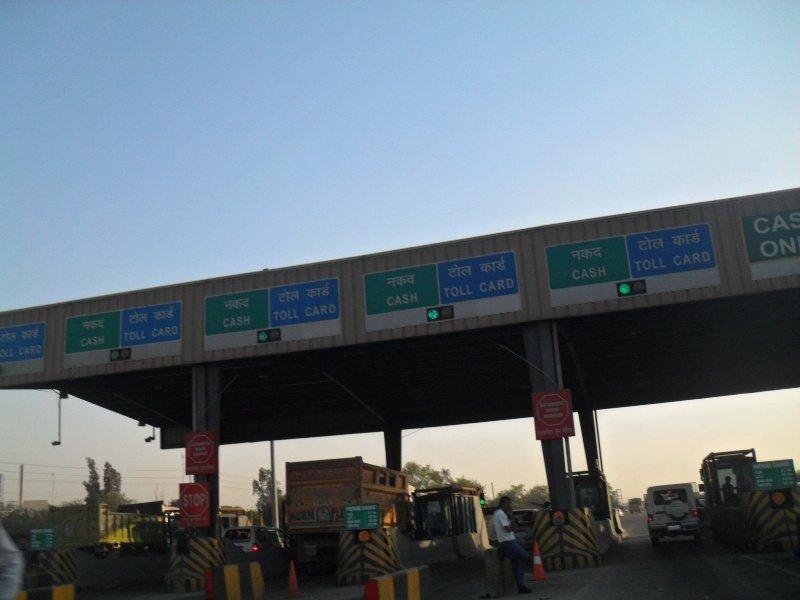 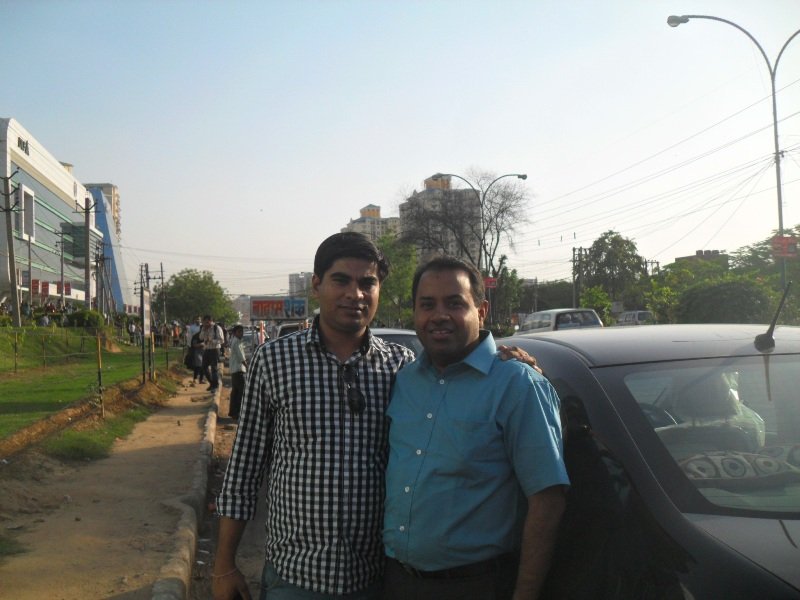 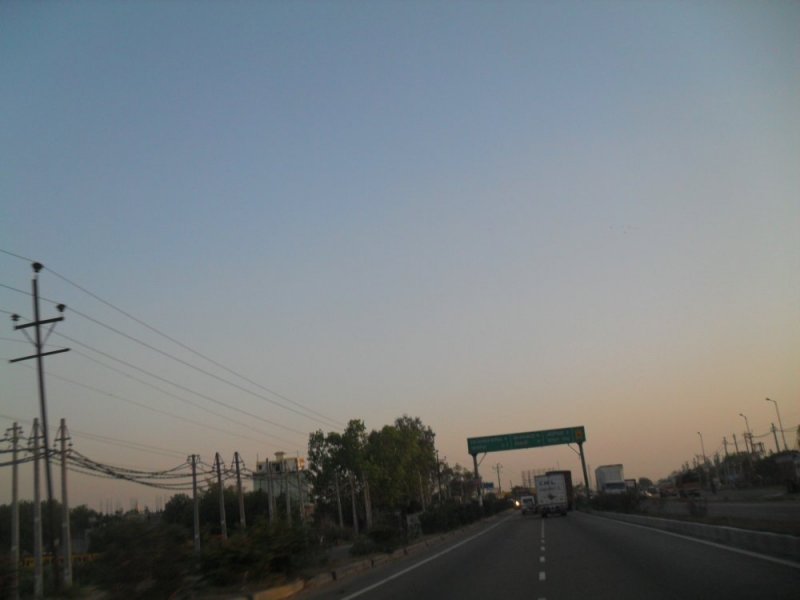 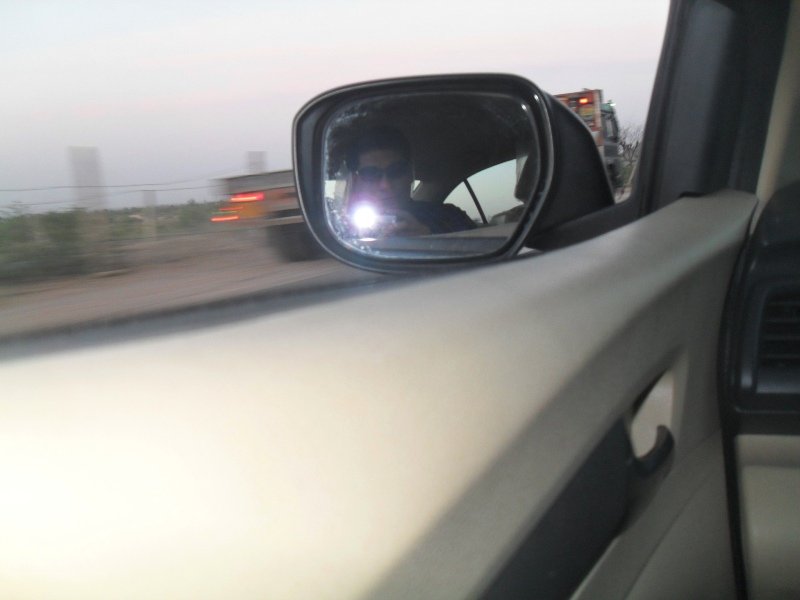 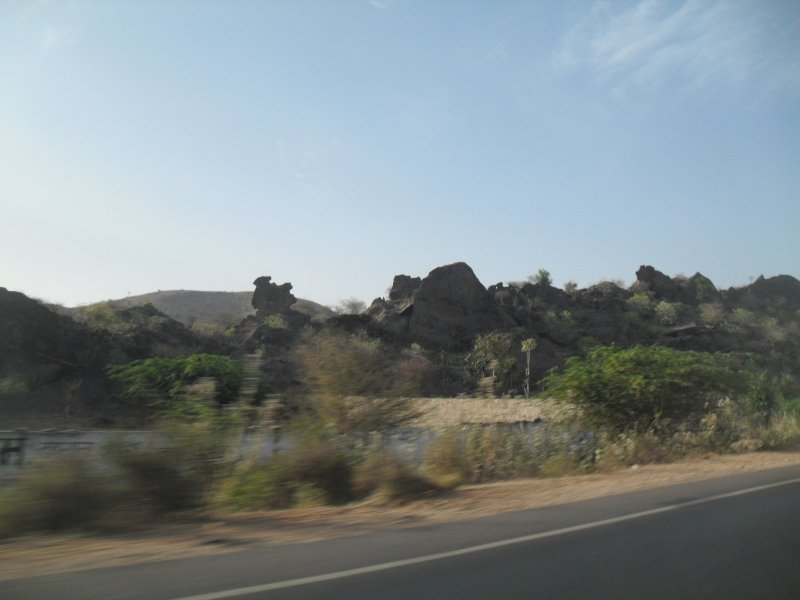 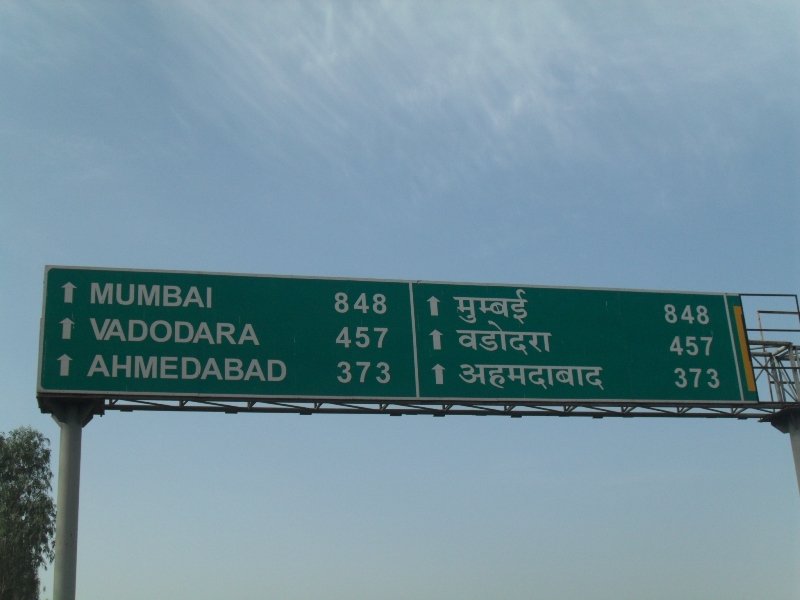 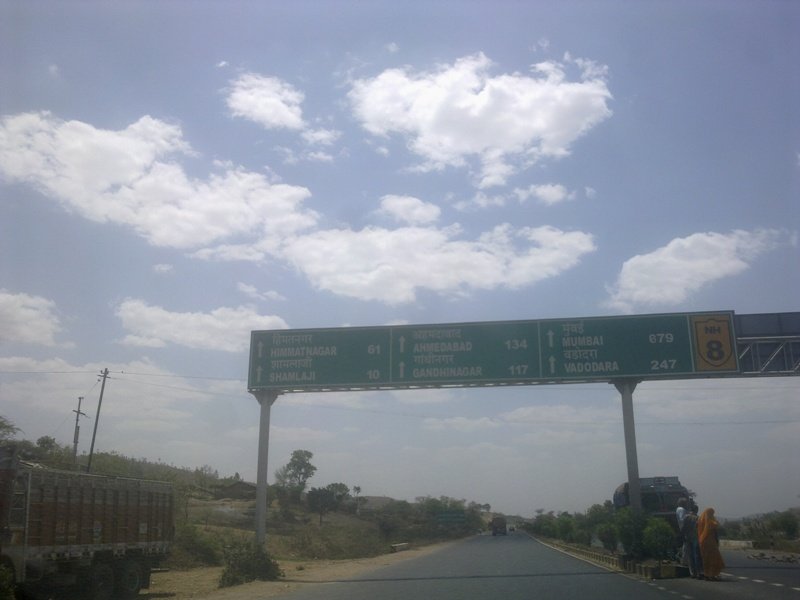 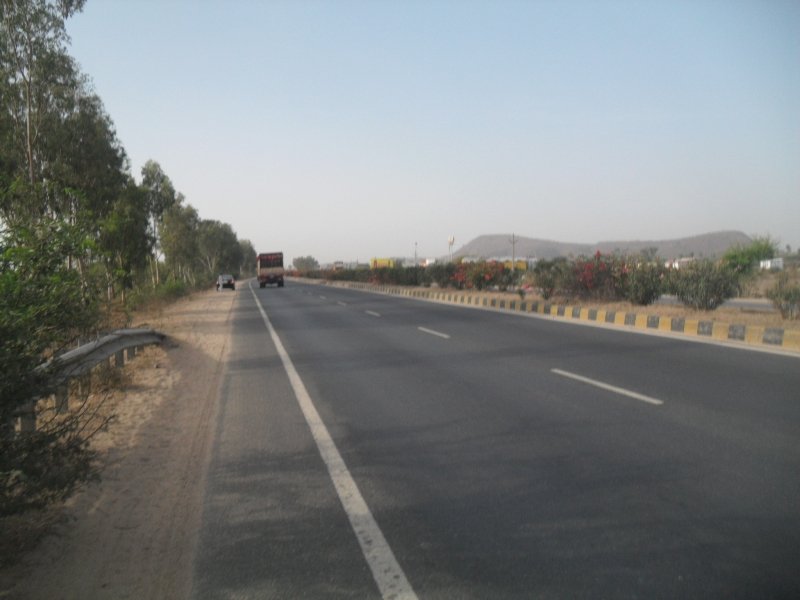 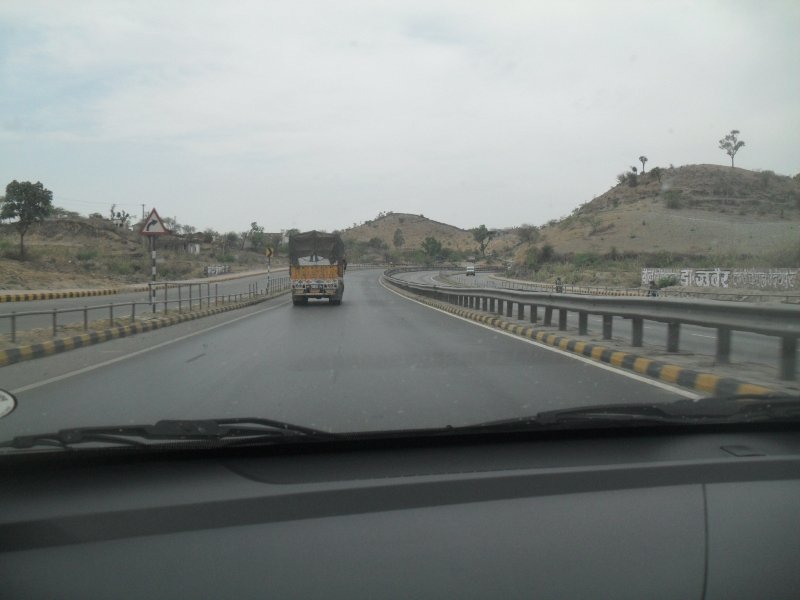 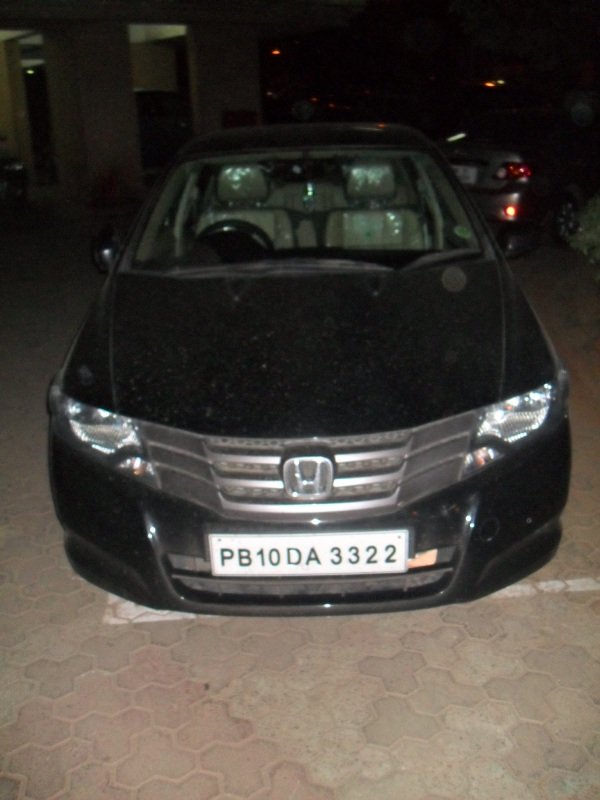 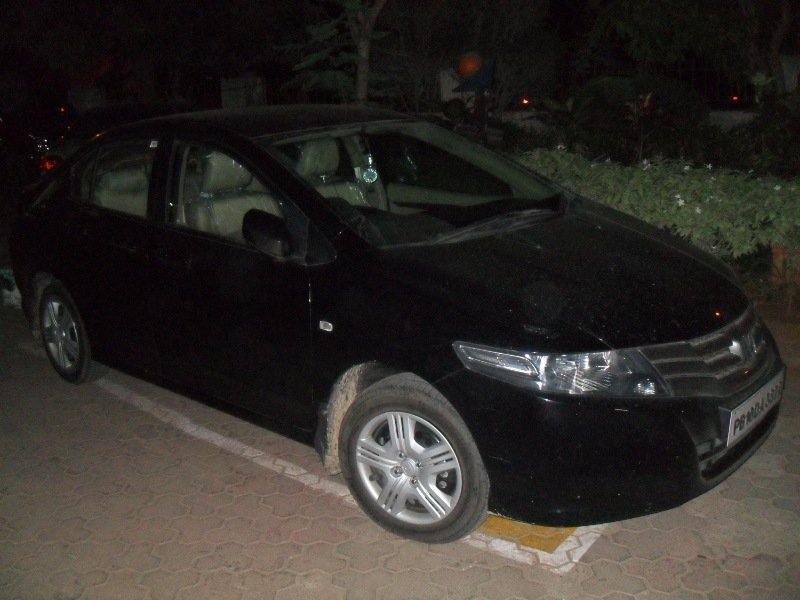 So finally posted the pics of the Trip.

Thanks for posting the pictures Ashish , the roads seems to be in excellent condition , a driver's delight!

it will be very tiring journey dude..but fun. kudos!! upload more pics of your city.

Forgot to ask you. What was the FE that you got?
R

Thats a nice travelogue. It must have been quite exciting driving the City on national highways.
A

@truecitylover: Well most of our driving was on the Highways and we hardly did any city driving and maintained constant speed. I got an Average of 15.8/litre (as per the car odometer) which was great considering car had only clocked 1200 km before we started the trip.

Even in my latest road trip to Mahabaleshwar/Panchgani car gave an average of 15.5-16 km/litre. Great considering drive included hilly patches.
You must log in or register to reply here.