We all know that 2010 is the best year in Automotive History atleast for India!!

Yes, More than 50+ cars are supposed to be launched this year. But till date only less than 20 cars are launched.

You all will be surprised to see 30+ cars in next 4 months.

To begin with lets start with the most over crowded segment, Yes Hatchbacks! 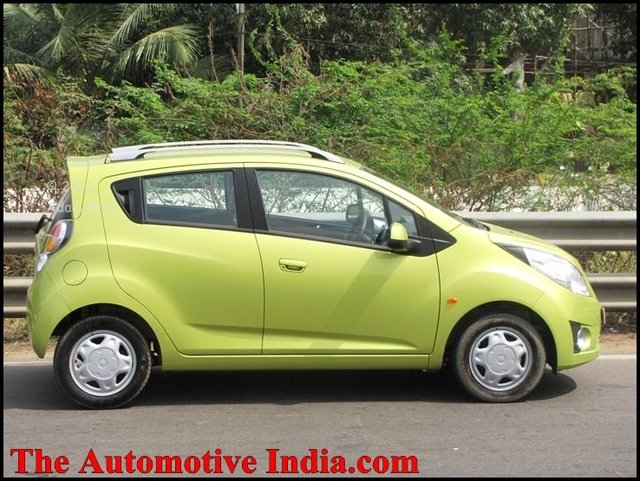 With its Funky, muscular & sharp styling Beat has captured decent shares in this segment. American dreams has finally come true & brand GM is definitely a threat to Indian Auto Scene. 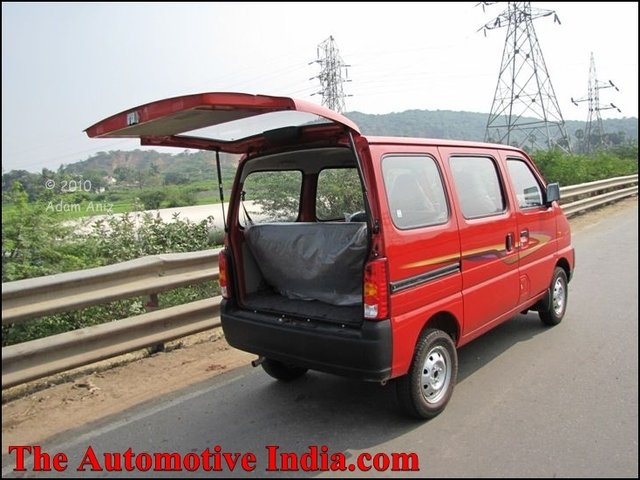 India's best manufacturer launched yet another big sized Omni aka Versa with a new name Eeco. But sales aren't expected as by Maruti. 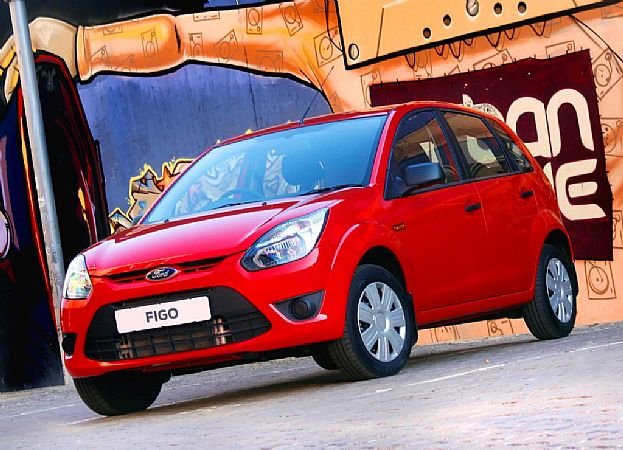 This car changed the fortune of Ford not only in India, but across the world. When most people were claiming that Ford India operations will be shutdown very soon, Ford came up this master piece which is not making people wait for 2 months!!

Check out for The Automotive India's User Review

Just to redefine the hatches in India, came a super hatch from VW. This solid german breed has set fire in premium hatch segment. Polo has booking period of 3+ months. 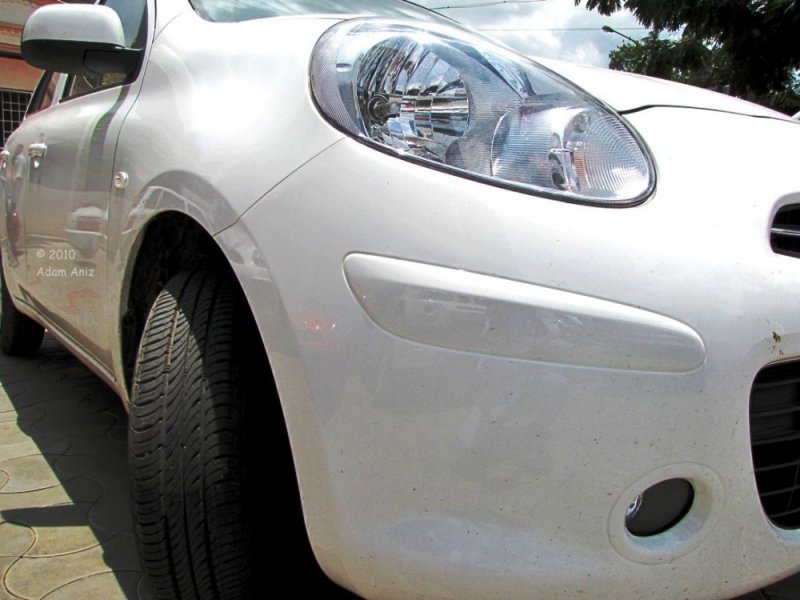 When manufacturers are claiming that their car is best, Nissan proved that Micra is best. With class leading features & Air Bags even in Standard version makes Micra stand apart from the crowd. 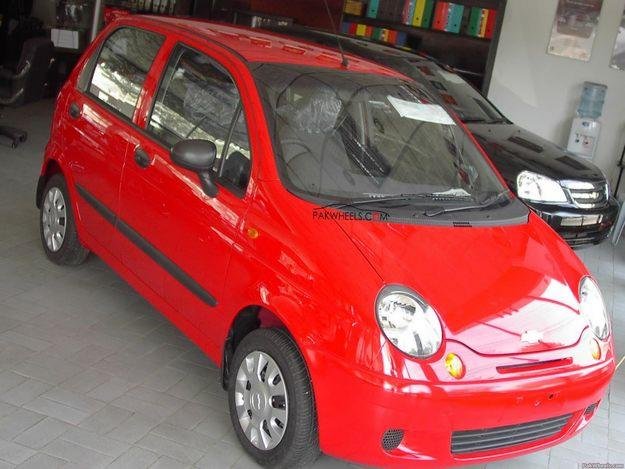 This car can be a greatest hit for this year since the segment leader M800 has been phased out.
If priced rightly with decent features this can be India's next favorite small car.

With the debut of Logan, Renault made a decent market share & was giving quite a good competition to Dzire.
But the high maintenance costs made Logan lose the competition. Renault is again with its new strategy, yet another hatch in India! 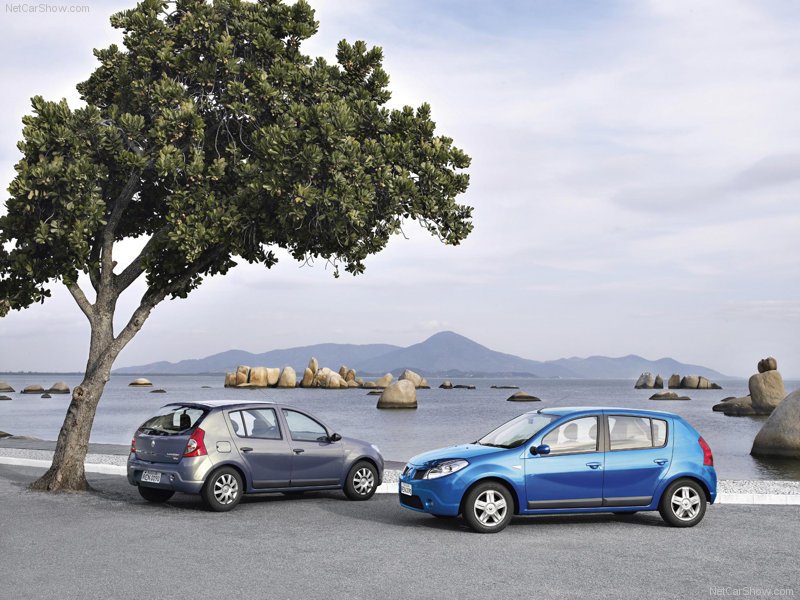 Sandero, Logan's small brother will be launched very soon & it will be based on Logan’s platform. Targeting premium hatch segment, can Renault play its cards right?

Maini is not a manufacturer who needs introduction. With its ultra conscious efforts & green technology Reva has made its mark in many places like universities, hospital & few other places which promotes greener emissions. 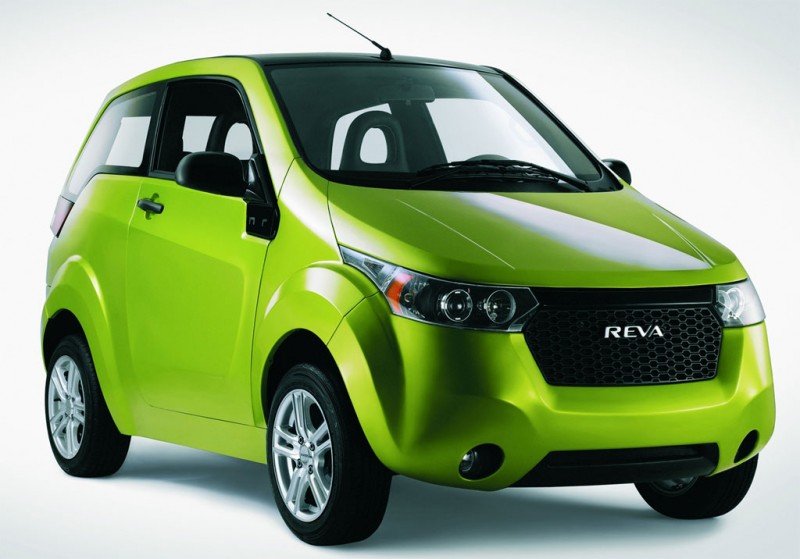 It’s undoubtedly known that SX4 was launched as hatch worldwide. Just in India, SX4 is a sedan, a oversized masculine boy. This hatch will have class leading interiors & great ergonomics. Even the ground clearance will also remain the same. 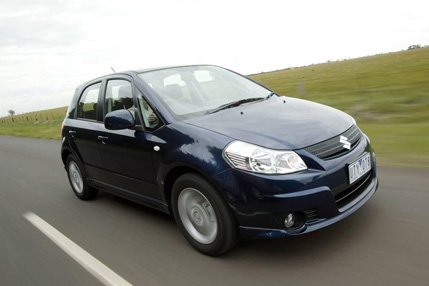 We expect a KB12 & 1.6VVT which is doing its duty in SX4. SX4 hatch will compete with Polo, i20, Punto, Jazz & Fabia. SX4 hatch can be the next trend setter for Maruti & can beat the sales of swift easily!

After seeing success in all launches they do, Toyota wants to taste success & lead the Hatchback segment too! Toyota's first hatch in India is Etios which is awaited for global release by end of this year. When we say global, Etios will be first launched in India. Yes now India is turning out to be a global market. 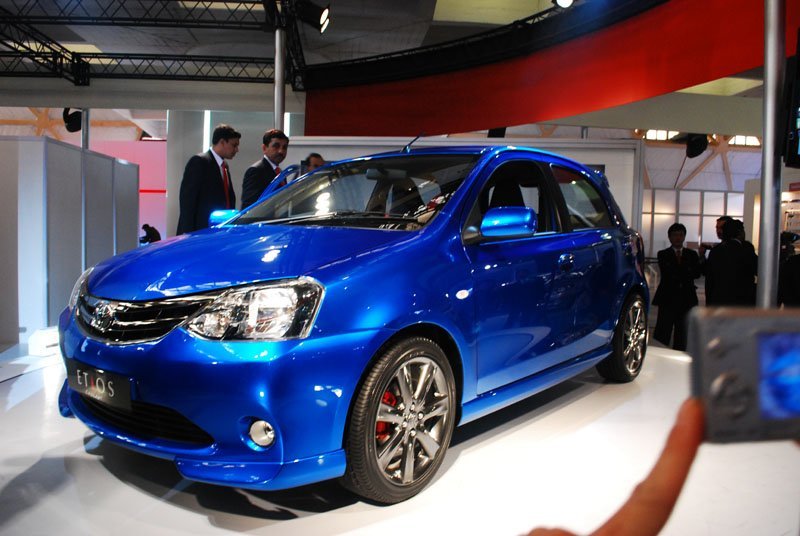 Etios is also a premium hatch & expected price is around 5 - 5.5 lakhs. With 1.2 petrol engines & 1.4 Diesel engines from Yaris, Etios will definitely make a big dilemma in buyer's mind. This is not yet over, expect a electric engine too!!


With the success of Polo in India, Volkswagen is set to roll out Vento now. Vento will have 1600cc petrol as well as diesel mill under the hoods. VW now beats the competition with its strategic pricing. 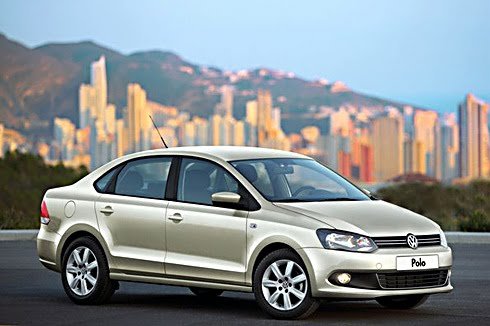 Unbelievable rate of 6.99 lakhs for a German breed is going to kill the sales of Honda & FIAT. Wait for few months & Vento will set fire on road.

Fiesta, when launched stole the diesel hearts in India and was awarded as best driver's car. With all the confidence, American manufacturer now comes up all New Ford Fiesta! 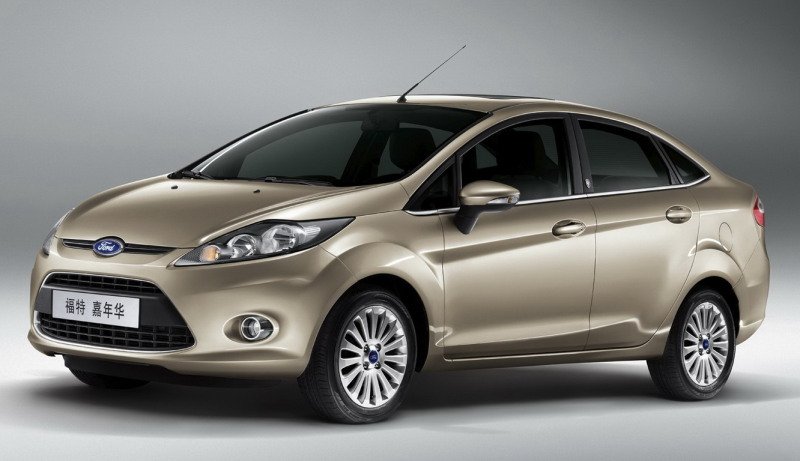 
Hyundai Sonata was launched in India which targets elite audience. Sonata Gold (4th Gen) was launched in 2002 which tried to grab some attention as it was a look alike of Merc. Then Hyundai came up with Sonata Embera (5th Gen) in 2007 which didn't taste much success as expected. Finally came the Sonata Transform (Face lifted) model in 2010 which again didn't do well as expected. 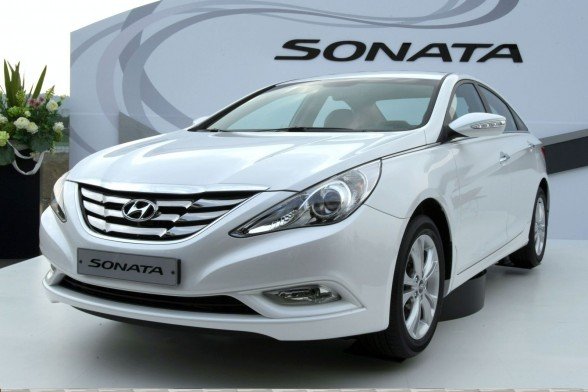 Now it’s time for all new Sonata YF. Expect a 2.0 & 2.4 Liter engine as usual, but as a change India might get 8 air bags now. Hyundai will again play its trick with lot of features like Parking Guide System, Navigation System and wireless vehicle monitoring service. Expected price is around 18 lakhs

Lancer proved its success in the last decade. Then came Cedia & Sports version of Lancer which is another master piece from Japanese. Check out the Official Road Test Report of Lancer Cedia. 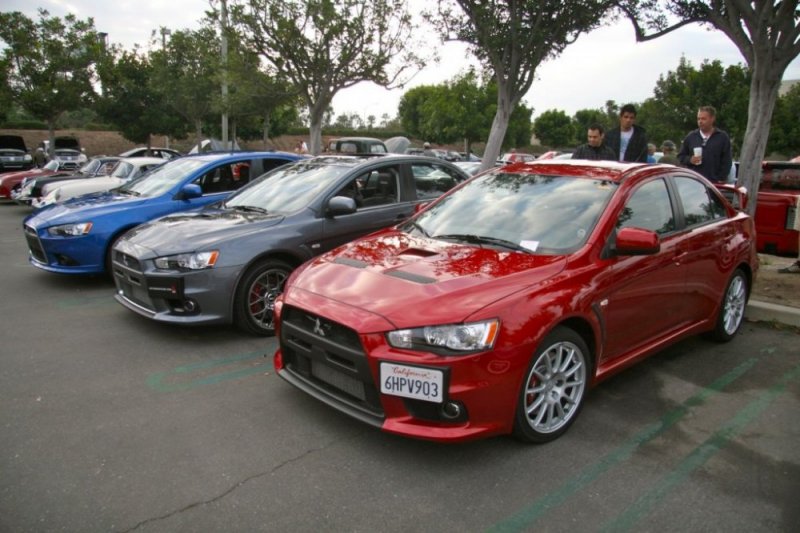 Already previewed Mitsubishi Lancer Evolution X is all set to roll in few months time. It has got the most technological engine under the hoods & take a look at discussion here for more details.

Renault is seriously fighting hard to build up its image in India. With the launch of Fluence, Renault will surely succeed in its attempt. This car is simply stunning & did you have a look at the sleek coupe like profile? 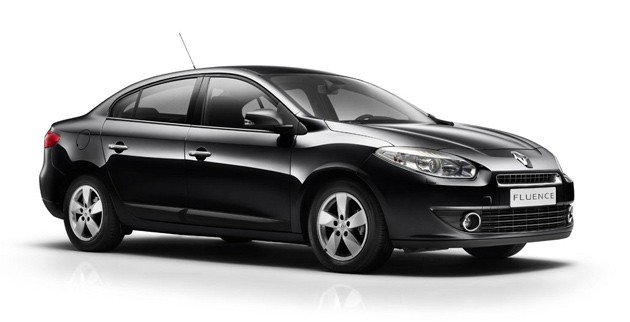 
After 25 years of Automotive Industry experience, Maruti is trying to try its luck in D segment. With its 1.9 Liter Multi-Jet Diesel heart Kizashi is set to steal Indian hearts soon. 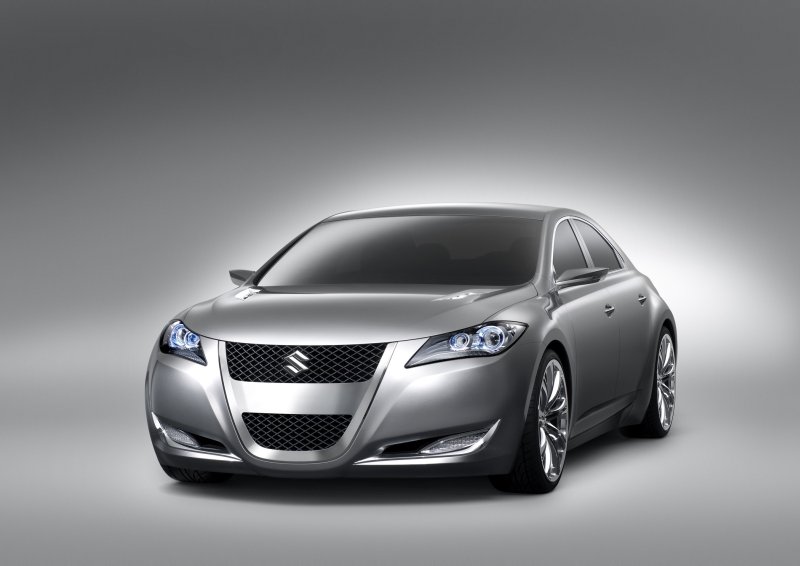 Kizashi will head-to-head compete with Civic, Corolla, Cruze & even with Fluence when launched. Can Maruti predict success in its un-invented territory?

Excellent thread, Zinam. The year 2010 sure has been very exciting till now, not only because of launches but also the new Emission Norms which forced automobile manufacturers to upgrade their models, so most of them have introduced facelifted versions as well. Keep that coming.

Due to BS IV norm there are around 10+ models which are relaunched with new engine & few touch ups.

This thread is going to really informative & you all will have lot of suprises too!!

Excellent Thread Zinam. Even 2010 was damn exciting for auto enthusiasts like us due to launch of so many new models, courtesy, the enforcement of BSIV norms. I guess with so many launches in 2011, i will go mad with excitement.
You must log in or register to reply here.