Last Murciélago Rolls Out - End of Another Legend?

Production of yet another legend comes to an end; Lamborghini has recently rolled out the last current-gen Murcielago hyper-car from the production lane at Santa Agata facility. This super-hyper car will however is soon going to get replaced by even meaner machine but the memories of this Murcielago will always touch the heart of enthusiasts whenever they think about it. Read the official press release below for complete details:

It is one of the most stunning and successful super sports cars of all time – the Lamborghini Murciélago. And that will always be the case, even if its production life has now come to an end. At the headquarters of the badge bearing the sign of the bull in Sant’Agata Bolognese, the last Murciélago left the production line on May 11, 2010 – headed to a Swiss customer. With “Arancio Atlas” paintwork, the LP 670-4 Superveloce proudly bears the production number 4,099. This makes the Murciélago not only by far the most-produced Lamborghini twelve-cylinder of all time, but also one of the world’s most successful super sports cars. The „end of production“ of the Murciélago was celebrated in the factory on November 5, 2010, with a special exhibition of the most iconic V12 cars of Lamborghini’s history, followed by a parade in Sant’Agata Bolognese. Supersportcars like the 350 GT, the Miura, the Countach and the Diablo escorted a Murciélago SV of the Lamborghini Museum during a symbolic “last ride” out of the gate of the Lamborghini factory.

“For almost a decade, the Murciélago was the icon of the Lamborghini brand, and it was enormously successful in the process,” says Stephan Winkelmann, President and CEO of Automobili Lamborghini. “The Murciélago embodies the pure, unadulterated values of our brand. It is truly extreme, uncompromising and unmistakably Italian. This already makes it one of the legends of the sports car world. But the Lamborghini story continues. In 2011, we will take a huge step into the future with the successor to the Murciélago – with the most innovative technology and, once again, truly stunning design.”

The Lamborghini Murciélago is a super sports car of menacing character and brutal power. And at its presentation in 2001, it opened a new chapter for the Lamborghini brand - with state-of-the-art technology and outstanding product quality, but most especially, with a new, timelessly modern design philosophy. To this day, the purist form of the Murciélago still exudes enormous sensuality. Broad and low, with a cockpit set well forward and a long, taut back – the interplay of its calm underlying form and razor sharp edges is unique, as are its vertically opening “scissor” doors. Augmenting the Murciélago is the Murciélago Roadster. With 640 hp under perfect control and no roof above – there is no more sensuous way to experience movement; every kilometer is a journey into the eye of the hurricane. As a roadster, too, the Murciélago knows no compromise. Its roof is nothing more than protection from the elements.

The extreme design was accompanied from the very start by phenomenal performance, razor-sharp handling and outstanding high-speed stability. The Murciélago has always been the ultimate driving machine for advanced sports car drivers. In its first generation, it featured a V12 with 6.2 liters of displacement and 580 hp, mounted longitudinally in front of the rear axle. In the second generation, the Murciélago LP 640, displacement rose to 6.5 liters and output to 640 hp. And even this was subject to further refinement – Lamborghini works tirelessly on the ongoing development of its models. This year, the arrival of the Murciélago LP 670-4 Superveloce - with output increased to 670 hp, weight reduced by a further 100 kilograms and an even hotter design - marked an impressive finale to the story of this super sports car. The performance figures for the Superveloce are nothing short of breathtaking – in only 3.2 seconds, the SV is catapulted to 100 km/h. Not until 342 km/h do power and drag call a halt to the proceedings.

With the construction of the Murciélago, Lamborghini demonstrated its extraordinary expertise in lightweight engineering and in working with high-tech carbon-fiber composite materials. From the very start, the structure of this super sports car has been a mix of extremely stiff carbon-fiber components attached to a steel frame – as in a race car. Center tunnel and floorpan are made from carbon-fiber, as are the majority of the exterior panels and many interior components. Lamborghini has significantly developed this lightweight philosophy for the successor to the Murciélago. 4,099 units of the Lamborghini Murciélago were built between 2001 and 2010 in Sant’Agata Bolognese – an impressive number, and not only in comparison to its predecessors the Miura, Countach and Diablo. Bearing the special production number, the final one to be produced is, of course, an LP 670-4 Superveloce, sporting a large rear wing and “Arancio Atlas” paintwork. The final car has been delivered to a customer in Switzerland. Even though many sports car fans around the world are sure to mourn the passing of the Murciélago, Lamborghini is ready to start the next all-new chapter in the story of the super sports car in 2011 with its successor – welcoming the arrival of a new automotive legend.. 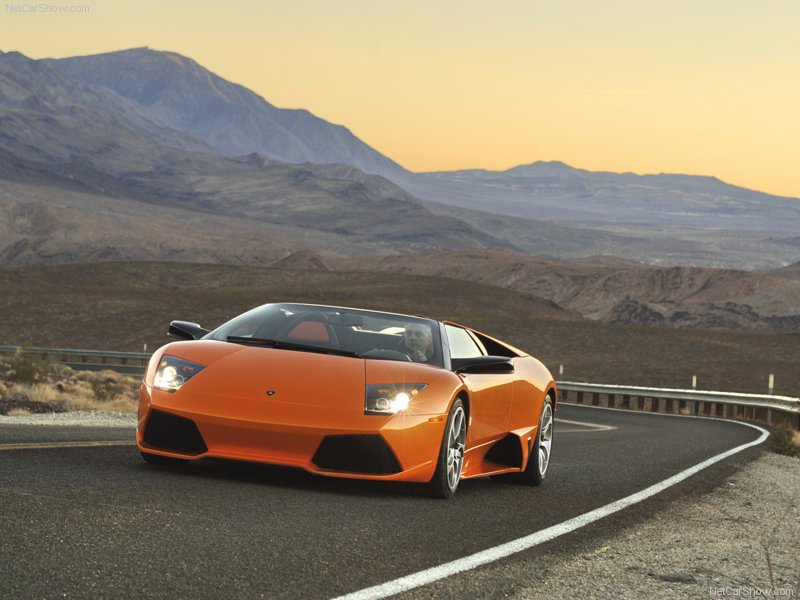 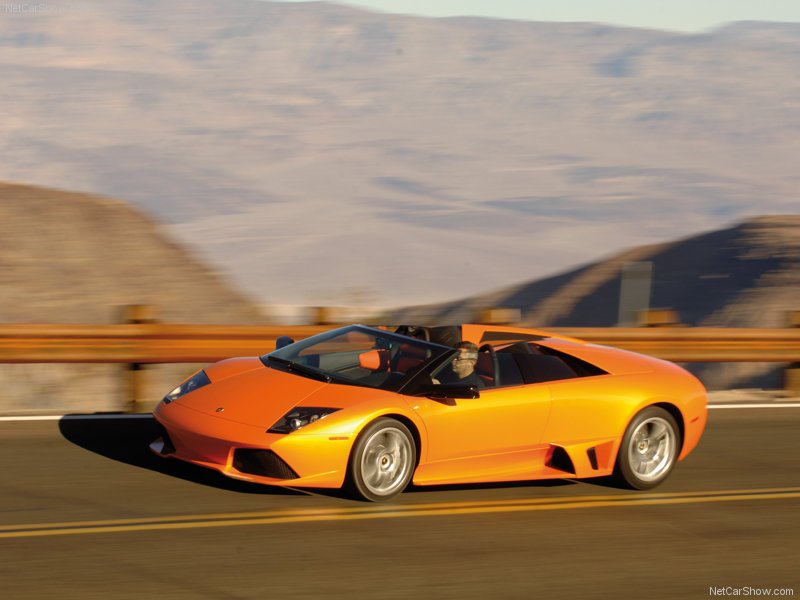 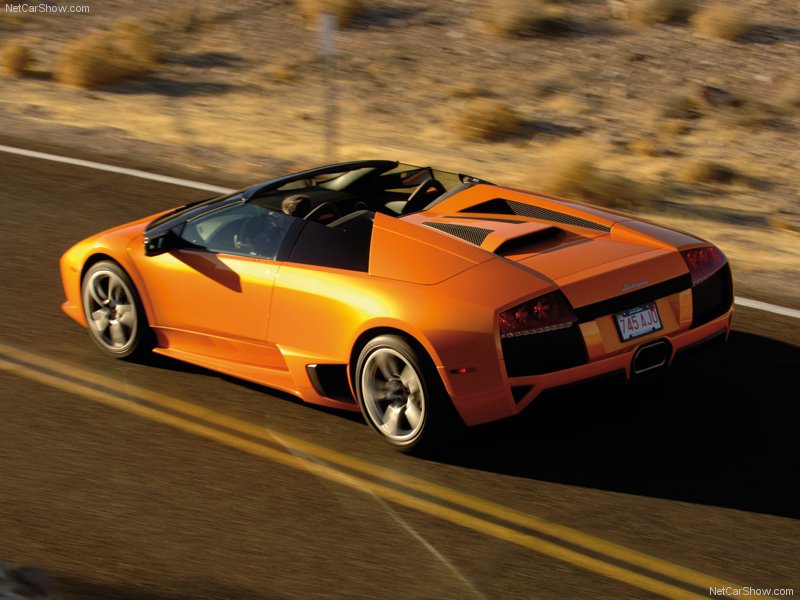 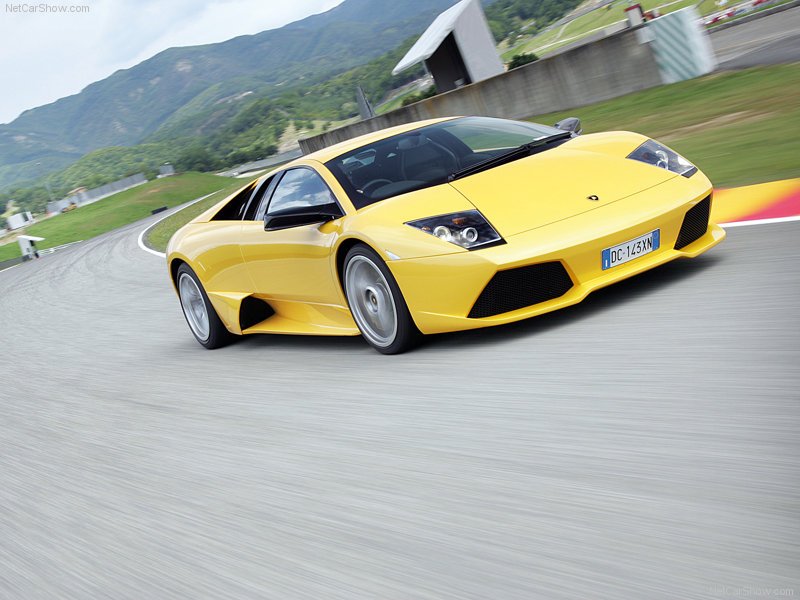 You will be missed.
T

it will be sorely missed indeed. i love this car and i hope the replacement is as good but it will be hard for Lambo to meet the murcielago standards!

Lamborghini Jota, the same car about which we discussed a few days ago, is most likely going to be the replacement for Murcielago: http://www.theautomotiveindia.com/f...-lamborghini-jota-murcielago-replacement.html

No ways... Damn! I had booked a orange Murci for grocery shopping! I will cancel my booking as i dont want to be seen in an outdated car.
T

type-r said:
what the heck are u talking about? murcie for grocery shopping?
Click to expand...
Yo! I have a Bentley for normal drives & panning to book a veyron for small knick knacks... So whats the big deal?

The Jota is not looking even half as good as Murcielago!

Well, I never realized the Murci was so long in the tooth. I guess I will eventually pick up a 1/18 scale model of it, as a parting gift.

The legend has died. Aventador is more of an R8 on steriods. Miss you old school lambos
You must log in or register to reply here.