Kawasaki Versys 650 Steps Into India For Homologation; Launch In 2015.

Competition to the Ninja 650 until recently, came from the newly launched brand Benelli, in the form of the TNT 600 GT and this Italian motorcycle is completely touring oriented, equipped with a very powerful four-cylinder engine. Kawasaki has not taken this move lightly and is planning to launch its touring Kwacker, the Versys 650 in India. 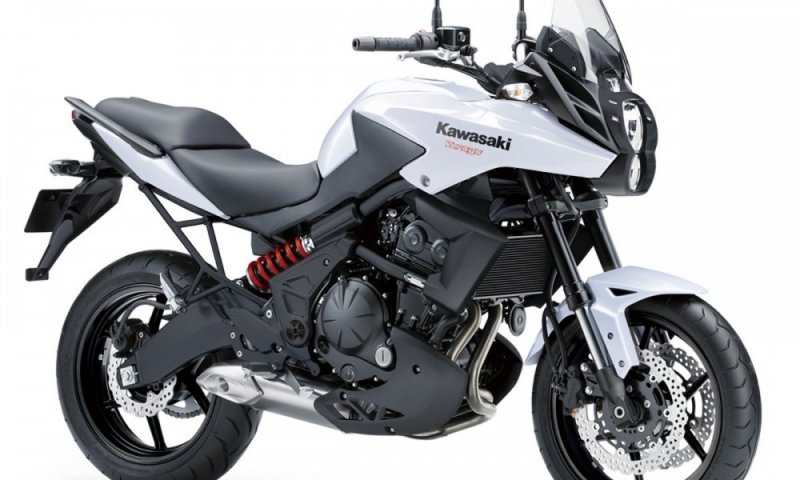 Now Kawasaki has imported from Thailand a Versys 650 for homologation purposes. This means that the Japanese manufacturer could soon be launching this new model in India.
The Versys 650 is a very comfortable motorcycle featuring a huge windshield, which is height adjustable; raised handlebars for an upright position and a big seat for the rider.

The Kawasaki Versys 650 is powered by a 649cc, parallel-twin, four-stroke, liquid-cooled fuel-injected engine. The engine uses a DOHC, 4-valves per cylinder layout. The bike produces a maximum power of 68.1 BHP at 8500 RPM and 64 Nm of torque at 7000 RPM. It is the same engine that does duty on the Ninja 650 and other cycle parts are also common. The other siblings of the Versys 650 include the ER-6n and the upcoming Vulcan S.

Kawasaki Versys 650 Steps Into India For Homologation; Launch In 2015 - AutoColumn
You must log in or register to reply here.