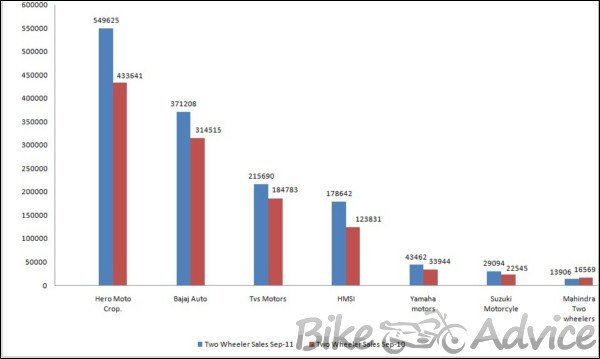 Three Wheeler:
The company sold 2,706 units of three wheelers in November 2011 against 3,159 units in the same month of the previous year. Cumulative three wheeler sales for the period of April 2011 to November 2011 grew by 21% with sales of 29,524 units compared to 24,363 units registered during the same period of the previous year.
You must log in or register to reply here.