Hi all,
This is my first ever review in the forum and I must say am really looking forward to seeing it get published in the forum. This is slightly delayed review as I was busy with work.

I got the new Fluidic Hyundai Verna SX model 1.6L CRDI. The color is carbon grey (All credit goes to Nick as his thread got me all hooked to the color). I got the Verna in the first week of March for about 10.30 Lac on road in Kolkata, after waiting for about 3 and half month as I booked the car in October 2011. During the waiting period I did have a second thought of going for Honda City but now when I look at the petrol prices I always think that waiting for the Verna was indeed a good idea.

I have been using a Maruti Swift since 2006 and it has been an amazing experience. The car had almost done 55k in 5 years and we were planning to buy a second car for our family.

As I have enjoyed the drive, comfort, solid feel, phenomenal mileage & abundant power of the Swift so the new car had to be at par if not better. I was clear about that, having the Maruti car for a while & having gotten spoilt with the build & ride quality.

I started looking for a car from March 2011 with a budget of approximately 10L in mind. As prevelant with all buyers in this segment, there were numerous choices and each and every member of the family had their own say. While my brand conscious sis was all crazy over the City, my dad wanted the spacious SX4 while I was confused between the Linea, the new Verna and the Vento.

Our first dilemma was do we go for a Petrol or should this car be our first oil burner. My dad being the sensible of the lot said ‘Diesel its going to be no matter how much kilometer we run’ Over the past 4 years since I started driving full fledgedly I have covered approximately 50k yes the car just drove 5k in the first couple of years. So my average running came to 1000-1200km, which include all personal driving that included going to college, tuitions, and going on ride with friends.

That sorted, the answer of Diesel or Petrol and Diesel was the winner.

One fine Sunday morning, my Dad, Cousin and I left for a TD of the cars. We thought of going to all the showrooms and decide which one it will be.


1. Tata Showroom:- The Manza was the first one out. The TD car was just terrible. The clutch was hard, had trouble in putting the gears too. The engine noise was quite audible.

Then saw the Linea. I always loved the T-jet engine. The looks of the car was just WOW. Good ride quality, spacious back seat. But dad wasn’t too keen on buying this car being a FIAT and after hearing lots of horror A.S.S stories.

2. Honda Showroom: - The best service we got. The sales person came running to us with a smile and was patiently showing us the CITY and within minutes we were in the TD car. The car being almost 4 years old still looked pretty amazing. Price had been reduced recently but that still dad wasn’t quite happy enough to go towards the Petrol City. A facelift is due soon as well kept me from arguing much.

3. Maruti Showroom:- Already had a talk to SE and booked the SX4 test drive. To be true I wasn’t happy knowing that maruti using the same DDIS engine for Swift, Dzire as well as SX4. The car was smooth till 60km/hr but engine became quite audible after that. I didn’t even like the interiors much which looked almost same to my Swift.

Now, the final 2, the Volkswagen and the Hyundai

4. Volkswagen Showroom: - Vento was good. Driveability was great. Was slightly more expensive than the Verna. The gear shift is excellent and the Drive felt the best of the lot. Looks wise, it was simple yet classy!

5.Hyundai Showroom :- The last car we TD'ed was the Verna. And man, if looks could kill, this was it! Fluidic concept was mind blowing. Loved the curves and lines all over the body. The features list was impressive and the SX version was going to send us back by 10 lacs. The TD felt comfortable over the pothole riddled roads. Reviews from different sources did mention the poor handling at high speeds but I had never seen myself go over 110 kmph in city and we have absolutely 0% highway drive

So after a lot of discussions, it was the Verna that stole our hearts. Hyundai A.S.S has always been great with us which scored another important point over the Vento.

Initially we were planning to take out the car during Dhantaresh which is considered pretty auspicious in our religion but that meant the car had to be booked in June – July as the normal waiting period was quoted by the dealers were 3 to 6 months, but due to some financial problem we couldn’t book the car before September. So, dad thought of booking the car on Dhantaresh.

I started calling all the dealers in Kolkata asking about the waiting periods. Austin Hyundai said the waiting period was 6 months. Bengal Hyundai didn’t even bother to say a specific time period in which they can deliver the car. The most shocking answer came from Silver Hyundai ‘Sir!! Due to huge demand of diesel Verna we have stopped taking the booking as of now.’

Was real scared after hearing all the dealers, called Mukesh Hyundai asking about the waiting period of the car and the SE said 3-6 months and we are taking the booking. We rushed to the showroom with the cheque book even though it was 8p.m and their official closing time is 7.30 p.m. I had already called and told the SE that we are on our way and we want to book the car today itself. He said,” No problem Sir, you come I will wait.”

We reached approximately at 8.30 p.m and the S.E guy was the only guy in the showroom who was patiently waiting for us. Gave him a cheque of 1 lac and was pretty satisfied that finally we had booked the car on the day we wanted to.
Kudos to the S.E of Hyundai for this behavior.

• The 1.6L CRDI is a well refined engine
• Very less turbo lag
• Feels like the car's speedo can keep on going
• Smooth Six Speed Manual Transmission
• Rear Parking Camera video in the Rear Visor & Parking Sensors
• Spacious rear seat leg room especially compared to the Cruze
• Neat audio system with integrated bluetooth for Mp3 play, Phone calls
• Very big trunk for luggage storage
• Sturdy alloy wheels and tyres
• Fluidic design looks great and the stance the car gives when its parked is burly
• Smooth clutch lever with dead pedal
• The Steering is much much better than that of the i20, super smooth, but obviously not great in high speeds
• Noise isolation from the engine is really a class ahead
• Map lights, Reading lights
• Neatly integrated Wiper wash in front windshield
• Height adjustable seat belts
• Texture feel, carbon fibre look, on the dashboard looks cool.
• Speedo, Tacho lights are always on and it looks really neat.
• Cable to connect iPhone or iPod to the music system comes with the car and not as extra

Things I don't fancy:
• Steering adjustment only in height
• After a point of use, features seem less than anticipated
• Slight body roll
• Headlights are not that great as with most Hyundai cars
• No chrome in the gearbox as in i20
• No tips & tricks like in i20. In i20 Radio's region can be changed to enable RDS, Speed sensing auto door locks can be enabled using G-Scan, etc.
• No illuminated glove box
• No sunroof - seriously a let down from Hyundai
• No auto-up in driver side window; only auto down (A big turn off for me.)
• The paint writing in the long knobs on either side of steering to control lights and wipers look really cheap
• SX (Option) model with only leather seats, side airbags, push button keyless start is 2.50 L more than SX. Not really worth it.
• Wooden trim in the interior does not add to the appeal of the car
No trunk-only open button in the key fob like in i20
Last edited: Jun 27, 2012 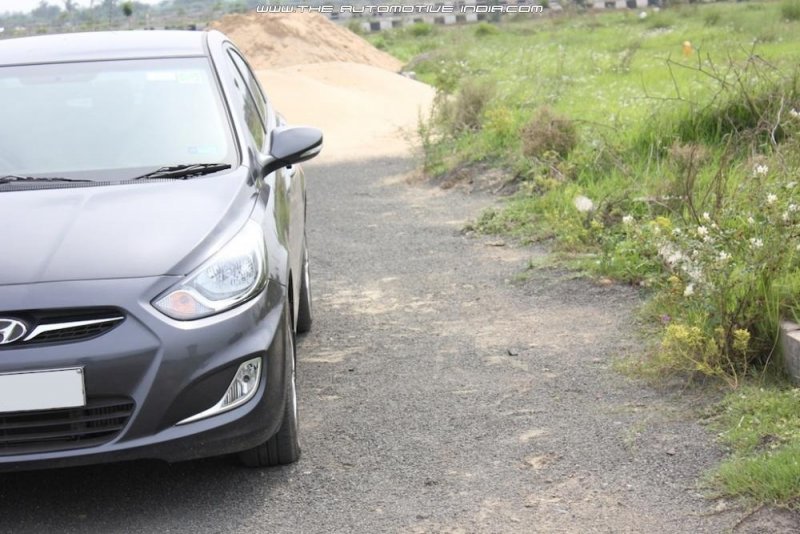 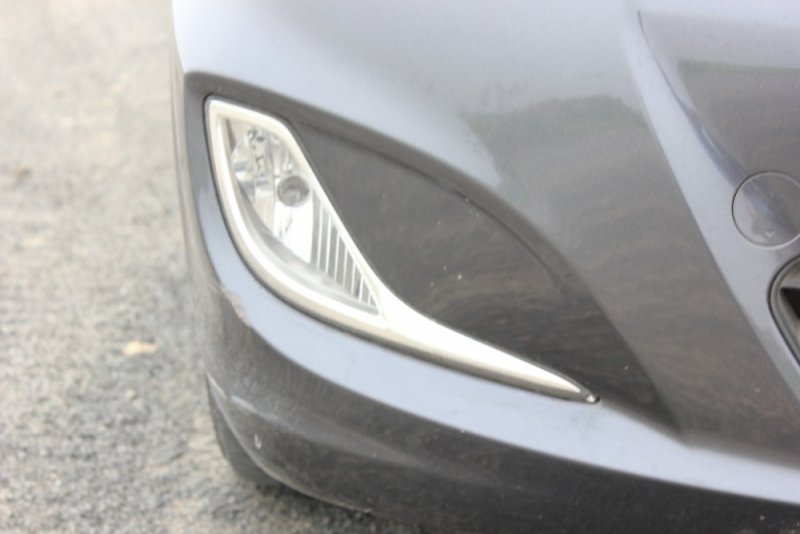 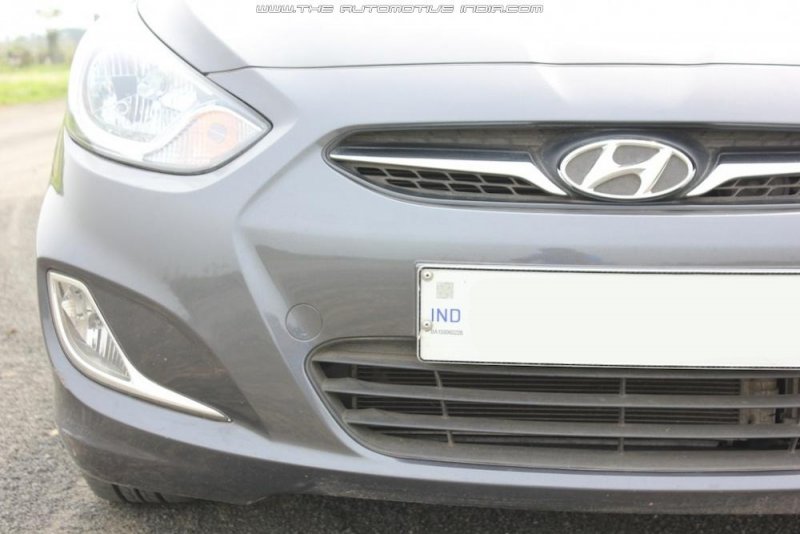 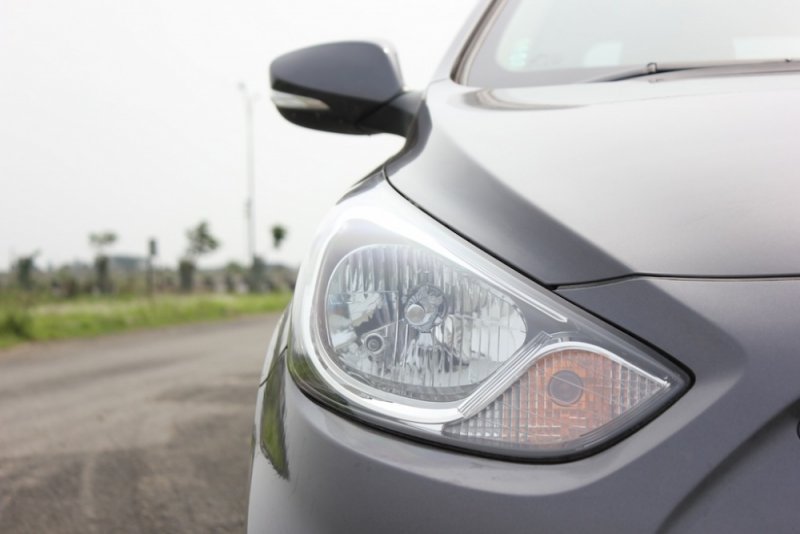 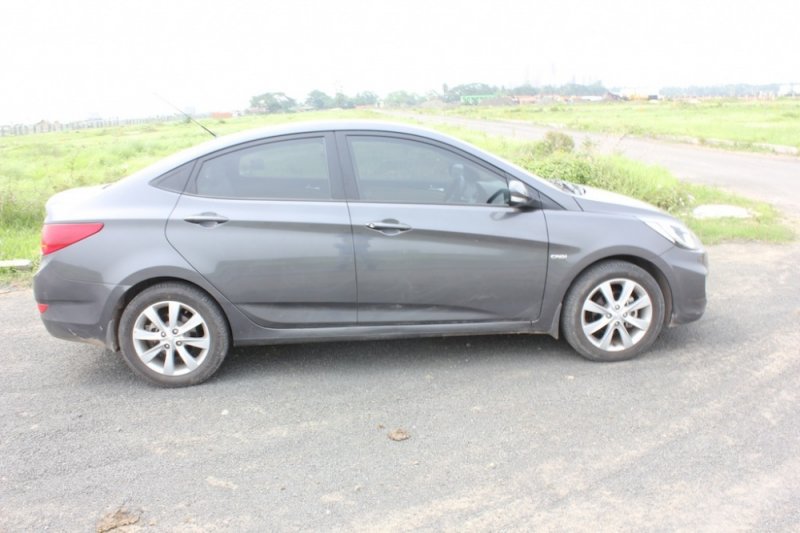 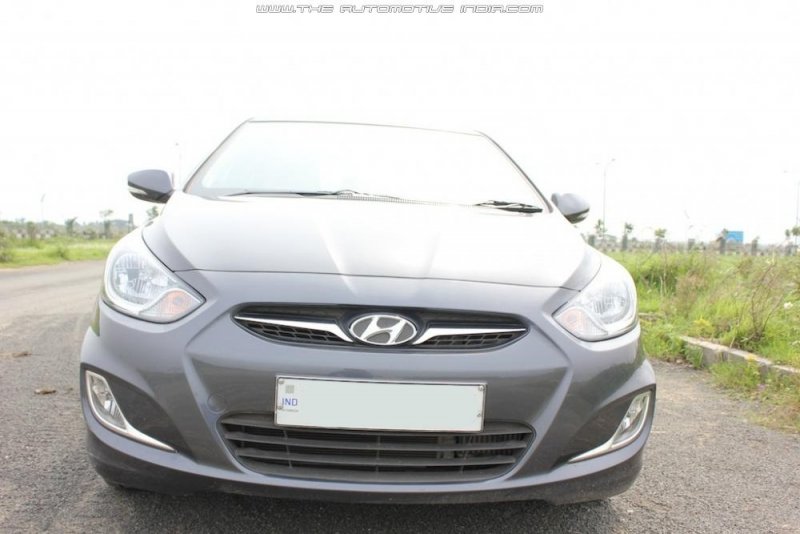 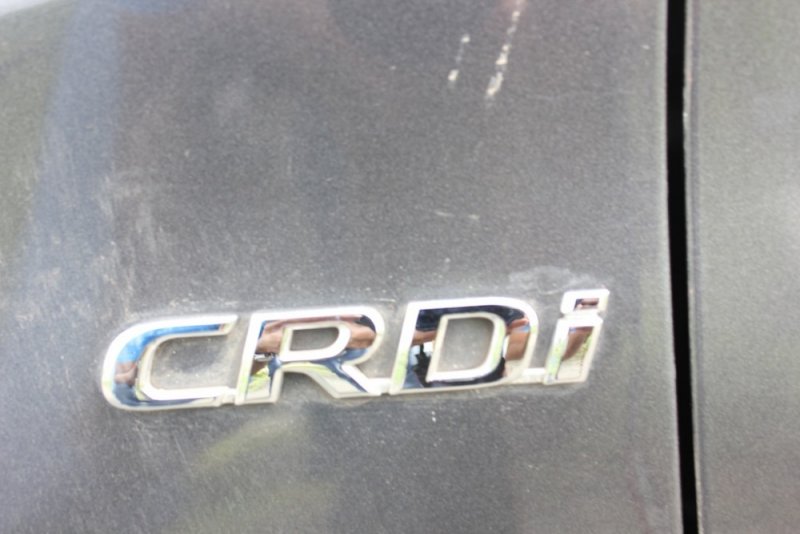 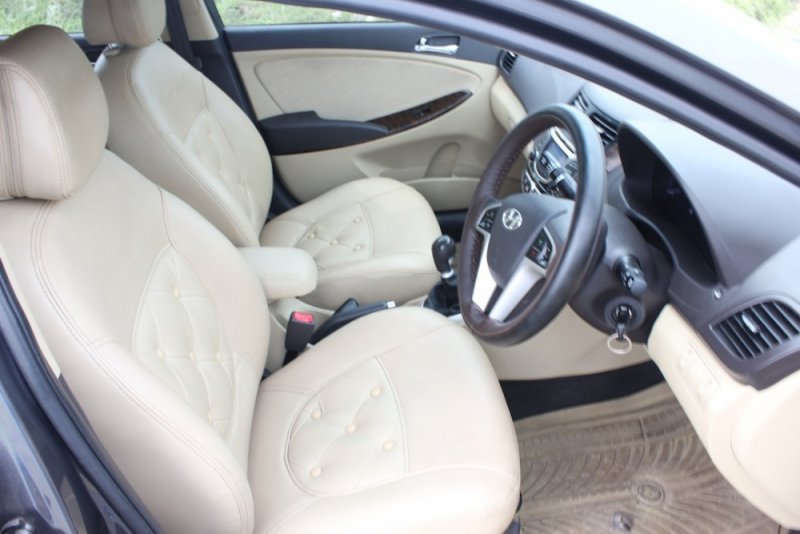 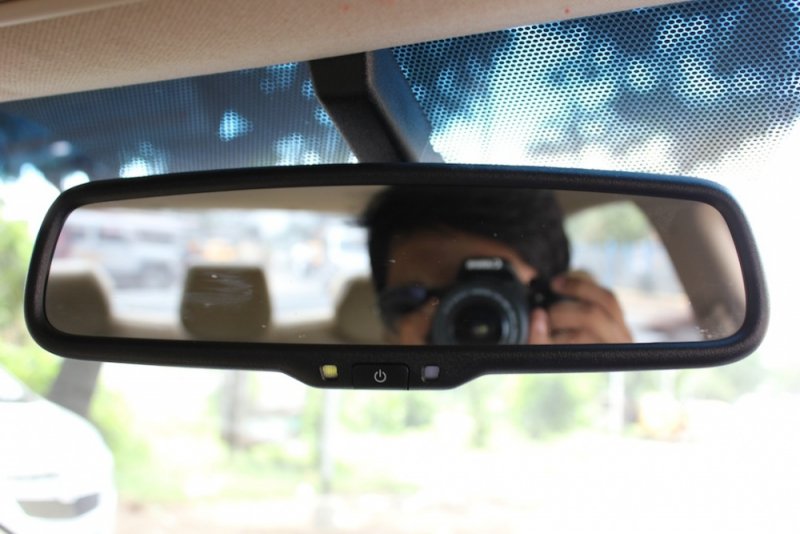 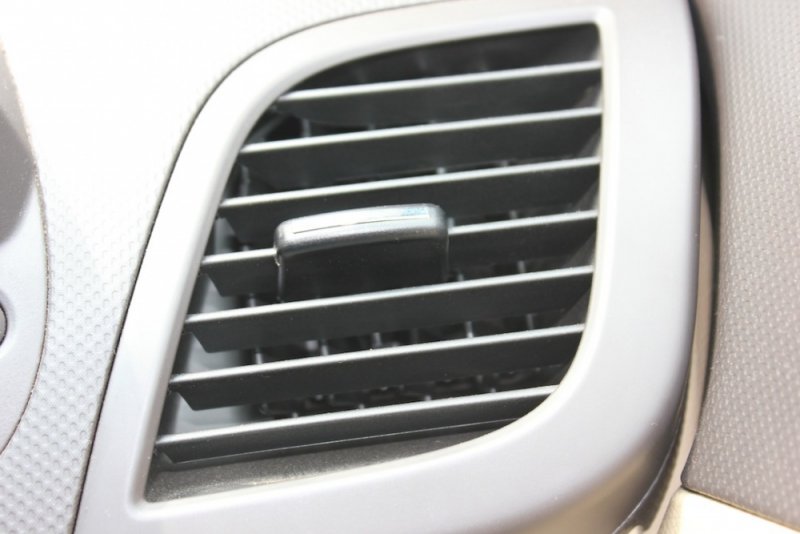 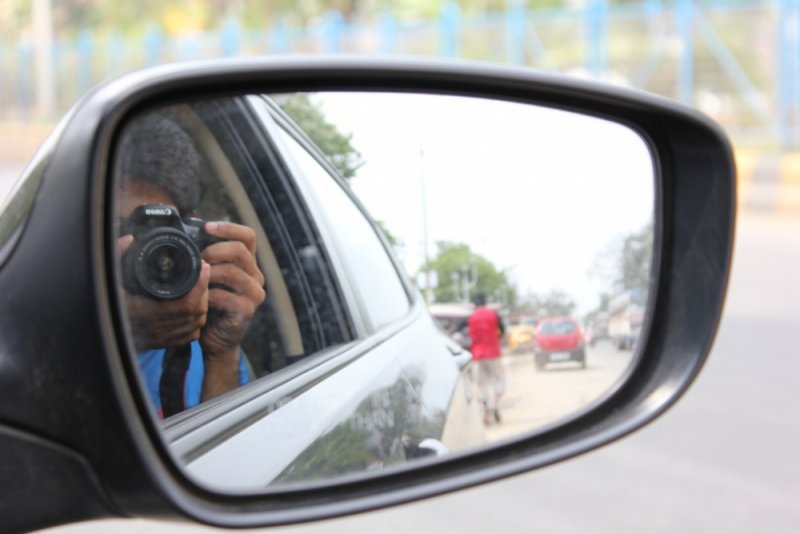 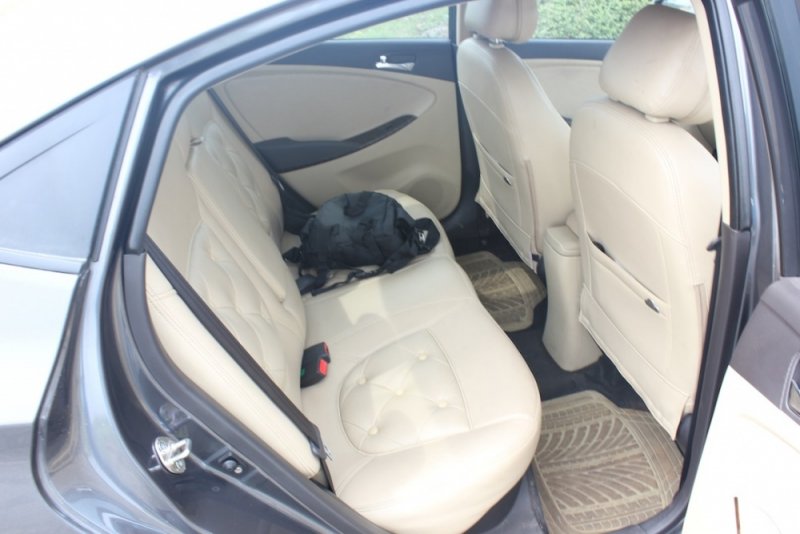 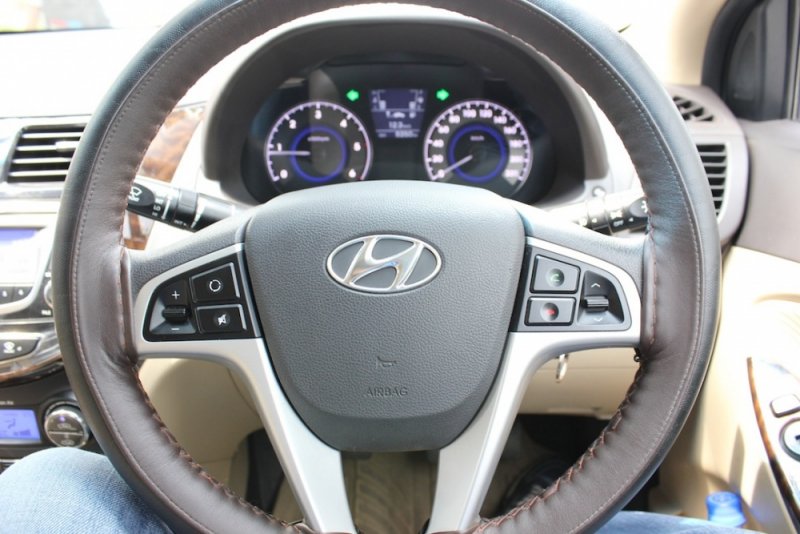 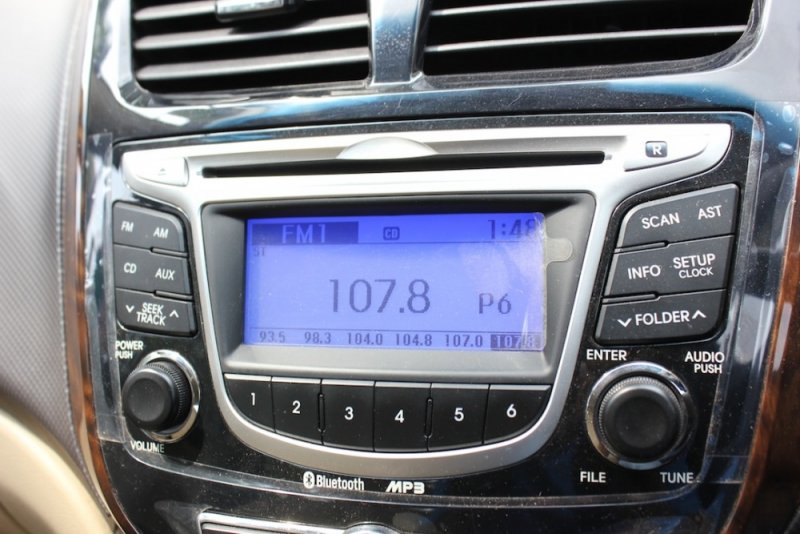 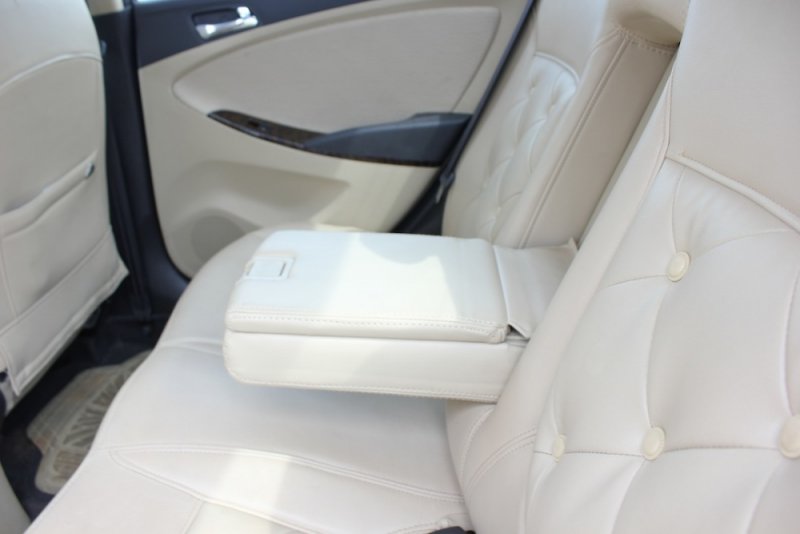 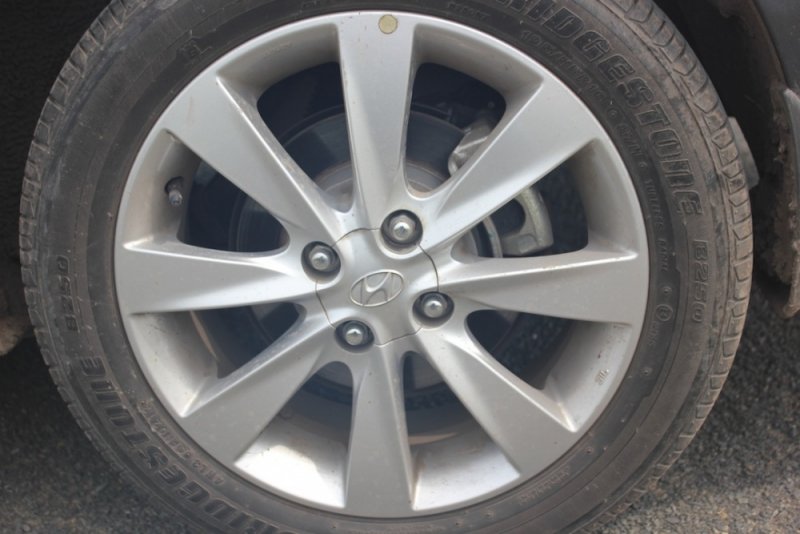 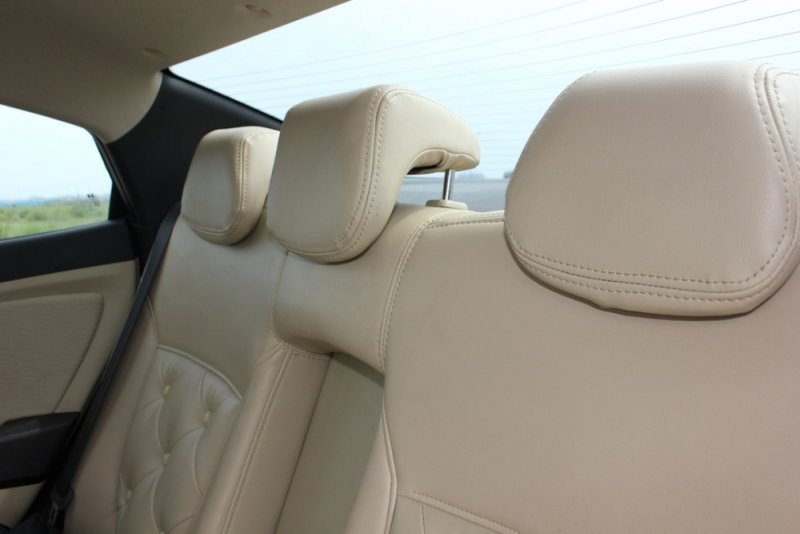 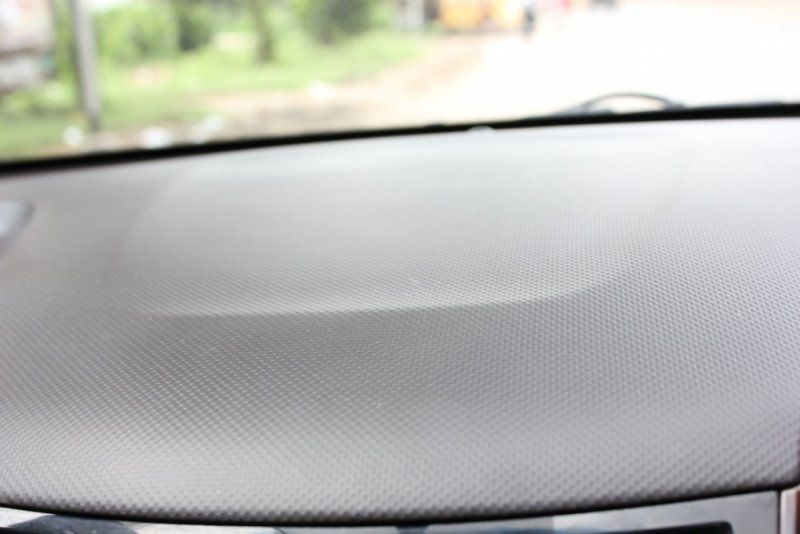 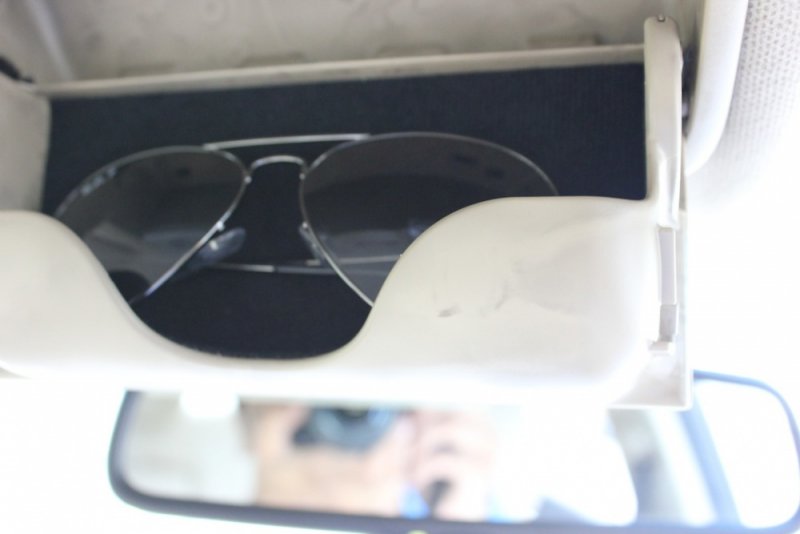 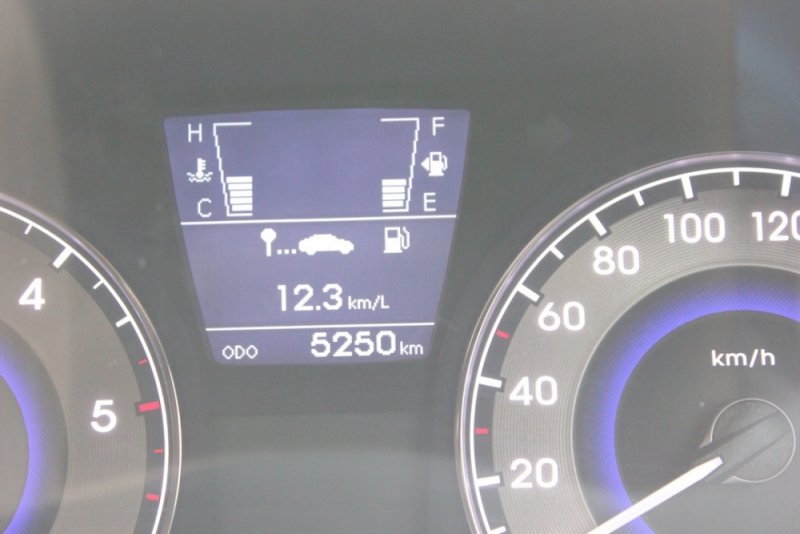 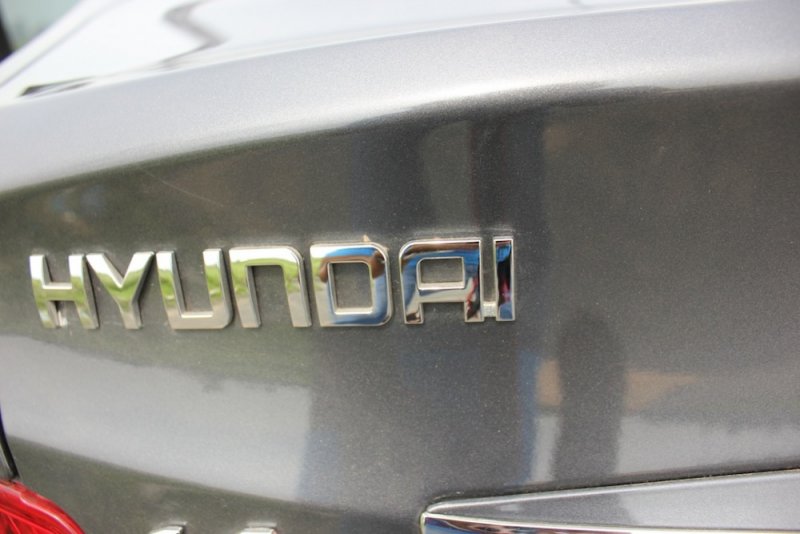 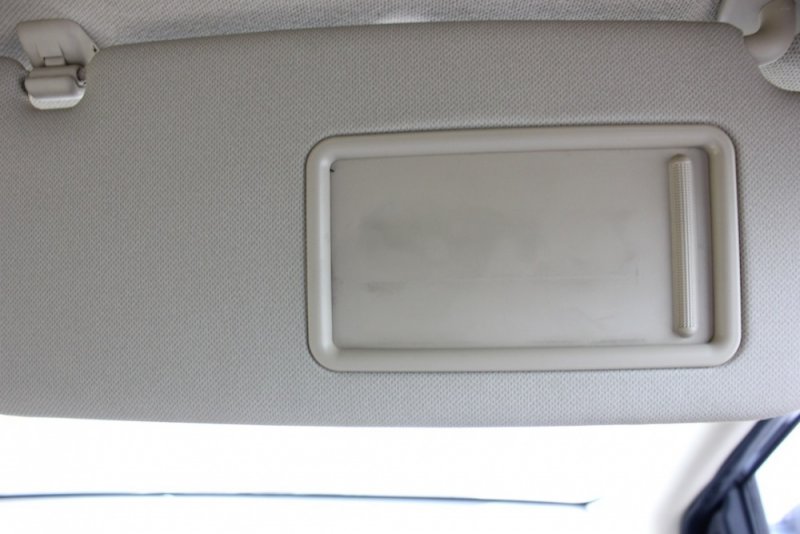 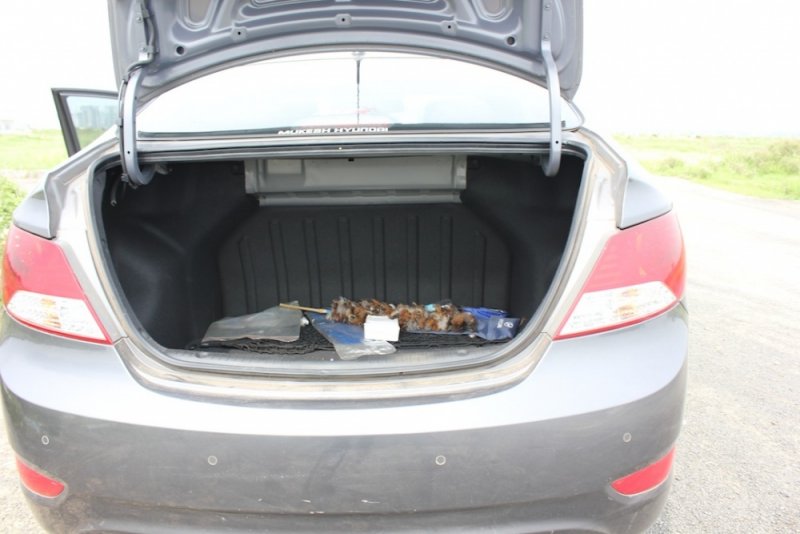 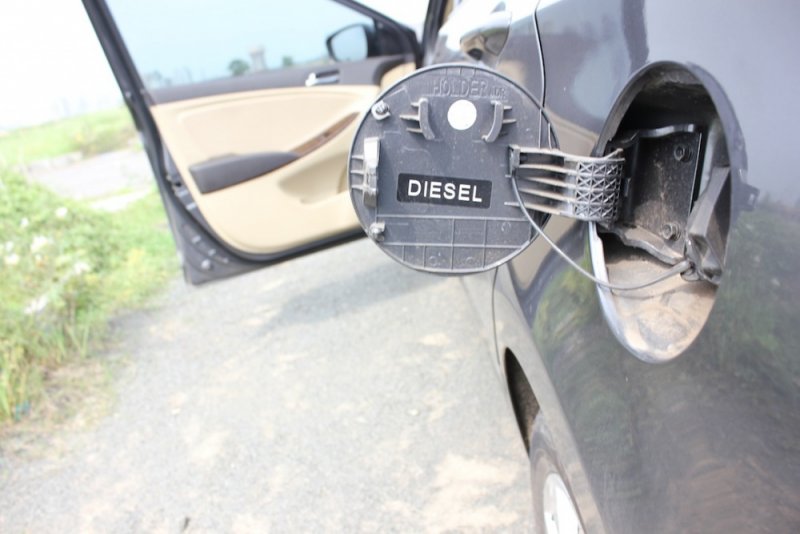 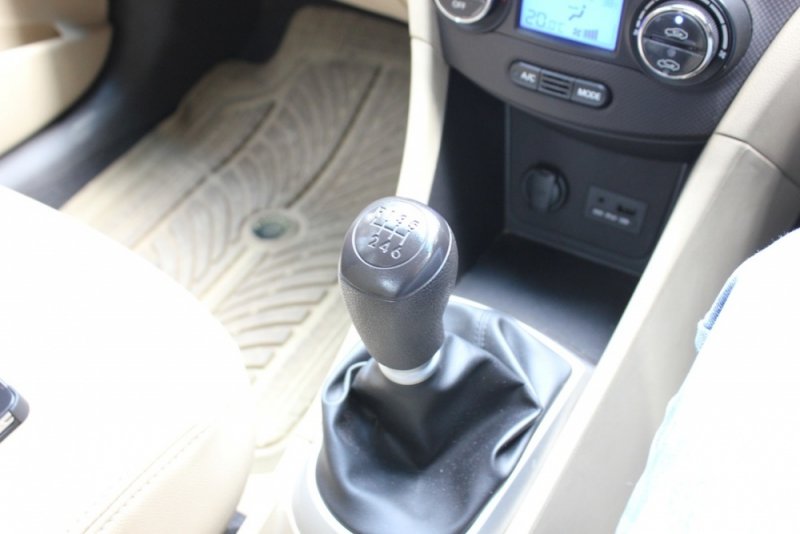 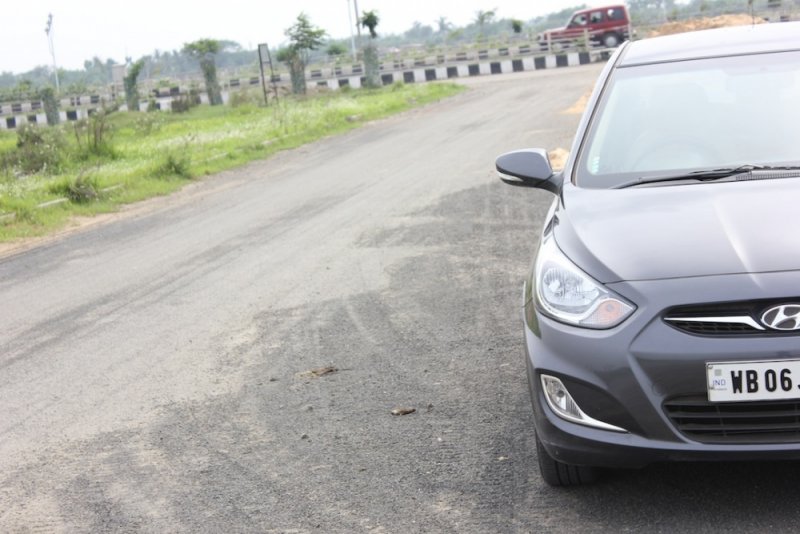 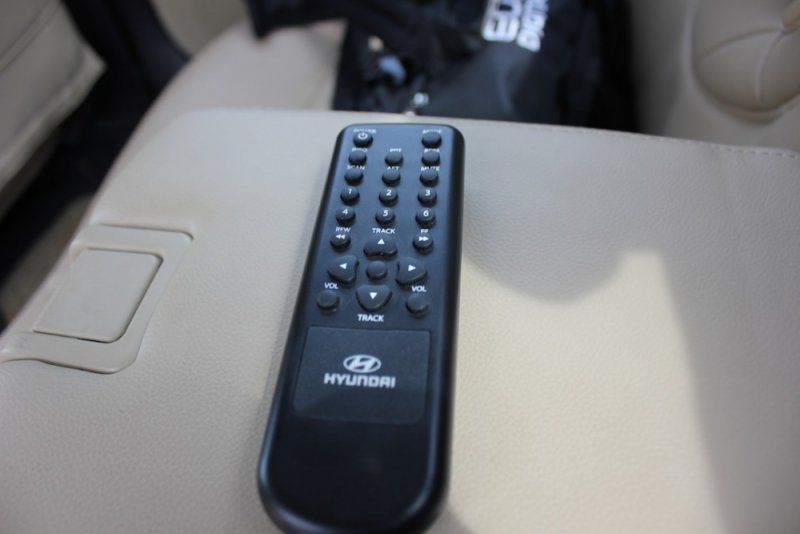 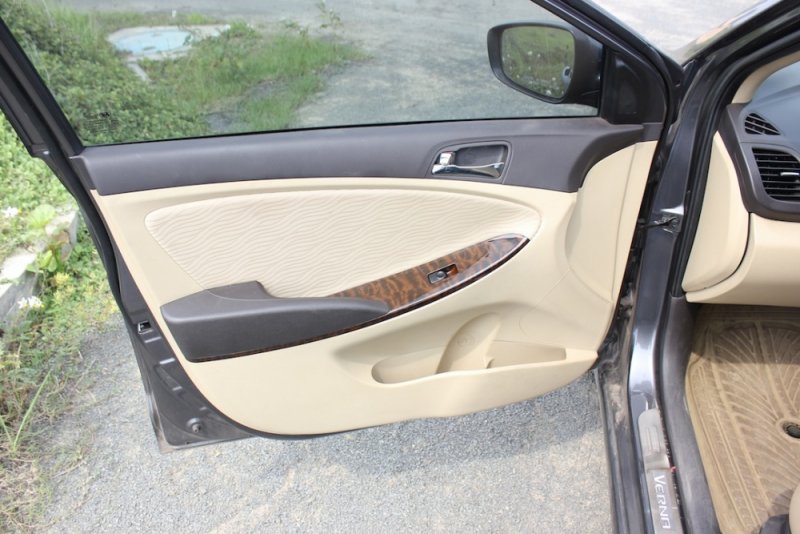 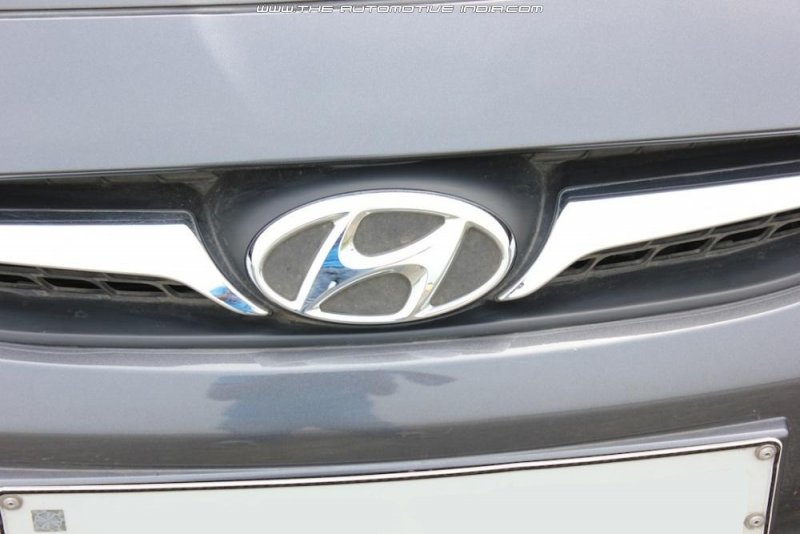 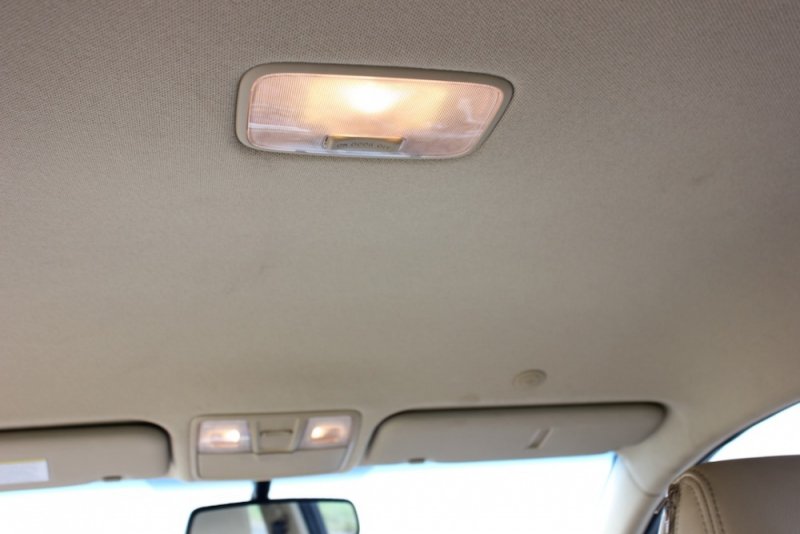 AMIT AGARWAL said:
This is my first ever review in the forum and I must say am really looking forward to seeing it get published in the forum. This is slightly delayed review as I was busy with work.
Click to expand...
Congrats on Verna Fluidic. It seems that fellow owners have missed this thread. Otherwise, I’m sure it would have turned into pages long in no time. Your seat covers look fantastic and match well with those interiors. By the way, are the registration plates actual HSRP?

Congrat's on new Verna, Verna is the best looking C segment car you can buy in our country right now.
G

Aaaha one more thread on Fluidic!! How could we miss this.
Well congrats Amit for having the hottest car in its segment and also having the not so common color other than White. Good to know that you are enjoying the car and wish you happy miles with this beauty.

So whats the FE you are getting? I am not getting more than 13kmpl in my CRDi SX.

Congratz on the verna AMIT ! Carbon gray is my fav colour after white. After living with my verna for 6 months. I have realized those beige interiors are very hard to maintain! specially the fabric on door pads.
@gears, you will get high mileage under optimum conditions only (hyundai service center told me this).
The other day i read autocar india's long term hyundai verna review. They had stated they their verna gave a mileage of 12.5 in city. And It was ''very good mileage'' according to them.

How do you find the service Quality and the cost from Hyundai for this particular model?

Congrats Amit. Have good times with your ride.

One more verna. I guess verna would be the fastest added car here on TAI

Congrats on the new Verna . So actually how much was your waiting perioud . I have a White Crdi SX and i waited 4.5 months for it . What was the total onroad price in west Bengal , as far as i can remember i paid around 10.7 lackhs which included extra warranty and better insurance etc .

Many congrats Amit. The verna is always stunner. What i like about your verna is leather seats and leather covered wrapped steering wheel. Please tell me whether it is original leather or artificial leather. How much does it cost to you? Whether it is branded ot made as per your requirement.

Congratulations Amit and welcome to the Verna club!!

Congrats for your Verna Amit, that was a well written review and in the photos, your verna is beautiful. Is that an aftermarket steering cover?

Please do share also about maintenance/service since you have touched 5k kms.
You must log in or register to reply here.