Hybrid Honda tries to be hip 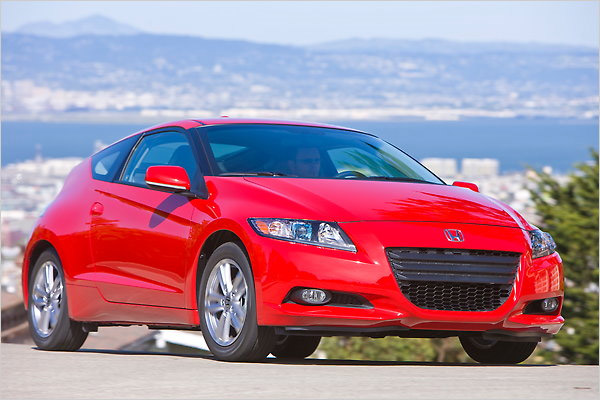 When Honda showed the CR-Z concept car at the Tokyo Motor Show in 2007, it appeared alongside some of the wacky Japanese design exercises that the biannual show is known for. One difference between the CR-Z and the Nissan Pivo 2 (with a pivoting cabin), the Toyota Hi-CT (with styling akin to a shrunken Zamboni) and other flights of fancy is that the CR-Z actually goes on sale Aug 24, looking pretty much as it did on stage. 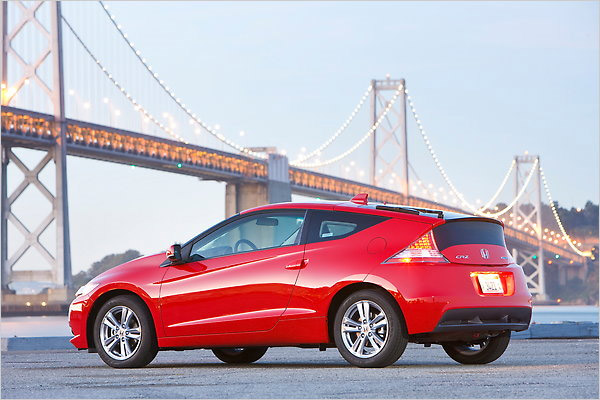 A sharp wedge, it has an expansive glass rear hatch that seems to extend half the length of the vehicle, almost as if someone chopped a car into thirds, pulled out the center section and fused the two ends together. 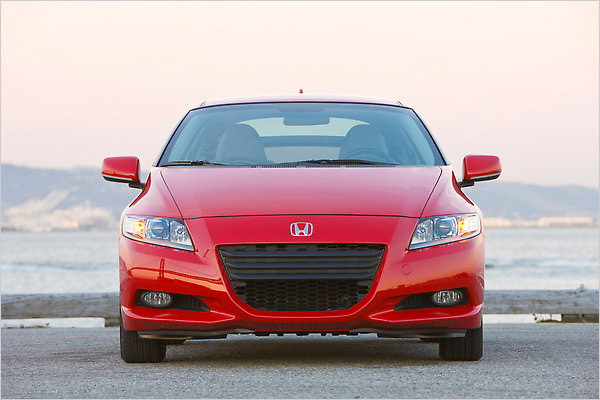 A gaping grille makes the car look like a feeding goldfish 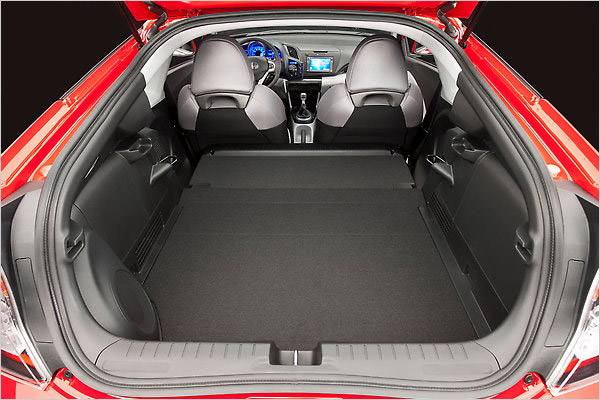 Honda clearly intended the CR-Z to evoke warm, fuzzy memories of its CRX, a vaguely similar two-seat slice of hatchback that Honda sold in the 1980s and early '90s. With the CR-Z, Honda is also targeting a young demographic with what it says is a first: a sporty, fun hybrid 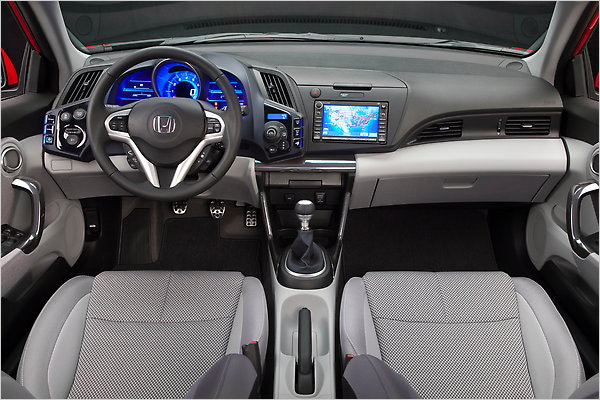 The dashboard display is concentrated on a circle that projects the speed with a 3-D effect. A ring of light behind the digital speedometer ranges from neon green (when the car is in its efficient Eco mode) to bright red (when it's in Sport mode). 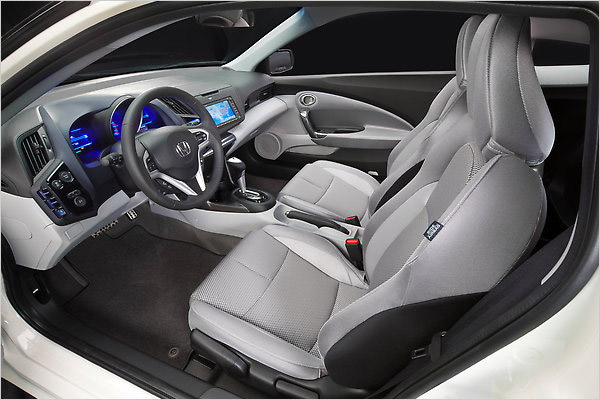 By hybrid standards, the CR-Z is a fairly zippy ride. Honda says the car can go from zero to 60 miles per hour in 10.1 seconds or less 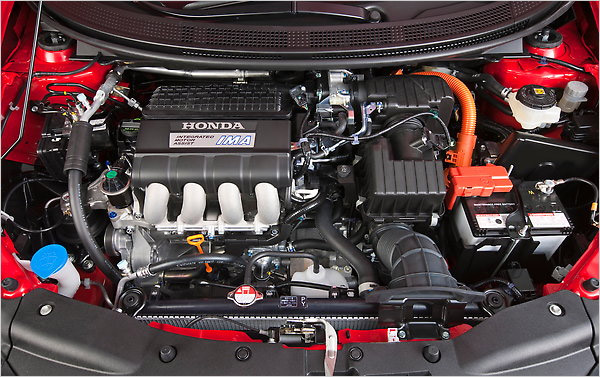 This is essentially the same mild-hybrid system used in the Insight; unlike the Prius, which has a more capable full-hybrid powertrain, the CR-Z cannot be propelled by its electric motor alone. 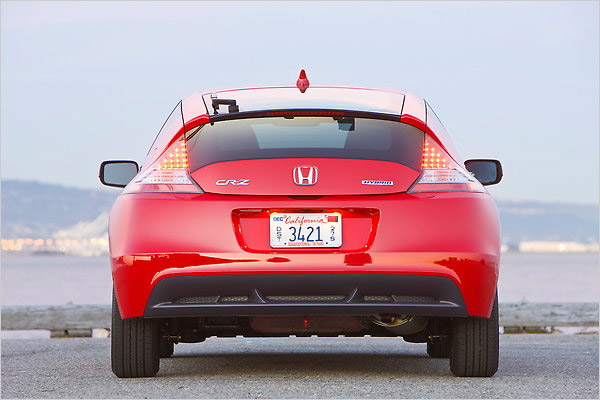 The new CR-Z gets 34 mpg with a 6-speed manual transmission or 37 with a continuously variable automatic. 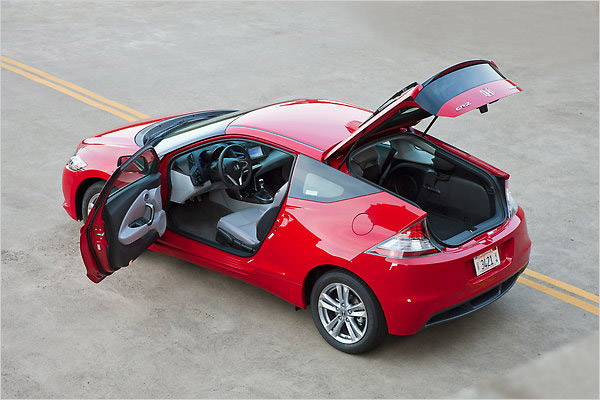 In Eco mode, the CR-Z conserves fuel by relying less on the gas engine. As with most hybrids, there is a display that shows your fuel economy level. There is also a guide to help you time your shifts for optimal fuel economy. There is a meter for the battery charge level and a display that shows when the battery is being charged and when it is providing an assist to the engine. 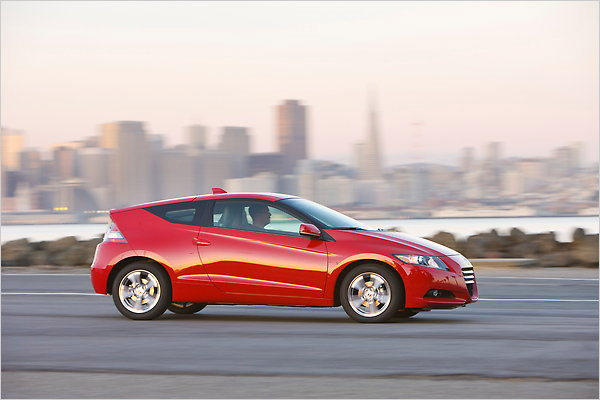 On the road, Eco mode makes for a laborious driving experience. The CR-Z barely registers a pulse, especially on the highway. It doesn't matter if the pedal is to the metal; the car feels as if something has gone wrong. Fortunately, Normal mode seems, well, more normal.

Hondas are always good with their car's interiors.

Looking great , thanks for all the specs and review Bala!
You must log in or register to reply here.