the CR-Z hybrid car to be displayed at the expo next week will be launched in Japan in February 2010.

The CR-Z will have a transverse engine platform and will be powered by the same 1.3-litre, 94bhp petrol engine that powers the Civic Hybrid. The battery-driven assistance should boost its total power to around 130bhp and close to 20kgm of torque. The car should hit 100kph in under 9.0 seconds.

The design looks really good. Will it be a premium hybrid hatch ?

It is still a cocept car. Since it is going to be shwon in delhi auto expo, hope we will have some more update.

I must admit CRZ is a looker, Yes it is! I would call it just another technology laden and a well designed hatchback from the house of Honda. Pictures from Auto Expo - 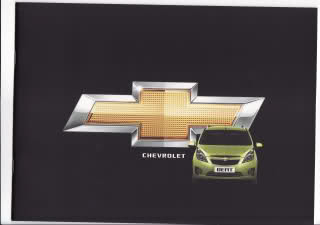 Killer lamps!!
Honda though does have a history of keeping a product car pretty close to the concept.
Can only wait and see!!

Yeah..and note that flat roofline, It has genes of a cross-over.

Had seen this car's interiors in some mag,they are brilliant.Futuristic even when compared to today's civics.
A

The design indeed have a great look from side and rear.the flat roofline which also contains the boot-lid in it is a good out-of-the-box innovation.the rear bumper with that cool lower-end diffuser is looking very catchy.

Vibhor the side view have little bit similarities with nissan 350z.The 18''(most probably as it looks) is looking great in those alloys.The front headlamps have similar designs like the last but 2nd type of CITY.So Honda is also getting into the same lane with other automobile manufacturers ,in getting inspired by AUDI design, for the CRZs front grill section.

Check out the Honda's CRZ "Live Every Liter" Campaign by their European Division.
"Live Every Litre" is a collaborative project between Honda and Swiss filmmaker Claudio Von Planta. Von Planta, the man behind Ewan McGregor and Charlie Boorman's Long Way Round motorcycle series, wants to put real people behind the wheel of the CR-Z on their own road trip.

Cameras, mounted around the car, will record the entire trip. The footage will then be edited into a feature-length film. The trip will take place in May, shortly before the CR-Z European market launch.

The promotional video, shot from the perspective of the driver, begins in the garage of a typical American subdivision. The driver embarks on a "Choose Your Own Adventure" type of road trip, ultimately winding up at a crossroads in California's Lucerne Valley.

"Routine Bores Me" Nice way to get into new!

This video just bring back all the memories of NFS Series!
T

They have launched this in Bangkok for some time already- about 1-2 months.
A

type-r
Please shed some light on specs and prices?
Is this the replacement for civic type-R?
T

no way it is replacement for Civic Type-R.
this is not too fast. It is just a hybrid but a coupe body.

hey type-r like AMG said please post some specs and pics and prices also! does it looks different from concept one??