Kia Motors India has appointed Hardeep Singh Brar as National Head of Sales & Marketing with immediate effect. Prior to this, he has held senior positions at Maruti Suzuki, Volkswagen, General Motors & Nissan.

Dr.Anish Shah will be the new MD & CEO of Mahindra w.e.f 2nd April 2021 as Dr.Pawan Goenka retires from his current role. Additionally, Mr.Anand Mahindra will transition to the role of Non-Executive Chairman.

After heading the marketing, events and customer journey function, Amit Thete will be moving to head the crucial Sales Operations function. In his new role, Amit will be responsible for managing Mercedes-Benz India’s Vehicle Preparation Centre (VPC), outbound logistics and dealer stock management. The new role of Sales Operations will be a significant catalyst for Mercedes-Benz’s future growth and customer centricity.

Prior to his new role, Pradeep Srinivas was responsible for e-commerce, data management and systems function in Mercedes-Benz India. He played a key role in setting up the e-commerce business for Mercedes-Benz India in October 2019 and its subsequent mainstreaming in the company’s sales process.

Santosh Iyer, Vice President, Sales & Marketing, Mercedes-Benz India, commented, “Amit has played an important role in showcasing the brand’s transition into modern luxury by executing some of the best campaigns, product launches and also by curating highly successful experiential events like MercedesTrophy and Luxe Drive. He now moves into another crucial function of sales operations that is integral to the overall sales division. We are equally excited to welcome Pradeep into the pure Marketing function after successfully setting-up the e-commerce business and data management for the brand. With his strong domain expertise in data analytics and customer journey mapping, we are confident Pradeep will play a crucial role in managing the upcoming transition foreseen in the marketing function.”

“Providing new challenges and opportunities has been an enriching experience for our talents leading to their professional progress and higher contribution. Such transitions are also necessary for the organization to encourage innovation and drive efficiency. We wish both our executives the very best for their new roles and responsibilities.” Mr. Iyer added.
Click to expand...
Drive Safe,
350Z

Tata Motors Ltd announces changes to its Board of Directors​
> Mr Girish Wagh is being appointed as the Executive Director to the Board of Tata Motors Ltd from July 1, 2021.

Mumbai June 23, 2021:
Click to expand...
Tata Motors announced that Mr Guenter Butschek who had informed his desire to relocate to Germany at the end of the contract for personal reasons, will therefore be stepping down from his role as CEO & MD from June 30, 2021. He will continue as a consultant to the company till the end of this fiscal year.

Mr Chandrasekaran said: “I would like to thank Guenter for leading Tata Motors successfully over the last 5 years and creating a strong foundation for the future. I look forward to his continued inputs as a consultant to the Company.”

Mr Guenter Butschek said: “Leading Tata Motors over the last 5 years was an exciting experience. The business fundamentals are stronger, and we are well positioned to leverage the opportunities in both Commercial and Passenger Vehicles. I look forward to my continued association with the company as a consultant in the coming months.”

Pursuant to this, Mr Girish Wagh is being appointed as the Executive Director to the Board of Tata Motors Ltd from July 1, 2021.

Tata Motors’ domestic business has successfully transitioned to a Business Unit structure with the Commercial Vehicles Division headed by Mr Girish Wagh and the Passenger Vehicle Division headed by Mr Shailesh Chandra. The Executive Committee is an experienced leadership team that has been successfully scripting the turnaround of the company and will continue to drive the business.

Mahindra has announced Suman Mishra as the CEO of Mahindra Electric Mobility w.e.f 14th August 2021. She will also be the Chief Executive Designate for the Last Mile Mobility business (LMM).

She moves from her current role of Senior Vice President - Business Transformation, Insights and Analytics (BIA) for Automotive Sector. She will report to Rajesh Jejurikar (Executive Director, Auto and Farm Sectors). 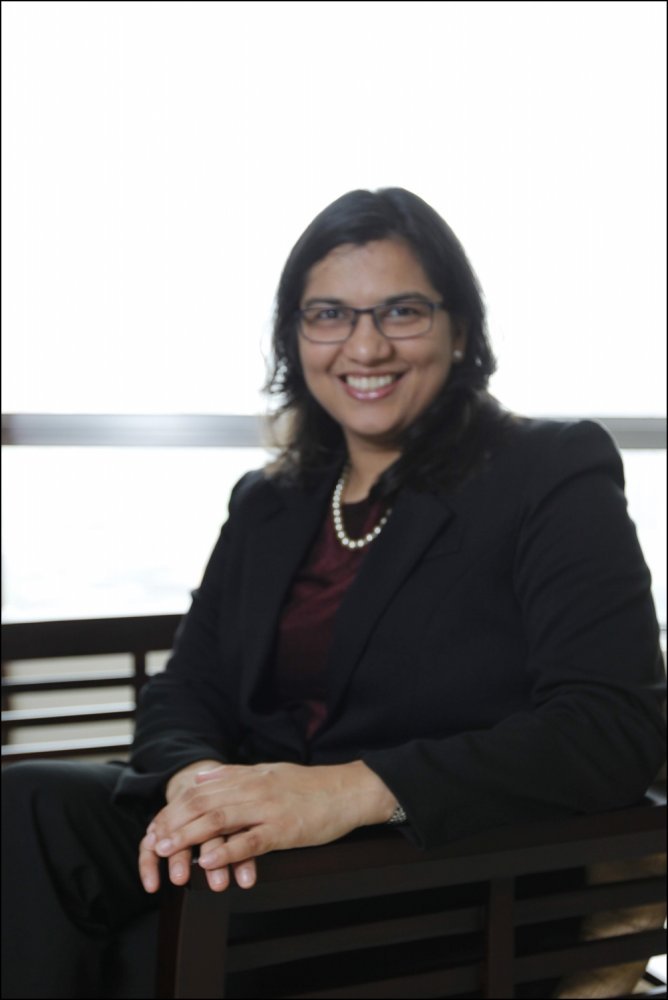 Suman takes over from Mahesh Babu, MD & CEO, MEML, who has decided to pursue opportunities outside of Mahindra Group.

Speaking about the announcement, Rajesh Jejurikar, Executive Director, Auto and Farm Sectors, Mahindra and Mahindra Ltd. and Chairperson, Mahindra Electric Mobility Ltd., said, “Mahesh has been an integral part of our growth journey over the years. He joined us in 1998 and over the last 22 years, he has significantly contributed to the organization in his various stints in Auto Product Development and then leading Mahindra Electric as CEO. I thank Mahesh and wish him all the best for his future endeavors. Suman is an accomplished business leader with global experience of leading transformation projects across multiple sectors. Electric mobility is a key focus area for us, and we have put in place a robust strategy to capitalize on opportunities in Last Mile Mobility and launch of our Born EV platform. I am confident that Suman will help us achieve our growth targets. I wish her the best in her new role”.

Suman is a Performance Transformation Expert with 20 years of global experience across strategy and end to end performance transformation across sales, manufacturing, purchasing, products, costs, and supply chain. She joined the Mahindra Group in 2015 as Sr VP in Group Strategy Office and played a key role in shaping and implementing strategies across automotive business, agri, hospitality, real estate, and electric vehicles. Prior to the Mahindra Group, she was associated with Cipla and McKinsey, where she led performance transformations and business turnaround across multiple companies. Suman is an MBA from University of Michigan, Ross School of Business and a Computer Engineer from NTU Singapore. She has been recognized by Economic Times as 40 under 40 business leaders.
Click to expand...
Drive Safe,
350Z

Stellantis has announced new Brand Heads for Citroën India & Jeep India after the appointment of Roland Bouchara as the CEO of Stellantis India in April 2021.

Saurabh Vatsa (R) and Nipun J Mahajan (L) will now be responsible for the Citroën brand and Jeep Brand in India, respectively. Sharing more details below. 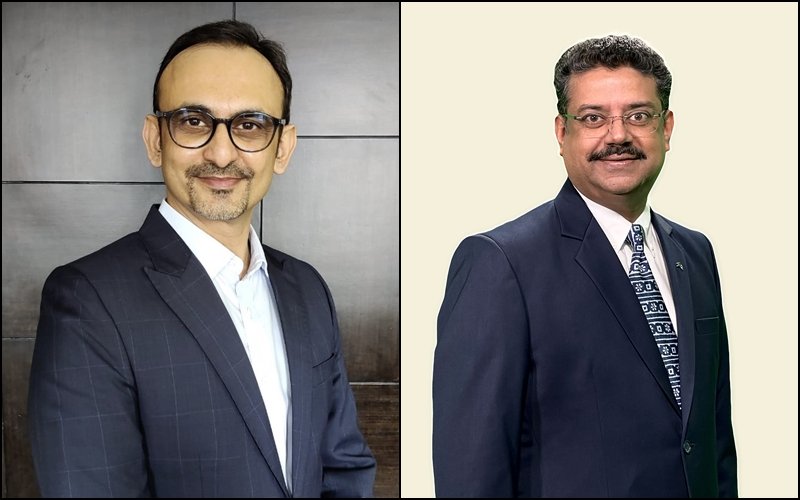 After the announcement of Roland Bouchara as CEO & Managing Director for Stellantis in India earlier in April 2021, the company has today announced key leadership appointments for its operations in India. Saurabh Vatsa and Nipun J Mahajan will now be responsible for the Citroën brand and Jeep Brand in India, respectively.

In his new role, Saurabh will be responsible for Sales, Marketing, Aftersales, Product Planning & PR functions for Citroën in India. An industry veteran with over 25 years of experience, Saurabh joined PSA in 2018 as Senior Director - Marketing & Corporate Communications. He has been instrumental in devising and implementing the unique strategy for the launch of Citroën brand and C5 Aircross SUV in India.

For the Jeep brand, Nipun will be responsible for Sales, Marketing, Aftersales, Product Planning & PR functions in India. Nipun has over 25 years of experience in the automotive industry and has been with the Jeep brand for 5 years in the position of Vice President, Sales operations and Network development. He has been instrumental in launching the Jeep brand in India and achieving the 50,000 sales milestone for the Jeep Compass.

Saurabh and Nipun will report directly to Roland Bouchara, CEO & Managing Director for Stellantis in India. The new, integrated organization structure is effective from June 7, 2021.

“I am pleased to welcome Saurabh and Nipun to our India leadership team. These appointments are a continuation of the seamless integration process that has been well underway since Stellantis was born,” says Roland Bouchara, CEO & Managing Director of Stellantis in India. “Both Saurabh and Nipun brings to their position a series of stellar achievements and rich industry experience from which our customers, partners and the Group as a whole will benefit greatly.”
Click to expand...
Drive Safe,
350Z

Mr T J Park will succeed Mr.Kookhyun Shim, the current MD & CEO of Kia India, who will will retire from his services and will move back to Korea. 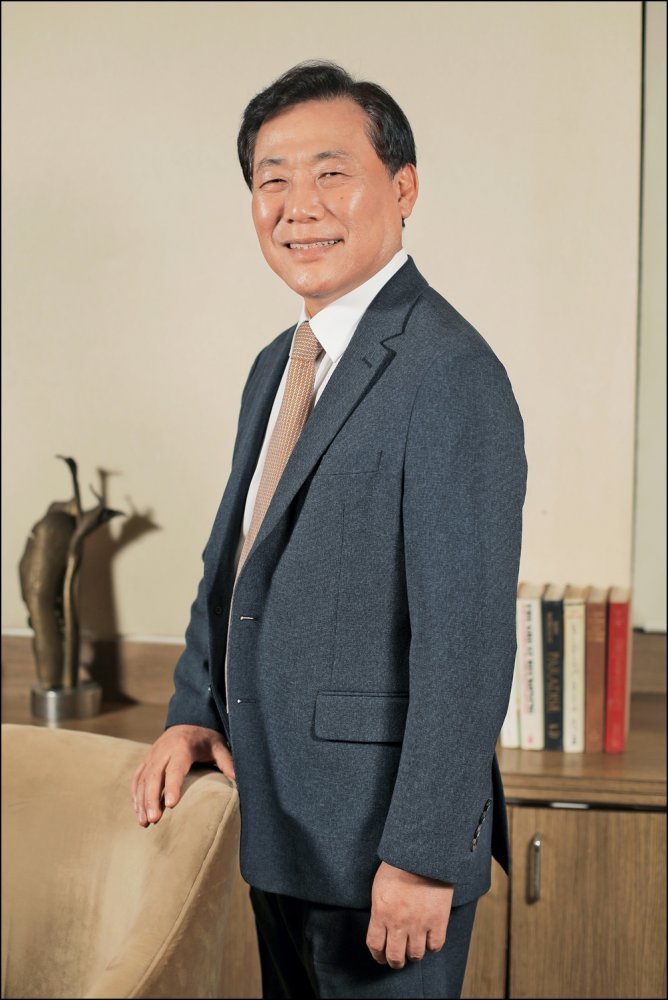 Mr T J Park will succeed Mr Kookhyun Shim, the current MD & CEO of Kia India, who played a crucial role in introducing the Kia brand in India. Under his supervision, Kia India completed its manufacturing unit in Anantapur, Andhra Pradesh, and started mass production of vehicles in record time. Under his dynamic leadership, Kia successfully chronicled multiple milestones within a short span in the country. Mr Kookhyun Shim will retire from his services and will move back to Korea.

In his new role, Mr Park will be responsible for company’s growth and market expansion in the country. He will lead the India operations and directly oversee the entire manufacturing, product strategy and development, business planning and sales.

Commenting on his appointment, Mr Tae-Jin Park, the new Managing Director & CEO, Kia India said, “It is my honour and absolute privilege to lead India operations and take the Kia story in the country forward, building upon the strong foundation laid by Mr Shim. India is a strategic market for Kia and has potential to foster growth for the brand globally. In our short journey in India so far, we have achieved many milestones and these achievements are a testament to our commitment of bringing a revolution in the auto industry by making a difference across the entire auto ecosystem. Our ambitious targets will not only challenge us, but will also help us establish India as an important sales, production and research & development hub for Kia.”

In his illustrious career spanning over three decades, Mr Park has gained immense knowledge of global business environment and his expertise lies in penetrating new markets. Prior to his association with Kia India, he served at the headquarters of Kia Corporation as Head of Operations for the Middle East, Africa and Asia base in Seoul, South Korea. Mr Park has also served as the Chief Sales Officer, Kia Mexico. He has been associated with Kia Corporation since 1987.
Click to expand...
Drive Safe,
350Z
You must log in or register to reply here.