Good effort there Vibhor. Would help it we could also add the email IDs of the respective persons.

Thanks. There’s a separate thread for that purpose too: http://www.theautomotiveindia.com/f...uto-sector-contact-information-directory.html.

Update: Dr.Pawan Goenka has been elevated as Executive Director in Mahindra and Mahindra.

Mahindra & Mahindra today announced the appointment of Dr. Pawan Goenka to the Board of the company as Executive Director, the first ED appointment to the Board since 1992. He will now be designated Executive Director and President (Automotive & Farm Equipment Sectors). Commenting on this appointment, Mr. Anand Mahindra, Chairman, Mahindra Group said, “Pawan has played an integral role in transforming the Group’s automotive product development capabilities, and has provided growth and strategic direction to both automotive and tractor businesses. I am confident that he will add tremendous value to the Board by providing fresh insights and invaluable guidance on key issues facing the Company.”

“I am truly honoured and delighted to join the Mahindra Board. I am fortunate to have been guided by one of the most respected Boards in the country, and have worked with an excellent team in my twenty years at Mahindra. I look forward to the future with a greater sense of responsibility, and will strive to contribute my best to meet the long term aspirations of all stakeholders” said Dr. Pawan Goenka, Executive Director and President (Automotive & Farm Equipment Sectors).

Dr. Goenka is a Mechanical Engineer with a B. Tech in Mechanical Engineering from IIT Kanpur and a Ph. D. from Cornell University, USA. He has also done the Advanced Management Programme (AMP) at the Harvard Business School, USA. He joined the Company in October 1993 as General Manager R&D, after 14 years of experience at General Motors, USA, in various capacities in R&D. Under his leadership M&M R&D launched a slew of new products, such as PikUp, Marshal, Armada 98, Bolero, Load King etc. His most acknowledged contribution, both within the Company and outside, is his leadership of the Scorpio project, which brought laurels to M&M both in India and abroad.

Dr. Goenka has also been very active in the Society of Automotive Engineers (SAE) India, Automotive Research Association of India (ARAI) and Society of Indian Automobile Manufacturers (SIAM). He was President of SAE from 2005 to 2007, President of the Governing Council of ARAI from 2007 to 2009 and President of SIAM from 2009 to 2011.

Dr. Goenka has had a brilliant professional career with many national and international awards to his credit. He received the Outstanding International Advisor Award from SAE in 1997, the Charles L. McCuen Achievement Award for the years 1991 & 1995 from General Motors, the Burt L. Newkirk Award from the American Society of Mechanical Engineers for the year 1987, the Extraordinary Accomplishment Award from General Motors in 1986 and the Distinguished Alumni Award from I.I.T. Kanpur in 2004.

In January 2011, Pawan was honoured with the Automotive Man of the Year award at the NDTV Car & Bike Awards. In December 2011, he was featured as Autocar Professional’s Man of the Year 2011 and was conferred the ‘CV Man of the Year’ award at the annual Apollo CV Awards 2012 in recognition of his extensive contribution within the automotive industry in India and globally. He received the Engineering Excellence Award 2012 from the SAE India Foundation.
Click to expand...
Drive Safe,
350Z

Toyota Kirloskar is going to appoint new Managing Director, Naomi Ishii, on 6th Jan 2014, succeeding Hiroshi Nakagawa who will move back to Japan.

In his current position as General Manager in TMC, he oversees the Product & Business Planning divisions.
Click to expand...
Drive Safe,
350Z

Nigel Harris is the new President of Ford India w.e.f 1st Feb 2014. He succeeds Mr.Joginder Singh who will now head as Director, Corporate Strategy at Ford HQ in U.S. 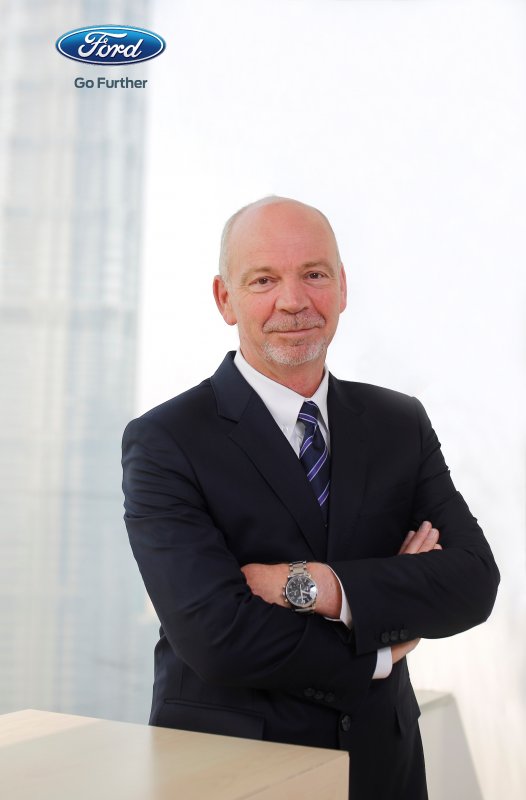 ​
In his new role, Harris will be responsible for managing and growing the integrated manufacturing operation of Ford India. He also will lead the charge for product programs to serve both customers in India as well as the growing export business, and he will oversee the successful implementation of Ford’s expansion plans in India, through its operations in Chennai and its second upcoming integrated facility in Sanand, Gujarat. Harris will be based at Ford’s India corporate office in Gurgaon, and report directly to David Schoch, president, Ford Asia Pacific.

“Nigel’s vast experience with Ford globally will enable the Ford team in India to continue to deliver on our plan to provide great products, build a strong business and contribute to a better world,” said Dave Schoch. "In addition, Nigel’s deep understanding of the Indian market will help the company build on its strong foundation and develop a robust product strategy to ensure long term profitable growth for the Company and a bright future for everyone associated with Ford in India.”

Harris, who began his Ford career in 1985 in New Zealand as a fleet sales analyst, has held a variety of positions in Europe, Africa and Asia Pacific. He also has been associated with Indian operations for long, when he served as the brand development manager for global B cars during Ford’s entry into the Indian market, almost 15 years ago. This continued through his current role overseeing sales, distribution and service for Asia Pacific, which includes India.

Singh’s successful career with Ford spans over 33 years and over the years, he has served in Ford's operations globally in a variety of finance, treasury, strategy, and general management roles -- in Europe, United States and Canada. He has been located in India since 2008 and played an important role in the launch of Ford EcoSport.

“We are very grateful for Joginder’s leadership as we have built our operations in India,” said Dave Schoch. "Both as the leader of our business services group and as the leader for Ford India, he has demonstrated an unwavering commitment to Ford and our stakeholders.”
Click to expand...
Drive Safe,
350Z

Again a new MD for Ford India, well I think each MD is assigned 1 launch, Michael Boneham was new Fiesta 2012, Mr Joginder Singh did the Ecosport, and Nigel Harris probably the new Figo and its sedan

There’s also an update in the organization structure of Renault as well as Toyota.

Former Hyundai India chief who is presently associated with Volkswagen has decided to switch his job. He will now head as a CEO of GM India. Official word will be out soon.

350Z said:
Former Hyundai India chief who is presently associated with Volkswagen has decided to switch his job. He will now head as a CEO of GM India. Official word will be out soon.
Click to expand...
This is now official.

“We are delighted to have Arvind join our team and with his extensive experience, lead us in to a successful future in India, with its significant growth potential. GM is committed to India and with Arvind’s leadership, we look forward to recognizing the long-term growth potential of the market” said Stefan Jacoby, GM Executive Vice President and President, GM International Operations.

Prior to his appointment at GM, Arvind was Managing Director of Passenger Cars (VW brands) and a member of the Board of Directors of Volkswagen Group Sales India. Arvind has a Bachelor of Engineering Degree from Motilal Nehru Regional Engineering College and a Master’s Degree in Business Administration from Lucknow University.

Lowell, who has led GM India since January 2012, joined GM in 1992. He has held senior positions in planning, programme management and marketing in North America, Europe and Asia. He was GMIO Vice President, Planning & Programme Management, before assuming responsibility for GM India. Stefan also thanked Paddock for his leadership at GM India in the last two years.
Click to expand...
Drive Safe,
350Z

The latest news is that V.Sumantran will officially resign from Hinduja Group w.e.f 31st March. He is the man responsible behind launch of products like Dost, Stile, Partner etc. Sumantran is likely to take over the position of late Mr.Karl Slym in Tata Motors.

This is funny that he worked for TML CV business before moving to AL.

Karl Slym's position must be filled by a vibrant PV oriented person and more suitably an overseas professional. TML really needs someone like that.
V

Mayer has been working with Volkswagen Group since 1993 and currently heads the market planning for Volkswagen Passenger Cars at its European Sales Division. He will take over the new role from June 1, 2014, when he’ll join VW India in the capacity of a director.
Click to expand...
Michael has also worked for six years with Bentley Motors. He has handled several responsibilities at Bentley – heading its European Retail Development, managing the brand’s image in Europe/Russia and Central Asia. He also served as regional director for Bentley in Europe and UK.
Click to expand...
Michael Mayer Appointed Brand Head For Volkswagen India - Overdrive

Mr. Marc Llistosella, currently Managing Director & CEO, DICV will become Head - Marketing, Sales & After-sales, Trucks Asia & DICV based at Tokyo, Japan, effective June 01, 2014. He continues to report to Dr. Albert Kirchmann, President & CEO of MFTBC and Head of Daimler Trucks Asia. Mr. Llistosella has been leading DICV from a planning phase as a Greenfield Project until today, as the company has become a fully established player in the Indian CV market. He built the organization, the plant and led the development of a whole new product range under the brand BharatBenz for the Indian market as well as FUSO trucks for markets in Asia and Africa. In his new function he will lead all Marketing, Sales & After-sales related areas of Daimler Trucks Asia, including DICV & MFTBC, Japan and will continue to oversee DICV’s Indian operations, overall.

Mr. Erich Nesselhauf, currently Vice-President - Supply Chain Management, DICV, will become Managing Director & CEO of DICV, effective June 01, 2014 and will be based in India. He has been involved in the DICV Greenfield project from 2008 and has built the entire supplier base for DICV from the very beginning, achieving a localization of 85% for BharatBenz trucks at its Start of Production in 2012. In his new responsibility, he will be in-charge of the entire DICV operations in India, and will to report to Mr. Marc Llistosella.

Mr. Kai-Uwe Seidenfuss, currently MFTBC Senior Vice-President, Sales & After-sales, will become Head - Corporate Audit at Daimler AG, effective June 01, 2014, reporting to Dr. Dieter Zetsche, Chairman of the Board of Management Daimler AG. Heading Sales & After-sales at MFTBC in his current assignment, he has greatly contributed to the company’s operations, leading a big part of MFTBC’s growth programme which aims for a significant increase in global sales to more than 200,000 units by 2015 while extending FUSO’s leadership in the markets now numbering to more than 160, worldwide.
Click to expand...
Drive Safe,
350Z
You must log in or register to reply here.