Tata is reportedly eyeing the GM manager to take charge of its global sales division. A decision was due shortly, sources told German Focus news magazine.

The role would involve launching Tata's budget Nano car in Europe, due in 2011.

GM confirmed on Friday that Forster was quitting. The former Opel boss had been highly critical of GM's last-minute decision not to sell the German carmaker to Canadian-Austrian car parts manufacturer Magna and their Russian backer, state-owned Sberbank.

Thats again a great Deal if Mr.Forster joins the group of TATA!

This news was correct and Mr. Foster has joined Tata Motors.

Tata Motors has appointed Mr. Carl-Peter Forster as the Group Chief Executive Officer of the company. He will have the overall responsibility of Tata Motors Operations globally, including Jaguar Land Rover.

Mr. Forster, 55 years, has twenty-four years of international experience in the automobile industry. Most recently he was the head of General Motors, Europe, where he looked after Opel/Vauxhall, Saab and the European activities of Chevrolet. Before joining General Motors in 2001, Mr. Forster has had 13 years of experience in BMW where he held various positions including that of Managing Director of BMW South Africa and was also on the Managing Board of BMW responsible for manufacturing.

This is great!! Lets wait and see if he brings some changes in the Indian giant with his huge wealth of experience!!

So a third non-Indian heading a Tata venture?

Its a true global company now.

A global approach, for certain.
If they keep at it, it will not be long before the products are global too!!

WOW! This may take TATA Auto to next level.

Well. I am happy & proud being in TATA group.

Almost any person with open mind should welcome oppurtunites even its across boundaries & Mr.Ratan is Gem of 'em all

There is absolutely no doubt that Tata has scales the heights it has today because of Ratan Tata.
He successor will find it a tough job to fill his shoes!!

No body can replace Mr.TATA & his Ideologies!

I really doubt whoever may be his sucessor, will he be able to keep up the spirits high & continue serving to the society ?

Mr.Forster is an experienced person and he has worked with some of the top multinational players like BMW and General Motors. I think it's needless to say that he will definitely help Tata Motors to strengthen its presence in global markets too. Congratulations to Tata Motors for achieving newer heights each day. 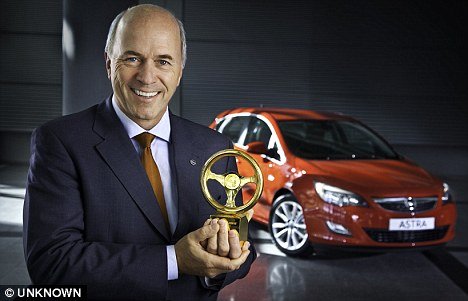 Carl-Peter Forster said at a news conference in New Delhi, where he made his debut public appearance in his new job -

I am enthused by having this opportunity to work for an Indian company with such high business ethics.

People normally get 100 days, plus or minus. Give me that time and we'll meet again. I am excited by the opportunity to grow Tata's business both domestically and "out of India."
Click to expand...
Economictimes

The next hundred days are going to be very exciting for him!!
Wish him and Tata the best!!

Expecting TATA to take a step forward now!
You must log in or register to reply here.