Ford India’s eight-model launch plan till 2015 seems to be taking a proper shape now. After the recent reveal of the Fiesta the details about more upcoming models from the American stable are emerging. BSM has come out with a report that the Blue Oval is keen on launching the Focus sedan in India. The highly acclaimed, driver focused car will be direct competitor to the likes of the City, Corolla and the Cruze and will be introduced in the Indian market by 2012.

Seen for the first time at the 2010 Paris Motor Show, the new Focus is a modern, stylish and young-looking car. Focus is one of the most important models in the Ford lineup worldwide, with over 1 crore cars sold globally since its launch in 1998, and is known for its great value, features and the fun to drive factor.

While there has been no official word from Ford India about the launch or the probable list of engines for the car, knowing the Indian market, the choice of engines seems quite obvious. In all probability, Ford will launch both petrol and diesel variants for the car, with the petrol engine option being the 150 PS, 1.6-litre EcoBoost unit. There is another variant of the same engine with 180 PS and 240 Nm of torque from 1,600 to 5,000 rpm, but we’re quite sure that the Indian version would get the 150PS unit.

Then there is a 95 PS/115 PS 1.6-litre Duratorq TDCi diesel engine. Now since the 90Ps unit will be used on the lower spec Fiesta, the higher priced Focus should features the 115PS version of the engine with peak torque from 270 Nm to 285 Nm during hard acceleration. There is a 2.0-liter diesel as well, available internationally, but we think that it would be a little too much for this segment, and push the cost up unnecessarily.

We cannot be sure about which of these features will actually be brought to India, but having a look at the promised tech for the Fiesta, we can be quite sure that the higher-priced Focus will be generously embellished with tech gadgetry.

The Focus will be followed with the launch of the Accord-Rivaling Mondeo, which once was present in the Indian market, and was highly acclaimed for its capabilities. More on that later. Stay tuned!
Click to expand...
Source: Motoroids

One of my friend also said that he had seen the car being tested near Chennai.

first..figo then new fiesta and now focus. ford is on a roll!!

they got some hint of what india likes and now they will some best and successful cars here!!
A

Now where are all those Chennai members when you need them the most?

it only had a speed limiter may be i was given the lowest variant.

EDIT: I didn't read, these features are going to be in the new model.

ford to launch globally successful Focus model in india in 2013,i dont know how valid this piece of news is.
If they do launch i guess it can eat quiet a bit of german's share in the premium D segment.

The Focus is richly equipped with features like the Active Park Assist, Active City Stop (collision detection system), Blind Spot Information System, Ford SYNC and Smart Keyless Entry with Power Start. Some of these features are available on the Fiesta overseas. Ford has been selling the third generation Focus in Europe and America for two years now. Ford assembles the Endeavour (Everest in other countries) in India through a CKD business model. The kits are packed and shipped from Thailand. Likewise the Ford Focus will be manufactured at Ford’s new USD450 million plant in Rayong, Thailand. Kits from Thailand could begin reaching the Chennai plant next year, or to the Sanand plant in the next couple of years for assembly and distribution to the domestic markets. A top Ford official told IndianAutosBlog.com that top hats on the B-, C- and CD-Platforms make up the eight products reaching India by mid-decade.
Click to expand... 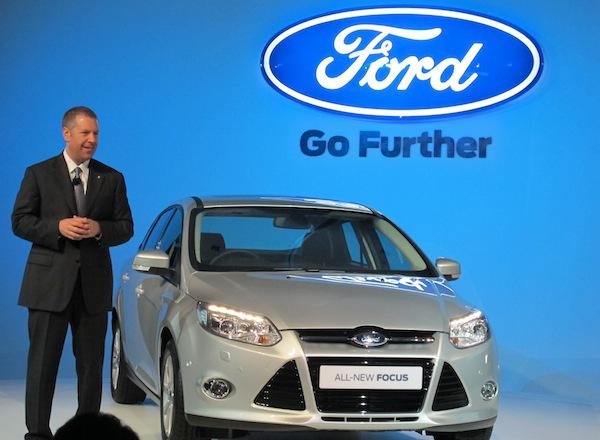 If focus enters indian market it should be low priced if not it will have a strong competition from Hyundai
You must log in or register to reply here.