Hello friends imagine you go to office like a normal day and you go out for lunch as always but what if you see a sports car what totally a different/unknown logo parked inside your building.

Yes this is what happened to me when i was going out for lunch and i saw this sports car parked in our building at the Ground Floor. So how could i not go and see what was that.!

I don't know how many of you know about this car or even the company but for me it was for the first time. So it is called FISKER Automobile and the car name was KARMA. Since i had no clue about it i did a little bit research for my fellow friends and here it is:

Fisker Automotive is an American automaker based in Anaheim, California. The company's first product is the Fisker Karma, one of the world's first production plug-in hybrid electric vehicles. It debuted at the 2008 North American International Auto Show, creating the premium green car segment in which most major manufacturers have since announced they would compete.
Fisker originally intended to sell the Karma in late 2009 but after repeated delays the Environmental Protection Agency certified the car’s vehicle emissions and drive range in October 2011 and therafter Fisker commenced delivery of production vehicles in the USA. An estimated 15,000 cars per year will be assembled by Valmet Automotive in Uusikaupunki, Finland. Fisker has said that it plans to have nearly 200 dealerships in Europe and North America by the end of 2011.

So let's see what do our fellow TAI'n think about this car. Let your thoughts/views keep pouring in.

And yes enjoy the pics.

See the roof it is actually a full roof solar panel 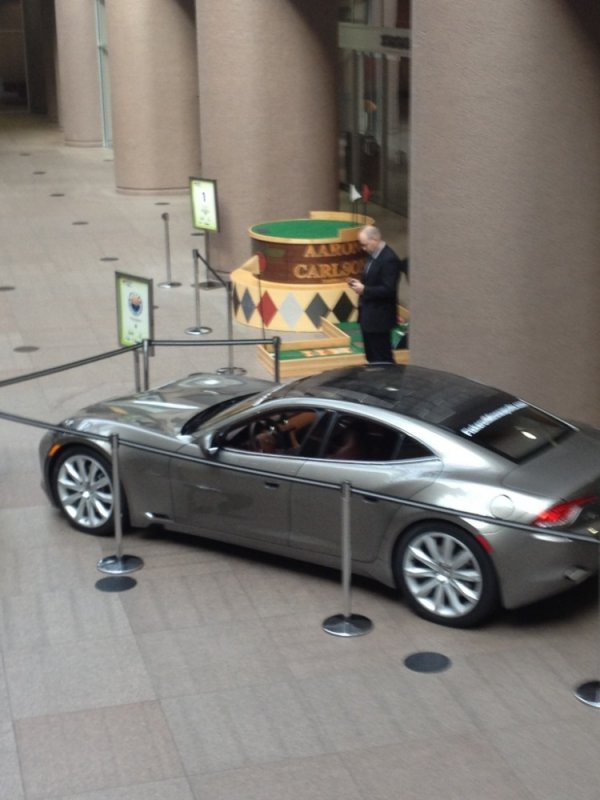 yup got to know this car in the last week's top gear where james may reviews it. its quite nice actually but quite expensive too.

Ya that's true it's expensive but i feel it's a nice car with both the options (regular and electric). The Karma lays a good foundation. Up front there’s a 260-hp, GM-supplied four-cylinder engine spinning a mighty generator. Next in line is a 20-kWh, American-made lithium-ion battery pack. Twin AC motors straddling the rear axle deliver 402 horsepower to the differential.
But i guess it won't do good in the market because of the brand name.

emperor said:
from a relatively small company. the cars design, fit n finish seems good. even the interiors look classy
Click to expand...
Yes and guess this is something that FISKER should be really appreciated for. I would say nice work FISKER

Henrik Fisker, the man that founded the Fisker Automotive electric car company in August 2007 has resigned from his position as Executive Chairman.

The shocking news came from Henrik Fisker himself, who said he has quit his job due to major disagreements that he had with the automaker's executive management over business strategy.

"Effective as of Wednesday 13 March 2013, Henrik Fisker has resigned from Fisker Automotive as executive chairman, and has left the company. The main reasons for his resignation are several major disagreements that Henrik Fisker has with the Fisker Automotive executive management on the business strategy," Fisker said in a statement sent to Autocar.

Fisker Automotive has yet to comment upon Henrik Fisker's departure, but it's natural to believe that the rupture has something to do with the company struggling to build new Karma models after its battery supplier went bankrupt. Fisker is considering selling 85 percent of shares to China's Dongfeng for a total of $340 million.

It feels painful to know that the founder of the dream has to step back from his own dream.

I am eager to know what is going to happen with the company as a whole.

Akash said:
It feels painful to know that the founder of the dream has to step back from his own dream.

I am eager to know what is going to happen with the company as a whole.
Click to expand...
Yes it is a sad moment the man who gave such a product to the market moved out.

BTW: 2-3 months back when i was in US i saw a news that Fisker was having troubles with their car and one of the brand new car had to be towed away.

Than after a week or so one of their test cars met the same fate.

Atleast 50 of these karmas caught fire when sandy came. I really like the way it looks and its a quick car for an electric motor but tesla model s is the way to go for all tree huger's.

Akash said:
I am eager to know what is going to happen with the company as a whole.
Click to expand...
Their is a great chance for a Chinese company to take over this company. 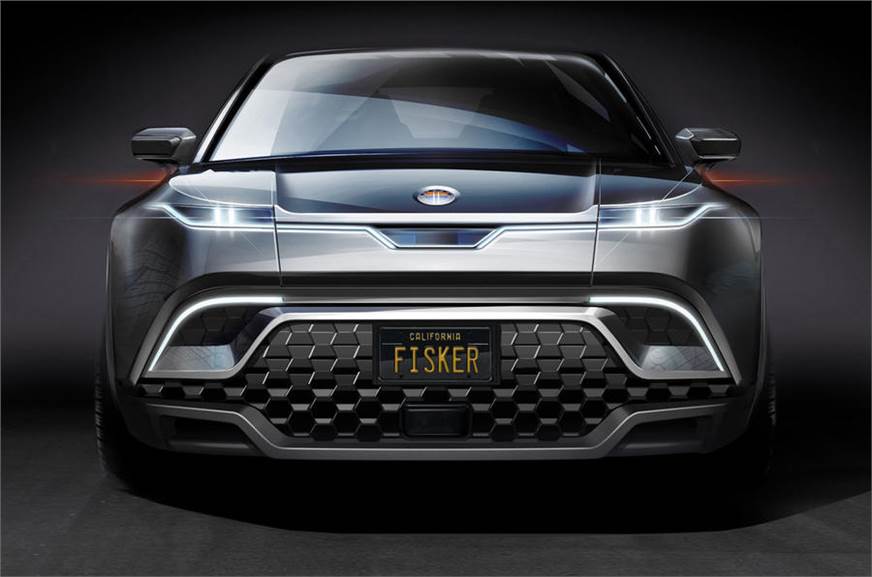 Fisker has released details pertaining to an all-electric SUV, which is slated to launch in 2021. The announcement comes hot on the heels of the unveil of the Tesla Model Y, the seven-seat all-electric SUV with a claimed 480km range.

The Fisker electric SUV will also be a seven-seat SUV with around 480km of all-electric range from an 80kWh lithium-ion battery pack. Drive will be sent to all four wheels as each axle will have an electric motor.