Fiat and Mazda Join Hands To Develop Roadster Based on MX5

Fiat Group Automobiles S.p.A. (Fiat) and Mazda Motor Corporation (Mazda) have signed a non-binding Memorandum of Understanding (MoU) for the development and manufacturing of a new roadster for the Mazda and Alfa Romeo marques based on Mazda’s next-generation MX-5 rear-wheel-drive architecture.

The study calls for both Fiat and Mazda to develop two differentiated, distinctly styled, iconic and brand-specific light weight, roadsters featuring rear-wheel drive. The Alfa Romeo and Mazda variants will each be powered by specific proprietary engines unique to each brand.

The project assumption is that both vehicles will be manufactured at Mazda’s Hiroshima, Japan, plant with production for Alfa Romeo envisaged starting in 2015.
“Establishing technology and product development alliances is one of Mazda’s corporate objectives and this announcement with Fiat is an important first step in that direction. It is especially exciting to be collaborating with such a prestigious marque as Alfa Romeo on a new roadster based on the next-generation MX-5, which is such an iconic vehicle for Mazda and recognized as the best-selling roadster of all time.” said Takashi Yamanouchi, Mazda's Representative Director and Chairman of the Board, President and CEO.

“This agreement clearly demonstrates our commitment to Alfa Romeo and the determination to grow it into a truly global brand. By partnering with Mazda, we will be co-operating with the recognized leader in compact rear-drive vehicle architectures in order to deliver an exciting and stylish roadster in the Alfa Romeo tradition. We are appreciative of this collaboration with Mazda and look forward to maintaining a fruitful and continuous relationship.” said Fiat CEO Sergio Marchionne. The Final Agreement is expected be signed in the second-half of 2012. Fiat and Mazda have also agreed to discuss further opportunities for co-operation in Europe.
Click to expand... 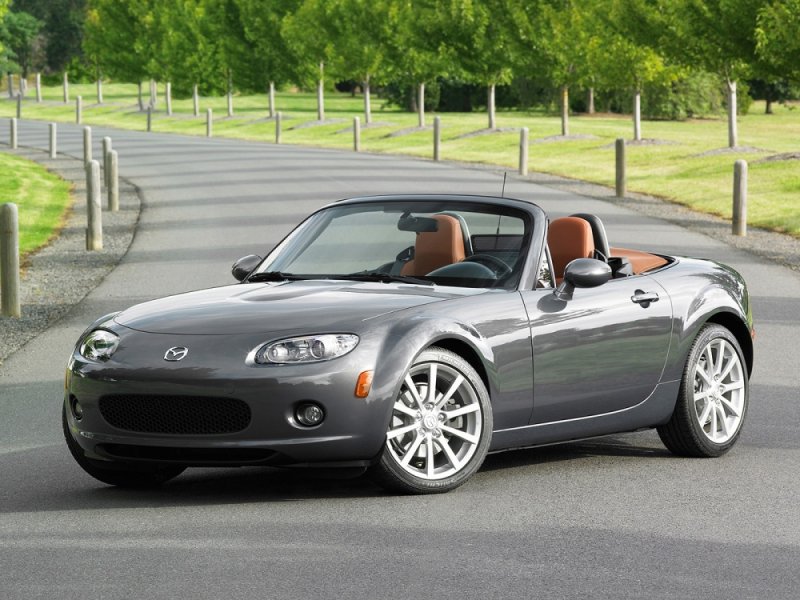 Mazda is one of companies that has some of the best looking cars, the car I like the most is the Mazda RX8 think its a hatch? anyway that one I like

Auto Express has taken the trouble to render how the Mazda based Alfa Romeo roadster would look like.

Day before yesterday I was thinking to buy a Mazda Mx-5 Convertible one .
Whats you say on that?

codename47 said:
Day before yesterday I was thinking to buy a Mazda Mx-5 Convertible one .
Whats you say on that?


BTW Alfa Sucks big time. They are crap cars
Click to expand...
I agree Alfa car's always had reliabiity issue's, on the other hand if you are planning to pickup a mazda you will get a big thumbs up from my side

as Mazda makes one of the most entertaining machines which your money can buy.

plus their Twin spark technology in the old cars is just crappy
Click to expand...
You are a lucky guy who can just walk into an Mazda dealership and drive out with some cool roadster's at a reasonable cost, I so much wish that Mazda enter's India.

visran said:
You are a lucky guy who can just walk into an Mazda dealership and drive out with some cool roadster's at a reasonable cost, I so much wish that Mazda enter's India.
Click to expand...
I am not gona buy a brand new car

I will get a used one
depreciation on these cars are alot , unless you get ones that are popular
say skylines,Supra,Silvia,RX7 etc etc

there prices are firm they dnt drop drastically
however in here Hyundai , Kia lose their value in 2 years time

yeah man Korean cars are not trusted by aussies

codename47 said:
yeah man Korean cars are not trusted by aussies
Click to expand...
But according to the monthly sales figures they do sell in decent number's.

yeah I knw that man

the Alfa Romeo version of the roadster it is co-developing with Mazda will be more expensive than the MX-5 Miata upon which it is based. Alfa's market perception alone would seem to encourage that scenario, but it sounds like intentionally avoiding competition is also be at play, as Mazda's CEO has told the magazine that "the two cars were unlikely to be priced or positioned to compete against each other."

The Miata is predicted to bow as early as year (we're hearing it will likely be later), the Alfa version in 2015. Although both are expected to be built at Mazda's plant in Hiroshima, Japan the roadsters will get engines from their respective parent companies. The MX-5 is speculated to get its motivation from a 1.3-liter, 200-horsepower four-cylinder. But if Alfa wanted to charge a little more for a MultiAir-engined, 300-horsepower production version of the Pininfarina-penned 2uettottanta concept showed off at the 2010 Geneva Motor Show.

Fiat and Mazda Partnership Could Blossom and Even Include SkyActiv Technologies

It’s been about four months since Fiat and Mazda announced that they would share the next generation’s MX-5/Miata platform. Each company would develop its own version of the rear-wheel drive roadster, using its own powertrains and distinctive design.
After the announcement, Fiat CEO Sergio Marchionne said that he is open to discussions for a much deeper collaboration with the Hiroshima-based manufacturer, as his company “will continue to look at bilateral arrangements”.

Only a few days later, Fiat Chairman John Elkann said the Italian carmaker has no plans to buy a stake in Mazda during a shareholders meeting.

At the Paris Auto Show, though, Marchionne left several options open: “Everything is possible. We’ve just started. We’ve signed the deal, we’ve visited the plants. Let’s take it one day at a time. We’re open to any solutions that lessen capital outlays.”

Mazda CEO Takashi Yamanouchi said that he expects the program to go as planned. Furthermore, he told Wards Auto that he expects Ford, which still holds a 2.11 percent stake in the company, to sell it eventually.

Yamanouchi commented that nothing is off limits; including his company’s proprietary SkyActiv petrol and diesel engine technology, adding that he is willing to share SkyActiv “as long as it benefits the Mazda brand”.

A tie-up would probably be beneficial to both automakers. Yamanouchi said that the areas he would be interested in collaborating with Fiat are “technology and regions”.

He explained that a possible deal could include sales and distribution agreements of another form of cooperation that would help Mazda expand its presence in more markets. Mazda is interested in India, Africa and South America – especially Brazil, where Fiat is very strong.

The Fiat Group and Mazda have signed a final agreement to co-develop a two-seat roadster.

The agreement will see two differentiated and differently styled sports cars developed based on the next-generation Mazda MX-5 platform. Both the Mazda, and an Alfa Romeo-badged version, will be built by Mazda at its Hiroshima plant from 2015.

Each of the rear-wheel-drive roadsters will be powered by each brand’s engines. The new MX-5 could feature a 1.3-litre turbocharged unit featuring the brand’s SkyActiv technology, which would allow engineers to slash the current car’s 1,100kg kerbweight.

The Alfa Romeo could carry a new version of the Alfa’s 1750cc turbocharged engine, which is capable of developing up to 296bhp, although a development of the 168bhp 1.4TB engine from the Giulietta and Mito is possible.

Although no name has been confirmed for the Alfa-badged roadster, Autocar understands bosses are considering reviving the Spider name.

Mazda says the agreement allows it to enhance development and production efficiencies, while Alfa can offer a modern “interpretation of the classic Alfa Romeo roadster”

Alfa and Mazda confirm co-developed roadster | Autocar
You must log in or register to reply here.