The Ministry of Road Transport and Highways (MoRTH) today issued a notification stating that FASTag will be mandatory from tomorrow midnight. Moreover, all lanes in the fee plazas on National Highways shall be declared as 'FASTag lane of the fee plaza' effective from midnight of 15th/16th February 2021. As per National Highway Fee Rules 2008, any vehicle not fitted with FASTag or vehicle without valid, functional FASTag entering into the FASTag lane of the fee plaza shall pay a fee equivalent to two times the fee applicable to that particular category.

Thankfully, after some initial glitches, my FASTag is working smoothly. But I have paid 2x several times due to glitches at their end. The officials at the toll plaza usually sympathize, but collect anyway.

Sharpshooter said:
Thankfully, after some initial glitches, my FASTag is working smoothly. But I have paid 2x several times due to glitches at their end. The officials at the toll plaza usually sympathize, but collect anyway.
Click to expand...
If the glitches are at their End, They should pay 4x the amount as compensation. They are so ruthless with the 2x rules... But Sadly....

The extra paid can be reimbursed contacting the customer care and sending them 2x payment receipt.

The National Highways Authority of India (NHAI) will draw a distinct coloured line at every toll lane on National Highways & once the queue of vehicles touches that line, the toll operator will have to open the gate for all vehicles on that particular lane to travel free.

Sources said the plan is being prepared & this has started after the road transport ministry started real time monitoring of toll plazas and queues in its response to reports of congestion despite increased use of FASTag for paying toll charges. “There is strict live monitoring at the top level & we have been directed to take all necessary steps to ensure commuters pass through toll plazas smoothly since the government has promised seamless travel through plazas with the use of FASTag to pay toll, which has been made mandatory,” said a senior NHAI official.

Got this message from Vahan.

As per record, vehicle no KL01XXXXXX is not issued a FASTag. Non-fitment of FASTag is a violation of CMVR 1989 and liable for penalty. Get a FASTag today. Call 1033 Helpline or visit www.nhai.gov.in or www.ihmcl.co.in. Please ignore, if already fitted. MoRTH.

I too have received a similar message 2 days back from Vahan but for my previous car which was sold 3 years back.

Nairrk said:
I too have received a similar message 2 days back from Vahan but for my previous car which was sold 3 years back.

Click to expand...
Mobile number not updated by new owner.

deville_56 said:
Non-fitment of FASTag is a violation of CMVR 1989
Click to expand...
I wonder who dream't of These Tags in '89
And how it suddenly became a violation.

bhvm said:
I wonder who dream't of These Tags in '89
And how it suddenly became a violation.
Click to expand...
We still follow the CMVR 1989, which is amended periodically. Became a violation since February 15th, 2021.

These days it is a better experience. I do not know why truckers still take a lot of time at toll booths, is that a problem with reading tag on trucks or what? Another point is, some banks see to charge a % of transaction when FASTag is recharged (seen HDFC page today). There is no such charge on my Axis bank tag. 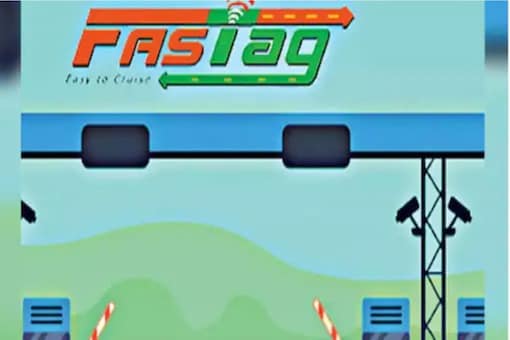 Roads accidents are quite common on our roads and one thing people do after their vehicle has an accident is to leave the car at the spot or get in touch with the nearest police station. After the car gets involved in an accident, the occupants including driver have several things going on inside their head. We are pretty sure that removing FASTag from the car is not one of them.
They’ll all be busy taking care of the injured and informing the authorities.

Removing FASTag from a car that has met with an accident is actually quite important. By not removing the FASTag the owner of the car might have to bear a huge loss. FASTag is a electronic toll collection system operated by National Highway Authority of India. FASTag has a chip in it which is connected to an account. Every time, the car crosses a toll plaza on national higway, the amount automatically deducts from the account. In case of an accident, the money that is already in the account will be of no use if not removed.

The National Highway Authority of India Official informs, “FASTag must be removed for two major reasons. A small chip in the FASTag with all the details can be damaged in case the front glass is broken or cracked. The FASTag will look fine, but the chip won’t function. In such a case, the vehicle will be considered without FASTag, and the driver may have to pay the fixed penalty. Secondly, it is necessary to remove the FASTag from the damaged vehicle because the balance in the FASTag has to be transferred to another FASTag. The remaining balance amount can be transferred to the new FASTag from the registered number itself. Therefore, after an accident, FASTag must be removed.”

Officials of the Ministry of Road Transport stated that the FASTag must be removed from the vehicle after an accident. They say if the car was involved in an accident and damaged, the chances of damaging the windshield is very high. Cyber expert also had a similar opinion about the FASTag. Ritesh Bhatia, Cyber expert said, “Sometimes throwing or leaving FASTag anywhere can be harmful, especially those FASTags that are linked to the bank account. The cybercriminals can indulge in some fraud with the FASTag installed in your vehicle.”

Government had made FASTag mandatory on vehicles in India. The main motive of FASTag is to reduce the waiting time of vehicles at toll plazas. Normally when people are paying by cash, it consumes lot of time which leads to long queues in front of the toll. In case of a FASTag, the chip inside the tag will be electronically read by the sensor and the amount will be deducted from the account directly. Vehicle entering the toll plaza without FASTag can still go through the toll but, they’ll have to pay double the amount of regular fees.

I have a query regarding fastag. The car had Airtel fastag when we bought but it was not working ( I tried to recharge it but it was not found) so I ordered a new fastag of same (Airtel) on 13th. Till now I have not received it and after talking to customer support they asked me to wait for 14 business days and then contact them again.

But last Monday I visited Hyderabad and on toll plaza I thought I will have to pay extra but fastag was scanned and gate opened. I was surprised. When I enter car num to recharge it is showing my name but I didn't get the message after passing through toll gate.

Is it possible that they have Activated the existing fastag?
Or it had money in it.
Or I will get new fastag and have to take off the existing one?

Are you an existing Airtel Customer of Airtel?

To check If they activated the existing one, or the new one or how much balance you have it on your account - download Airtel App (if you have not done so far)

Open the App - go to account > Bank Profile > Fastag > buy Fastag. The balance money available in your account will be there on that page and also you can recharge more money etc...!
You must log in or register to reply here.