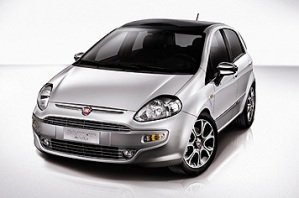 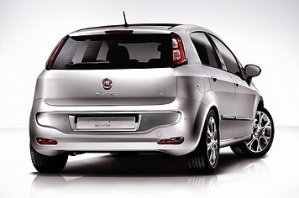 Say Hello to the Fiat Punto Evo, the revised version of the Grande Punto that is slated to be displayed at next month’s Frankfurt motor show. As well as a mild restyle, the Fiat Punto Evo gets an updated engine range that includes the innovative 1.4-litre petrol Multiair unit.

The Multiair system works by allowing direct control of air and combustion in engines, cylinder by cylinder and stroke by stroke, without the use of a conventional throttle.
It saves energy wasted in traditional systems, cutting fuel consumption and CO2 emissions by around 10 per cent over a comparable standard engine, and increasing power by up to 10 per cent and torque by up to 15 per cent.
It can also reduce particulate emissions by up to 40 per cent and NOx emissions by up to 60 per cent. Fiat plans to fit the technology to all its engines in coming years.

Other engines in the range include a new Multijet 1.3-litre diesel, which features a new common-rail injector that reduces consumption by around two per cent and NOx emissions by 30 per cent.

Fiat is also fitting stop-start as standard on all its Euro5-compliant petrol and diesel engines. Fiat says the interior has been completely reworked, while the exterior has been tweaked by the addition of new bumpers and light clusters. The car is slightly longer than before, at 406cm from 403cm. All other dimensions are the same.

The new Fiat Punto Evo is slated to go on sale in UK next year. How soon will these upgrades make their way to India is not known yet. But we do hope that the smart new styling upgrades are brought down as soon as the European market.

Wow ! This one looks better than the current one.

This Punto has derived its looks from 500..

Zinam said:
This Punto has derived its looks from 500..

I am having my fingers crossed as the motor show concept model and realtime production model would have lot of difference. Hoping that FIAT hears this and launchs the same model in India.

PS: Current Punto is different from its international version. Bumpers have been cut to be within the 4m bracket.

I don't think, this one would come soon to India. it'll take 2-3 years for that.

but this still feels copied from 500, why does fiat want to put this design again on punto.
R

Interceptor said:
I am having my fingers crossed as the motor show concept model and realtime production model would have lot of difference. Hoping that FIAT hears this and launchs the same model in India.

PS: Current Punto is different from its international version. Bumpers have been cut to be within the 4m bracket.
Click to expand...
In India there are stupid ways to get money from automobile manufacturers by putting a specific length of the car and specific engine capacity in a particular tax bracket.This is the main reason why cars in India are not upto our expectations.

WOW! this car looks better than before. i think fiat is really doing a great job, only if it could improve its A.S.S now!

I think the current design is more appealing and more powerful. The design for Grande Punto, has been inspired by Maserati and the new design doesn't impress much (its my personal opinion). To me, the front looks like a streched smile

. However, the only thing which attracts me is its tail lamp, looks more futuristic and edgey.

I would really wish to have it on my car!

WOW, Looks cool, A combination of fiat 500 and the good old punto.

Re: Next Gen. Polo Already in the Making?

The Punto facelifted has been launched in the UK market.

The 2012 Punto gets new headlamps, new fog lamos, new grille and a new front bumper. The rear too gets a new bumper and revised tail gate. The updated Punto gets optional sunroof and having option to select between three different driving modes; Sports, Normal and Economy.
You must log in or register to reply here.