Back to DIY business.

Situation: Was thinking about converting tail lamps to LEDs since I bought the bike, but the missing oomph factor

and too much gap in my Unicorn LED tail lamp project left me unsatisfied and left me hopeless. Again, wanted to do something for Barricade for his b'day. Pulled sleeves and when ahead. 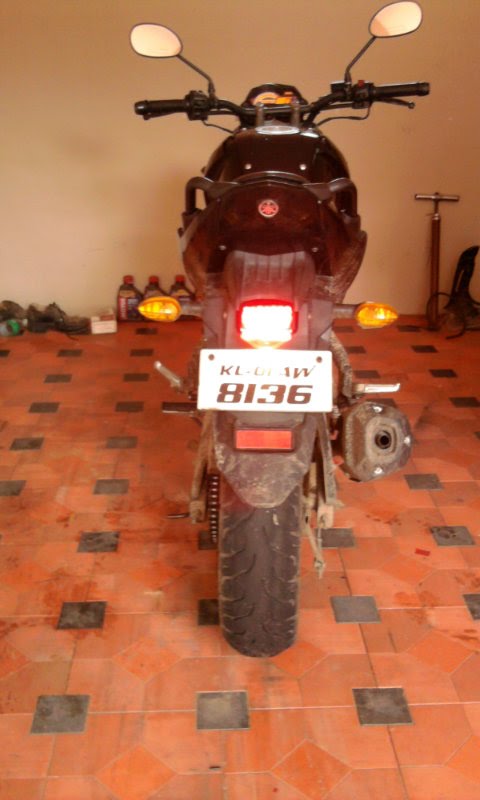 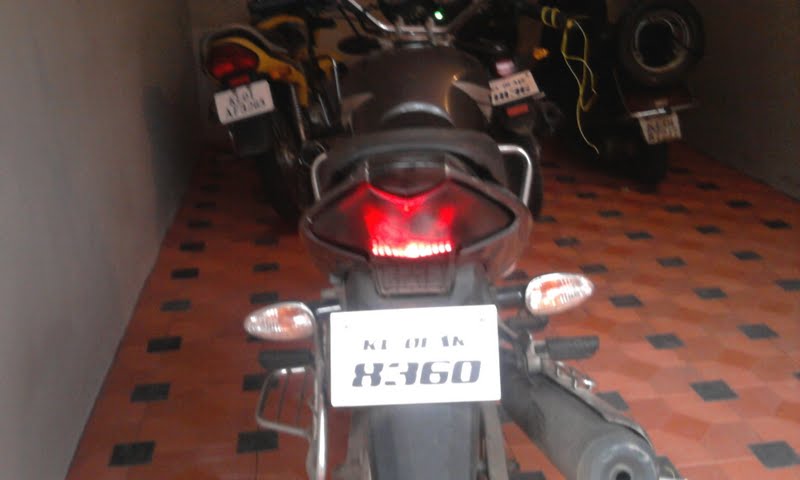 Strobe effect was not in my mind. I was just planning a simple LED setup with max number of LEDs in minimum space. Removed tail lamp cover and made template out of foam board. After soldering all LEDs there was lots of gap between them and output was same as what I feared of, same as UNi. First set was too close to PCB, no clearance between. Added another set in the height of the first set. Result, sparkling crystal effect. When testing the prototype brother just asked can we add strobe effect and I said no. Then he searched youtube and there were many awesome videos and I was wondering how could I get those effect on mine as all of them were PIC programmed and myself and our own Aditya tried making strobes in the past with discrete components and of course we failed. Then came to my mind the old type R strobe set I bought to fit in car and later declined as fish seller's CT100 and pickup autos started putting real cheap replicas of strobes in their machine. It had a controller and two set of fog lamp-shaped LED sets. Why can't I mate it with my tail lamps??? Then began the real project F1-styled LED tail lamp.

First prototype had 120 LEDs, but no provision for number plate illumination. Removed 24 and converted to 96 LED setup and 6 white LEDs for number plate. On testing, whites were not spreading wide as they were too close to the plate and current sharing was not proper with some being bright and some dull and frequent burning out.

Dropped the project halfway. After a while started version 2.0, same old setup with bulb instead of white LEDs. The same kind of bulb in dashboard/speedo backlit. Bought a dashboard holder, took it apart and fixed it over PCB (trickiest part). On test, this setup was successful except light from bulb blinding LEDs crystal effect, but LEDs were still brighter. Tried covering bulb with insulation tape, but tape burnt off in 5 minutes of testing. Eureka!!!! Aluminium foil. Covered the bulb with aluminium foil with one left open.

Finalized the designed. With diodes to separate park/brake connection and resistor for dimming effect, circuit was done.

Fixed over the reflector. Made care not to deform it so that I can return to stock setup anytime in the future. Used rubber sleeves for insulation and entire setup looks direct out of factory (my best ever). No wires cut, not even single mod in body to route connection and strobe unit connected and finally ...........

..... and to be frank, even I didn't expect it would be awesome like this

Really a headturner and blinding in dark 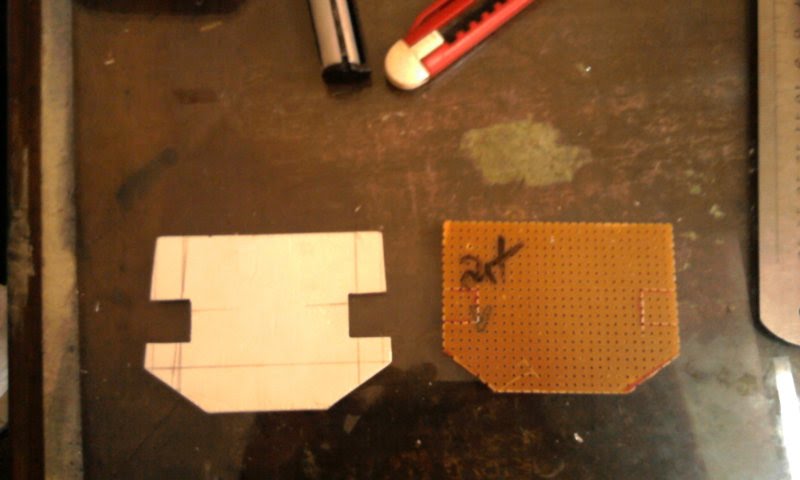 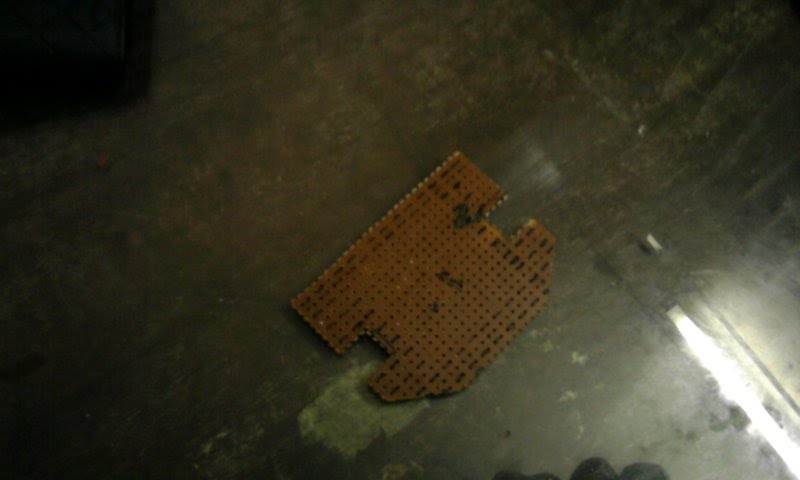 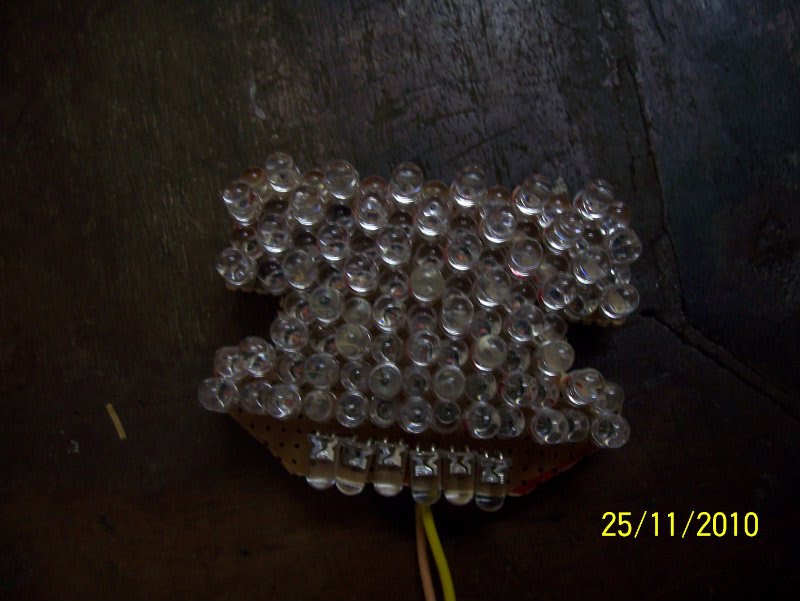 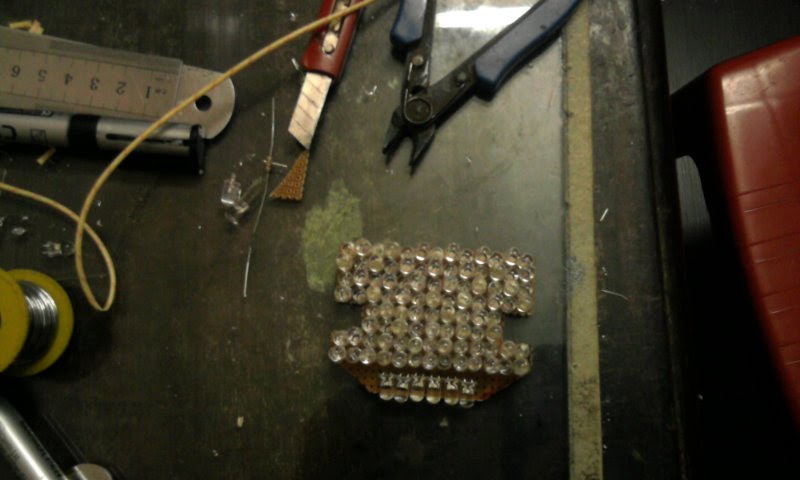 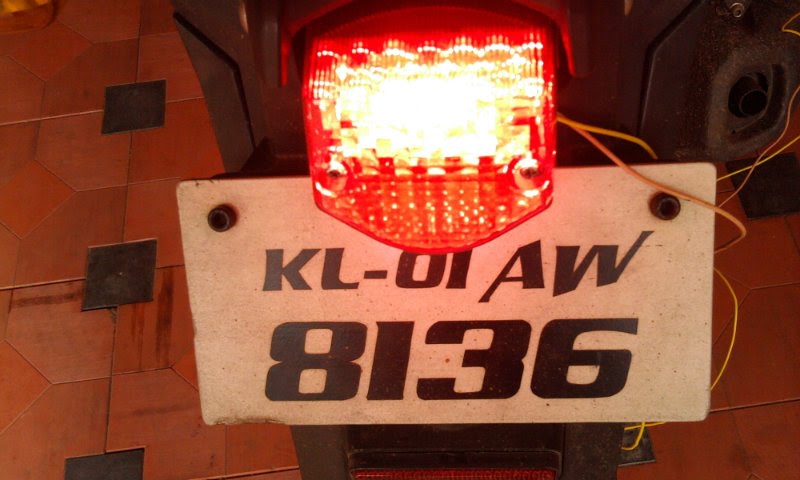 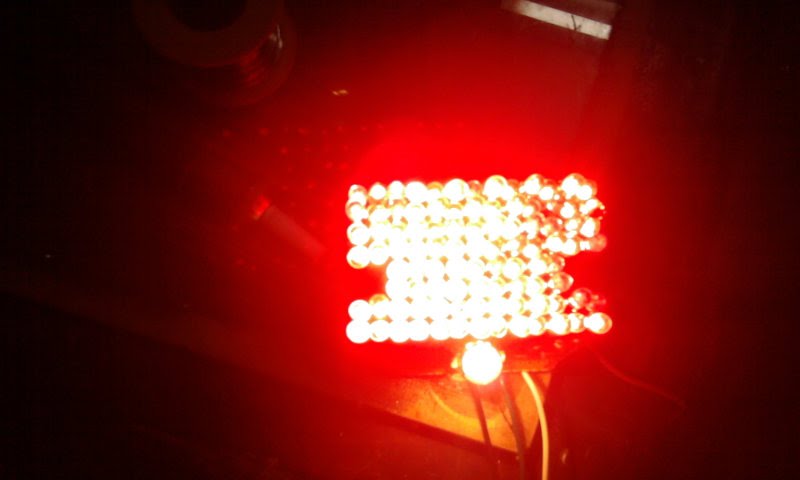 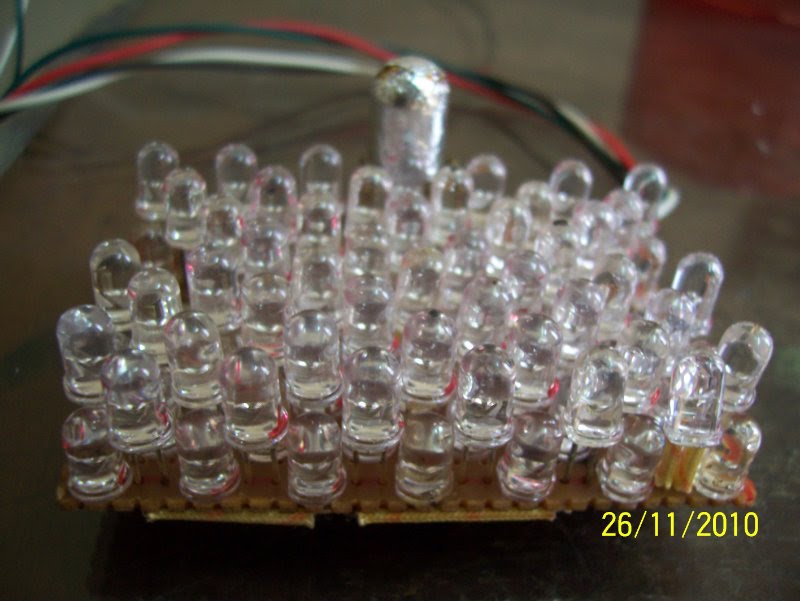 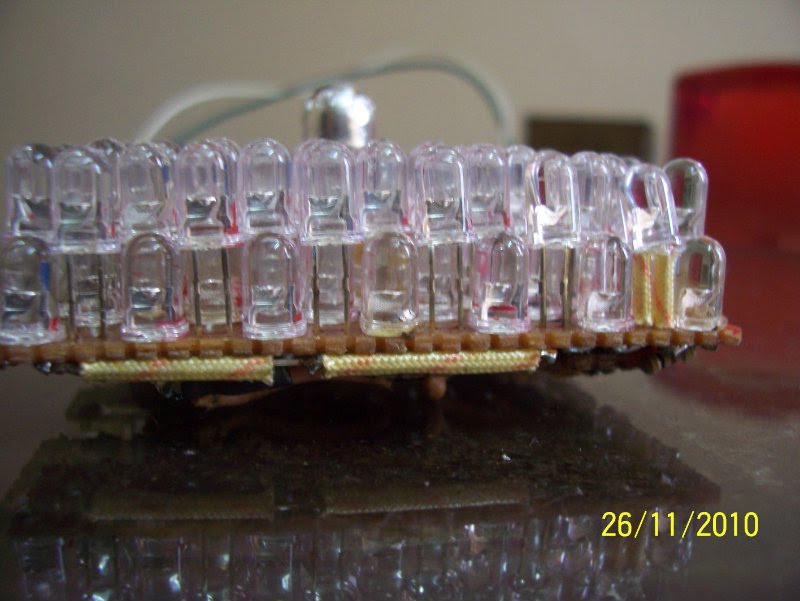 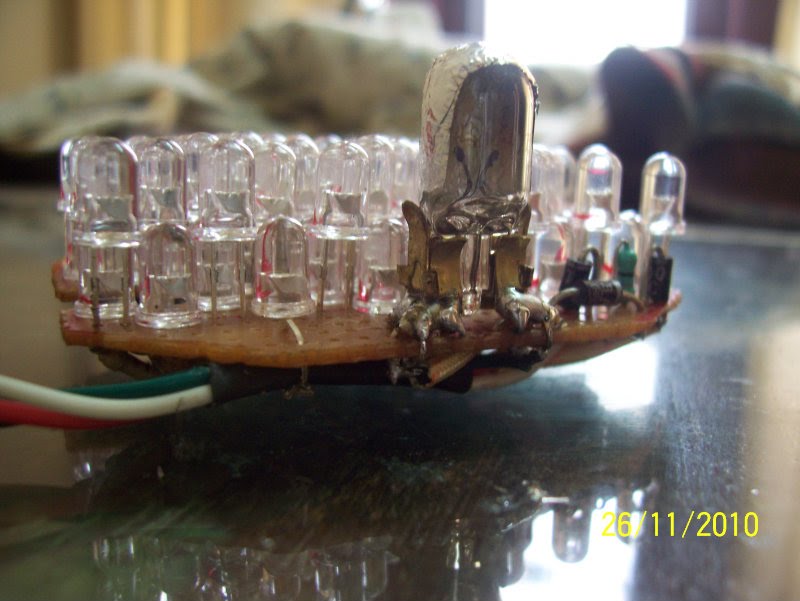 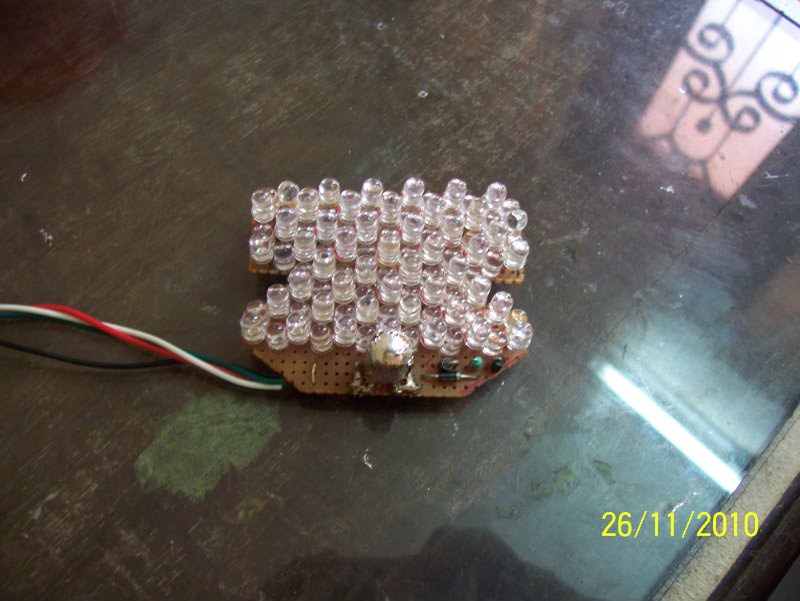 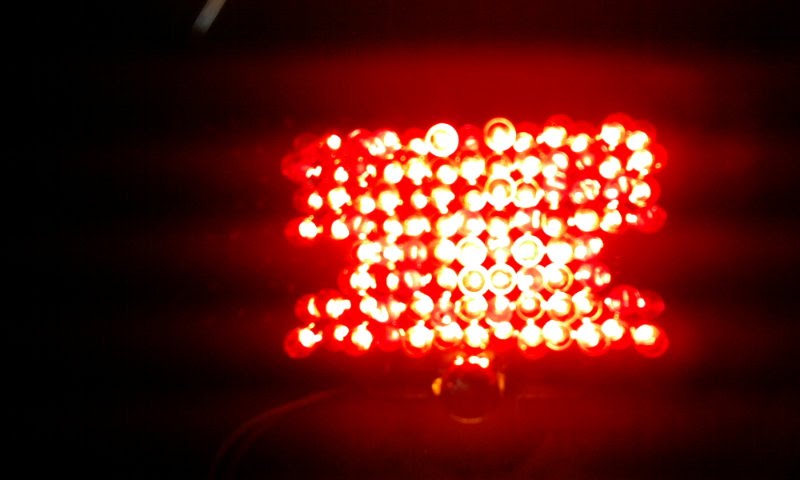 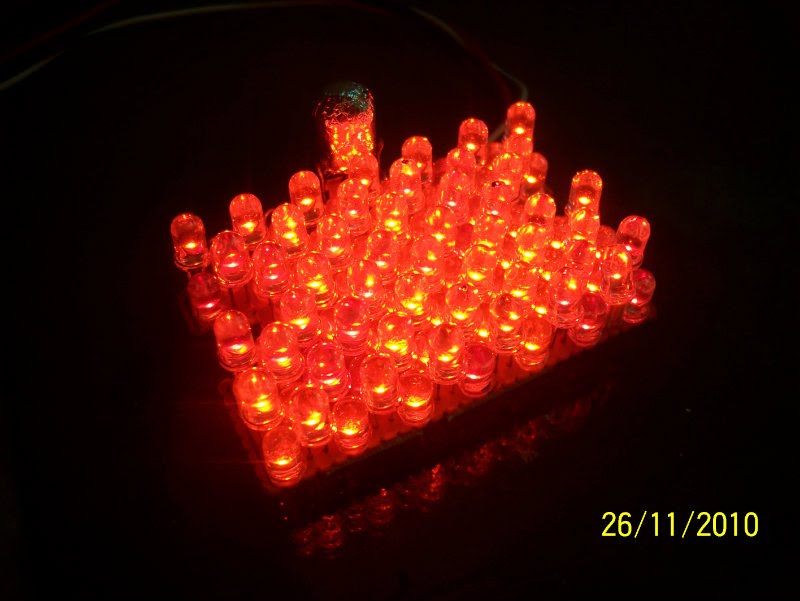 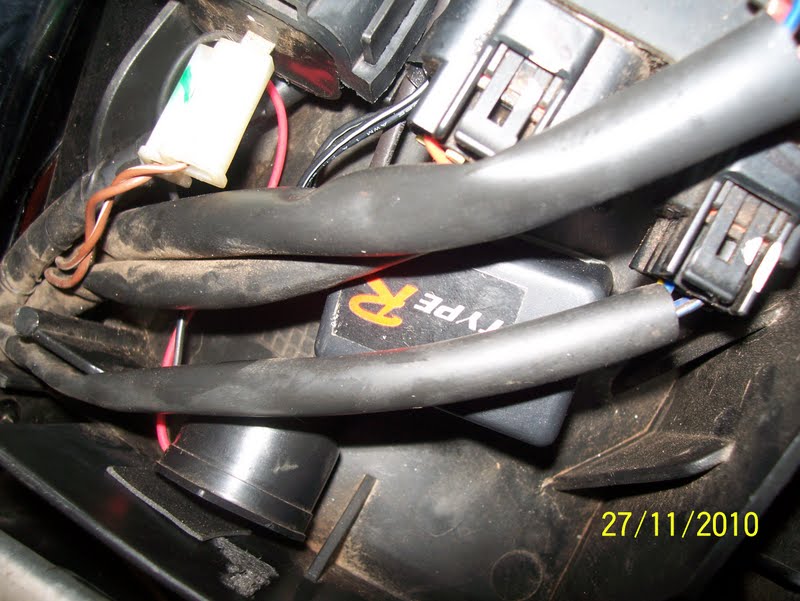 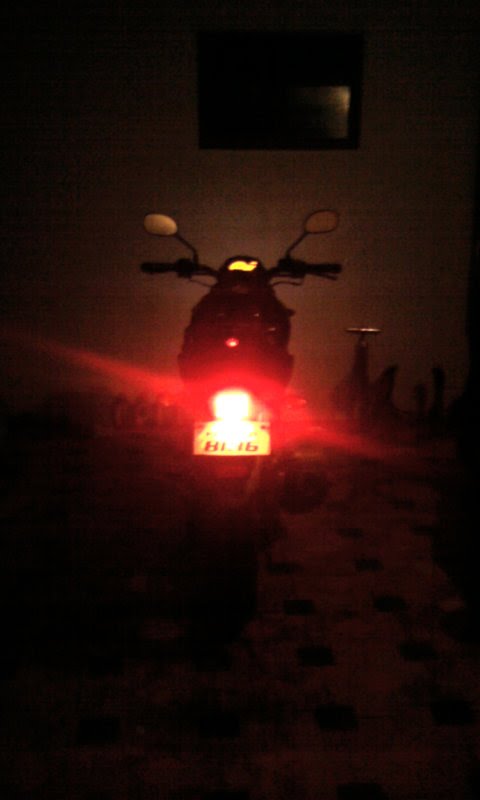 that was an excellent job. worth an inspiration!!!
S

awesome!! so the devil is back with a bang on his DIY's.

man, i salute your skills for trying out new DIYs everytime. congrats and this one is really great.

Thanks all :D
G

Very neat and professionally done. Must be a headturner on streets!!

Well done man , they are looking great! I have never seen a bike having this till now!

TAI is the only place I get appreciated for my works. Everywhere else its simply "just another thing

deville_56 said:
TAI is the only place I get appreciated for my works. Everywhere else its simply "just another thing

Click to expand...
Hey Dilip, thats a great and unique DIY. You have turned that boring looking FZ lamps into a headturner. BTW you havent mentioned use of any resistance, did you use them? If possible, post a circuit diagram of it. You see i am really bad at DIYs.

Akash said:
Hey Dilip, thats a great and unique DIY. You have turned that boring looking FZ lamps into a headturner. BTW you havent mentioned use of any resistance, did you use them? If possible, post a circuit diagram of it. You see i am really bad at DIYs.
Click to expand...
What DIY without resistance

a 61 ohm in parallel for dimming. i'm confusing. i'll post the diagram once done

Purpose of diodes: They act as OR gates. They isolate parklight input connection from brakelight connection. Else when you brake what ever connected to park light connection will turn on and vice versa.

If you are not using strobes, ignore the red colored part.

Hope everything is clear

Dude.. that was simply awesome.! Am looking for the same kinda LED's for my rear fog lamps on my swift.. ! really liked your light. Great work!!
You must log in or register to reply here.