Probably the day isn’t far when owners of Figo can start their ride with a touch of button. Ford might soon bring “Start-Stop” technology as a part of an official aftermarket add-on. The system equipped on this car not only enables you to turn on the ignition but also enter inside without using the key. Your immobilized car will even panic if someone illegitimately attempts to break-in and start the vehicle. Here are exclusive insights on this unique Figo as seen first on The Automotive India.

> Keyless Go function automatically unlocks the car as long as the remote is in your pocket within the specified range.

> All you have to do is to touch the request sensor which is located on the outside door handle to open the door.

> Doors automatically lock themselves after 45 seconds if the car is accidentally left unlocked (As usual in every Ford).

> Similar to Nissan Micra and Hyundai i20 – This Figo is equipped with a “Start-Stop” Button although placed awkwardly next to gearshift.

> Press the button once and music system comes alive. Another press switches on the electricals. Tapping it thrice finally turns on the engine.

> Those who might be concerned about the kids playing around with the button need not to worry because the car will turn on only when the brake pedal is pressed.

> The car starts honking, flashes hazard lamps and locks from inside if someone manages to break-in and turn on the engine through “Start-Stop” Button.

> You realize the major demerit of this system after losing the remote. You have to break one of those glasses and get inside to enter a secret code.

> This code has to be entered through a small panel attached on the dashboard. This assures the car of your legitimacy and allows switching on the ignition normally.

> Although this system is still in an experimental stage. But getting one for your car would set back by upwards of Rs.30,000.

Ford has equipped this function on the base version of Figo for demonstration purpose. 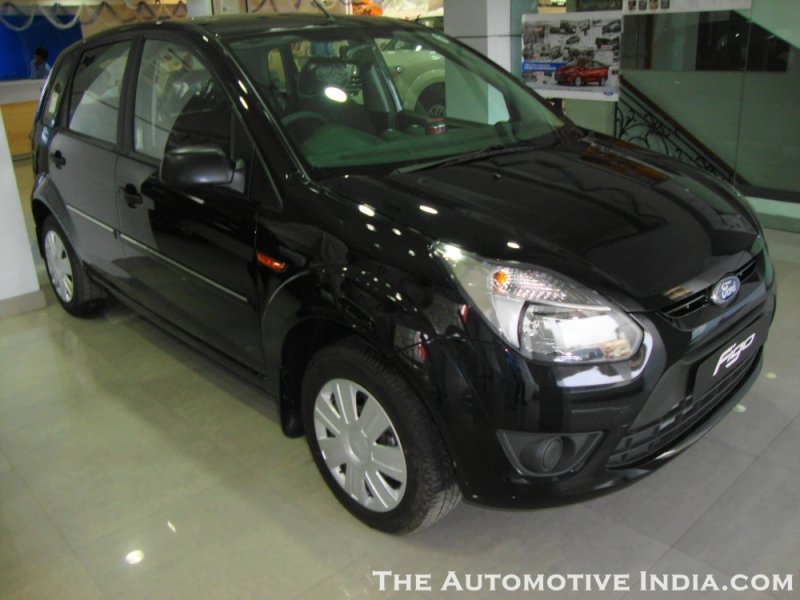 Although cleverly placed but the position of “Start-Stop” Button appears awkward for the eyes. 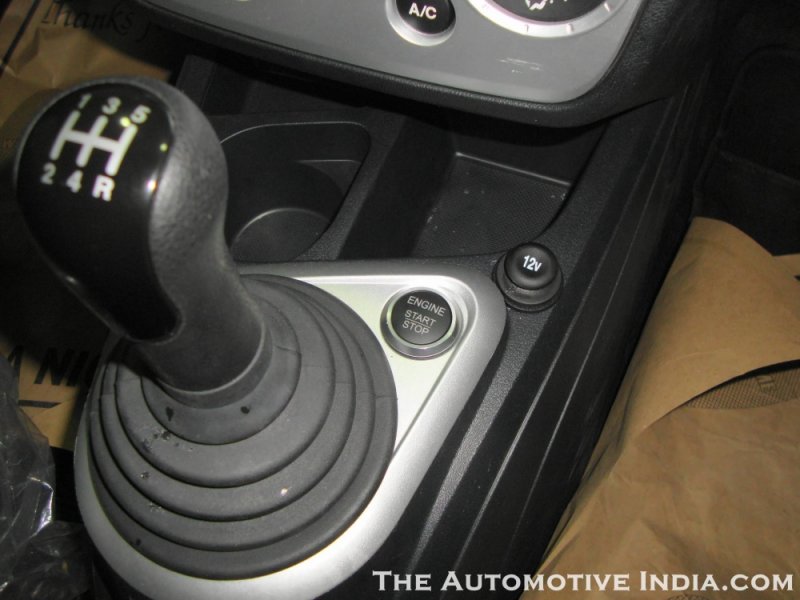 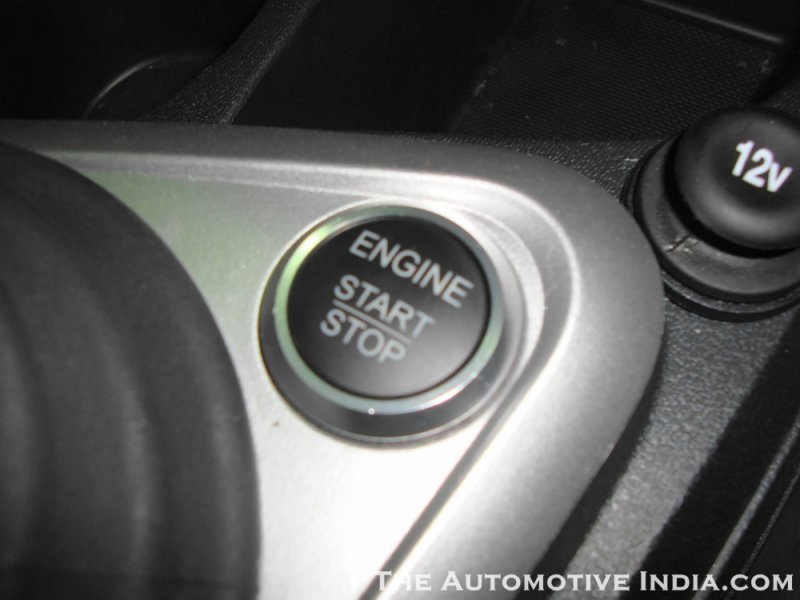 A view of the request sensor on the outside door handle. 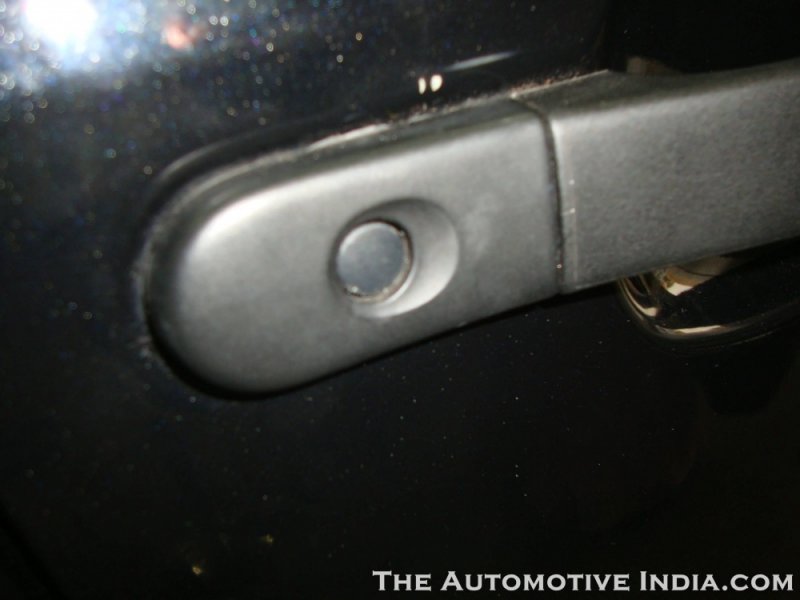 A small panel to enter the secret code if you happen to lose the remote. 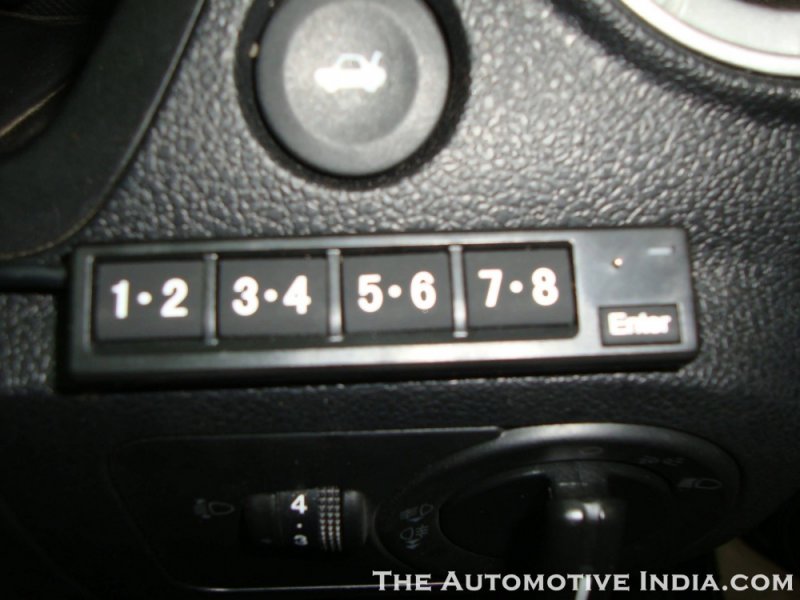 Nice feature. However having to press the button thrice to start is a bit inconvenient. Not sure how it is in the Micra and Cruze.

@P3T3R - In micra, just one press is enough to start the vehicle!

jihu123 said:
In micra, just one press is enough to start the vehicle!
Click to expand...
Nissan Micra also has three modes but the difference is that the first two modes function without pressing the pedal (Clutch in this case).

> You realize the major demerit of this system after loosing the remote. You have to break one of those glasses and get inside to enter a secret code.
Click to expand...
what have they done

why not give a key hole behind the sensor. and will the insurance pay for deliberately breaking the glass and getting in ?
insurance will cover the lost key but not the glass i think.

Nice feature, but, a costly one....not sure how many would upgrade their FIGOs. Instead if these features, it would have been better if FORD could have just given a feature of door lock and unlock with a small beep.

is ford gonna bring it in new figo by any chance??

What is the cost? And what about electrical warranty ?

Is this Fords ploy to clear off current inventory so that they can bring in the face-lifted Figo to India. Hey, new Figo looks like Alien.

> You realize the major demerit of this system after loosing the remote. You have to break one of those glasses and get inside to enter a secret code.
Click to expand...
wont breaking glass alarm car that time? i want to get in in my car but dealer have got no idea

dodge_v1per said:
is ford gonna bring it in new figo by any chance??
Click to expand...
S Class said:
Is this Fords ploy to clear off current inventory so that they can bring in the face-lifted Figo to India.
Click to expand...
There’s no confirmation about this feature coming as OEM. It’s just a speculation at the moment.

Surfer said:
What is the cost? And what about electrical warranty ?
Click to expand...
The cost is Rs.30,000+. I don’t think it would affect the warranty since it’s the authorized dealership who’s going to install the system.

ford_fan said:
wont breaking glass alarm car that time? i want to get in in my car but dealer have got no idea
Click to expand...
Yes, the car will trigger an alarm as soon as someone attempts to break-in. Ironically, You have to enter in your own car a burglar if you lose the remote.

I rather feel, Rear Power Windows with Central Lock would have been a boon for many (every) Figoians. Don't understand why always luxury is prioritized and basic safety is compromised.

one can get after-market stop-start button for 11k

My wishlist in the face-lifted Figo would be rear power windows, alloys standard across Titanium variants, steering mounted audio controllers and a minor facelift to the dashboard.
I don't feel it makes sense in adding start stop button feature as most of the buyers in this segment won't expect such features. I prefer keys to be more convenient than a start stop switch or button.
You must log in or register to reply here.