DIY - How To Remove Sunfilms From Your Car

As you all know that Gov't has implemented a rule to remove sun film on our car.

Any way we could not save the money as the sun films are peeled off, why not save money atleast when they are to be remove, people are charging around 200 - 400 rs, so here I start a DIY to remove them..

Total cost not more than 30 rs.

Here are some pic's : 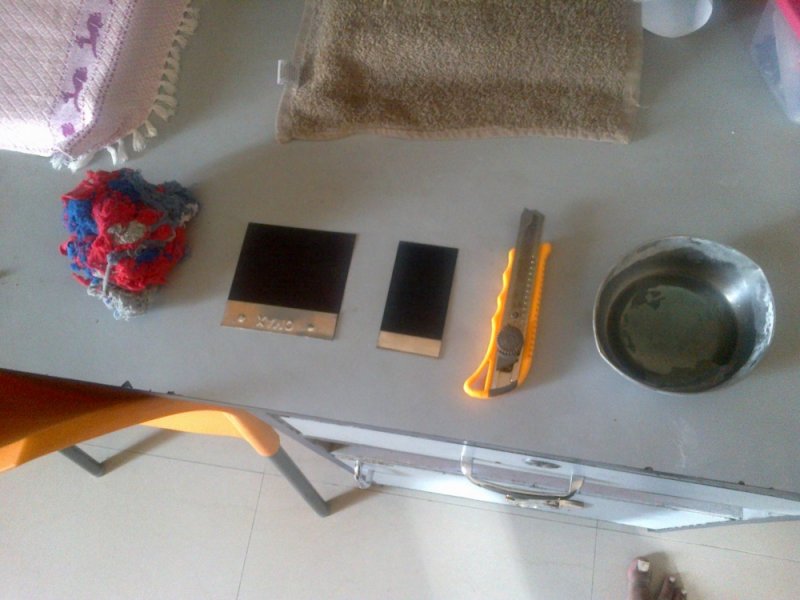 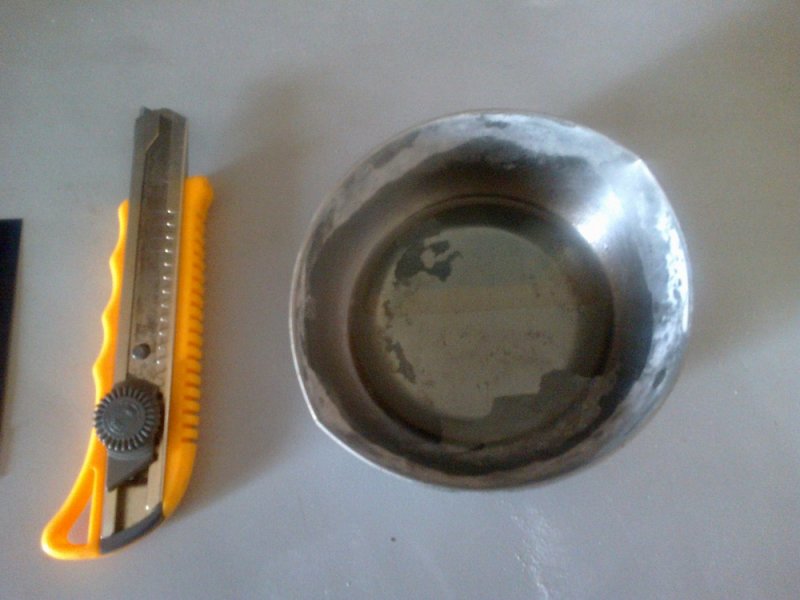 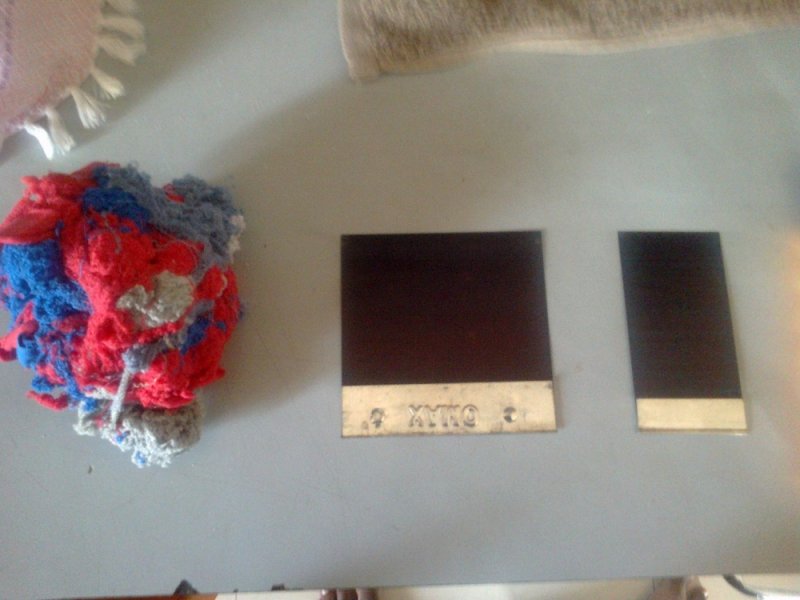 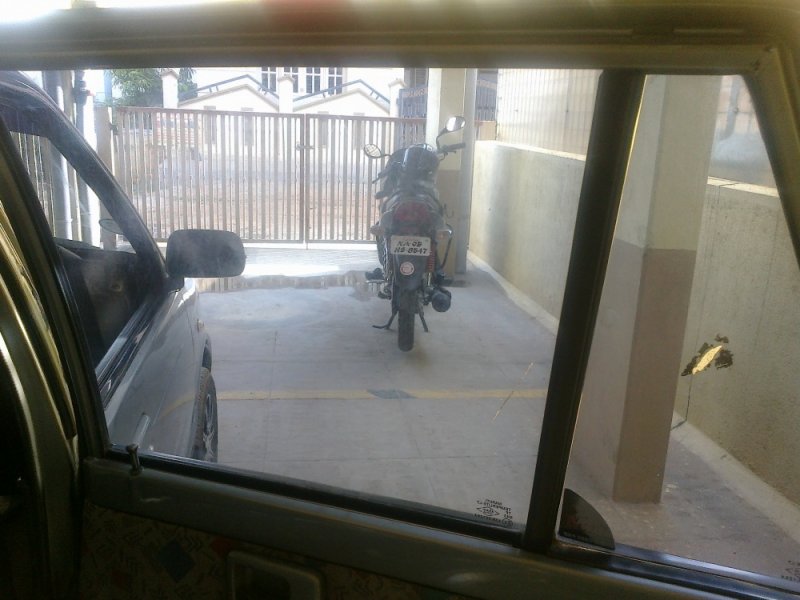 Need to cut the sun film at the corner of the glass and start pulling it slowly.. 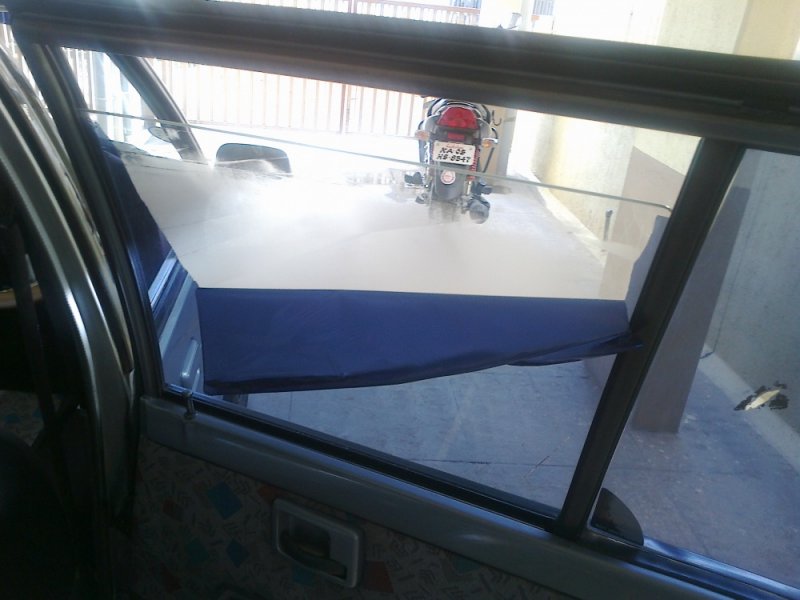 After Remove, the gum of the sun film would be present on the glass, just clean it with kerosene (I have used, you can also use petrol/ diesel) 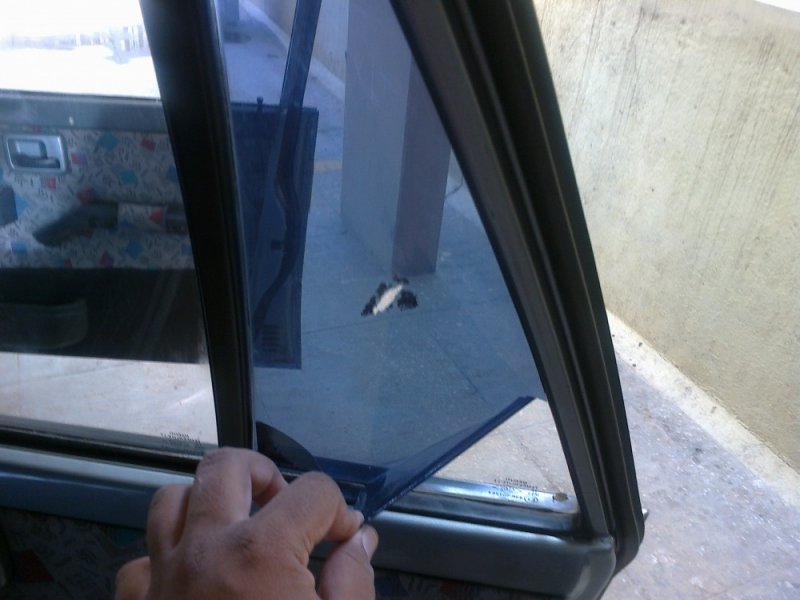 Final one, after cleaning ,plain glass.. 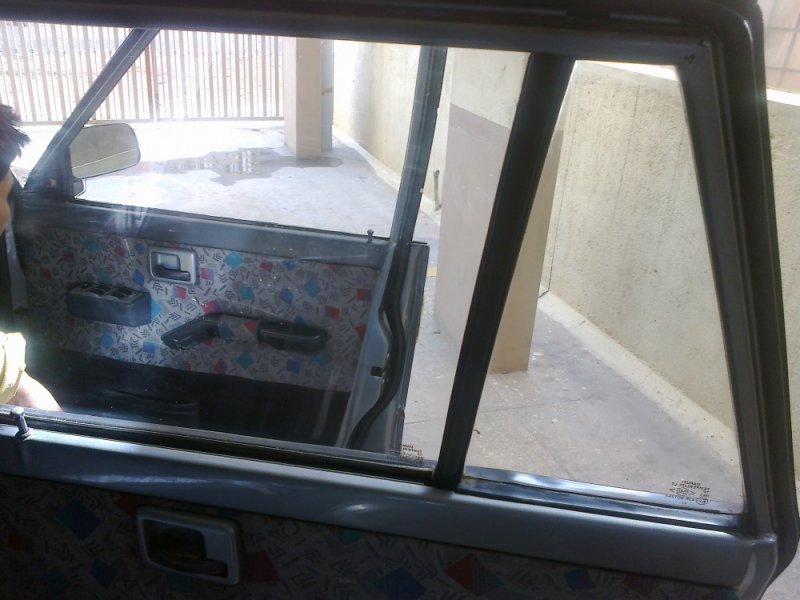 Hope this thread is useful...

Fantastic. Thanks a lot for this DIY. +1 repute since it is going to save us from being exploited at accessories shops which are asking as much as 200 bucks for the job.

I paid rs 150/- for removal from my beat with rear defogger.

Another user jalex posted this in this thread.
http://www.theautomotiveindia.com/f...rs-no-sunfilms-allowed-4th-may-2012-a-12.html

Came across this: How to safely remove sun film from cars | Cartoq - Honest Car Advice


Might be helpful for a D.I.Y Sun Control Film Removal and I guess you can see that its not going to be a neat job if done by the Cops after flagging you down for violation.

How to remove sun film from side glasses


Step 1: Clear the window of all clutter and obstructions such as roller blinds etc.

Step 2: Park the car in the sun for a few hours till the windows are really hot

Step 3: If you have a steam blower or hair-dryer, use this to blow hot steam or hot air directly on the window film.

Step 4: Using a flat razor blade, pick one corner of the film by slicing parallel with the glass to lift up the film’s edge.

Step 5: Continue using the hair dryer or steam blower on the film and keep peeling it back from one side. The more heat you use on the film, the more easily it will come off.

Step 6: Some bits of film may still stick to the glass. To remove this you will need to spray it with an ammonia-based spray like Mo-Kleen or Mr. Muscle.

Step 8: Spray the entire window with an ammonia-based spray and then wipe it with a micro-fibre towel.

Step 9: Use soapy water made with any household detergent to wash off the ammonia spray and bits of glue. Dry the window using a clean cloth or chamois leather.

Step 10: Using a commercial glass cleaner (like Colin), spray the window and buff it with a micro-fibre towel to restore its shine and remove any tiny scratches from the surface.

How to remove sun film from front and rear windscreen


Removing the sun film from a rear windscreen that has an in-built defogger or a built-in embedded radio antenna in the glass is a tricky job. Since the defogger and the antenna are actually tiny copper based paint strips or copper wires stuck on to the glass, when you peel film off the window, you actually risk cutting the defogger or destroying the radio antenna as well.

Step 1: First you will have to soften the film entirely, for this get a sheet of plastic or many old plastic bags or garbage bags.

Step 2: Put some newspaper on the dashboard or the rear-parcel tray. Spray the entire window with a strong ammonia-based cleaner (Mo-Kleen or Mr. Muscle). You can also get ammonium solution from a chemist and dilute it slightly to use.

Step 3: Place the old plastic bags or garbage bags over the ammonia-solution soaked film and leave it like that for about an hour or two, with the car parked in the sun. The sun will heat the glass, while the plastic bags will prevent the ammonia solution from evaporating and will instead allow the corrosive solution to soak into the window film and dislodge the film’s glue.

Step 4: Take a flat razor blade and keeping as parallel to the glass as you can gently lift the film from one corner where there are no defogger strips or antenna wires.

Step 5: Keep pulling the film gently and continuously keep spraying the ammonia solution on it as you pull to keep the glue from drying up.

Step 6: Once the entire film has been removed from the glass spray it liberally with ammonia spray and use a rubber wiper or magic-wipe kitchen towel to remove any sticky bits of glue.

Step 7: Use good glass cleaning solution and spray the glass liberally. Wipe it clean with a micro-fibre towel to restore its shine and remove any fine scratches or bits of glue left behind.

Thank you fellow TAI'ans for a DIY that is quite relevant in India following the orders from the Hon. Supreme Court .
I feel this Do It Yourself activity to be very much helpful for all TAI'ans
S

You can also try silicon remover , sold in paint shop , 280/ per lit

Does the job clean.

Other branded are there , but costlier.

i generally buy for our work at car paint shop , no idea if sold in other paint shop..

Here are some more pic's

How to start peeling of the sun film, I have done it on front glass..

Just need to start from the corner end with a blade and slowly pull it then it is done.. 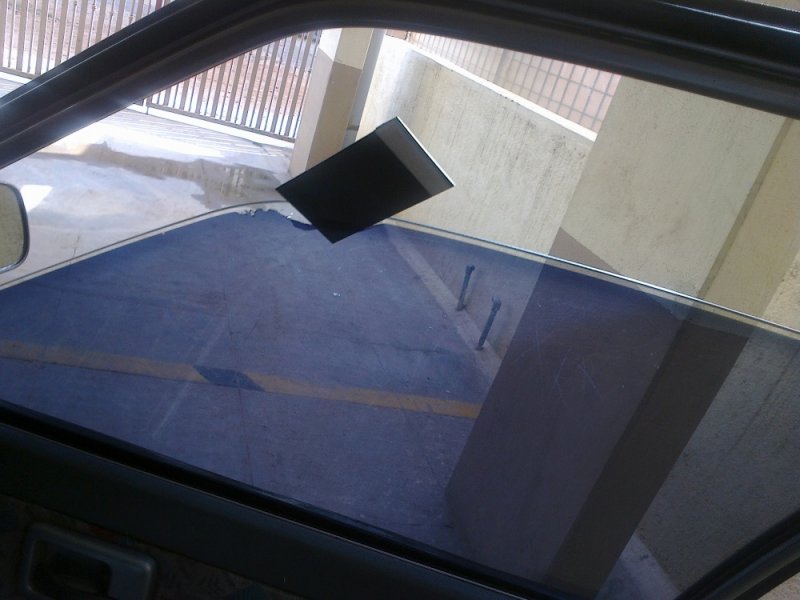 The toughest one -
Some times, this type of sticky thing with sun film color stays on the glass, so just apply kerosene start scratching with the paint blade slowly, almost 90% of the glass will be cleaned, then use the cloth to clean it.

Glass after the sun film removed.. 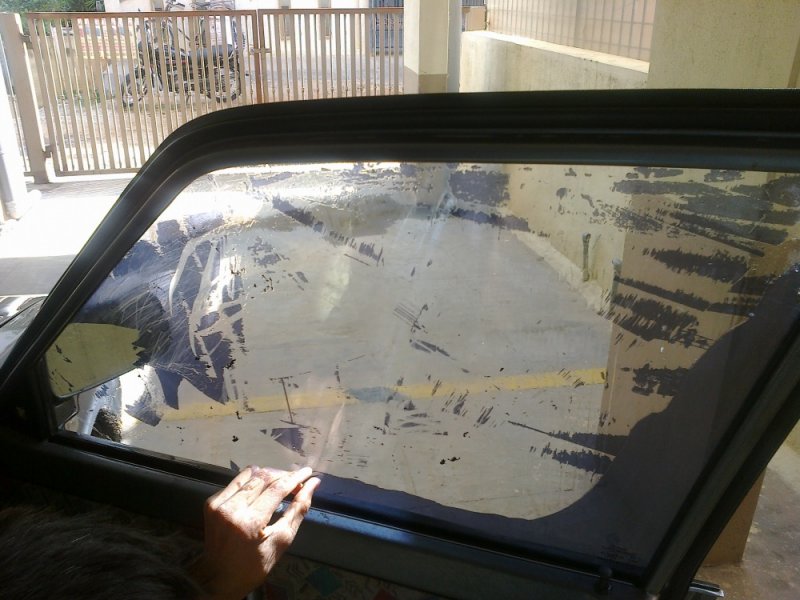 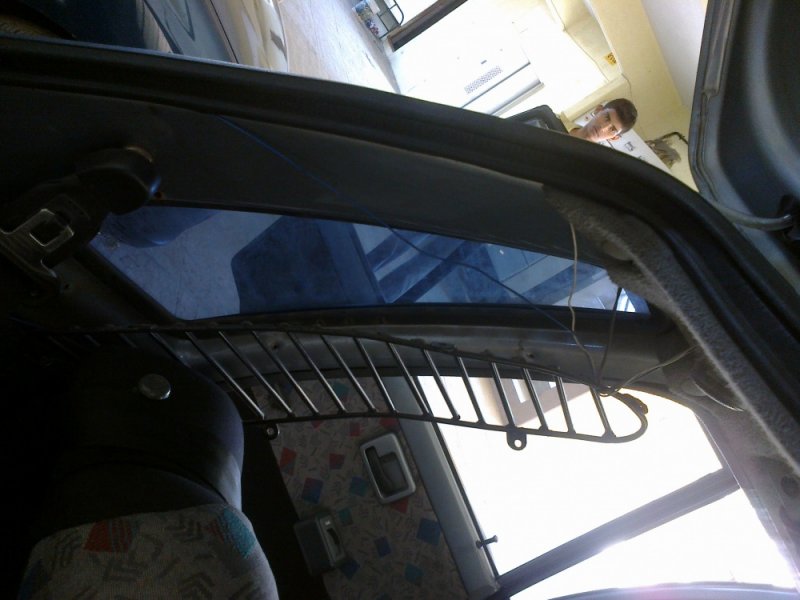 Finally how the car looks with out sun film - IMO very bad.. 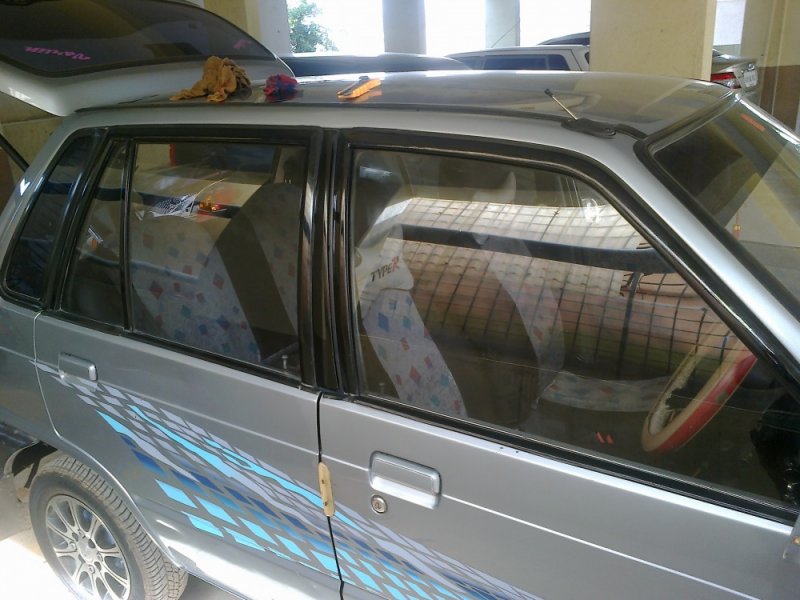 At the last please use colin / any glass cleaner to clean the stains on the glass..

Me too was thinking to use a hair drier, but dint have one.. It is not so much necessary.. It is only necessary when the sun film is old and peeling off would be easier after heating..

Cars with rear defogger please use hair drier as it may also peel of the mercury strips of the defogger which causes it not to work..

350Z said:
Fantastic. Thanks a lot for this DIY. +1 repute since it is going to save us from being exploited at accessories shops which are asking as much as 200 bucks for the job.

Drive Safe,
350Z
Click to expand...
My cousin was quoted Rs.600 or removing the tints off his Ritz. He has some premium ones and its the low cost ones that are harder to remove.

so finally had to remove tints from my car as well , i removed myself

and there was no sticky thing just some lines . easily cleaned through colin.

Premium ones are damn easy to remove.

wurth/3M etc are easy to remove , they dont leave the glue mark at all.

i installed a tint on my car and asked the guy if it was good or not. i meant if it will block heat or not.

How about garware films. Easy or difficult to remove?
You must log in or register to reply here.