Most of us live in metro cities with fast routine, road rage, crimes, pollution and a lot more, every now and then and it seems that day isn’t far enough when we’ll walk on streets with an oxygen mask along. However, there’s still a place in our very own country which is yet distant from the city life and is in true sense “India”, called Saharanpur situated in Uttar Pradesh (Popular for its wooden work across nation) with no suffocation and no stressful life unlike in our cities. Though from sometime now, the traffic has been increasing there eventually and one can easily notice all kind of vehicles starting from bullock-carts to “jugaad” three wheelers to tractors and trucks, and Yes, They all run on very same roads, the roads which doesn’t have cops allotted, the roads which doesn’t have markings, the roads which have countless potholes serving as speed breakers, the roads which have cow dung lying. Now you know why I earlier said that this town is in true sense “India”. However, In spite of all this, there are some real appreciable things hidden and most important is the culture of localities, I bet they are polite than in any city in India, As an Instance, If a vehicle hits another, Their drivers don't stop and start fighting, rather they smile and move forward, Mind you, I've noticed this not only once but many times! Since this trip of mine wasn’t a holiday or vacation, I’ve just clicked a few pictures which I’m sure you’ll enjoy. So come forward and Let’s discover “Incredible India”.

Don't be fooled by what you see below, The roads aren't as empty in peak hours as they look to be. 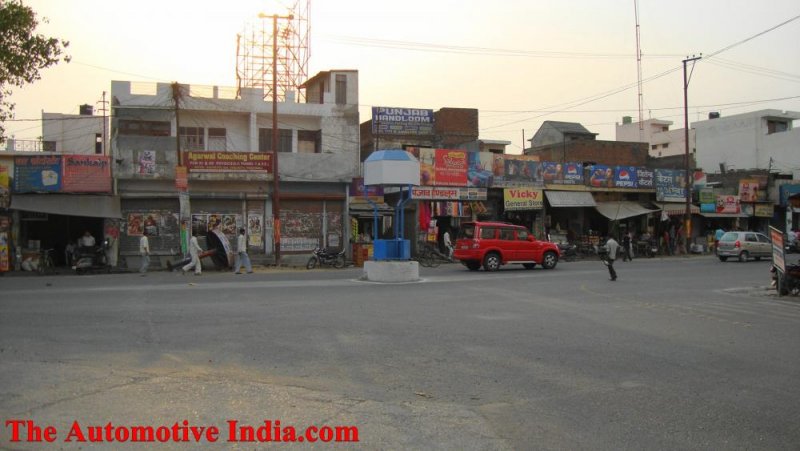 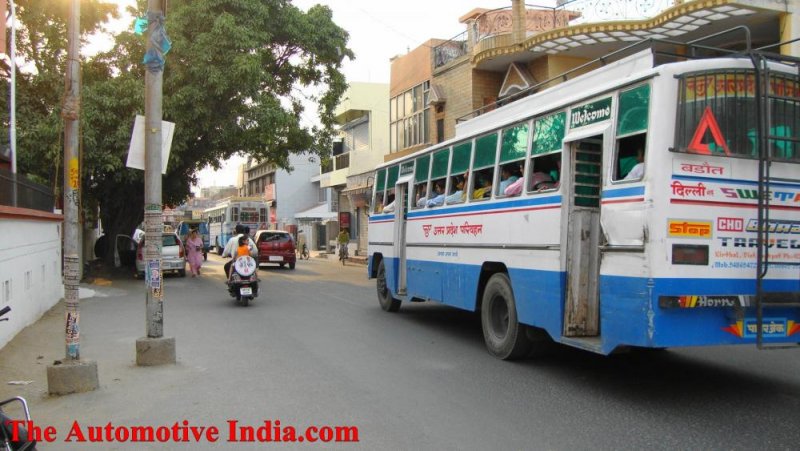 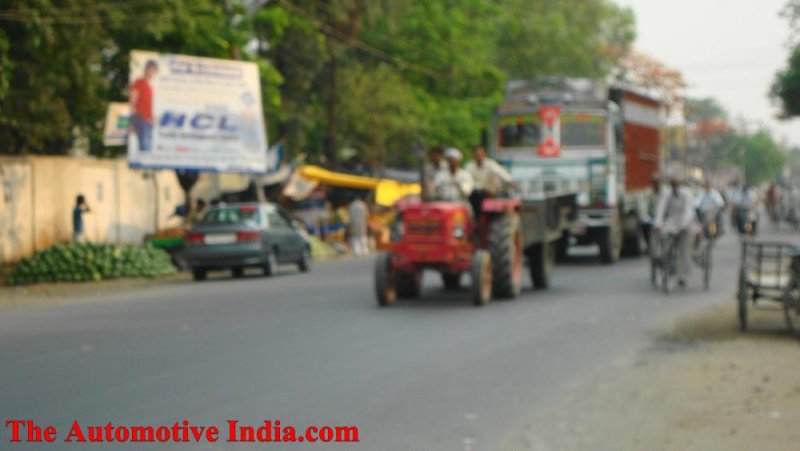 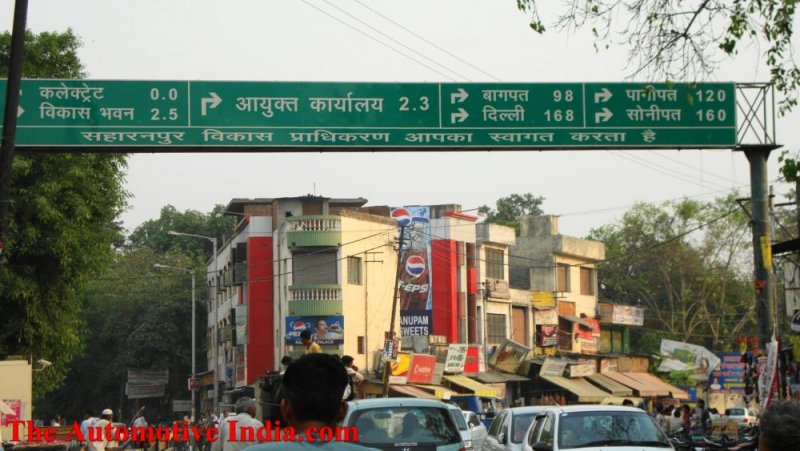 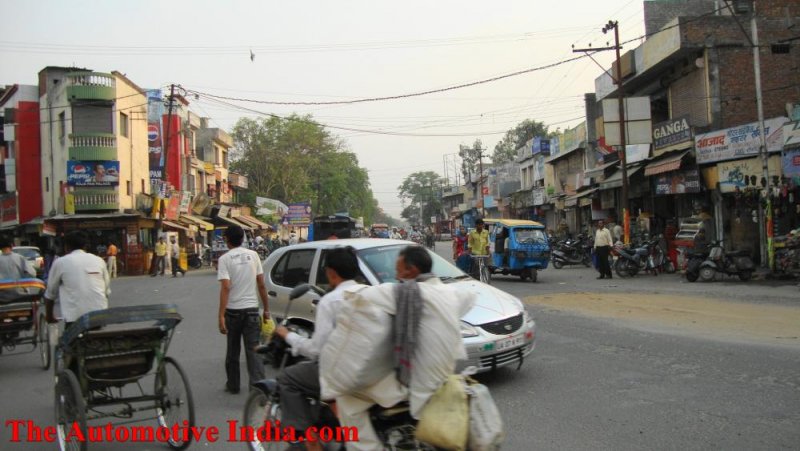 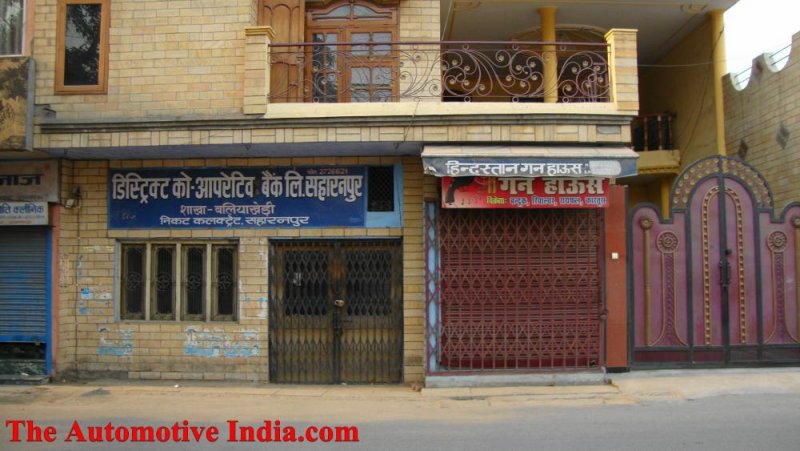 The Indian Version of Cambridge & Howard. And Yes, They are Excellant in their work. 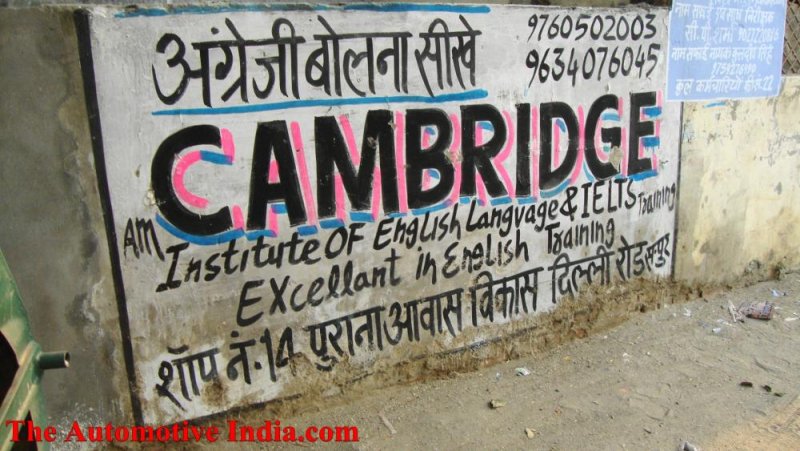 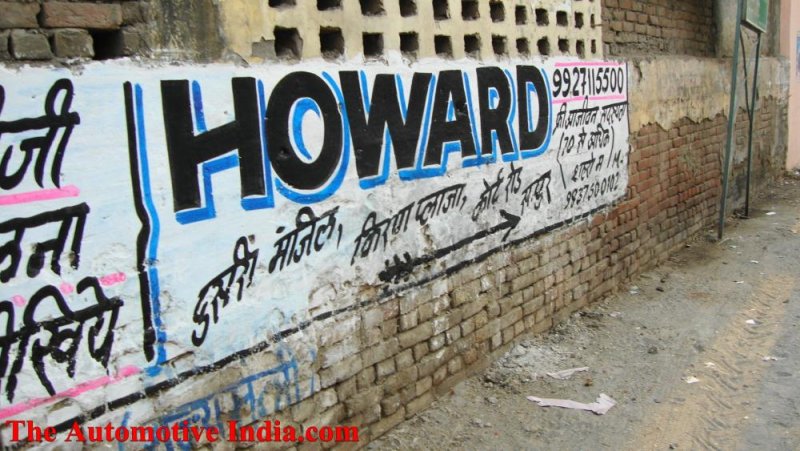 A Twister on Display, other day Tata had their stall at same place right in front of Honda Showroom. 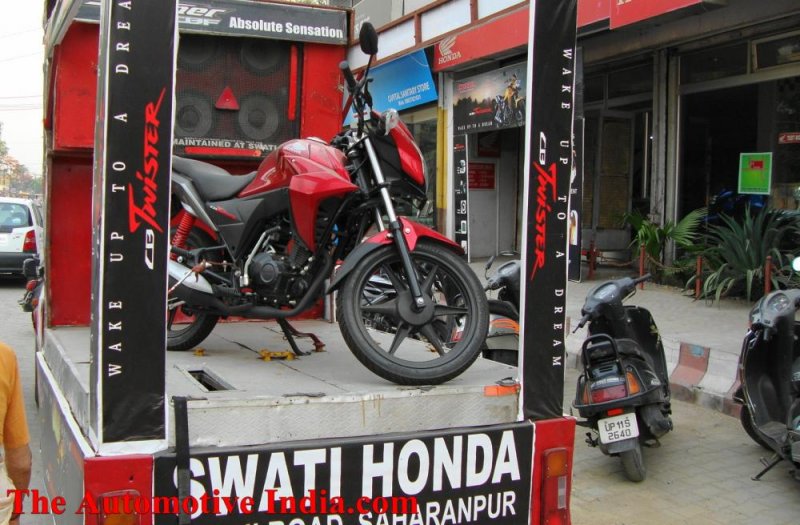 Open ground, Plants and Trees and a lot of fresh air, You rarely spot such scenes in cities. 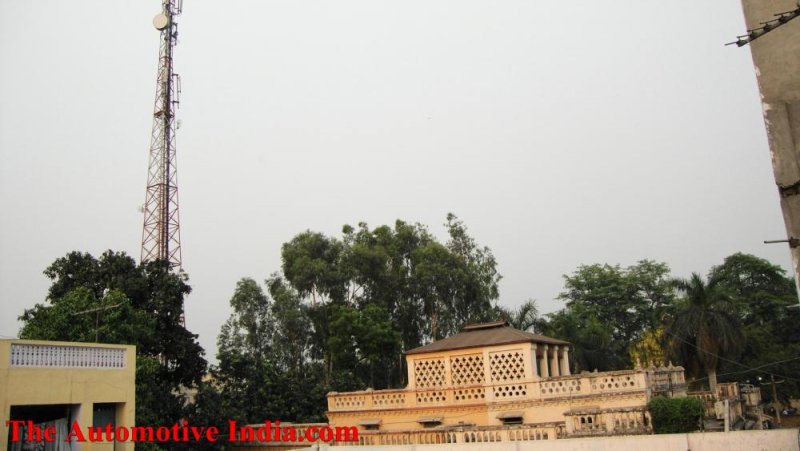 A quick preview of Indian Railways with some most intelligent persons of earth hanging out of doors in running train. 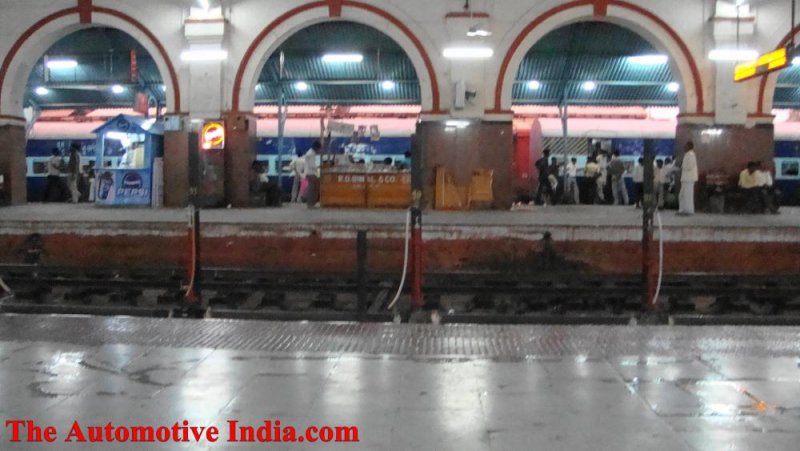 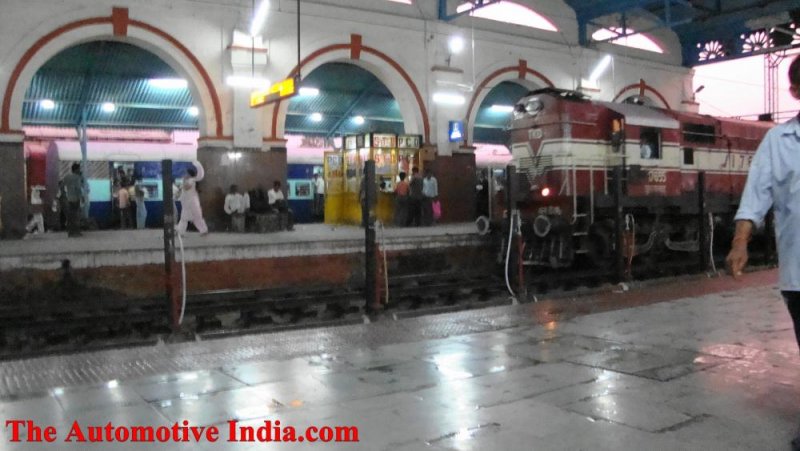 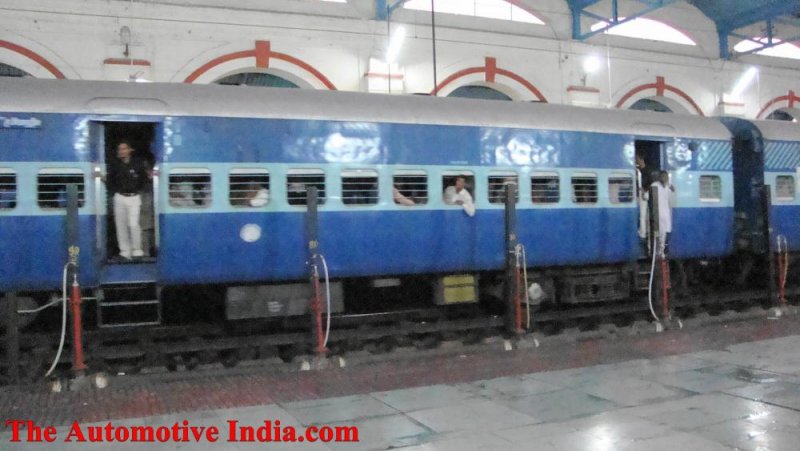 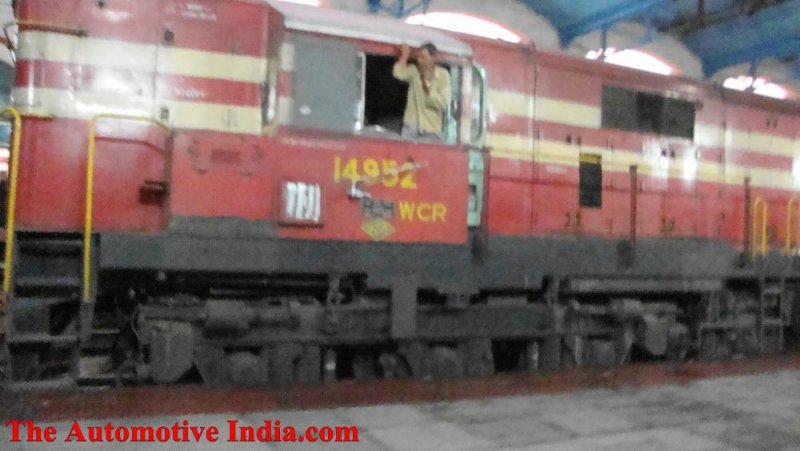 Thats true. In small town you can beat your stress for sure.

I thought this thread was regarding the ad of new Bajaj Discover.

Regarding the topic, there are many places in India which is calm and quiet than cities. But many people dont visit those places even if the places are near. These places are really worth the visit.
BTW, nice review Vibhor.

Thanks! One thing I missed to highlight is that you can notice lots and lots of Honda Activas there, Now I understand from where Honda is earning more by selling their Activas.:suspect:

these rural places always reflect true India! But glad to know they don fight for accidents but why should they! I mean they don have the stress of riding in bumper to bumper traffic , annoying traffic jams and signals and reckless bike or cab drivers!

350Z said:
Thanks! One thing I missed to highlight is that you can notice lots and lots of Honda Activas there, Now I understand from where Honda is earning more by selling their Activas.:suspect:

And re the Activas ... they are having a waiting list of a couple of months, at least.
I wonder if Bajaj is ruing vacating the scooter segment!!

here in south too there are lot of villages . some have even newly put state roads.

sometime i take this detour route for driving pleasure.

In village here down here , one can find lot of tvs 50 and xl

in bikes earlier there were lot of splendors , now half of them are replaced by star city with ES. Youths there have apache in less number , pulsar in more.

@Cooldhaya, Bumper to bumper traffic? The cars there doesn't even have bumpers and you speak about traffic?

Jokes Apart, This must have given you a little idea. The traffic is certainly present there and so the noise pollution, especially due to the "unique" three wheelers which come with a tractor's engine (or at least thier noise!) as standard.

I liked the 1st pic.
Nice pics Vibhor.
I have never been to Delhi.
How about some travelogues of famous places in and near by Delhi???
Esp for 1st time visitor.

There are a tons of tourism spots in Delhi and you might be surprised to know that there are some famous places here which I've not even visited yet! But surely, I'll soon create a thread dedicated to Delhi with lots of pics.

mukeshus said:
.
How about some travelogues of famous places in and near by Delhi???
Esp for 1st time visitor.
Click to expand...
This is good idea.

Mukesh, why don't you create same for our Bangalore. Sure we can also contribute.

Hey Vibhor Saharanpur is no good...I have been there..close to Doon.It is just like Delhi-bad traffic,too much pollution,inefficient Police,people have no driving sense.The worst part is that the city has too many two wheelers(in Doon too) & they have absolutely NO sense of traffic.This is no place to find bliss from a metro like Dlehi..it is BAD!
And ofcourse people speak UP style(im talking about the backward class) u know abusive style;)
And I can't believe what you said about people not arguing in an accident...might just be by chance but hell they do!!

That is a nice idea about Delhi and bangalore...I would do one on Doon!

RSM said:
This is good idea.

Mukesh, why don't you create same for our Bangalore. Sure we can also contribute.
Click to expand...
Yes RSM why not.
We can contribute, Bangalore has lots of temples and ashrams.

350Z said:
The traffic is certainly present there and so the noise pollution, especially due to the "unique" three wheelers which come with a tractor's engine (or at least thier noise!) as standard.

I gave a try for fun to one of that vehicle and this post will be incomplete if I don't mention that it was horrible experience, My head just kept shaking for a few minutes after getting down from it.

@siddhant, Yeah, It is close to Dehradun and You're correct about Traffic + Noise Pollution. However, For me it was really a different and unique experience, it seems that maybe you didn't had a soo good time there.