Fiat Argo and Cronos, zero vote in the crash test


Fiat: the Argo and Cronos models got a score of zero stars in the latest crash tests performed under the latest Latin NCAP protocol. In the frontal collision test, carried out at a speed of 64 km / h, the protections of the Fiat cars for knees, thorax and head were particularly negative. Basically the whole body was exposed to damage, and in general the structure of the passenger compartment has not shown that it can withstand certain impacts. The lack of side airbags, now the norm among cars sold in richer countries, has certainly weighed on the results. It must be remembered that with the protocols used in the past, Argo and Cronos had obtained three stars for the protection of adults and four stars for children: but in the field of safety, those who stop are lost, and with the new evaluations there has been no way to repeat the same performances.

Fiat Argo and Cronos (replacements for the segments once occupied by Punto, Palio, Linea and Siena) are produced in Argentina and Brazil, with 2 front airbags and no standard ESC system. Despite this worrying scenario, Stellantis, through Fiat, has announced that it will soon improve this model and will volunteer for testing, to demonstrate the improvements. 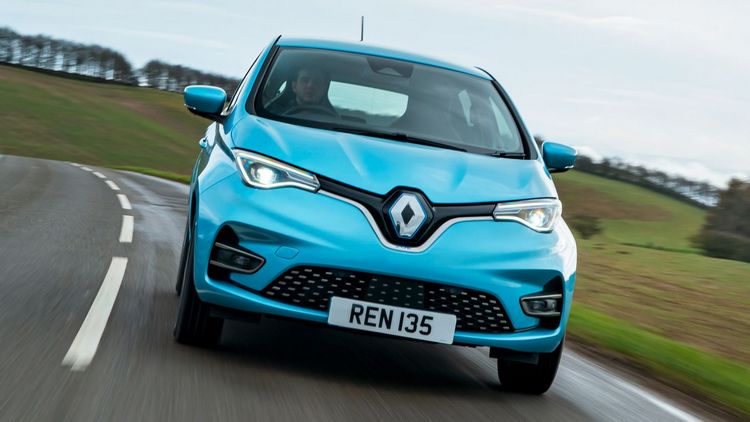 The Renault Zoe has become only the third car in Euro NCAP history to be awarded zero stars for crash safety. The previous version of the popular electric hatchback received a five-star rating in 2013, but thanks to more stringent safety tests and the omission of certain safety features, the latest model scored poorly.

The Zoe didn’t fare well in the frontal offset crash test, with Euro NCAP citing poor protection of the driver’s chest area. It performed worse in the side pole test, however, which simulates hitting a tree or lamppost side-on. According to Euro NCAP, a third of these accidents are serious or fatal, and the pole struck the test dummy’s head when testing the Zoe.

A key factor in the Zoe’s poor performance is the removal of a head airbag, which protects occupants from side impacts. Renault introduced this type of airbag in 2001 with the Laguna 2, which became the first car to achieve a five-star Euro NCAP rating. The Zoe’s 43% adult occupant safety score is the lowest in the past 11 years of testing.
The Zoe also lacks some driving assist systems commonly fitted to modern cars as standard, such as lane-departure warning and autonomous emergency braking. This resulted in a 14% safety assist score, 61% lower than average this year.

Elsewhere in the Renault group staple, the Dacia Spring EV, which could arrive in the UK next year, also scored poorly with a one-star rating. Testing revealed a chance of severe chest compression and a shortage of leg and pelvis protection during frontal impacts, resulting in an adult occupant protection score of (49%). Crashes could result in serious head and neck injuries for child occupants, too. 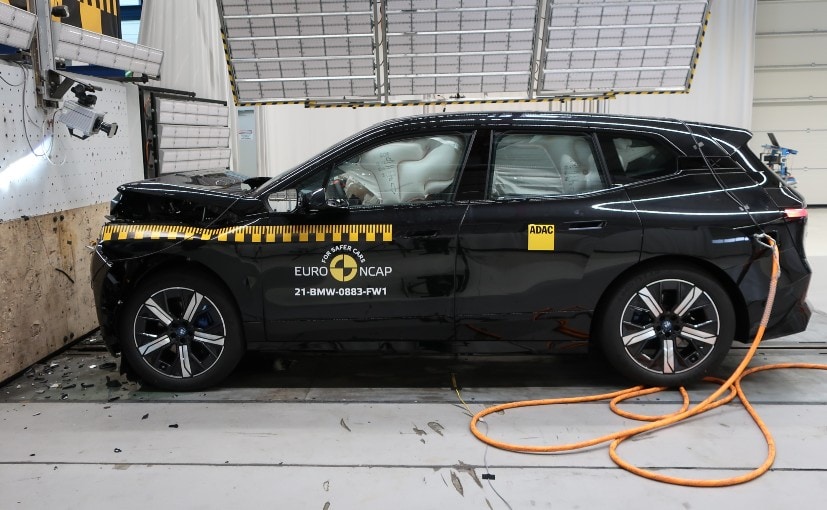 The BMW iX is the brand's all-electric SUV and will soon make its way to the Indian market. Ahead of its launch, prospective buyers will be assured to know the new electric offering has scored a five-star safety rating in the Euro NCAP crash test results. And going by the findings, the new iX is also one of the safest cars to be made in recent times. While the car did not score top points across all tests, it managed a stronger average score with a 91 per cent safety rating for adult occupant protection. Meanwhile, child occupant protection stood at an impressive 87 per cent. The electric SUV scored an 81 per cent rating in the safety assist systems in the Euro NCAP crash tests. 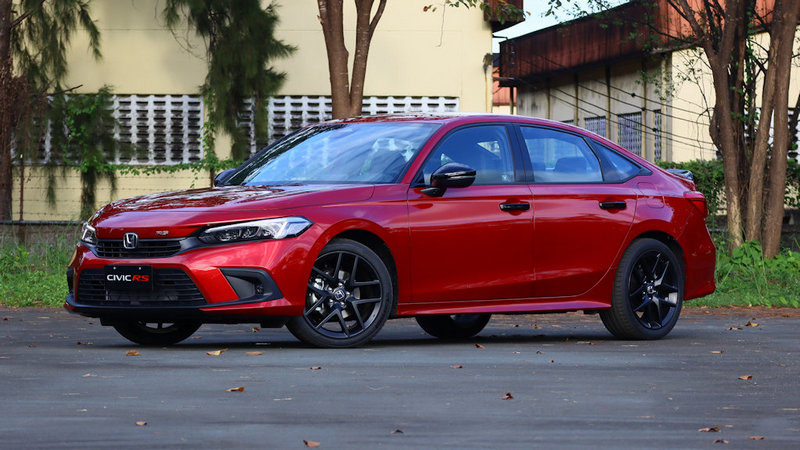 In celebration of their 10th anniversary, the New Car Assessment Program for Southeast Asian Countries or ASEAN NCAP recognized vehicle manufacturers who have made initiatives to ensure the best safety performance of their vehicles through the Decade of Safer Vehicle Awards.

Two vehicle models stood out for their consistent 5-star safety ratings since the ASEAN NCAP was founded in 2011. These are the Honda City and Civic.

The latest 11th generation Civic, aside from garnering a perfect safety score (despite being tested using the stricter 2021 to 2025 protocols), also nabbed the Safety Technology Award for its Honda SENSING system, particularly because it managed to apply autonomous emergency braking even for motorcycles.

Another Honda, the Accord also managed to have the Best Forward Facing Child Occupant Protection under the 2017 to 2020 protocols.

For Adult Occupancy Protection, the Toyota C-HR was rated the highest. Toyota also happened to have the most number of 5-star rated cars tested and evaluated during a decade of ASEAN NCAP.

The Isuzu mu-X received the Best Safety Assist Technology for 2020. 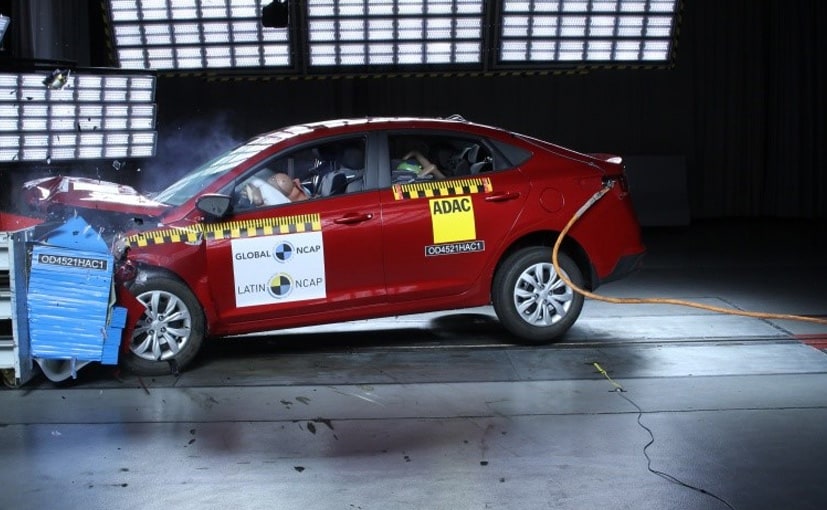 The Latin New Car Assessment Program (NCAP) has tested a slew of models in its latest round of crash testing and that includes the made-in-India Hyundai Accent as well. The Hyundai Accent sold in Latin American markets is a slightly stripped-down version of the Hyundai Verna and is manufactured in India and Mexico, with one frontal airbag as standard and no standard ESC. It was rated with zero stars. The compact sedan achieved 9.23 per cent in adult occupant protection, 12.68 per cent in child occupant protection, 53.11 per cent in pedestrian and vulnerable road user protection and 6.98 per cent for safety assist. The new Accent was tested in frontal impact, side impact, whiplash and pedestrian protection. The model showed poor performance in the frontal impact showing a red chest for the adult passenger and leading to zero points in this test and marginal to good side impact protection for adult protection. 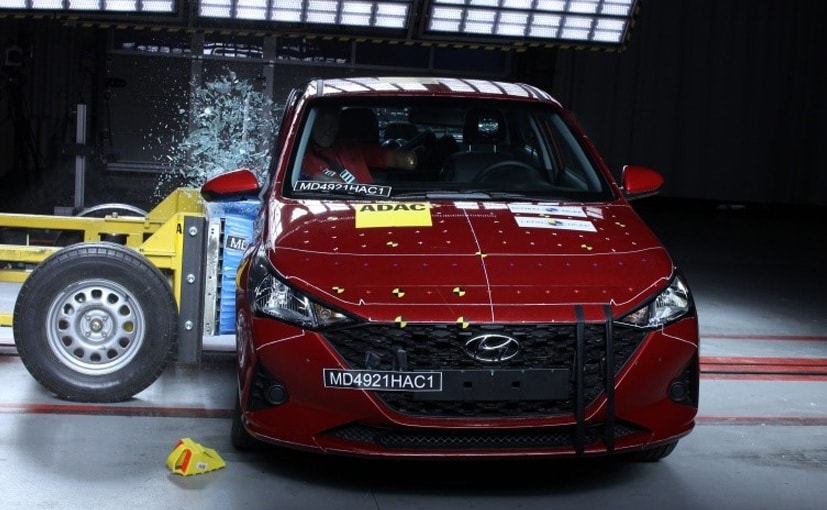 The Latin NCAP which tests cars for Latin America and the Caribbean countries, recently published test results of 3 cars which it had recently tested. Despite some well known names, all 3 cars scored a disappointing 0 star in the safety tests. The 3 cars which were tested were the Hyundai Verna (Accent), Kia Sportage and Great Wall Wingle 5. 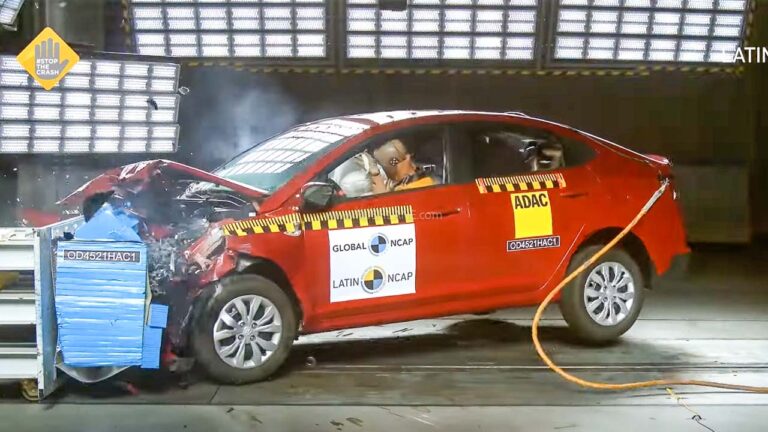 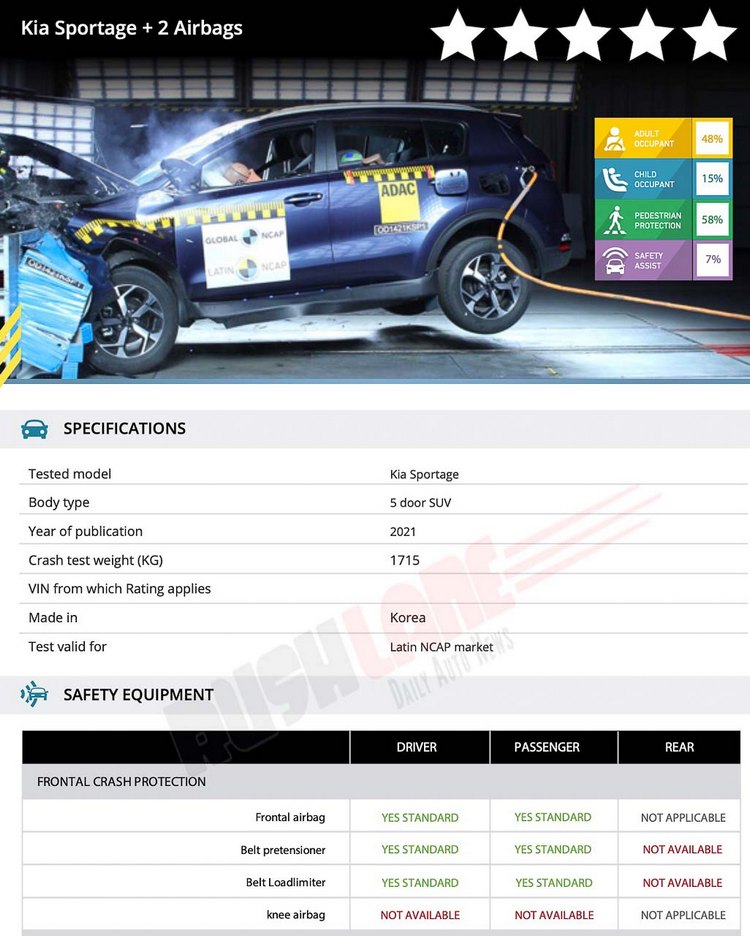 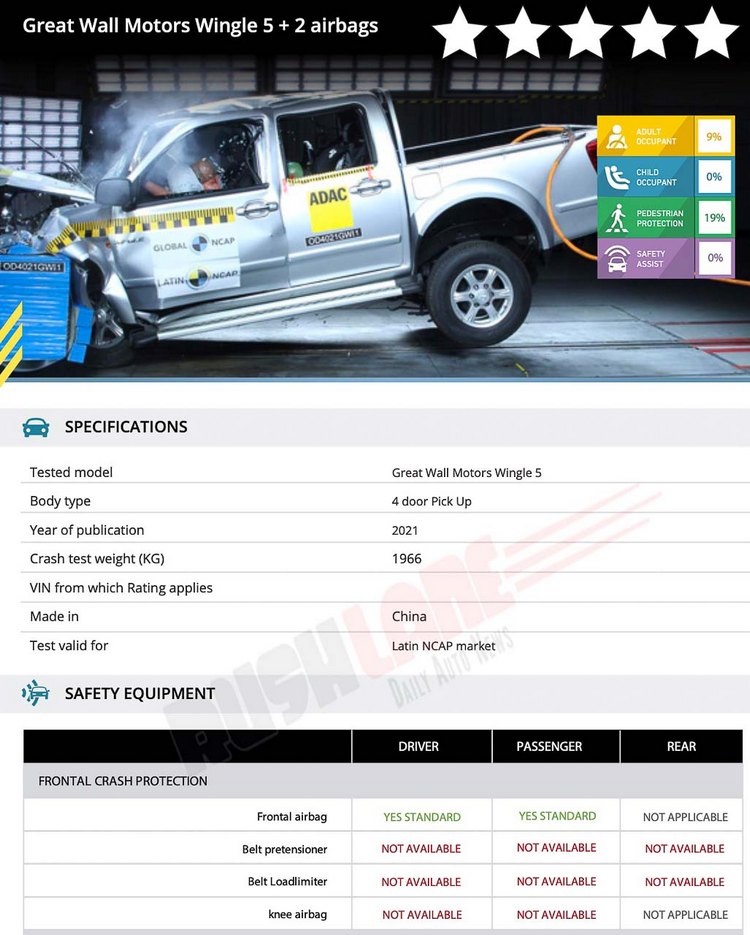 So mantra for Oriental OEMs be it Korean, Japanese, Chinese is Lots of gizmos and skimp on safety. Or Rather feel that Safety is unnecessary part of car. 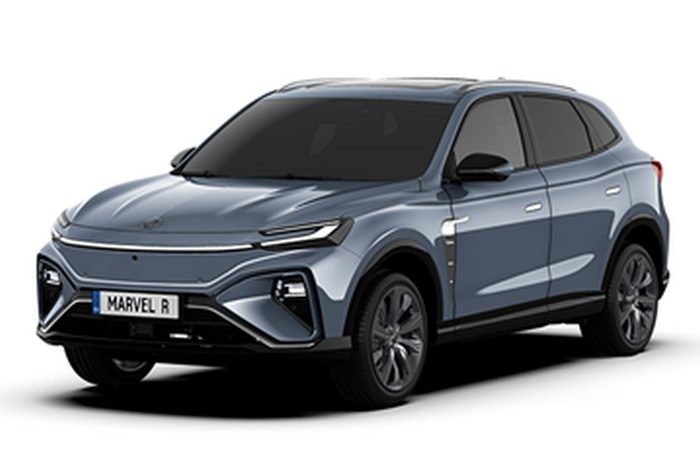 Recently the Roewe Marvel R was tested by Euro NCAP in the crash tests and the SUV received a respectable four-star safety rating. 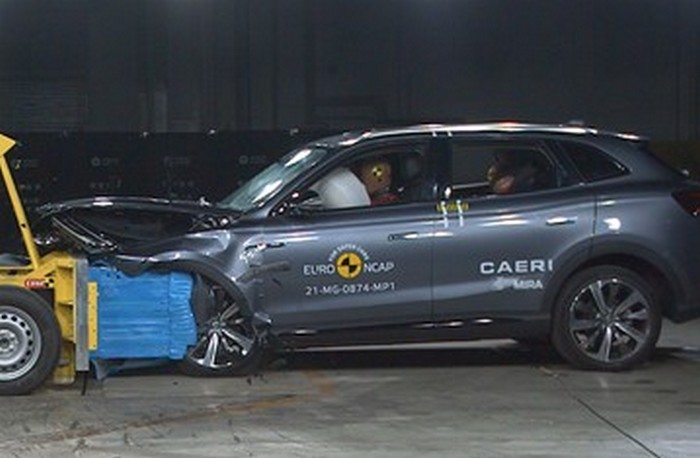 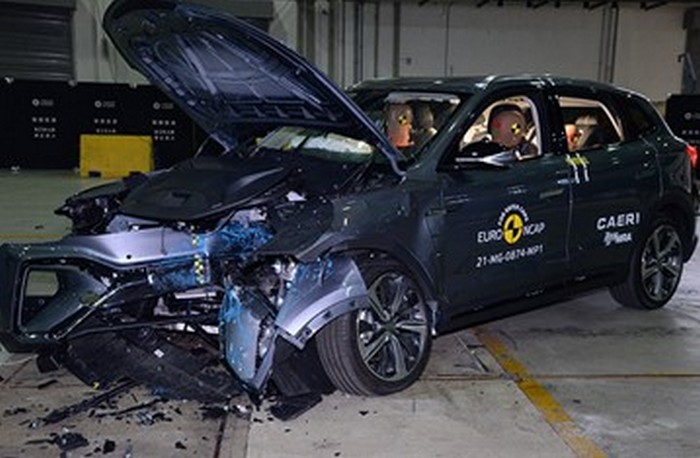 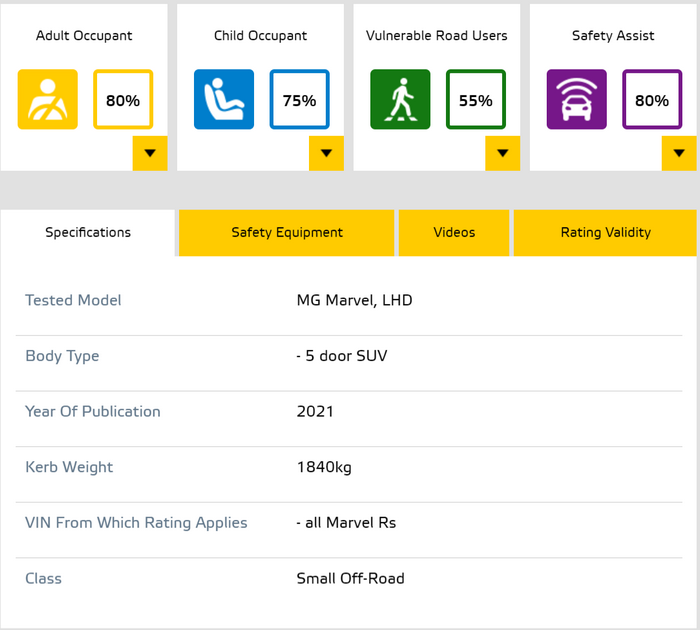 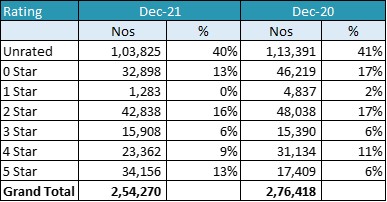 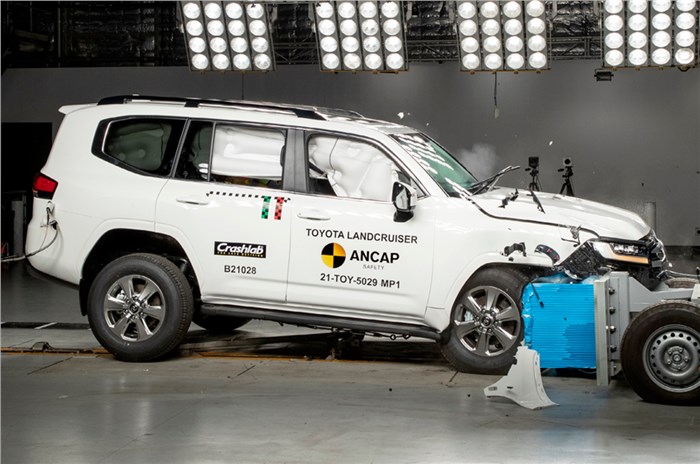 The new Toyota Land Cruiser LC300 has been awarded a 5-star safety rating by the Australasian New Car Assessment Program (ANCAP). The SUV scored 89 percent and 88 percent for adult and child protection, respectively, along with a respectable 81 percent score for vulnerable road user protection and a 77 percent score for its safety assist systems.

In Australia and New Zealand, the Land Cruiser comes standard with a full suite of airbags, including ones on the side to protect the head and chest. The safety suite includes autonomous emergency braking, lane keep assist, lane departure warning, and adaptive cruise control.

Unfortunately, neither Europe or North America are getting the new 300 Series Land Cruiser, but the latest generation of the Lexus LX is heading to the US. It shares a whole lot with the Toyota counterpart, so expect similarly impressive crash-test results.

Pricing for the new LX isn't available for the US yet, but the information should come soon because sales begin in the first quarter of 2022. As a luxury-focused model, it might have even more safety tech than the Toyota.

Inside, the LX packs a dual touchscreen infotainment system. The upper one measures 12.3 inches and handles showing the navigation, audio controls, and Multi-Terrain Monitor. The lower display is 7.0 inches for handling the HVAC and Multi-Terrain Select details.

There's an available Ultra Luxury that adds overhead ceiling vents, reading lights, and a rear-seat entertainment system with dual screens. Also, the F Sport trim is for folks who want to go off-road with tech like a Torsen limited-slip differential for the rear axle and revised suspension tuning.