The crossover will wear a new look for the first time since it was introduced in 2006, complete with the Bowtie's corporate grille and headlight design. Behind the fresh face are a total of four new engine options, including a direct-injection 3.0-liter V6 with 258 horsepower, two 2.0-liter turbo-diesel mills and a 171-horsepower, 2.4-liter four-cylinder engine. All of those will be bolted to either a six-speed automatic or manual transmission.The 2011 Captiva will also feature a few other safety-oriented niceties, including hill-start assist, electronic stability control, traction control and braking assist, all as standard equipment. GM says that it will be unveiling a total of four new or refreshed models at the Paris Motor Show, including the showcar version of the . The Paris Motor Show gets underway starting on October 2.

Is this the new facelift??
I can't make out much differences.
But captiva doesn't have more boot space.
But interiors are much luxurious.

Yes. This is the facelift Mukesh! I notice the trademark Chevy grille finding its way onto the Captiva. The headlamps are a a little more sleek. At first glance, reminded me of the current Outlander.

Exactly first glance reminded me of the Outlander!

@ Mukesh Yes true but if the last row of seats are folded , it provides ample space for luggage of course not upto the level of a Scorpio or a Safari but still not bad!

Why is that whichever car i consider for purchase gets a facelift to be launched next year!

Arun said:
At first glance, reminded me of the current Outlander.
Click to expand...
Same here!

Nice. the car is good & now has become slightly better. i am waiting chevy!

The rear remains the same! Raj, Scorpio replacement for you?

Hmmm the rear looks the same except for the chrome effect on the tail lights. Overall a good upgrade!


@ Raj I heard the Captiva is heavy on the pocket from Surendar who owns one!

Else i would have booked one now!
A

I do not find the front-end of new Captiva to be any impressive, My thought too goes same about Mitsubishi Outlandy touch…but rear with clear tail lamps is making it look more elegantly designed. 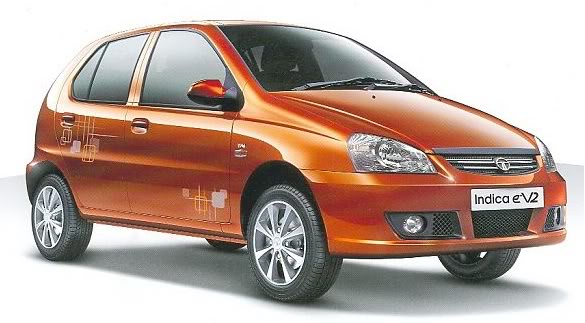 What we liked
>> Holden's new nose job looks better than the Chevrolet version
>> 2.2 diesel and 2.4 petrol engines are pleasant surprises
>> Sharp pricing across the range

Not so much
>> Still doesn't drive as well as most rivals
>> Still has only a four-star ANCAP rating
>> Sluggish 3.0-liter V6 petrol version


Holden has fired the first shot in the medium-SUV war by launching its Captiva Series II range at a lower price than the model it replaces, with seven of the nine models below $40,000.

Australia's biggest selling mid-sized softroader in 2010 is trying to claim some early ground before the updated Territory arrives in a couple of months, as well as undercut Korean rivals from Hyundai and Kia.

Despite extra equipment, a choice of all-new engines and a fresh face, the prices of most Captiva models have been trimmed by $2000, although one model has been slashed by $6000.

The starting price of a seven-seater petrol-powered Captiva was previously $38,490, but now the cheapest ticket into this variant is $32,490, making it one of the cheapest medium-sized family SUVs on the market.

There is a slight catch: that particular model now comes with a 2.4 four cylinder petrol engine instead of a V6. But contrary to expectations, the four-cylinder is no slouch and is possibly a better choice than the new V6.

With the arrival of the Series II range, Captiva base models come with hill-start assist, an electronic park brake, cruise control, leather steering wheel, a new air-conditioning system and controls, 17-inch alloy wheels, and up to 28 cabin storage compartments.

Here's the rundown at a glance

The Captiva Series II is available with a choice of three new engines: a 2.4-litre four-cylinder petrol (made in the USA), a 2.2-litre turbo diesel (made in Korea) and 3.0-liter V6 petrol (made in Australia).

The V6 is the same direct injection unit used in the Holden Commodore Omega but the four-cylinder petrol and diesel engines are making their world debuts in the Captiva Series II.

The petrol four-cylinder engine has 19 per cent more power than before, while the diesel jumps 23 per cent.

The power of the V6 improves by 12 per cent (compared to the older but bigger 3.2 V6) but on-road it doesn't feel as good as its four-cylinder counterparts (see drive impressions).

Six-speed automatic transmissions are standard across the range.

Holden Captiva Series II facts and figures at a glance:

The Captiva is not the biggest SUV in the medium-sized class, but it's not the smallest. It sits somewhere in between.

It's definitely a little tighter on knee room in the second-row seat compared to the Territory and Toyota Highlander, but it offers similar space to its Korean peers the Kia Sorento and Hyundai Santa Fe.

It must be said that even among its likely rivals the Captiva is among the tightest on third-row seat space – OK for little kids, but not so good for lanky or wide frames.

Clearly, however, buyers like the size; the slightly more compact dimensions make it easier to manoeuvre the Captiva into tight spots. Holden calls it a "tweener" because in reality it slots between the compact and medium soft-roader markets.

Expect the next generation Captiva due in a couple of years to be bigger than this one, and then joined by another new compact SUV to slot in underneath it soon after.

Despite its new look, the Captiva can't hide its age under the skin. Originally released in 2006 it's the product of safety norms from the early 2000s, when the design and engineering work on this car began, which is why the Captiva has only a four-star crash safety rating.

Once upon a time, four stars were good (and still regarded as above average) but the game has moved on. Today, a four star rating puts the Captiva in the same company as the Chinese-made SUV from Great Wall Motors.

The Captiva's main rivals, including Territory, Highlander, Santa Fe and Sorento all have five-star safety ratings.

For the most part, Holden has done what it can to equip the latest Captiva with as many safety features as possible. All models come with stability control and six airbags as standard fitment, but there have been no structural changes likely to improve the previous Captiva's four-star Euro NCAP occupant protection rating.

As before, the head-protecting curtain airbags in seven-seater Captiva models do not extend to the third row seats.

Driveway safety varies from model to model in the new Captiva range. Three of the four models have rear parking sensors as standard, although this potentially life-saving feature is optional on the one vehicle that will appeal to families on a tight budget: the most affordable seven-seater.

Instead, on that particular model, it's a dealer-fit accessory likely to add about $300 to the cost of the car. In our opinion it should be standard. Why Holden would penny pinch on such a small but important safety feature is a mystery. Be sure to negotiate it as part of the deal.

Ironically, the cheapest model in the range, the Captiva 5, has front and rear parking sensors as standard because it was developed as a premium Opel product for European markets. It also gets auto-up power windows.

ON THE ROAD
>> Some much needed improvement, but still not brilliant

No vehicle in the SUV class is supposed to handle like a Ferrari, but car-like road manners are part of the appeal. So it's surprising that Holden hasn't been able to do better in this department.

The Commodore has class leading road-holding among the locally-made sedans, but the same expertise hasn't translated to the Commodore's Korean cousin, despite much of the development work being done here by the same engineers.

There's nothing fundamentally wrong with the Captiva; it steers OK for most people's suburban needs, and is reasonably comfortable. The only problem is that other cars in this class, including Territory, Sorento and Santa Fe, feel better from behind the wheel than the Captiva does.

Holden has tried to address criticism of vague steering and ordinary handling of the original model by giving the entire Captiva range a suspension overhaul, which also includes new tires.

Most models have stepped up an inch in diameter, and not all the tires are Korean. We even spotted some other, better known brands on some of the cars on the press preview drive.

Unfortunately, in an attempt to make the Captiva hug the road a little better, it's made the suspension a lot busier. It's not uncomfortably firm, but on uneven surfaces you can feel wobbly bits you never knew you had.

There is, however, some genuinely good news. Both the 2.2 turbo diesel and 2.4 four-cylinder petrol are gems of engines. Both are mated to a six-speed auto and work well together.

It's a cliché, but the diesel is so smooth it almost doesn't feel like a diesel. There's no perceptible lag and it's relatively quiet (the same couldn't be said of the old diesel).

The biggest disappointment, sadly, is the homegrown 3.0-liter V6 from the Commodore. Regardless of what the power and torque numbers suggest, it feels plain lethargic and poorly matched to the auto.
Last edited: Mar 21, 2011
A

Great review there. I can only wish we get the Holden grill. A few car markers have started to copy the audi style grill. Its worked out great with Mitsubishi but Chevy. what are they thinking? Putting the badge on the bumper looks STUPID!
Last edited by a moderator: Mar 22, 2011

The Chevrolet Captiva is the flagship offering from GM in India. The SUV has earned a good reputation as a comfortable soft-roader, not necessarily reflecting in its sales performance, and was refreshed last year.

The SUV’s front was heavily redesigned and adopt’s Chevrolet’s new family headlamp and grille layout. We also saw the introduction of a new 2.2-liter engine which is available only with an automatic transmission.

Now for the Korean market, Chevrolet has just updated the Captiva again with a redesigned front bumper, endowing foglights with dedicated enclosures. The most interesting of these updates is the new rear tail lights with extensive use of LED’s and an all-new cluster. We’re yet to see this on the Indian Captiva.

There are a new set of alloy wheels on the refreshed Captiva and they now feature 18-inch wheels with 5-spoke alloys.

At the rear, the Korean Captiva receives dual exhaust pipes that are rectangular in shape. While we get dual exhausts on the Indian Captiva as well, ours takes the traditional circular shape.

To the interior, the updates are very minimal in nature. The dashboard receives some soft inclusions, while a new multimedia screen takes center stage. The instrument cluster boasts better colors and is better illuminated now as well.

Under the hood, the Korean Captiva gets the similar 2.0-liter and 2.2-liter diesel engines as we have seen on the Indian version. The next generation 6-speed automatic transmission is also included in the refresh.