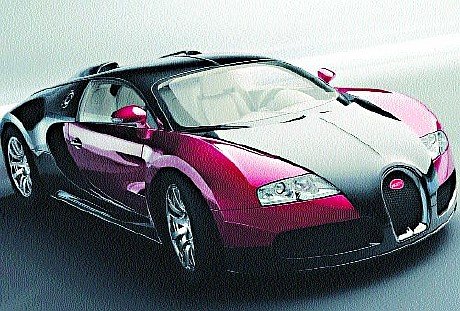 Economictimes
Volkswagen AG will drive in the fastest and most expensive car in India with the launch of legendary French car brand Bugatti next year, a company executive said.

Bugatti Veyron, which can hit a top speed of more than 400 km per hour for the sports and coupe models, will cost anywhere between Rs 5 crore and Rs 12 crore when it hits the Indian roads by the mid-2010, said the executive requesting anonymity.

When contacted, Kurt Rippolz, head of communication Volkswagen India, refused to confirm the development. “It’s the independent decision of every brand to decide on the India strategy. The brand checks on the viability and whether there is a market potential, and then decides on its launch plans,” he said.

Great news that these exotic global cars are making their way to india. It will be interesting to see how many numbers does VW sell.

Wow i have always loved the looks and performance of Buggati Veyron!! Unfortunately we people cant own one!!

Atleast now we can spot one. And if we are fortunate enough ZINAM will TD the car

@zinam, will you be able to handle its speed on chennai roads.

Cool. But that really does not make a difference. We hardly will be able to spot one.

Moreover i petty the car,our roads are not built for such beauties.There are some exceptions but still.

I think chennai has some racing track, zinam should try there.

Driving a Bugatti in Indian roads? I really can't imagine how the car will look after a long ride.

Yeah RSM Chennai has a racing track and recently a Lambo LP 650 was tested here by Narain Karthikeyan!!
T

Crazy cat said:
Driving a Bugatti in Indian roads? I really can't imagine how the car will look after a long ride.
Click to expand...
that was good
probably the grille would be in 2 pieces, loads of scratches and dents!

good news
someone bought one in Bangkok too!
he bought it for 168 million baht which is 170-75 milion rupees!!

yes
it is with taxes and duties!

Then what is the basic price of Veyron? I read somewhere to be around 7cr.
T

it is 2 million dollars!

The Veyron costs around some Rs.8-9 Crores. Launching fashion statement models by Volkswagen like Beetle can be understood for a while but a car like Buggati Veyron in India sounds odd. Because -

Though I'm not completely against its launch but there should at least have some true motive behind it. Also, I'd suggest Govt. not allow such "Hypercars" to be driven on our regular streets by rich boys otherwise we would see more 7-Series like hit and run cases.