You thought Bentley is only about expensive luxury saloons? At the ongoing Geneva Auto Show, Bentley Motors has unveiled their first ever SUV concept, which could soon turn into reality as a production vehicle placed alongside Mulsanne and Continental. It is crafted for ultimate luxury and powered by a mammoth 6-litre W12 engine with 8 speed automatic transmission. In my view, everything is awesome in it but save for the ugly design. 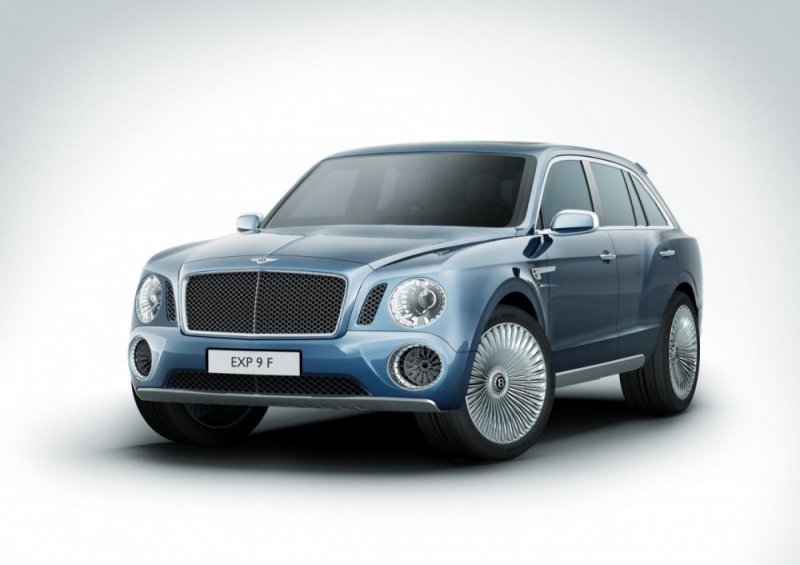 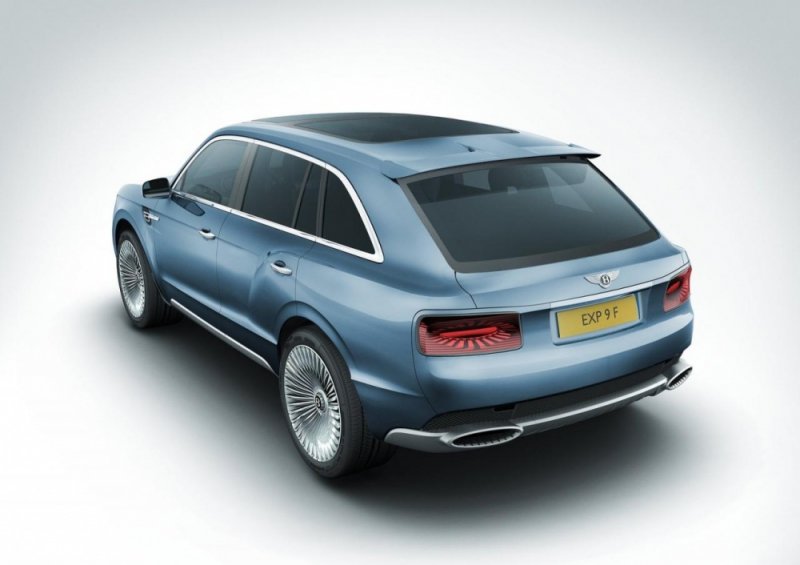 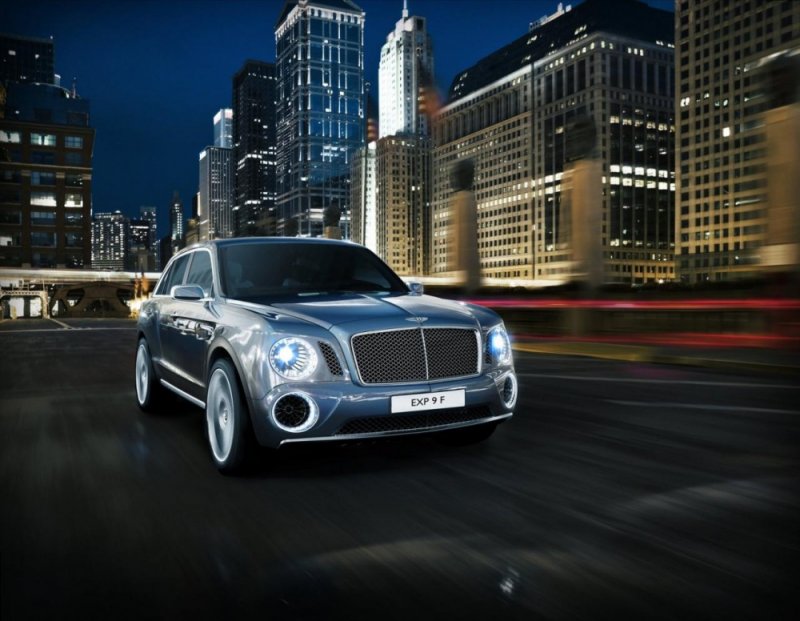 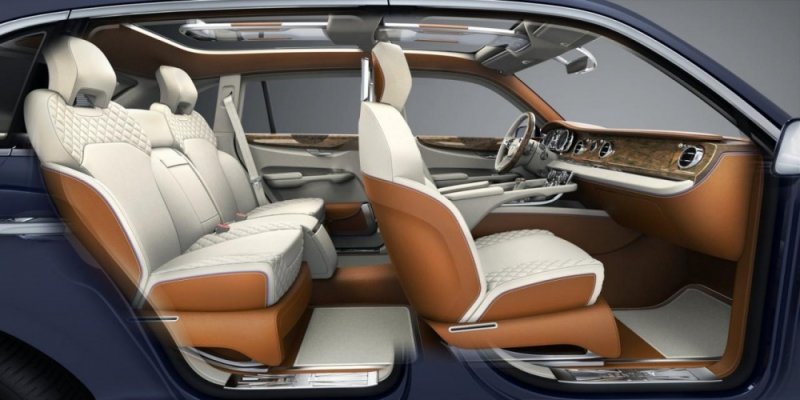 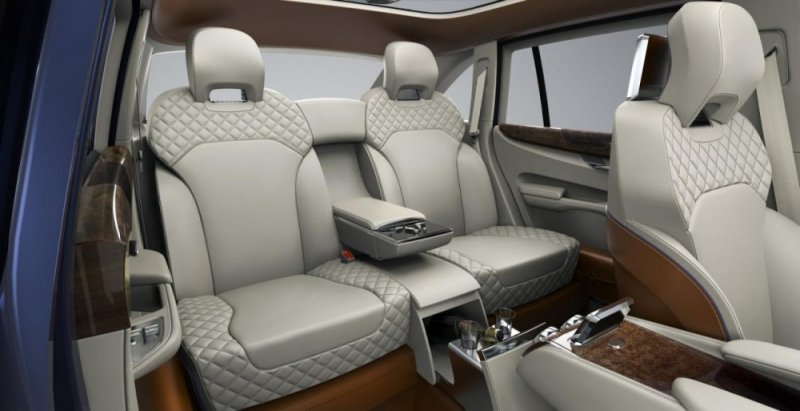 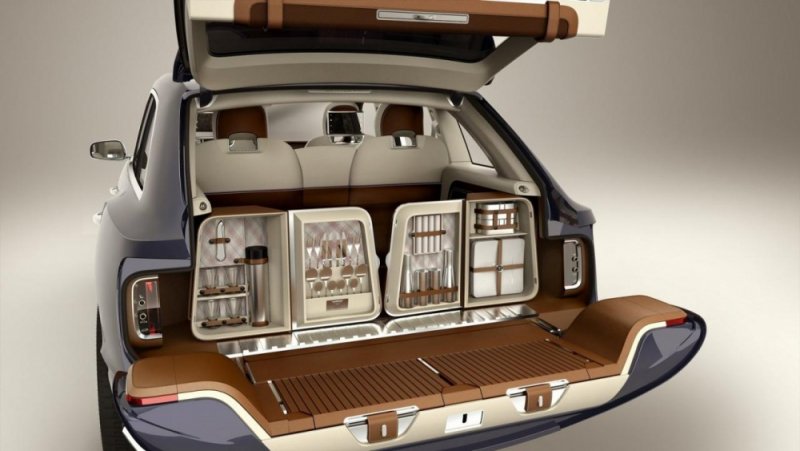 Thanks for sahring 350Z, i was about to share this info and you did it.

The interiors are no doubt fantabulous but head on this SUV loks like an ugly duckling! It seems like a genetic experiment gone horribly wrong. I can't belive my eyes. Even Bentley loyalists will have a hard time swallowing this design. Even Lambos coming out with its SUV which will also be somewhat wierd to look at, going by what I'm seeing with Bentley. Porsches Macan is an exception though, as their design language is much sharper & they already have the Cayenne in thier portfolio. The XP9Fs market would be in US, Middle East &China maily though.

interiors are OK but its a disaster on the exterior!!!!! its the baby of a mulsanne with a Mini Countryman!!

GOD this SUV fever is catching everyone.Even lambo and Bentley are looking to make SUVs, next is what an SUV by Ferrari,Rolls Royce or best by Bugati?

Now coming to the product, it looks like a typical Bentley from outside and inside and in time it may became the best selling vehicle of the brand(Cayenne/Porsche). 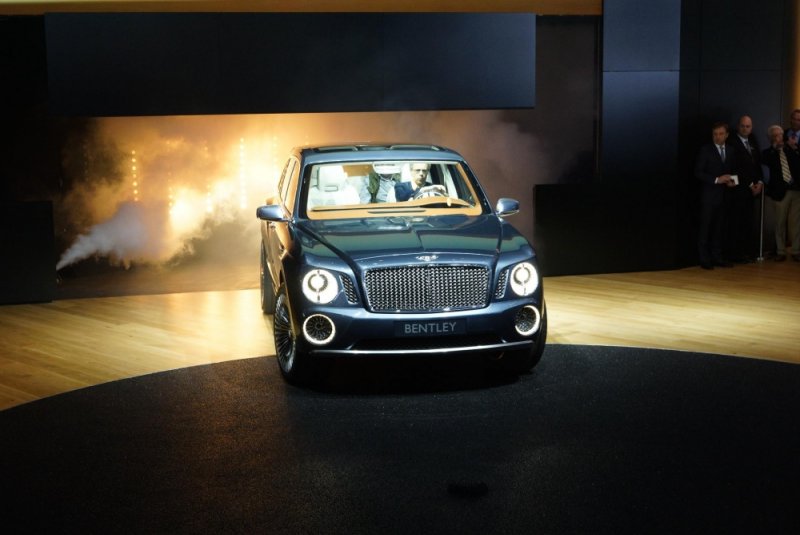 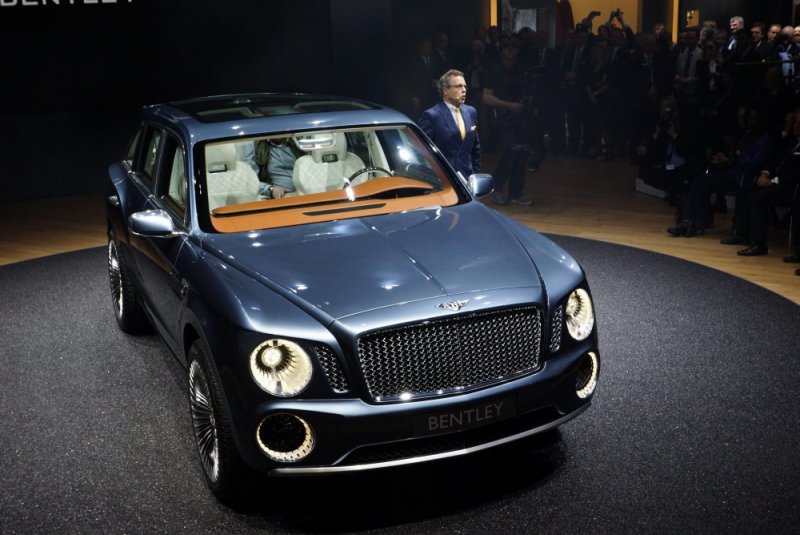 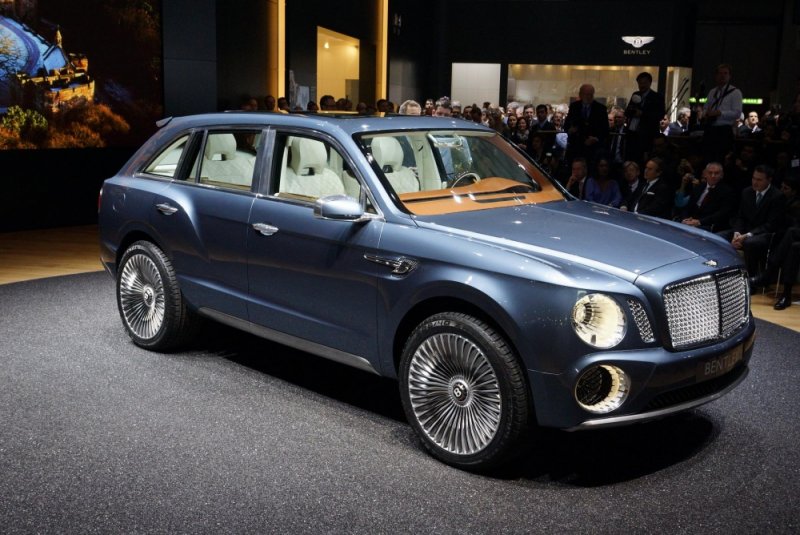 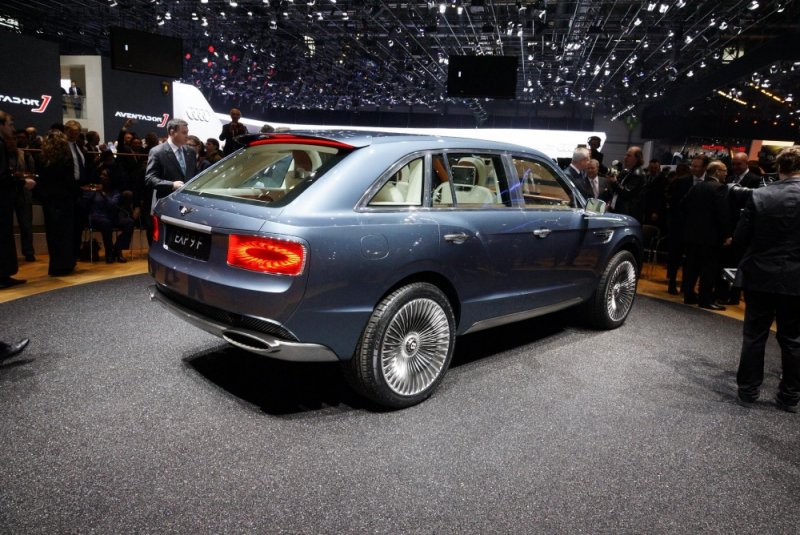 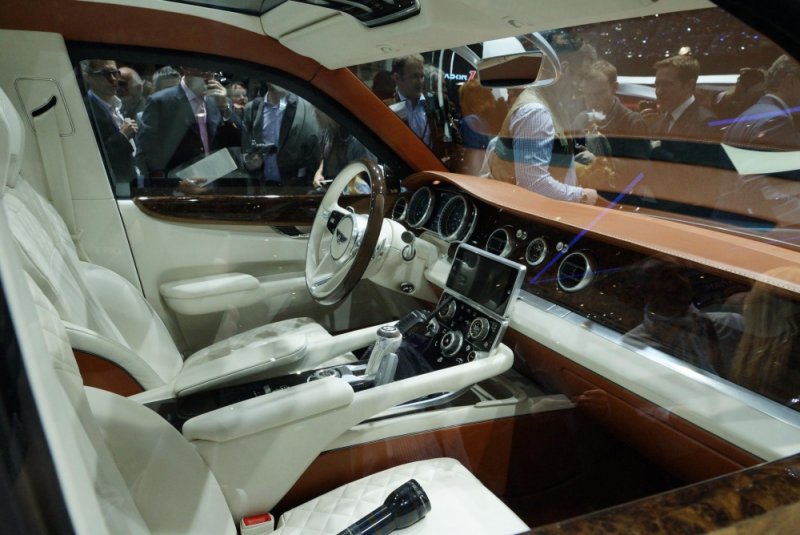 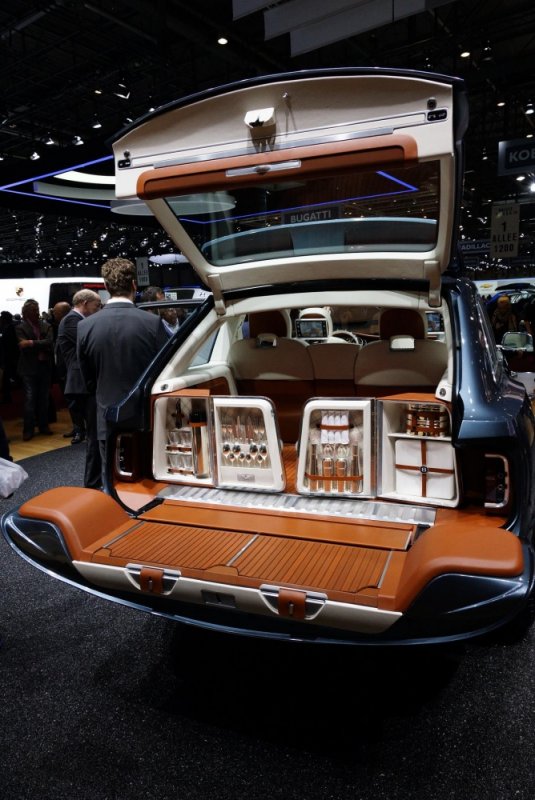 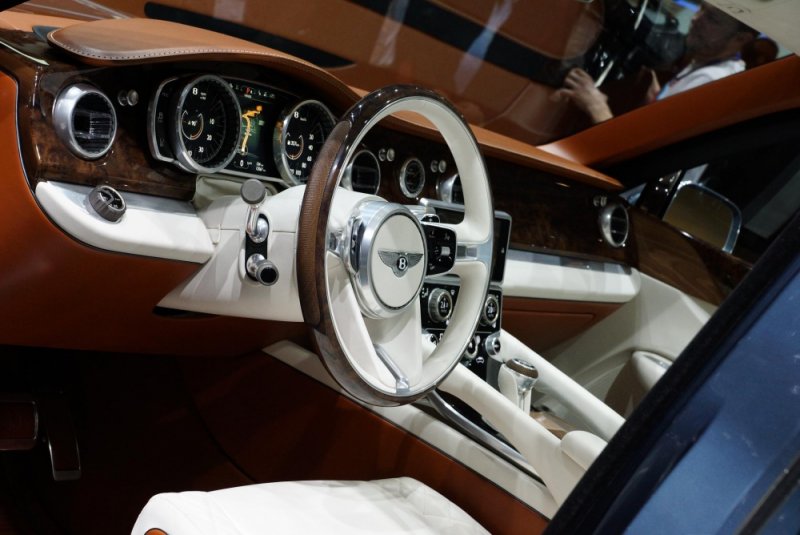 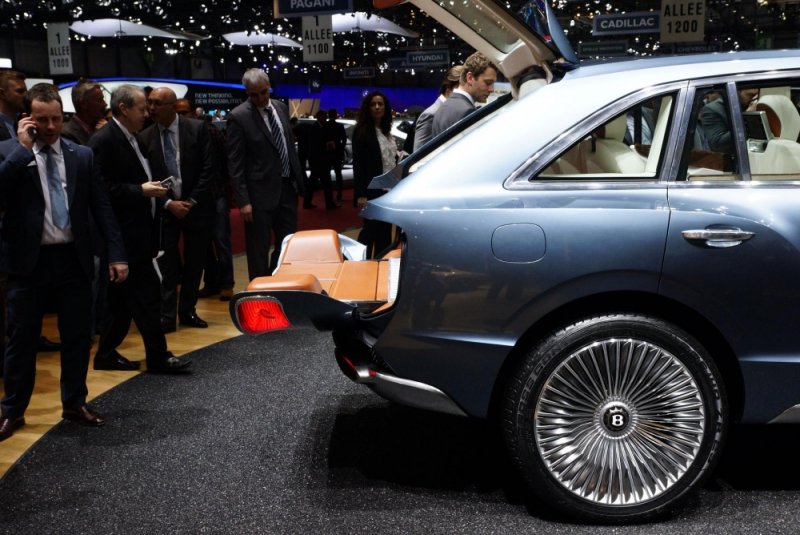 350Z,
Thanks for the excellent pics, but the fact remains it is one ugly duckling for sure. What do you think?

At what price Bently will sell this SUV?

For customers who are willing to pay for a Bently will prefer the saloon cars only.

People who want SUV and willing to pay, would not like this tortoise styling.

Looks like Bentley, the British automaker has received over 2000 expressions of interest in a production version of its EXP 9 F SUV.

Autocar reports that Bentley presented the case to the Volkswagen Group board last week about progressing the project beyond the concept stage. According to the same source, Bentley said the front and rear end styling would need to be modified should it make production as production – but the interior is likely to carry over with minimal changes.
Last weekend, the thinly disguised concept made its maiden appearance on UK soil at the 2012 Goodwood Festival of Speed as part of what the company’s calls “a systematic and comprehensive process of gauging customer and public reaction to the idea of a Bentley SUV”.
Full specs and prices are yet to be announced, but if Bentley want it to be the fastest big SUV in town it’ll need some serious grunt; in the region of 700bhp. Gulp!

i foresee the hiphop artists using this car for snob value.

Superbad said:
i foresee the hiphop artists using this car for snob value.
Click to expand...
I am sure rapper's would form the bulk in that 2000 interested customer's.

I never liked Bentley or for that matter even Rolls Royce (all look the same & after it being bought by BMW, it is just like antique BMW 7 series from inside) . This looks like mix bred of Land Rover Sport (rear) & Bentley Continental (front).

A local newspaper in England has unwittingly revealed some pretty major news: the new Bentley SUV will soon enter production.The Sentinel was reporting on frustrations felt by employees at Bentley's assembly plant in Crewe over an extended summer shutdown. Dismissing rumors that Bentley was running out of Continental body shells, a spokesman reportedly revealed that the closure was to "enable a number of facility changes in preparation for future productivity increases."

The question is, for what model is Bentley increasing production? According to an anonymous unnamed Bentley employee, management has informed its workforce that their jobs were guaranteed for another 14 years as the new SUV was going into production.Last we had heard, the higher-ups at Volkswagen headquarters had yet to make their decision on the Bentley SUV's production prospects, but they appear to have made their call. The EXP 9 F concept was unveiled to mixed reviews at the Geneva Motor Show this past March. The production model is expected to get a new name and a revised design when it hits the market.

VW has finally approved Falcon (codename) for production. The speculations suggest that it will cost around $2,70,920 with annual production capacity of 5,000 units. 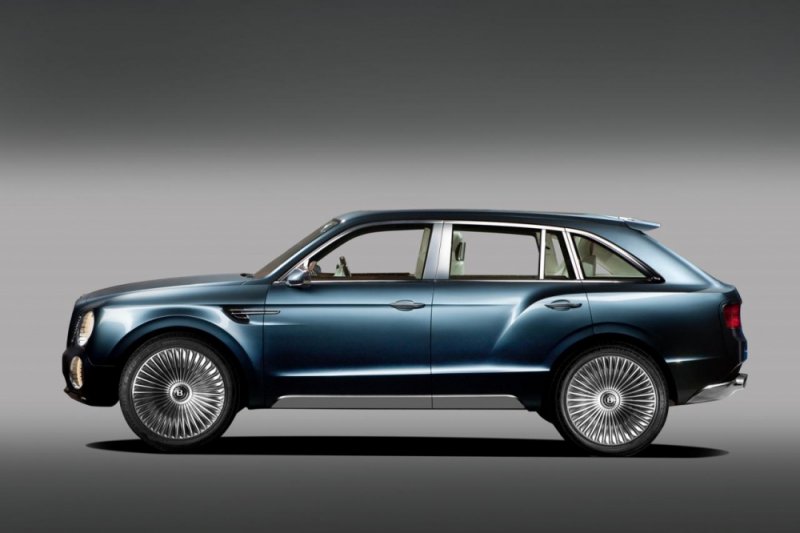 And it's also been confirmed that the design will be reworked
You must log in or register to reply here.