The 2014 Mercedes Benz S 500 Plug-in Hybrid has just been announced ahead of the Frankfurt Motor Show next month. Sales of the vehicle will commence next year.

The S 500 Plug-in can be driven in four modes namely Hybrid, E-MODE (electricity alone), E-SAVE (fully charged battery is used to drive the electric motor later on) and CHARGE (battery charged while driving).

With the S 500 PLUG-IN HYBRID Mercedes-Benz sets another milestone on the road to emission-free mobility on the basis of our modular hybrid matrix. In this way the S-Class turns into a genuine three-litre car with generous space and superlative drive-system comfort.
Click to expand...
2014 Mercedes Benz S500 Plug-in Hybrid announced

Mercedes to show S Class based Coupe at the Frankfurt Motor Show?

The 2014 Mercedes S Class-based Coupé could be shown at the Frankfurt Motor Show which commences on September 10th. Even if the production version is not shown, MB Passion reports that a concept called the ‘Concept S-Class Coupe’ would be shown at the forthcoming exhibition.

The upcoming S Class coupe will replace the Mercedes CL Class when it goes on sale, which is predicted to be sometime in March 2014. The final production version would be unveiled shortly before March at the 2014 Detroit Motor Show.

Mercedes has been testing the S Class coupe for quite sometime now. Thanks to Steve Cannon, we were able to show you this spy shot of the test mule while it was put to paces in the Death Valley, USA. While the exterior design would differ from the S Class limousine, the interiors of the coupe are rumored to be identical to that of the sedan.

Official design sketches of the 2014 Mercedes S Class Coupe have just found.Mercedes will be world debuting the luxury-liner at the 2013 Frankfurt Motor Show on September 10th.

The S Class coupe will be replacing the CL Class, which is based on the previous generation S Class platform. Based on the design sketches, we conclude that the coupe will not look anything like the S Class sedan: the front fascia is far more aggressive, the swooping roofline is more like a grand tourer rather than a luxury coupe, and the sporty rear has the scent of the SLS-AMG.

Inside, the coupe would accommodate four adults in a 2+2 layout. The central screen, dashboard and the aircon vents resemble the 2014 S Class and we would naturally assume that only wood, aluminium and metal were used to craft the interiors. The steering wheel, which sports a three-spoke layout, is different from the S Class’ two-spoke steering wheel.

The S Class Coupe would be initially powered by a six-cylinder and an eight-cylinder engine outputting 306bhp and 455bhp respectively. AMG variants would later follow (whether Mercedes would use the V8 Bi-Turbo and the V12 Bi-Turbo for the coupe is something we do not know yet) as will a plug-in hybrid version like the S500 Plug-in, which has also been announced for Frankfurt.

Some snap shots from the Frankfurt IAA show 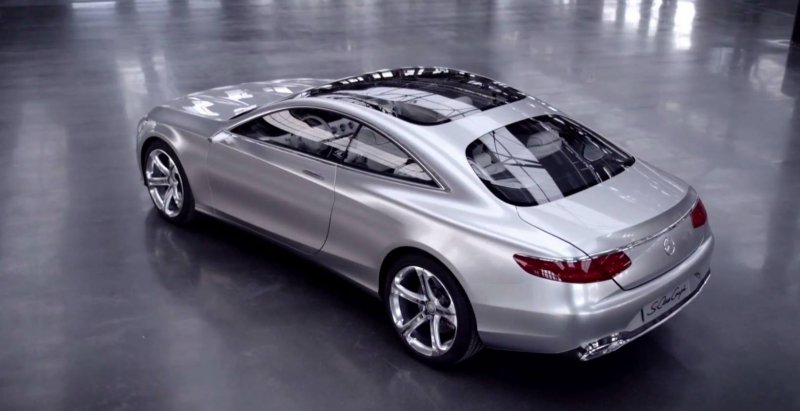 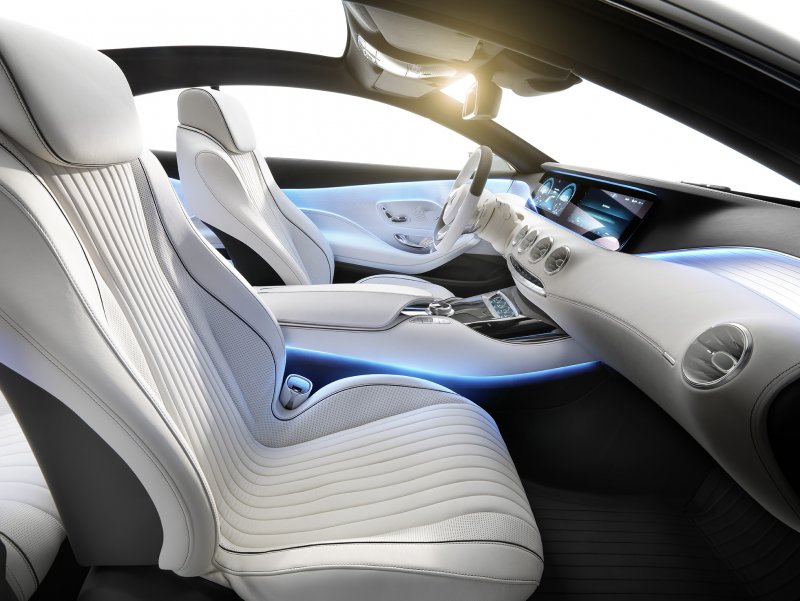 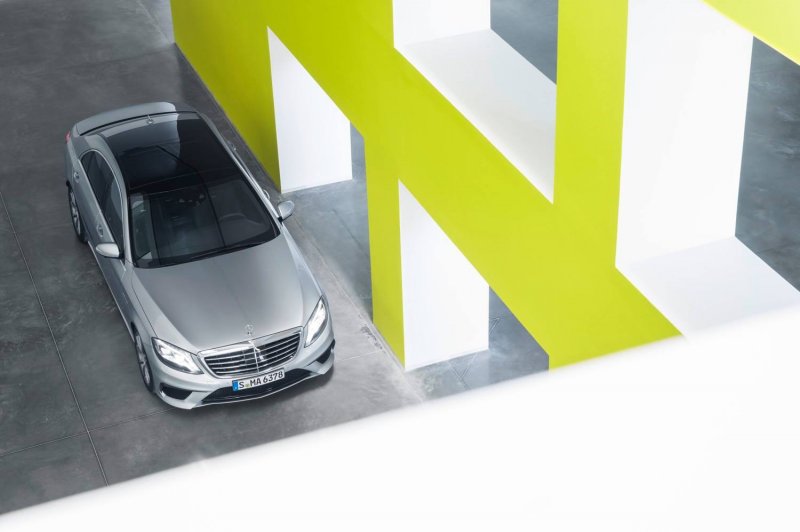 New Mercedes Benz S-Class Sold Out Even Prior Launch

After spectacular hit of the Merc A & B class which still command a waiting period are a huge hit and the B class has done a great feat by hitting a milestone of 1 million cars worldwide.

Now they have become unstoppables. 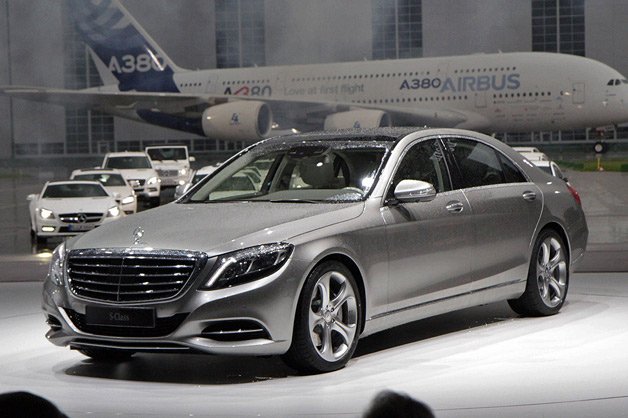 They have achieved another feather in their cap. The S Class is already sold out even before it's schedule launch in Jan '14. The product which has been launched worldwide has already won many accolades.

Merc had fallen to No 3 spot in India as it has been lazy in launching new and young oriented models in the past few years, just like TATA has done in India. Never mind it was quick to pull up and launched more jazzy and youth oriented models and hence managed to pull back its sheen and climbed instantly to No.1 spot puching Audi and BMW to No 2 & 3 spots respectively.

I always love the Merc before others in the luxury spot and wish them a grand success. Hope one day I will be their client.

Re: MERCEDES S-CLASS sold out even before launch!

does any one knows how many orders they got?

Rushlane has posted that Mercedes Benz has announced the launch of new S-Class on 8th January 2014. But, even before the car is launched, the new S-Class is sold out for the first three months.

Mercedes Benz S class-sold-out
For us in India, as much as 125 units of the new S500 have been allotted for domestic consumption, which should fulfil demand for the first half of next year.

While the world’s best car goes on sale in India on the 8th of January 2014, Mercedes-Benz is struggling to keep up with the demand of its all new S-Class, a vehicle which makes others in the segment look completely pointless. Not to take away anything from BMW and Audi but the 7-Series and A8 just can’t compete with the fifth generation S-Class, period. Mercedes-Benz has taken a giant leap and pushed the boundaries of engineering with its flagship, yet again. This has directly resulted in demand exceeding supply by a comfortable margin, a rare occurrence in the high-end luxury car space. 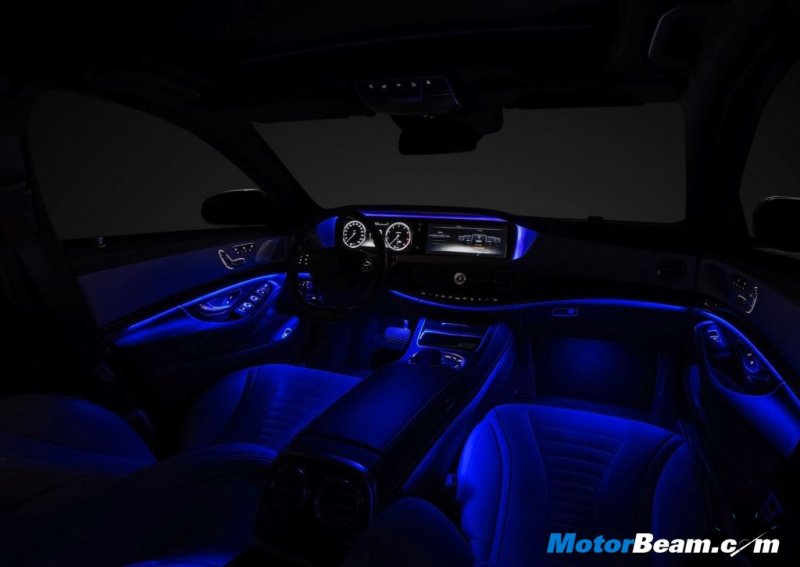 Re: MERCEDES S-CLASS sold out even before launch!

I am guessing a friend of mine has placed an order,but is keeping it in suspense, usually these orders are taken in good faith cos of the customers previous history with the showroom.
And yes the S has leaped so much in development,but i am sure we wont be seeing all the features and we are most likely to get petrol model first and later the diesel.
I remember reading some old Overdrive magazines where S class would sell 6 a month,times have changed.
K

Thats one hell of a luxury barge. We Indians eventhough we are paying higher than other markets , we are missing out some significant feature like Magic body control which others get them at much lower price

Mercedes Benz world previewed the coupe version of the car which in company's words is 'best car in the world' – the S Class. This S500 Coupe will replace the Cl Class worldwide and will hit the market in second half of 2014. The car is based on the S Class Coupe Concept showcased at the 2013 Frankfort Motor Show.

At the time of launch the S Class based coupe will come in as S500 Coupe variant and will be powered by a 4.7 litre V8 Bi-Turbo petrol mill producing max power of 455hp and peak torque of 700Nm. The car flaunts typical coupe design, long extended hood, declining roofline and smaller boot lid. The overall figure stands at 2945mm wheelbase, length of 5027mm, width of 1899mm and 1411mm of height.

Speaking of the interiors, first thing you will notice that the interiors are straight lift from the S Class saloon with subtle tweaking; the car is equipped with two individual rear seats. There are three interior trim options ranging from Bengal red, Porcelain Hues and Saddle Brown.

The S 500 coupe comes with exquisite features, the vehicle comes with an optional 47 Swarovski embedded headlamp cluster! Angular flared DRLS in headlight comes with 17 crystals while the remaining 30 surrounds the turn indicator in the headlamp. There's also an optional colored head up LED display which displays all the relevant information to the driver.

Mercedes Benz also introduced an evolved version of the 'MAGIC BODY CONTROL' seen on the S Class, the upgraded system now boost 'curve tilting option'. The coupe tends to lean into bends just like a motorcyclist or a skier. One can opt this function among the three driving modes and can be operated at speeds between 30kmph and 180kmph. There's a stereo camera on the windscreen of the coupe which couples with a transverse acceleration sensor identifies an imminent curve. The hydraulic dampers in the car modifies accordingly providing a tilt unto 2.5 degree.

Mercedes Benz, the German auto manufacturer, after showcasing the production version of S-coupe, will now have the world premiere of the AMG version, the S63 AMG coupe at the upcoming New York International Auto Show starting from 18th April. It is expected that the AMG variant will be made available in selected showroom of UK by the year end.

Since the coupe now comes with an AMG mark, it is obvious that the car will in-house more powerful engine capable of producing enormous power. The S63 AMG carries a 5.5-litre Bi-Turbo V8 engine that churns out a maximum power output of 584bhp and 900Nm of peak torque. The engine is coupled to seven-speed AMG Speedshift auto transmission and the power is transferred to all the four wheels by the AMG tweaked 4Matic drive system. This AMG version is capable enough to achieve 0 to100 km/h in mere 3.9 seconds with an electronically limited top speed of 250km/h

The S63 AMG has all the traits of a high performance car, as it features AMG design cues, Bi-Turbo lettering on front wings, AMG badge near tail-lamp cluster and on side louvers. The kerb weight is reduced by 65kg, courtesy of AMG Lightweight Performance Strategy. This high performance vehicle delivers a fuel economy of 11.8kmpl.

Mercedes S 65 AMG Coupe likely to be launched in July

Mercedes Benz officially confirmed that the AIRMATIC air suspension version of the new S 63 AMG Coupe will go on sale on April 17 this year for a price of 170,586 Euro (Rs 1.41 crore) and that the Magic Body Control version will be available from 14 July.

While that is official, a report on Mercedes-Benz Passion Blog says that the company will also make available the top of the line Mercedes S 65 AMG Coupe in the month of July.

While the S 63 AMG is scheduled to be unveiled at the New York Motor Show, reports say that the S 65 AMG will get a Beijing Motor Show debut that starts four days after New York opens its doors (20 April).

Specifications or the plans to make the S 65 AMG have not been made official, though reports suggest that the 6.0-liter V12 engine on the car would make 680 hp and over a 1,000 Nm of torque.

The S 63 AMG is confirmed to get COMAND Online, THERMOTRONIC automatic climate control, and the LED Intelligent Light System as standard equipment, all of which should also be available on the S 65 AMG.

Mercedes S 65 AMG Coupe likely to be launched in July

Here’s the next best thing from Mercedes Benz. Some patent drawings of S-Class Pullman have surfaced on the web. This S-Class limousine will have a 2+2+2 seating arrangement. The rumored armored version is expected to be priced no less than 1.27 million USD! 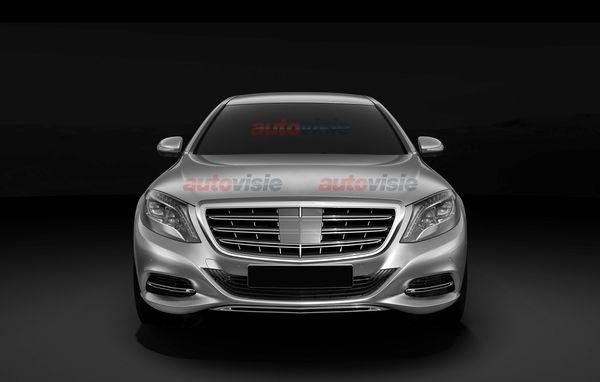 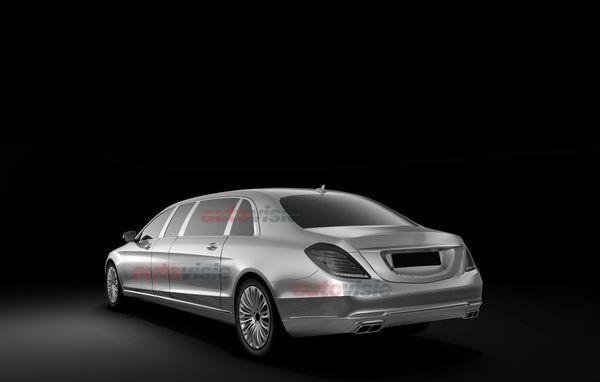 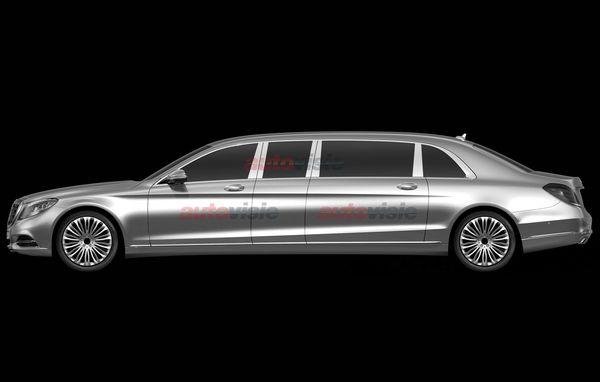 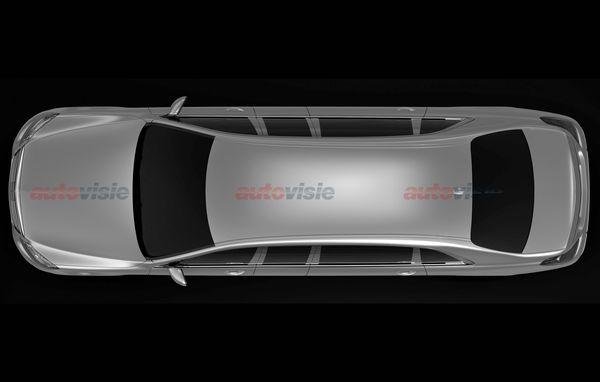 Hi,
Its a good theme, but i don't think it will be a best seller in Indian Market.
You must log in or register to reply here.