incarnation said:
if priced correctly this will also sell like hot cakes as the ecosport did. lately ford has concentrated more on the indian market.
Click to expand...
With the features and other things leaked i think the ford endeavour would be priced/competing with the upcoming Cherokee. So i think (3.2 Lit.) it will be priced at Rs. 35-40 Lakh range for its power and off-road capability and seating capacity which is more comfortable than the outgoing model.

I have a strong feeling that Ford will pitch this in the Indian market at a competitive price as they have a revamped marketing strategy and the most important fact that they want to gain some share in the 25 to 30 Lakh SUV segment.
It all started with the Ecosport, then the recently launched Aspire and now its turn of the new Endeavor. Fingers crossed [thinking]

By the way Ford has updated their Indian website, which indicates the launch is round the corner within the next couple of months and as per sources it should be around November 2015.
Explore Ford Endeavour

Ford's strategy for India comprises bringing in 4 cars in 2015, out of which the sub-4 metre sedan Figo Aspire has already been launched. - However, for those looking for a new SUV - the American car manufacturer's new Endeavour is on its way too. 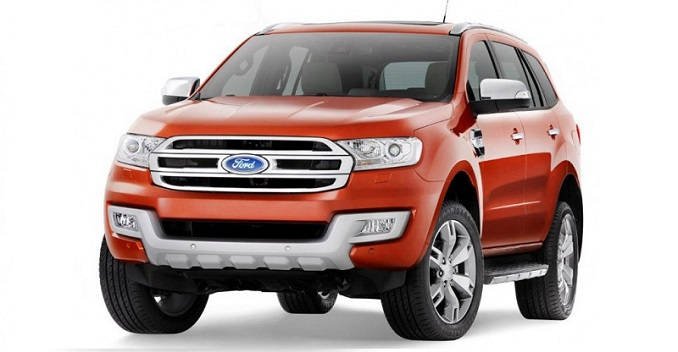 Ford Motors today unveiled the 2015 Ford Everest SUV at the ongoing Indonesia International Motor Show 2015. For those who don't know, the Everest SUV will soon arrive in India as the Ford Endeavour.

Here's what we know about the car:

1) The new Endeavour is based on the Ranger pick-up and has been designed and engineered by Ford Australia
2) The SUV looks similar to the Everest concept introduced by Ford and will come with a large trapezoidal grille, beefed up wheel arches which make it look muscular 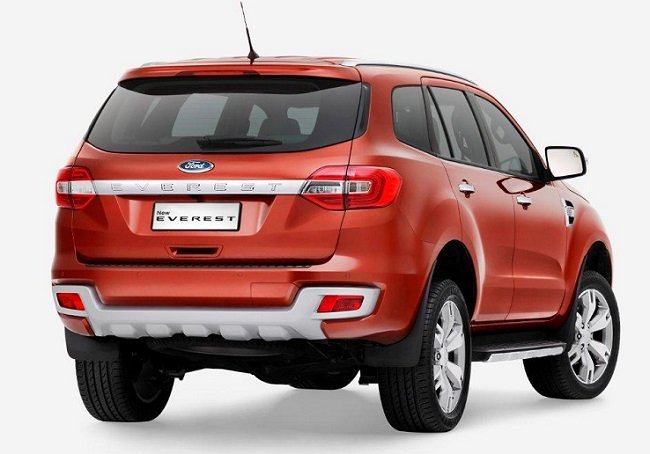 4) Drivability of the SUV is improved thanks to the inclusion of a new independent coil-spring layout at the rear instead of the leaf spring setup found in the current model
5) It will also come with a new terrain management system (TMS) that allows a driver to select among pre-adjust settings (normal, snow/grass, sand and rock) while driving. Each of the aforementioned settings adjust the traction control, engine torque, four-wheel drive system and other things to better the driving performance in any condition

6) There is a big change inside too, as everything from the dashboard to the central screen harkens to the future 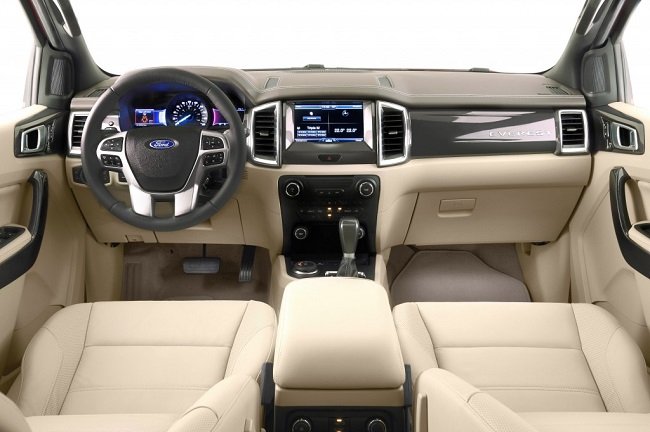 8) Ford has been testing the 2.2-litre (148 bhp) and 3.2-litre(197bhp) mills for India and the Endeavour will see these under its bonnet instead of the 2.5-litre and 3.0-litre diesel engine that the predecessor had
9) Continues to sport the 7-seat configuration

10) The SUV will compete with the likes of the Mitsubishi Pajero, Ssangyong Rexton and Toyota Fortuner

Any photos of last row, will it be a good seven seater, will the suspension and ride quality be improved in this one?

chevrolet said:
Any photos of last row, will it be a good seven seater, will the suspension and ride quality be improved in this one?
Click to expand...
here are a couple of reviews to satisfy the hunger

The new Pajero Sport is a good threat to new Endy
https://www.youtube.com/watch?v=rRAWHsJFO90

chevrolet said:
Any photos of last row, will it be a good seven seater, will the suspension and ride quality be improved in this one?
Click to expand...
Here are a few pictures sourced from Motoroids. 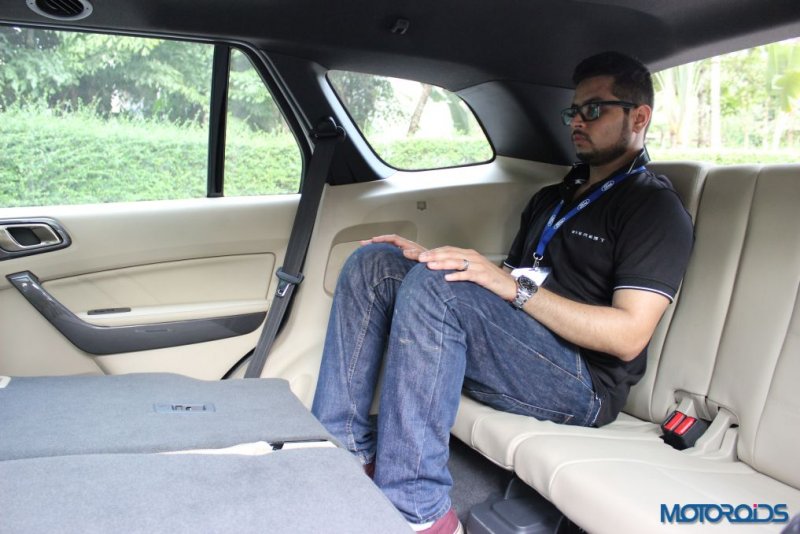 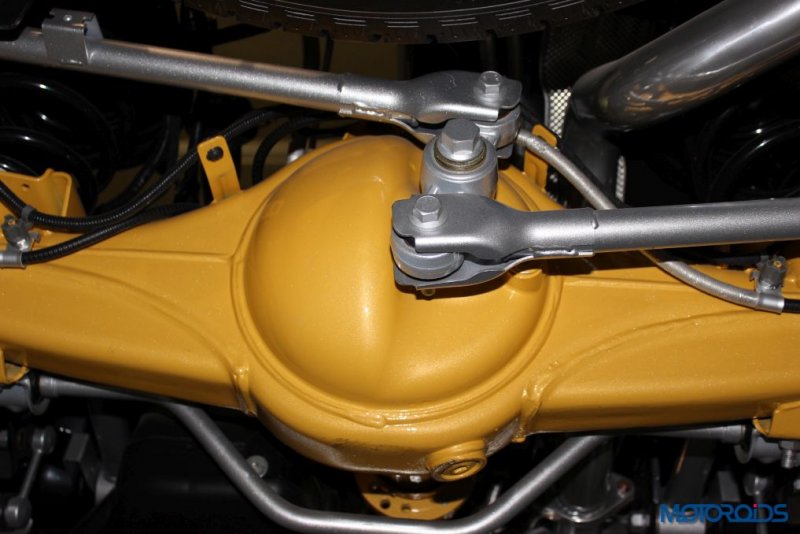 chevrolet said:
Any photos of last row, will it be a good seven seater, will the suspension and ride quality be improved in this one?
Click to expand...
The comfort of the endeavour according to reviews has been improved drastically. The front two rows of seats have improved drastically. It doesnt have that leg up feeling which you get in the current car that makes you feel that you have less thigh support. the last row still better than the current model isnt all that great and is best for children and according to reviews getting inside the third row isnt an easy task as the seats dont tumble.

Ford is preparing to bring the new Endeavour to India early next year. The large body-on-frame SUV from the American carmaker will get the choice of a 2.2-litre 158bhp four-cylinder diesel or a larger 3.2-litre five-cylinder 197bhp diesel motor. The smaller unit can be mated to either a six-speed manual or automatic gearbox, while the larger unit gets the automatic unit as standard.

Here’s a look at the new Ford Endeavour’s on and off-road tech. 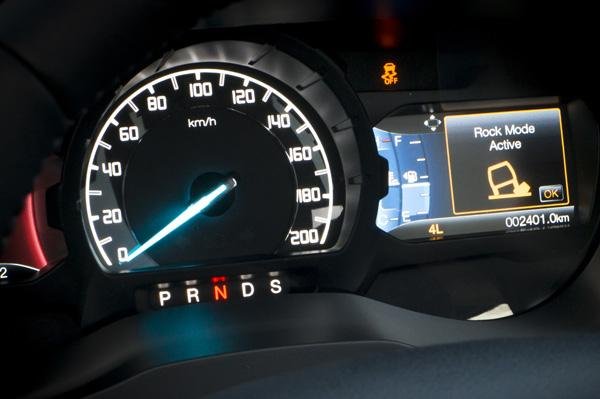 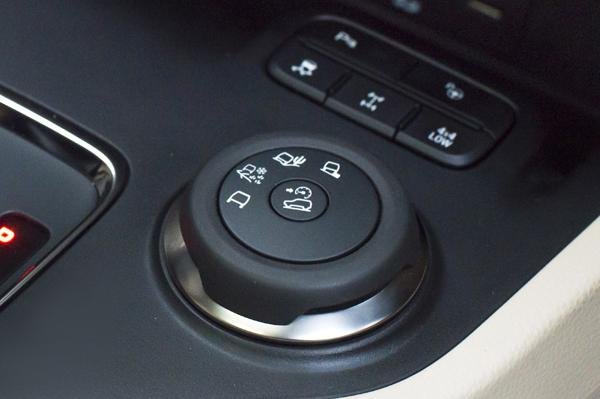 The most significant addition to the new Endeavour is the Terrain Management System, something commonly found in Land Rovers. The system offers a choice of four settings – Normal, Snow/Mud/Grass, Sand and Rock.

The Normal mode is best suited for everyday driving with the torque distributed 40:60 front to rear as standard. The system actively distributes torque between the front and rear to minimise wheel spin.

In the Snow/Mud/Grass mode, torque distribution is enhanced along with making the gearbox up-shift and down-shift early to maintain tractive force. The throttle response is also dulled, while the traction control system works to reduce wheel slip.

The Sand setting aims to maintain the SUV's momentum over sandy terrain. Under this setting, the four-wheel-drive system aggressively distributes torque between the front and rear wheels as well as allows the rear differential to be locked at high speeds. The gearbox holds gears for longer and downshifts early only during braking. The traction control system becomes more liberal and allows for some wheel slip to better maintain momentum. Under this setting, the throttle is quite sensitive and responds even to slight pedal movement.
The last setting is Rock. In this mode low-range is activated. The gearbox holds onto first gear and does not upshift. The traction control system works full-time to keep the wheels from slipping while the throttle sensitivity is reduced to allow for better control.

The new Endeavour gets a park-assist system that essentially parks the car for the driver into an open space. The SUV uses a series of sensors to scan for an open parking spot before taking control of the steering while the driver only uses the gearbox, accelerator and brakes as directed by the system.
Blind Spot Information system with Cross Traffic Alert

The Roll Stability Control system uses on-board gyroscopic sensors to monitor speed and body movement during fast cornering or sudden swerving to activate each brake individually. This stops the car from rollovers.Once launched, the new Ford Endeavour will rival the likes of the Toyota Fortuner, Mitsubishi Pajero Sport and the upcoming Chevrolet Trailblazer SUV.

Any info on pricing?

Expected Price: Rs. 20 lakh - Rs. 25 lakh
Click to expand...
Given the above mentioned features, it will be a good deal(if not a steal) if priced around 25 lakh for top end automatic 4wd.

Ford seems to price well nowadays ecosport, aspire are some examples, innova top model is now 17 lacs, the new innova is said to be 20 lacs, iam waiting . Innova,trailblazer,fortuner,pajero sport and endy are in my list.Need a 7 seater , but dont want the innova muv. I think endy may come around 30l.

Pajero sport would be a better contender for Endy that's IMO why not consider the new Pajero Sport that is loaded with features too. just a thought nothing against Ford.

I was said that only endy will be released by this year end , others will take time like 2016 june or after , am i correct.

chevrolet said:
I was said that only endy will be released by this year end , others will take time like 2016 june or after , am i correct.
Click to expand...
You are right! The new Endy is going to place its foot on Indian soil by November 2015 and the new Fortuner by 2016 festive season. I am not sure if Toyota changes its mind and brings in the new fortuner a bit early in 2016 after looking at the new Endy's sales (provided Ford doesn't become too greedy)