Audi A8 has not been too popular saloon in its segment, with the 7-Series and S-Class ruling but now Audi India has decided to get back into some action and launch the A8 by this Diwali. It’ll be offered only in LWB version and wear expected price tag of Rs.75 Lakhs. Now what’s under the hood? Well, it includes a massive 3 Liter V6 TDi capable of producing 240 BHP or a 4.2 Liter V8 TDi with 350 horses, coupled with an eight speed automatic transmission. Apart from this, Audi is also considering to expand dealership network across the country, like the one which has been recently innaugrated in Bangalore, located on Main Hosur Road , Electronic City. Considering the looks and exhilarating performance of this sports car under saloon clothing’s, This sure is going to give a real smack to BMW and Mercedes. Just have a look at these images. 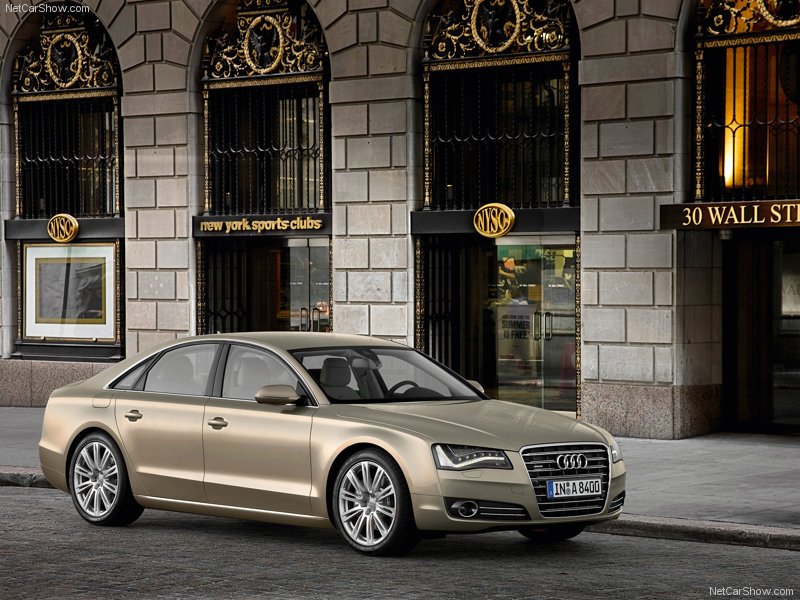 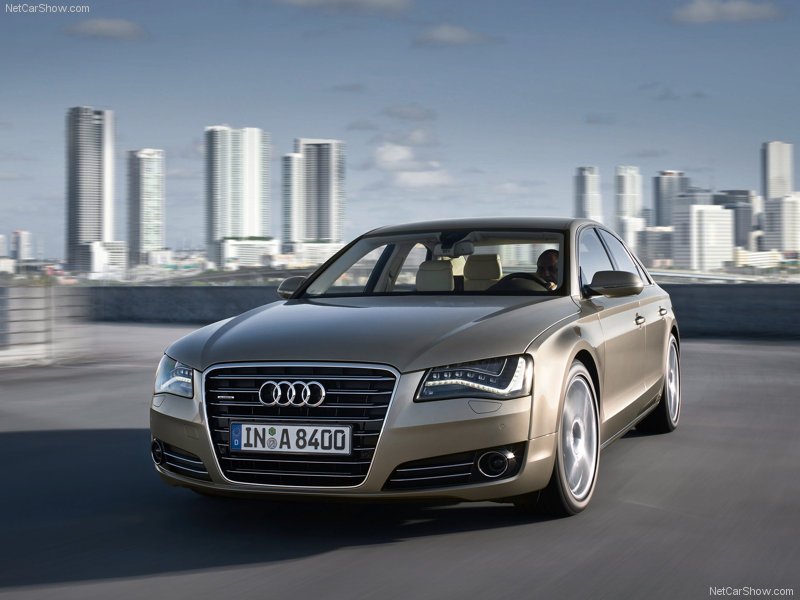 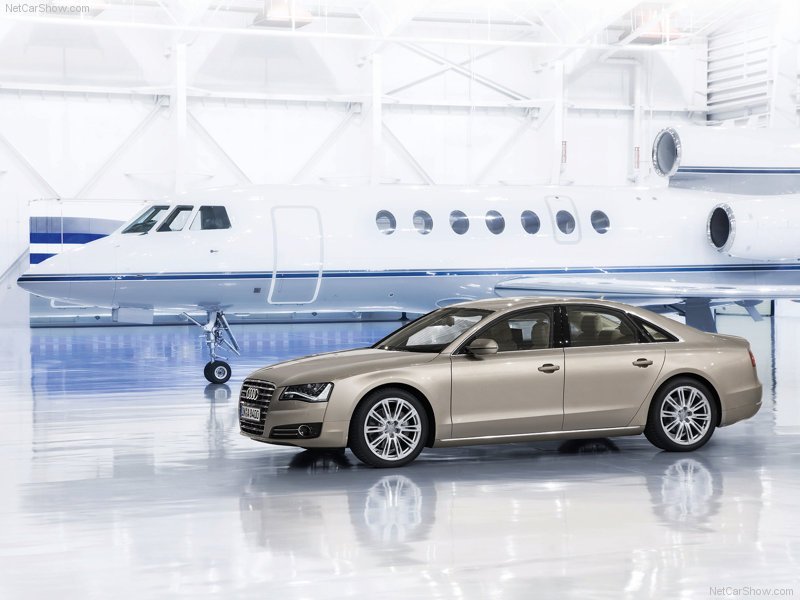 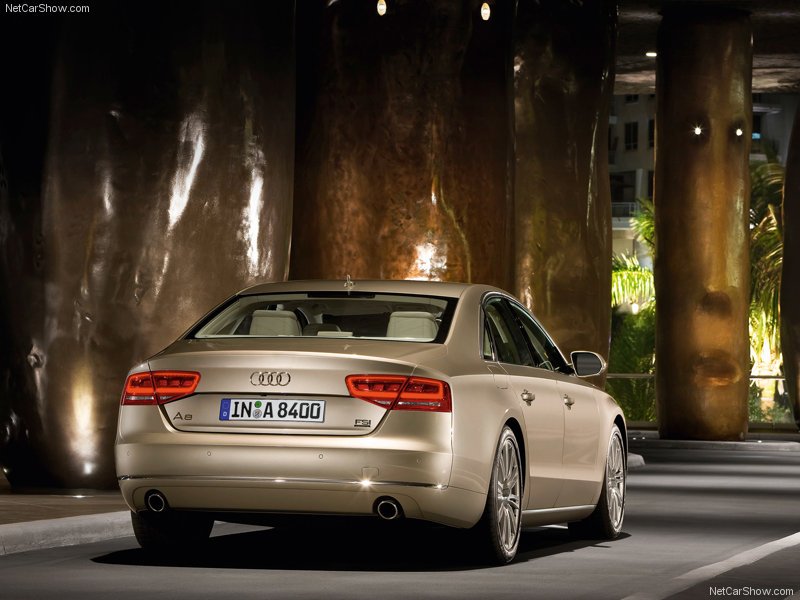 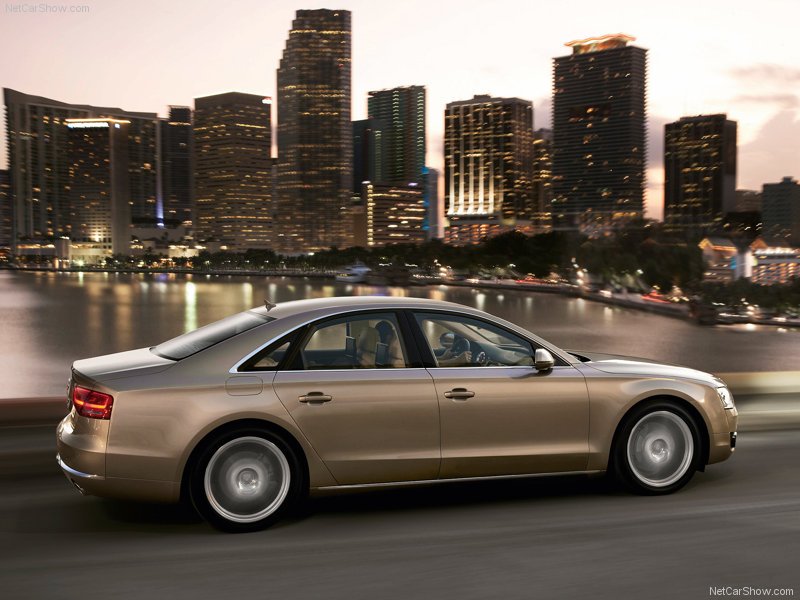 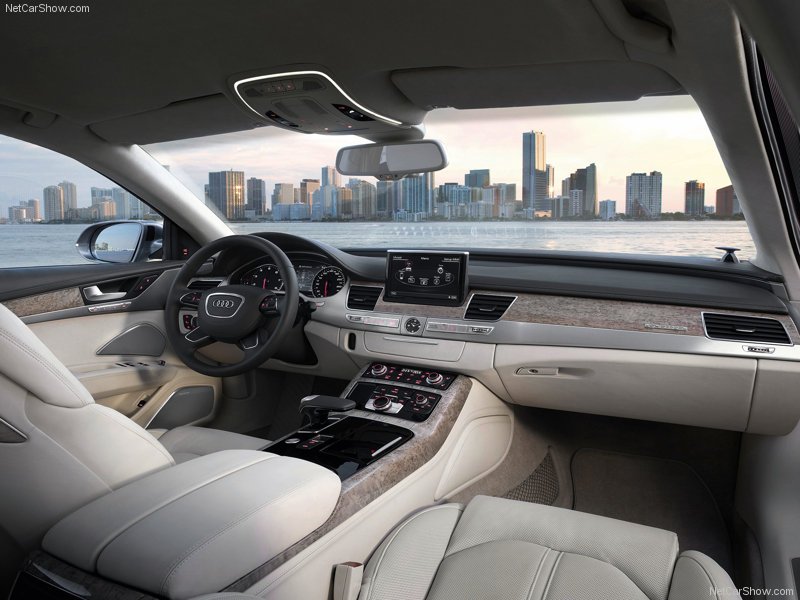 Awesome! the cabin is majestic!
M

I give credit to Audi as the car is close to the concept i saw at this year's New Delhi Auto Expo unlike Suzuki's Kizashi concept and reality but sadly it looks too 'soccer mom-ish' to me. I like the gangsta look of the current car much better.

A truly professional touch from Audi again for elite audience.

But could have been more stylish :)

Yeah the cabin is looking so majestic and huge like a 5-star hotel!

The flagship model of Audi is coming up around Diwali, really! Check out their Indian teaser website: http://www.audi-a8.in/

Gorgeous!! I like the headlamps, pretty striking to the eye.

Looks Awesome. The front Facia has a lot of Audi DNA to it but the design looks completely new and Fresh..wow.. The headlamps are really Unique and gives a aggressive look to this big cat.. The interiors are super premium with loads of space inside. Lets see how this manages to stand against the 7series, especially on the pricing chapter[thinking]

Exactly Vjroadie. The front is more or less similar to the other Audis. I loved the use of color combo for interiors. The shade used on Dash is pretty fresh.

monkey1 said:
I give credit to Audi as the car is close to the concept i saw at this year's New Delhi Auto Expo unlike Suzuki's Kizashi concept and reality but sadly it looks too 'soccer mom-ish' to me. I like the gangsta look of the current car much better.

Click to expand...
well am happy with production kizashi. would you have liked to see that fat concept car in production?

Audi is all set to launch its all new A8 executive saloon in India on January 10, 2011. The new A8 will take on the competition to the likes its other German rivals namely BMW 7-series and Mercedes S- class. The all new A8 offers dynamic excellence for those twirling the steering wheel and five-star appointments for those occupying the rear seats.

Engine options will include a range of hi-performance petrol and diesel engine units. The diesel engines include either a 3.0 V6 Tdi with 240bhp that powers other Audi models like the A4 and A6 and Q5. The new A8 may also have an option of the 4.2 V8 Tdi diesel unit with 350bhp also seen in the Q7 SUV. The petrol V8 range includes the 4.2 DOHC V8 FSI and the range topping W12. The range-topping model, the W12 gains some additional chrome on its nose and unique exhaust finishers.

On the inside there’s an all-new interior. The gear selector is now an electronic shifter, with four positions; Audi says it’s shaped like the thrust lever on a powerboat. The MMI system has been moved from the centre console to the fascia, and now features a touchpad panel, which allows you to write letters or numbers on the screen to enter phone numbers or navigation destinations. We expect prices of the all new A8L to be somewhere around the outgoing A8 which is priced at Rs 72.45Lakh for the 3.0 Tdi model, ex showroom Delhi.
Click to expand...

Wow , now that is what i call luxury on wheels! Launch is just 3 days now!
You must log in or register to reply here.