Raj Mahindra Great Escape is back again , Its on 25 july in Mumbai.
Are you going?
My dealer called me i said i will not go.
Check information here: :: Welcome to Mahindragreatescape.com ::

Nopes, i am not going in my 2WD scorpio, even though i think its allowed.

how much is usually participation fees for these events?

Umang said:
how much is usually participation fees for these events?
Click to expand...
2500 INR.
You have to take a DD in name of M&M.
And vehicle can be a rented or a friends but the driver should have a Valid Indian Driving license with proper documents.

hmm thats great and fees is nominal! what does the winner gets except certificate n all?

There is no winner, They want show how strong the vehicle is under such condition.
And you get tips about ,how to drive esp off roading techniques.
And lots of tips about driving.
With stay in Club Mahindra resort for a day.

raj_5004 said:
tata vehicles need to run reliably on-road first, then we can think about taking them off-road. no offence meant to tata lovers.
Click to expand...
Well said raj! Only reliable and tough vehicles can be used for such extreme actions!

PS: I am a hard core SAFARI fan

Off-Road freaks, Here you go. Check out the details of Mahindra Great Escape in Mumbai. 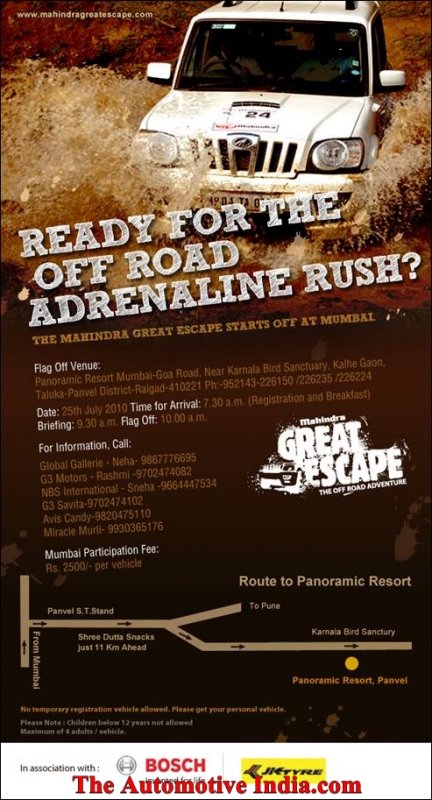 July 25, 2010, Mumbai: The 59th edition of the Mahindra Great Escape, one of India’s most loved off-roading adventures, concluded successfully in Panvel, near Mumbai with over 70 vehicles from the Mahindra stable manoeuvring the challenging route. Mahindra customers from Mumbai and neighbouring areas participated in the rally. The Panvel event received an overwhelming response from offroading enthusiasts.

The rally was flagged off by Mr. Rajan Wadhera, Chief Executive, Technology Product Development & Sourcing, Mahindra & Mahindra Ltd at 10:00 am from Panoramic Resort on the Mumbai-Goa Road, near Karnala Bird Sanctuary in Panvel district. Iconic Mahindra SUVs including the Scorpio, Bolero, Getaway, Legend, Major and Classic negotiated an arduous, undulating route of over 60 km to reach the finish point.

Initiated in 1996, the Mahindra Great Escape is a non-competitive, off-road rally to encourage Mahindra customers to test the strength of their vehicles on terrain other than tarmac. Mahindra vehicles are tough and rugged and are known for their reliable nature. The Great Escape serves as a platform to highlight this incredible ability and experience the thrills of 4x4 adventures. Through the years, the Great Escape has acquired a reputation as one of India’s premier off-roading events with each edition seeing eager participation from die-hard Mahindra fans and customers alike. From the hills of Coorg and the tea estates of Munnar to the undulating sand dunes of Mandawa in Rajasthan, the Great Escape has blazed a unique trail across the length and breadth of India. The Mahindra Great Escape was recently held in Chandigarh, Hyderabad, Munnar in Kerala, Coorg in Karnataka, Goa and also at Shahpur near Mumbai. 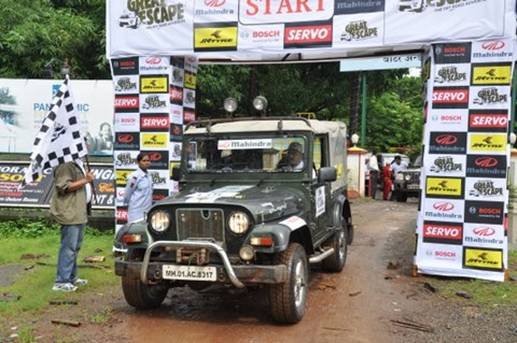 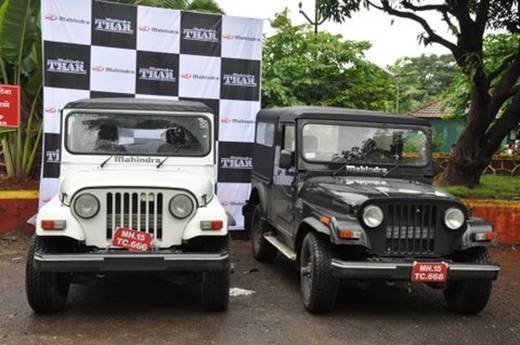 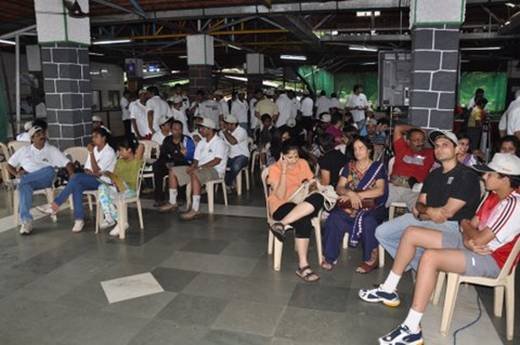 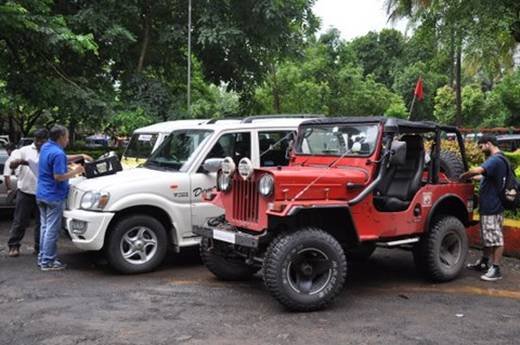 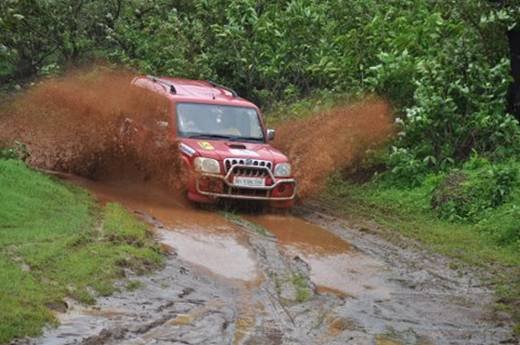 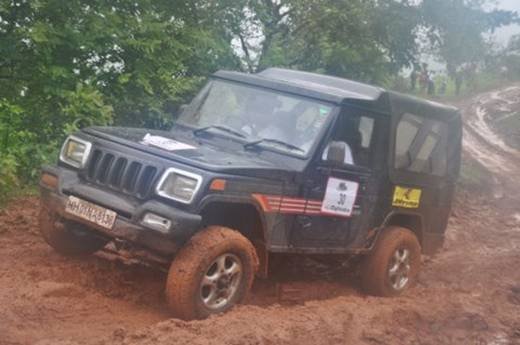 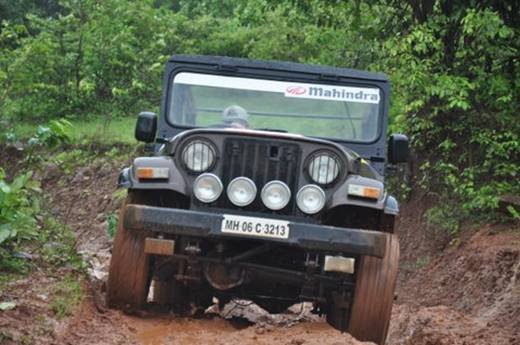 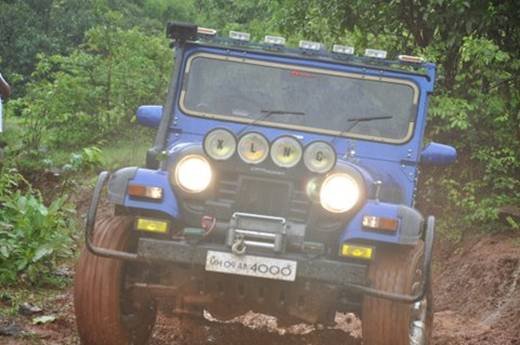 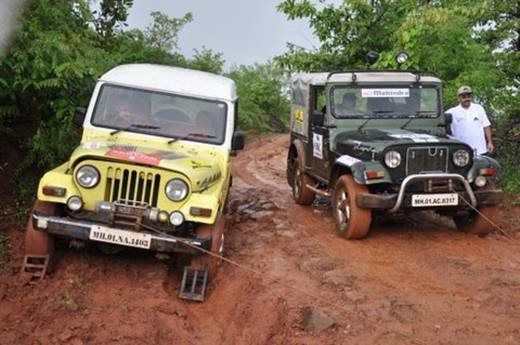 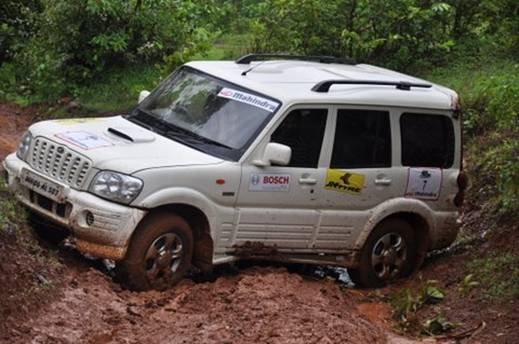 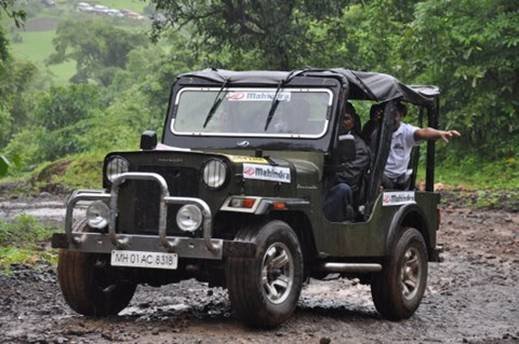 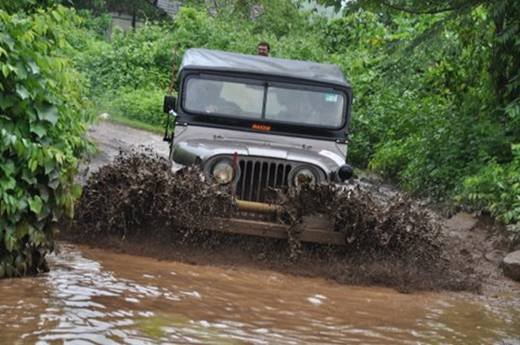 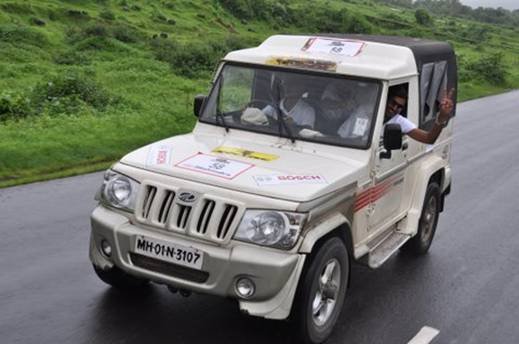 The footstep of Scorpio Turbo 2.6 Crde(2 WD) has bent.
I would never like to participate if the vehicles condition will go through such states.

Why is that white scorpio standing like that? slipped? its a CRDe model.

But cool pictures , BTW i love to see SUV'S with dirt and muck all over the body! Kinda gives an impression that only they are capable of doing that!

the 1st pic is a mahindra legend & 2nd pic is showing soon-to-be-launched Thar. i want a thar in green or white!

raj_5004 said:
Why is that white scorpio standing like that? slipped? its a CRDe model.
Click to expand...
2 Wd trying the task of 4WD

.
Its slipped & struck as well.
That too Jk's Elanzos not having enough tread.
Last edited: Jul 27, 2010
You must log in or register to reply here.