Why Badrinath?
Because I have visited many other places a lot of times but Badrinath was the east visited place.

How it happened?
I myself don't know..

I just badly needed a getaway and hence since father is out for some work so I had 3 days of free time and when father gave me the permission saying "Bike nahi,take the car".
Hence we planned the trip..
The destination was not fixed and hence,the bike started from Haridwar and on Rishikesh byepass we decided that we will go to badrinath,not Gangotri or Mussoorie.

Which bike and my take:
Yamaha SZ-R was the bike we used.. 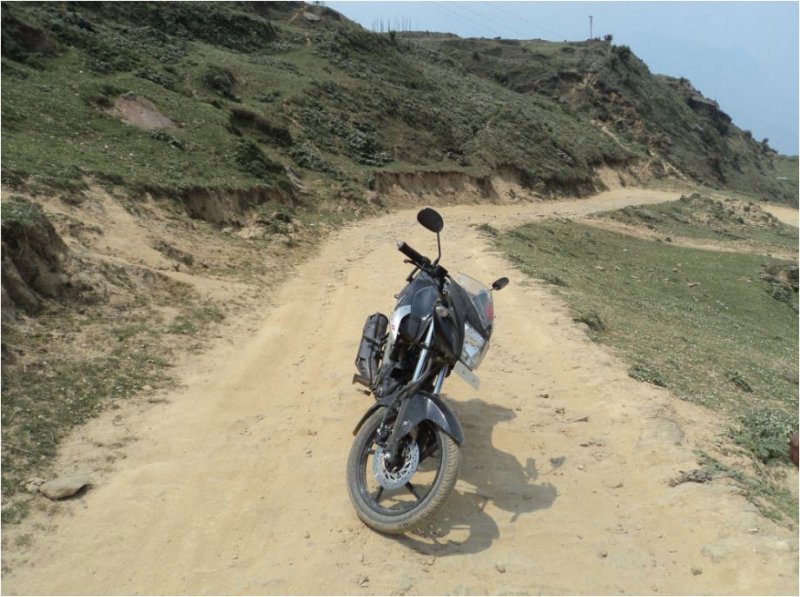 We left for Srinagar from Haridwar at 4:45 pm and covered about 134 kms in 4 hours reaching Srinagar at 8:35 pm.
We stayed in hotel Rajhans which is just opposite to the GMVN guest house..now let the pics speak..

Road was wide enough for doing good speeds,despite being hills.. 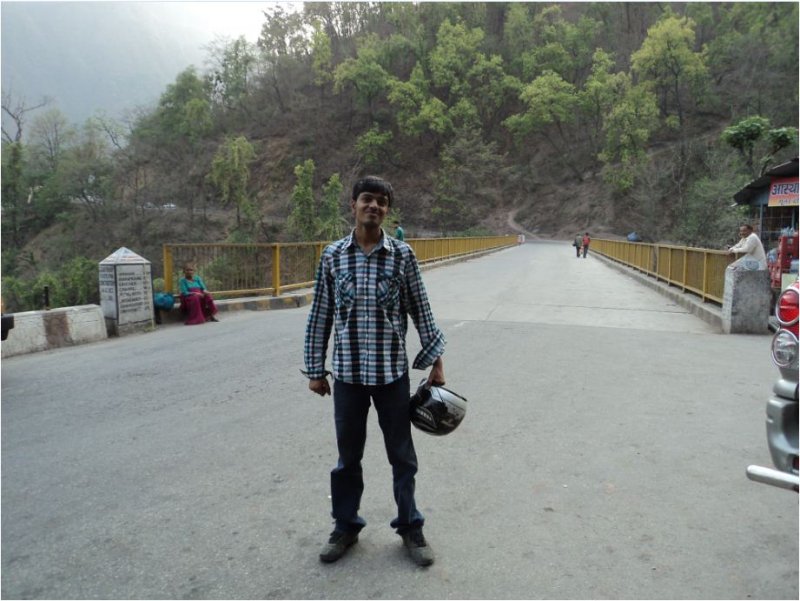 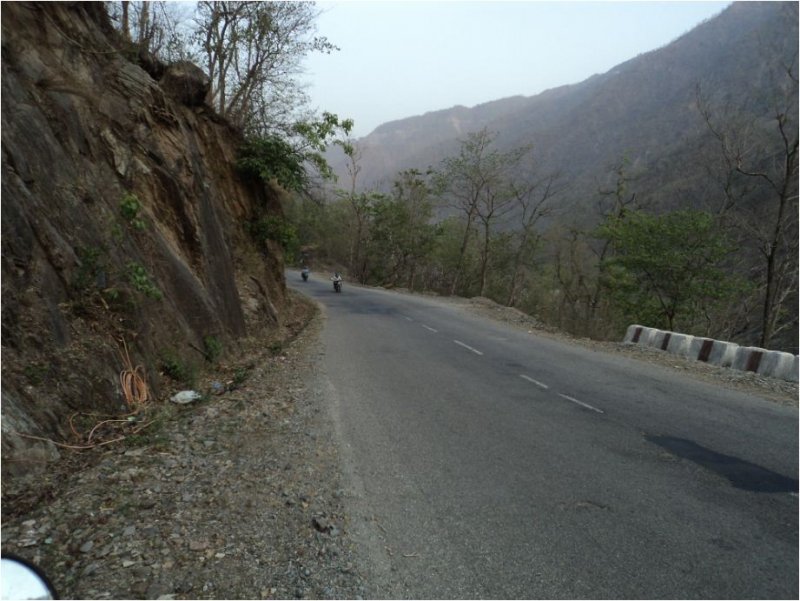 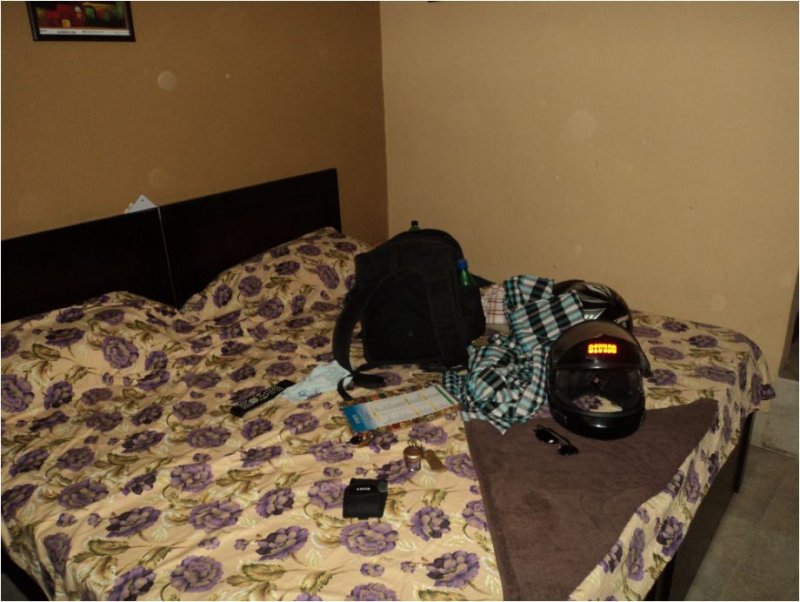 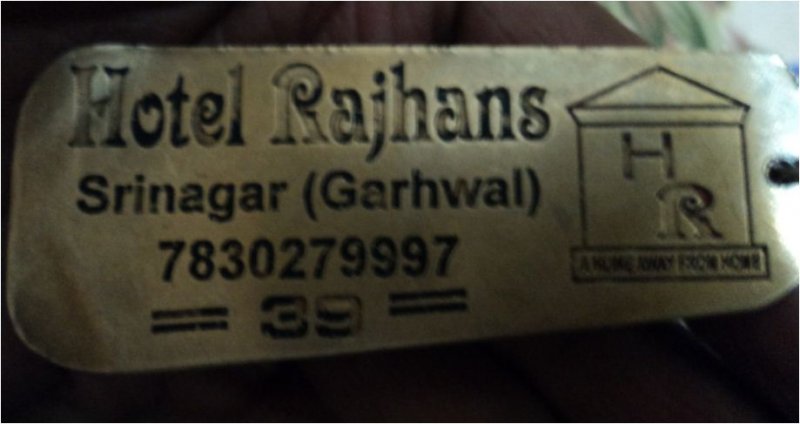 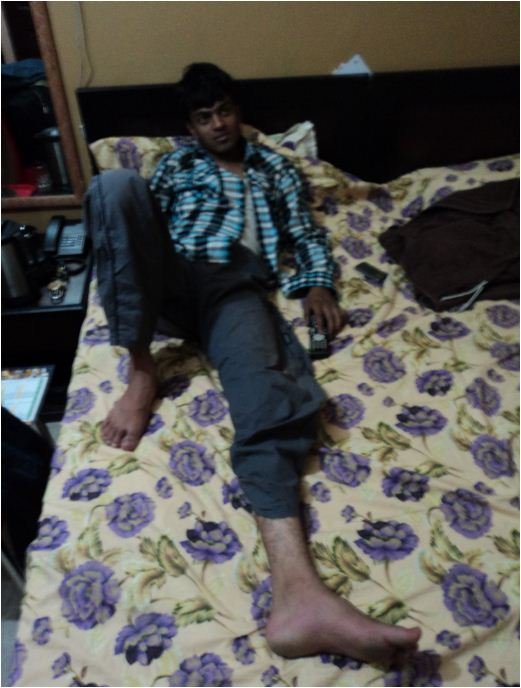 Thats a good start with good pictures to start with but, will await for more pictures..and

Did you visit Kedar too???

Waiting for lots of pictures.

As usual smiling vipul, can see a Scorpio on your left in that pic.

One day I will plan to this place on my Hawk.

I have to visit Kashi Mutt of our community.

@Jayesh:
Buddy I am not a shutterbug and hence have just 35-40 pics only,will be posting them soon.

@Mukesh:
We didn't went Kedarnath because it has 14 kms of walking as well as we were quite out of time too.

Definitely you must plan this trip in your Hawk,the roads are a delight for Scorpy..

Good writeup Vipul, great to see you managing such a trip in so less time that too on two wheels, waiting for next updates.

Thanks buddy,about managing the trip thing:-
We were just two guys and hence we were really fast,in fact except a Pulsar 220 no other vehicle even overtook us throughout the way.
About to wheels,although its not as comfy as a car but still it was a memorable trip,at least now its the time has came for me to switch to 2 wheelers.Soon we are planning one more trip on my 220.

GMVN guest house,just opposite to our hotel: 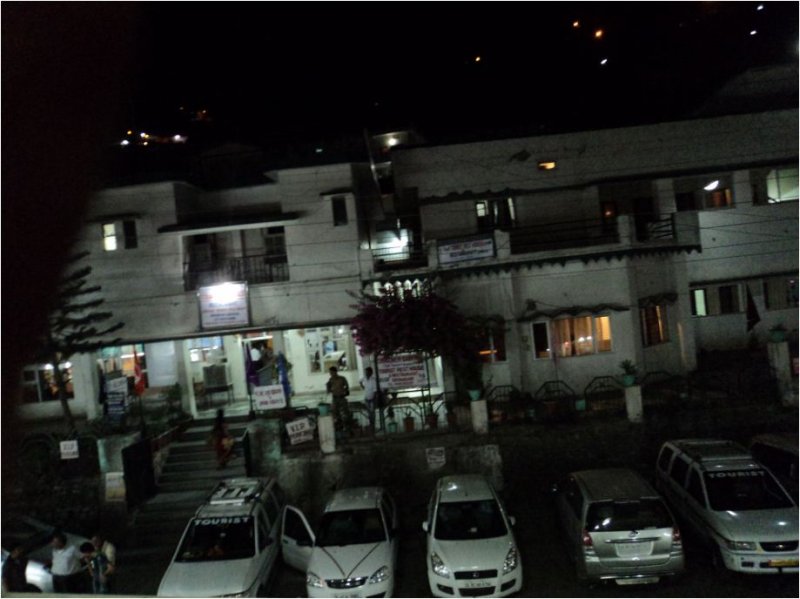 Even at midnight(12:10 pm)there were some people roaming on the streets: 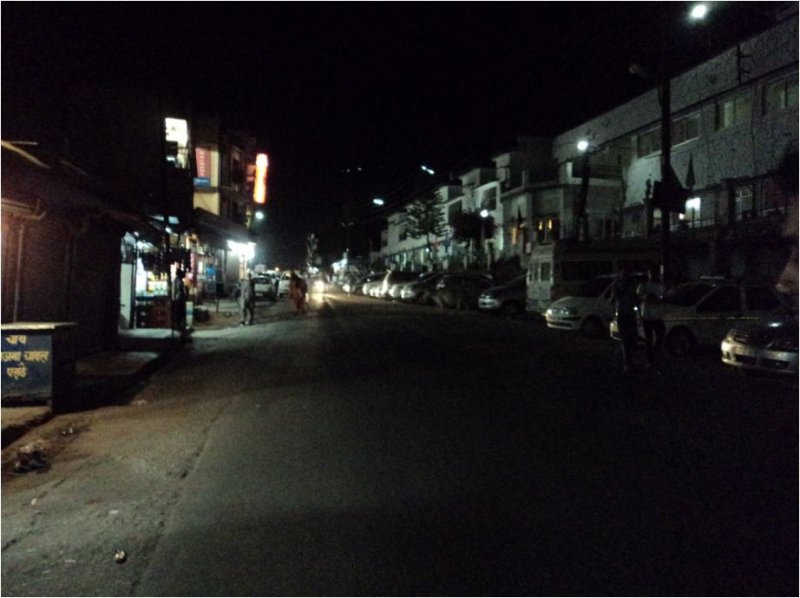 On the next morning I woke up at 5 am and found a lot of people started moving towards Badrinath and hence preponed our moving time from 10 am to 7 am.

In the morning,everything looked this way: 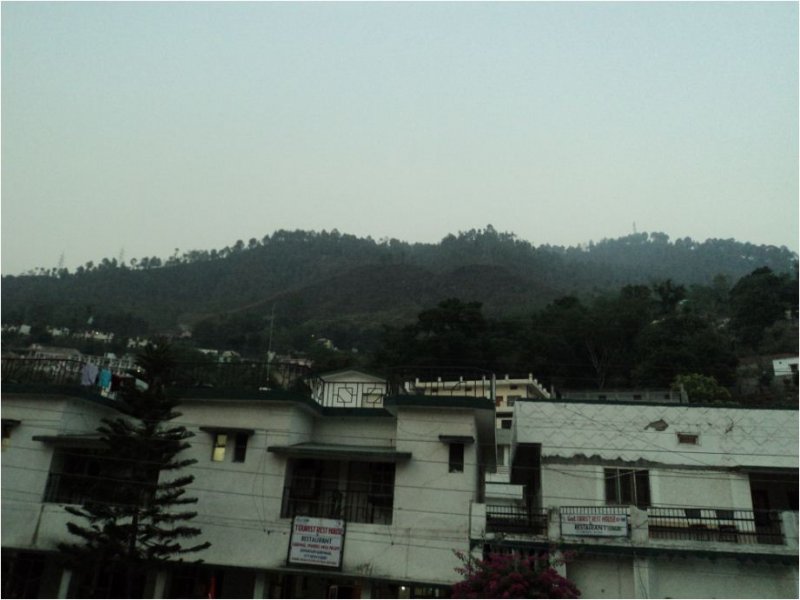 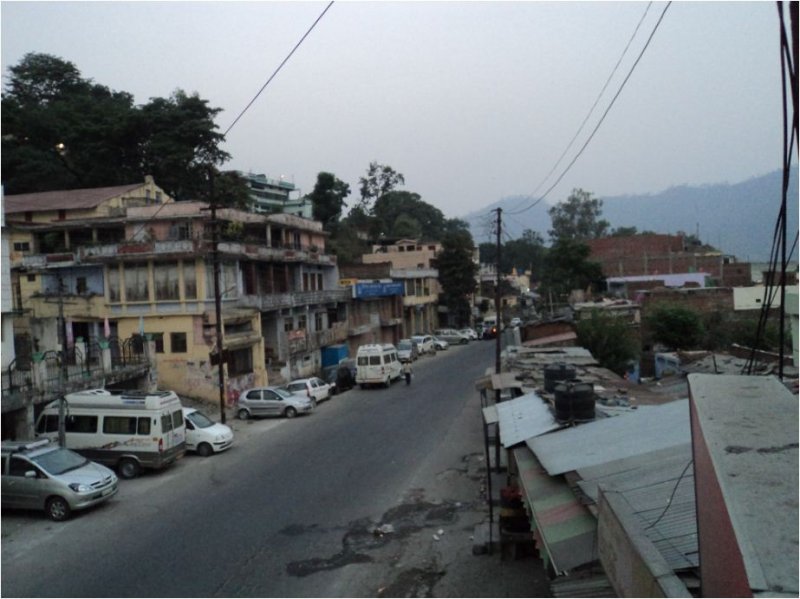 A collapsed bridge just outside Srinagar.. 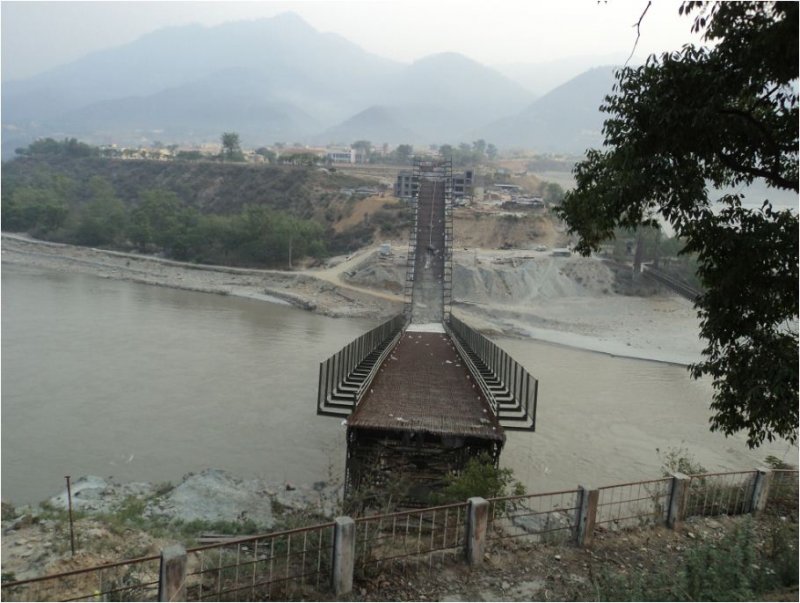 A suspension bridge,near the collapsed one.. 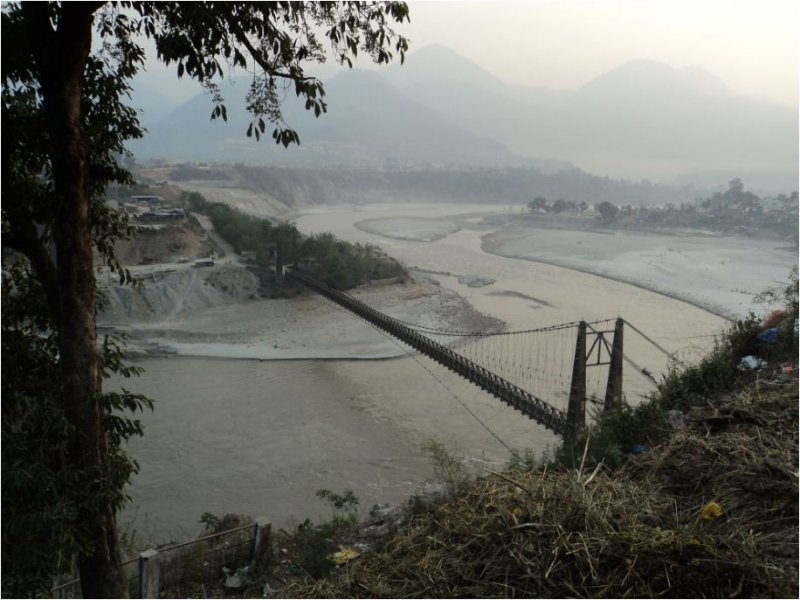 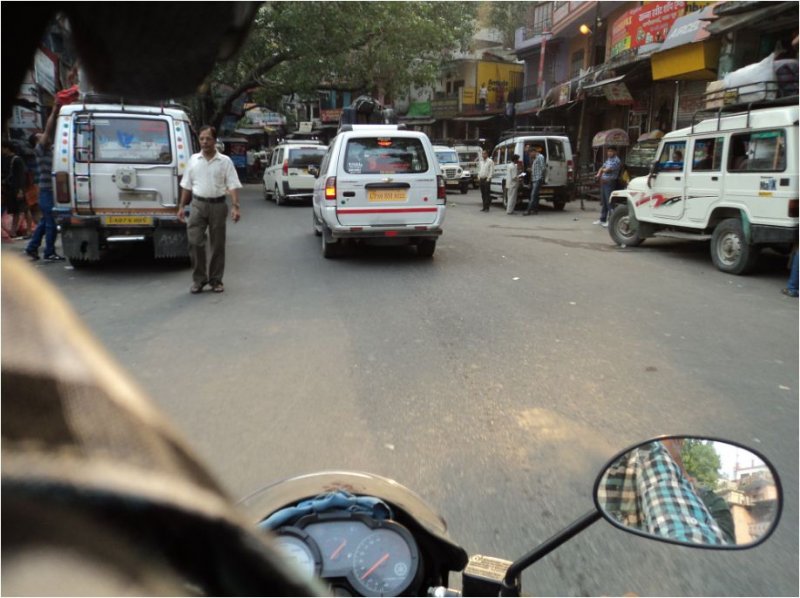 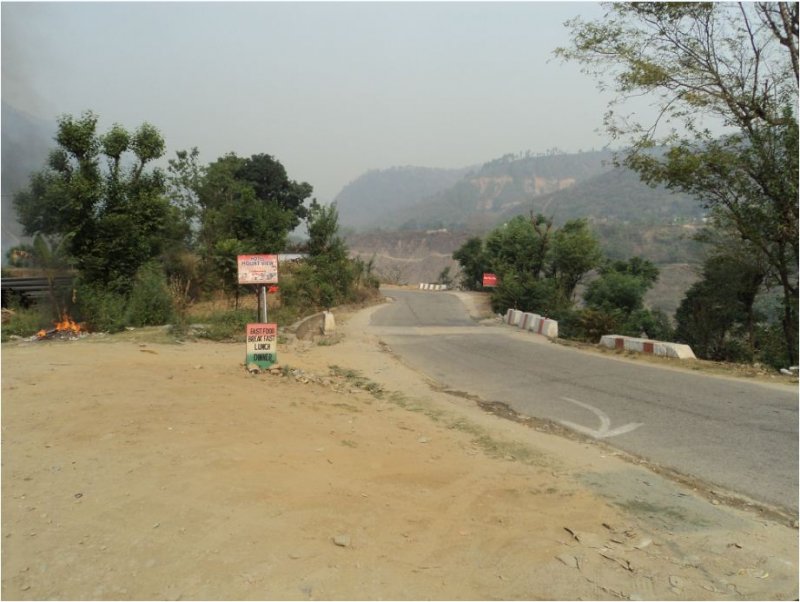 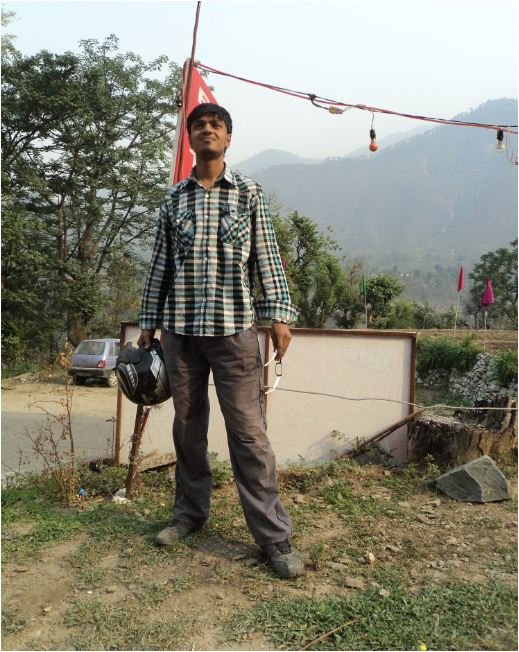 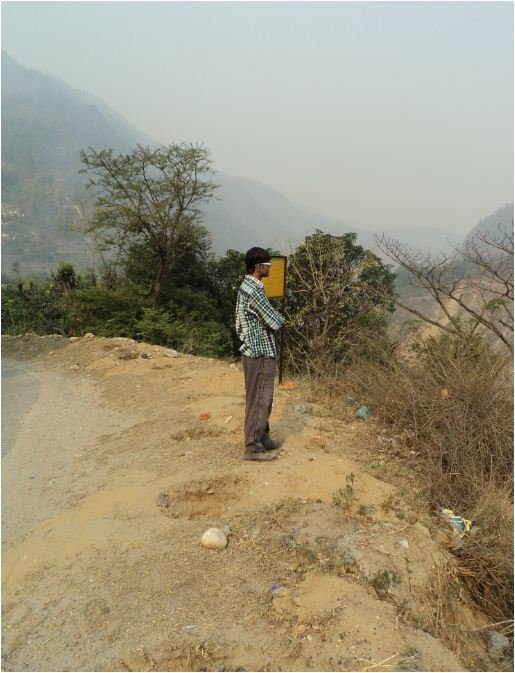 I have stayed thr not once or twice but thrice. I am into active trekking ang Gahrwal has been my favourite. I almost know it like the back of my palm.

Please carry on with the rest of the story. Eagerly waiting for my memories to be brushed.

And congrats for making it there in a bike.

@Chandranath:That's great,so how about sharing some of your experience with us?

A single lane road it was.. 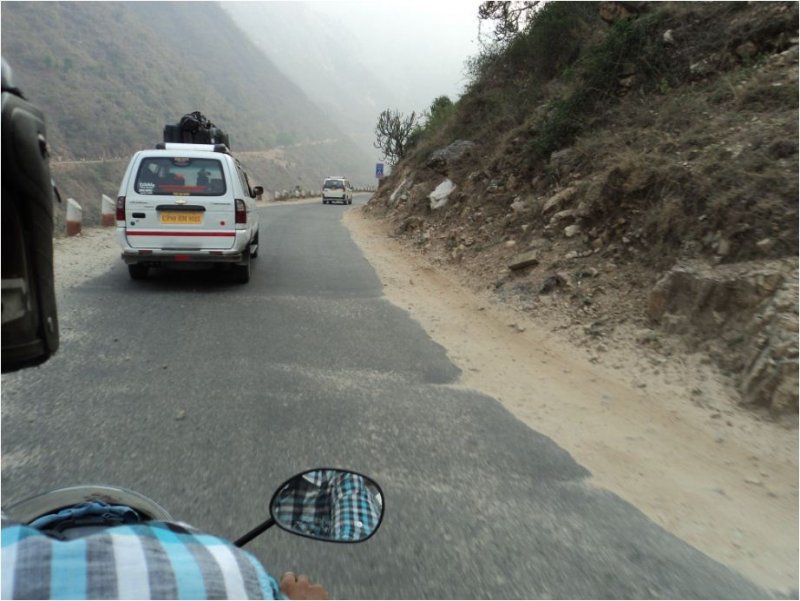 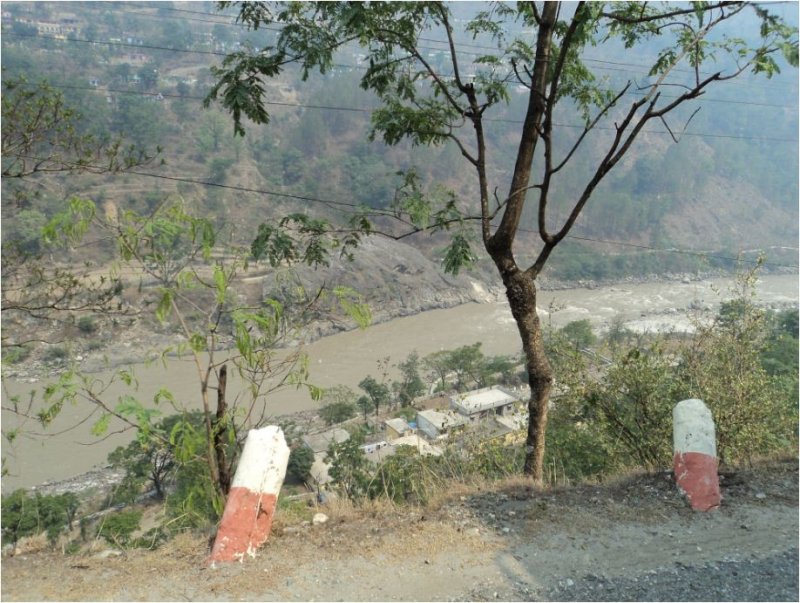 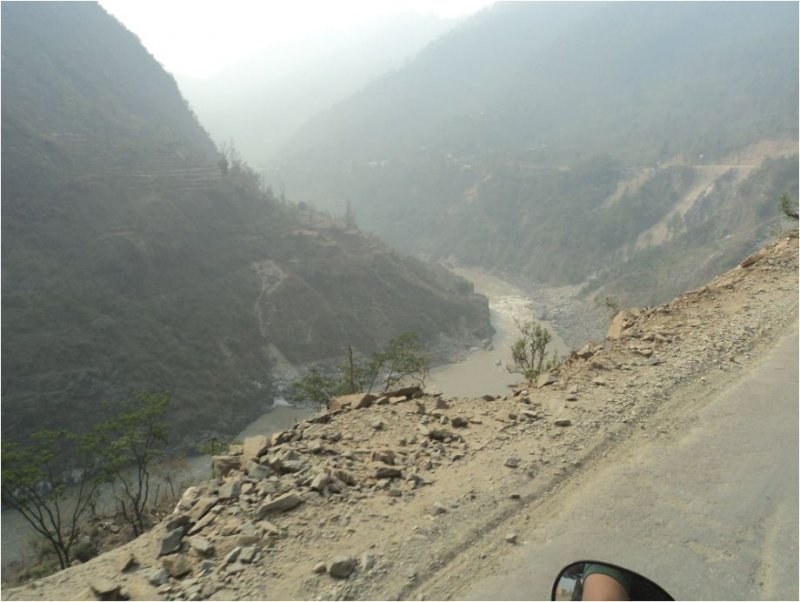 In Langasu we again found a wide 2 lane road.. 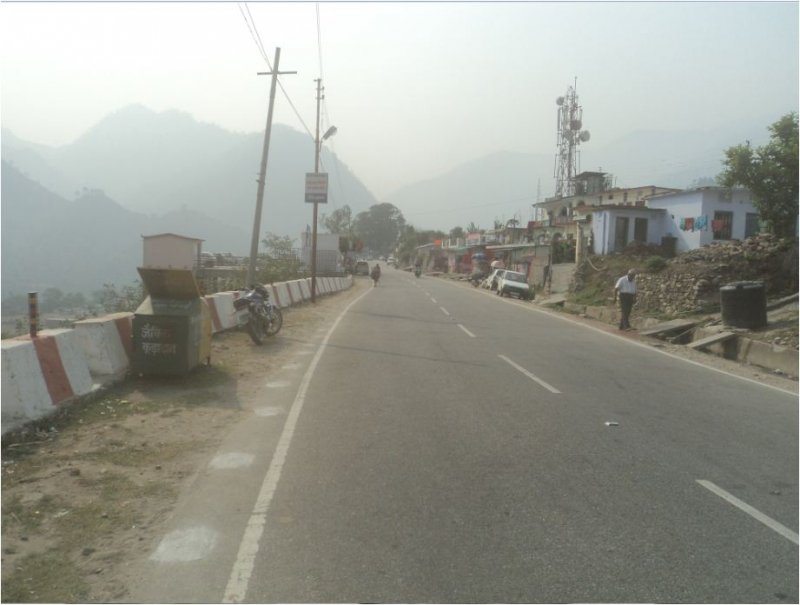 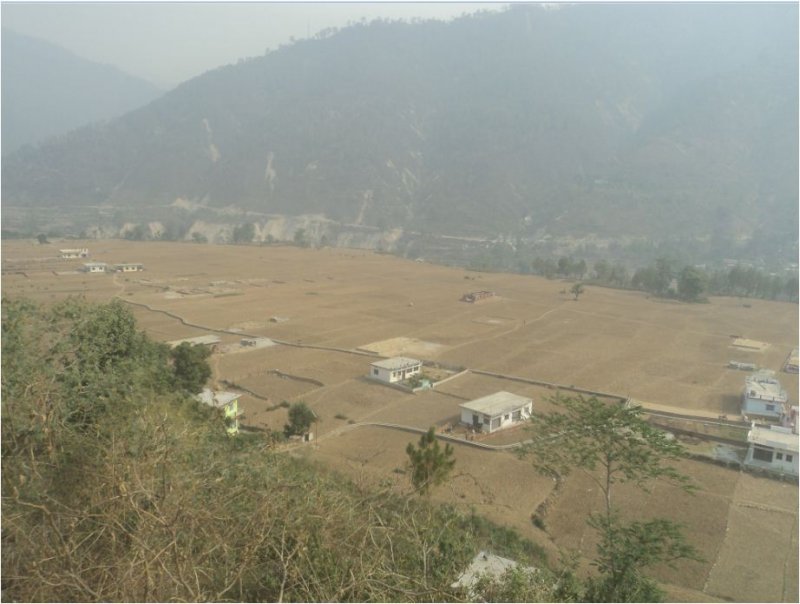 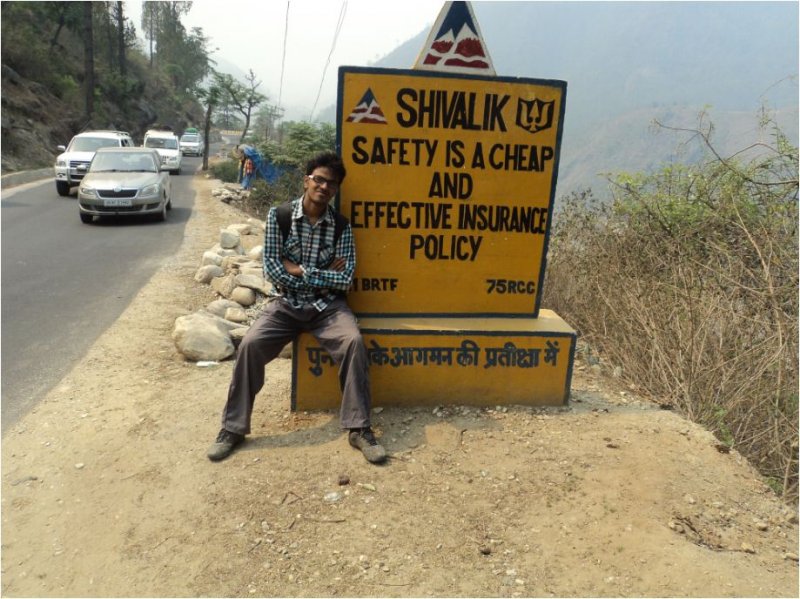 Overhangs after moving some more distance.. 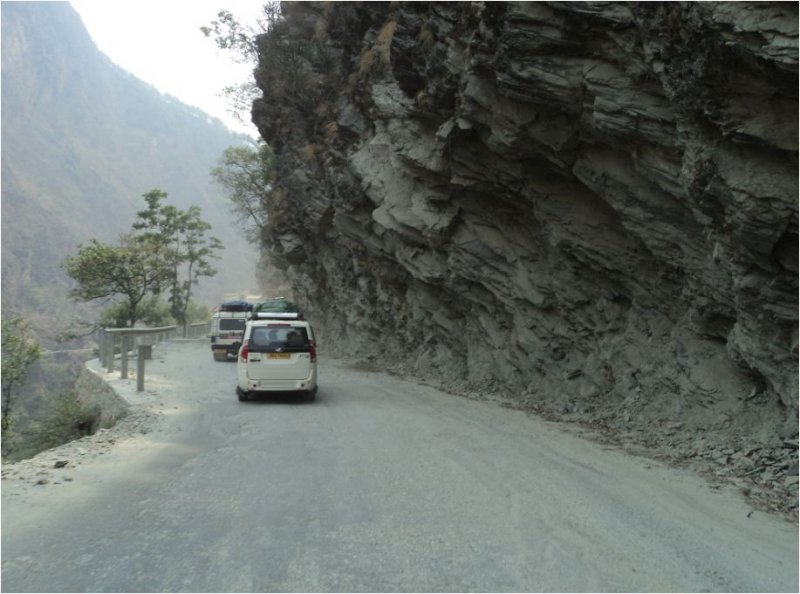 A landslide zone on the way to Joshimath.. 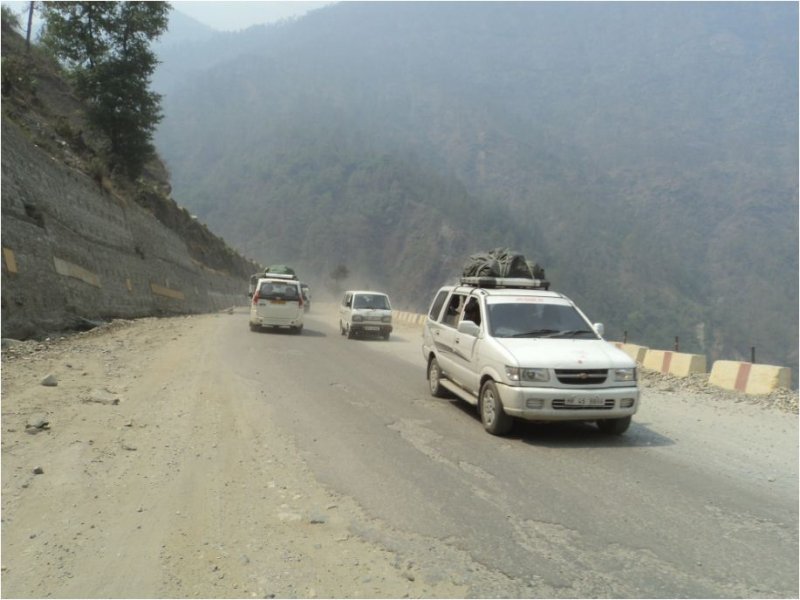 Slowly slowly we climbed on nearly the top of the hill..have a look at a wide landslide area.. 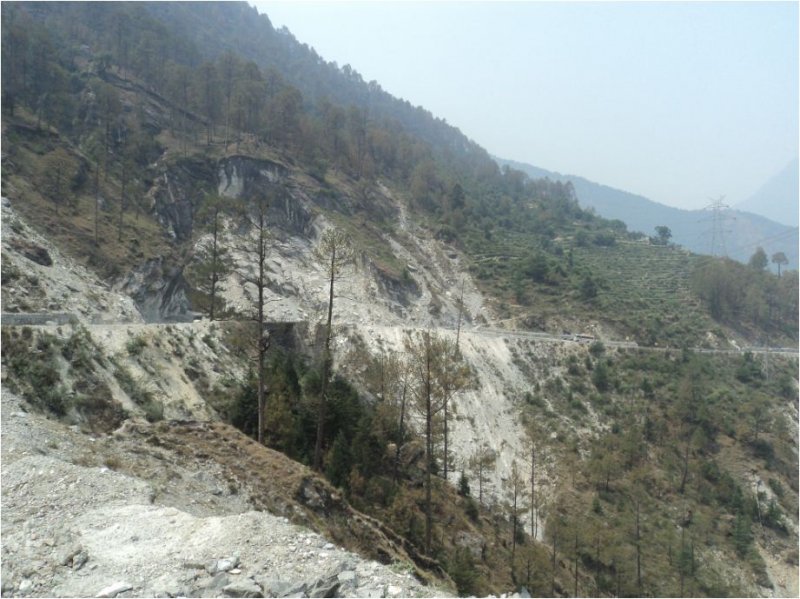 Climbing road,like those shown in IRT deadliest roads..near Joshimath.The bike lost its power after reaching there!! 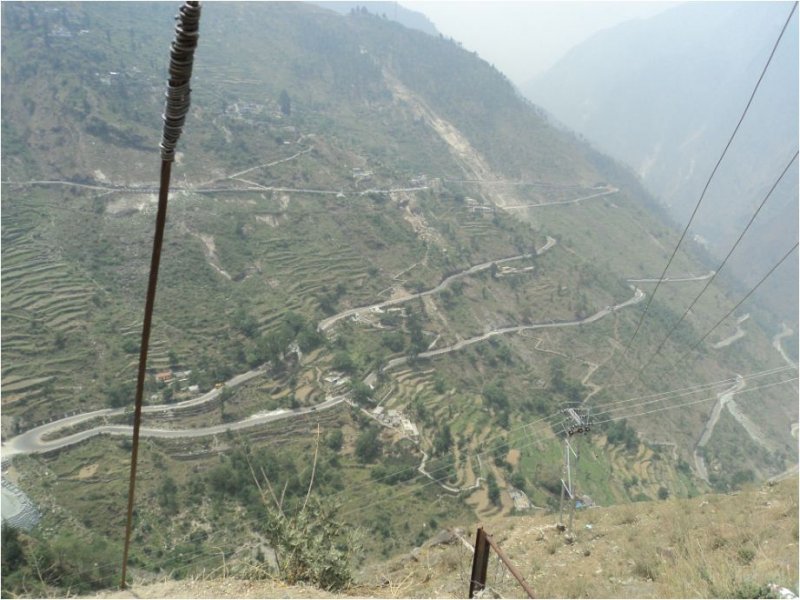 The bike was given a quick service in Joshimath...air filter cleaning,mobile oil change and spark plug change(just as a precaution).. 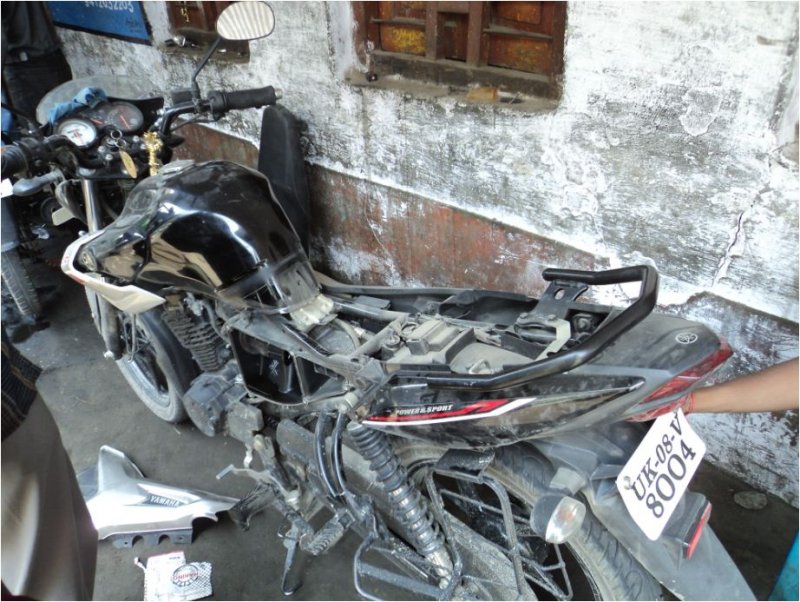 Rest here is the ultimate pic to kill you,and the next pic in the series too:-

Amazing travelogue Vipul and nice pics too. The pic above is definitely a killer, what happened actually, somebody dragged you out of the bed?

Haha,freakdude buddy,take it this way:-
You have been on the pillion seat for last 40 kms without helmet(had one,but haven't put it) then you stop only to see that the bike has given up.
Now you have a lot of pain in ass,your knees are not opening up easily and nearly every joint of the body is paining slightly and you have eaten up more dust than in your city in just 30 kms..
Now after all this torture if you are asked to smile for a pose,then I am sure anything like the above pic will be coming up...right?

More to come:
Joshimath to Auli.
Joshimath to Badrinath.
Badrinath to Haridwar.
Let me compile the pics and then will be posting the further trip soon..

hahahahahahaha. after you described the reason, i had a nice look at the pic again and it was like all what you just said was written all over you. but hats off to both of you for such an adventurous trip on 2-wheels.